More than 1,500 people were killed or injured in July 2019, as peace negotiations fail to find solution to bloody war. 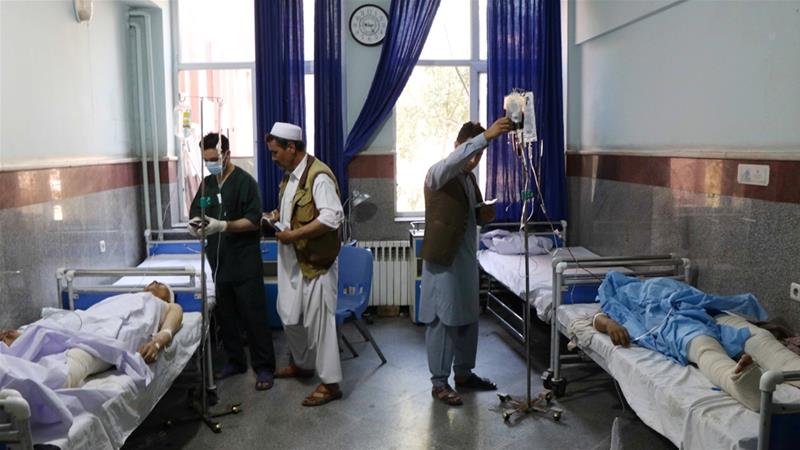 More than 1,500 civilians were killed or injured last month due to the ongoing war in Afghanistan, according to the United Nations Assistance Mission in Afghanistan (UNAMA).

The figure is the highest in a single month since May 2017, UNAMA said in a statement released on Saturday.

The main driver was a sharp rise in civilian casualties from increased activity by the Taliban in urban areas against military installations.

The agency said that the use of improvised explosive devices (IEDs) accounted for more than 50 percent of the casualties.

UNAMA said it remained “gravely concerned” by the harm done to civilians.

“I call on all parties not to ramp up military operations thinking that doing so will give them a stronger position in talks about peace,” UN Secretary-General’s Special Representative for Afghanistan, Tadamichi Yamamoto, said in the statement.

The agency also urged all parties to “put in place more effective procedures for them to obtain accurate information about the harm their operations cause to civilians and to be more open and honest with their public statements concerning civilian casualties”.

The statement was published hours before the latest round of talks between the United States and the Taliban kicked off in the Qatari capital, Doha.

The talks are aimed at finding a peaceful solution to the Afghan conflict. However, Afghanistan’s government is not taking part.

In a report on Tuesday, the UN said that in total, 1,366 civilians had been killed in the conflict between January 1 and June 30, registering a 21 percent decrease from the corresponding period last year.

Air attacks and ground operations by government forces in Afghanistan killed more civilians than assaults by anti-government elements in the first six months of the year, according to the report.

Who is rock climber Alex Honnold, what's Free Solo and is he in Valley Uprising?