THOUSANDS of axed and delayed flights left travelers across the US stranded over the Juneteenth holiday weekend.

One shocking image shows a child left sleeping on the airport floor amid claims that another passenger had a heart attack running to her gate. 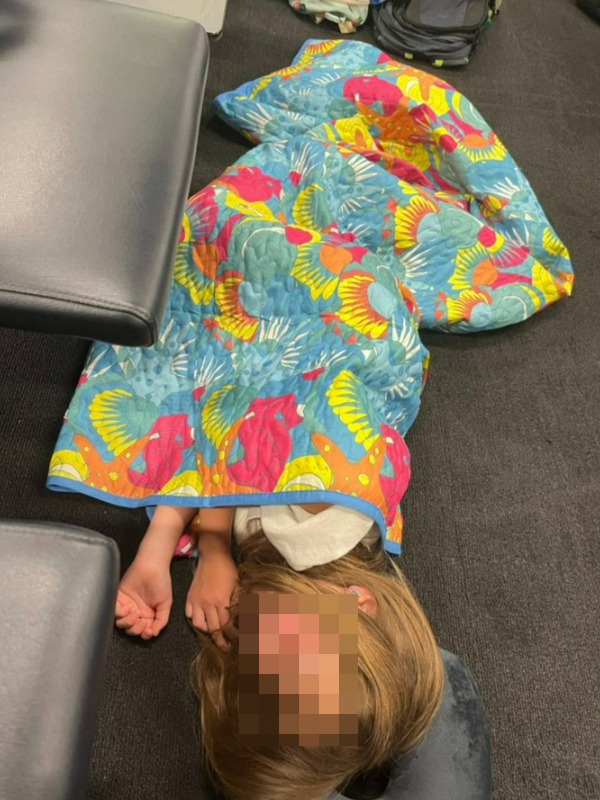 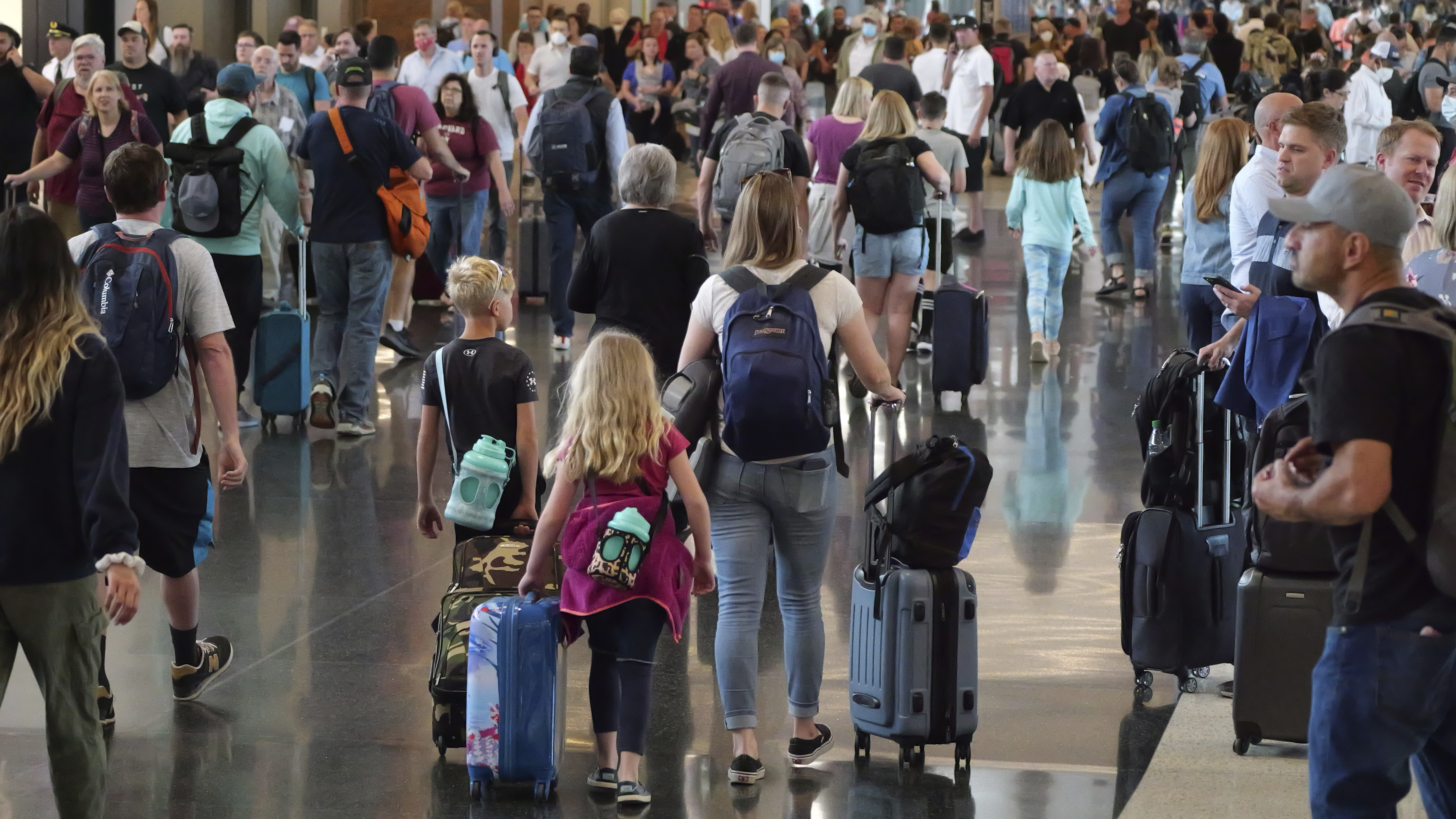 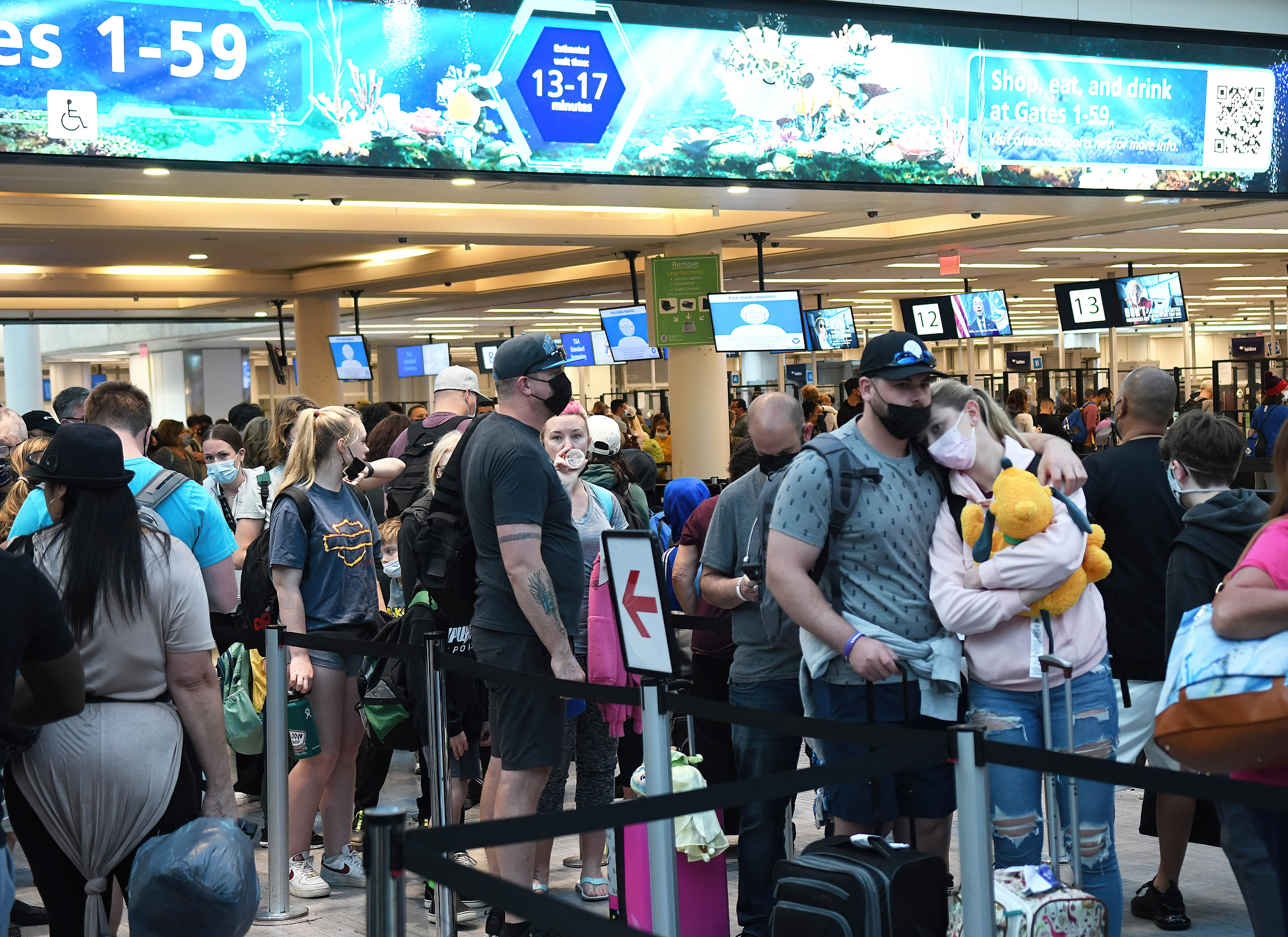 By Monday morning, airlines had scrubbed 290 flights after cancelling thousands more over the Juneteenth and Father's Day weekend.

The travel chaos hit as airlines and airports grapple with growing crowds of summer vacationers.

Friday marked the busiest day of the year for air travel, the TSA said.

One mom tweeted that her 17-year-old son had witnessed a woman suffer a heart attack running to her gate at Charlotte-Douglas International Airport in North Carolina on June 17.

She wrote: "Multiple last min gate changes, 2 cancelled flights, woman had a heart attack in front of him after running to a new gate, hours stuck on plane only to have it cancelled.

The Sun has contacted Charlotte-Douglas International Airport for comment.

Sharing an image of her daughter sleeping on the airport floor, Nikki Webber wrote: "If you don’t have enough pilots, stop selling all of the flights.

"I would rather pay more and arrive on time so my kids aren’t sleeping on the disgusting airport floor in the middle of the night waiting for your pilots to arrive."

PLEASED TO SEE US, JACK?

Another added: "I landed 90 minutes ago and haven’t move. @Delta I wouldn’t wish you on my worst enemy."

New mother Brooke Osborne said she was running out of supplies for her baby.

She said: "We've just been giving her more food throughout the day and less bottles since all of her formula is in our checked bag, which is in Omaha."

Airports with the most cancellations at the end of last week included those in Charlotte, North Carolina, a major hub for American Airlines.

They met to discuss the steps the airlines are taking to operate smoothly over the July 4 holiday and the rest of the summer, and to improve accommodation of passengers who get stranded when flights are canceled.

Buttigieg tweeted on Friday: "Air travelers should be able to expect reliable service as demand returns to levels not seen since before the pandemic."

Delta Air Lines canceled the most flights over the Memorial Day stretch.

It said Friday it has reduced cancellations by hiring more pilots and flight attendants and by scheduling crews to adjust more quickly to disruptions such as thunderstorms.

Delta said: "We apologize for any inconvenience and delay customers have experienced as a result of issues primarily driven by weather, ATC, and crew resources.

"Delta people continue working hard to deliver the operations customers have come to expect from us, and we are working quickly to resolve travel issues and get customers to their destination."

The airline told CNN: "A variety of factors continue to impact our operations, including challenges with air traffic control, weather and unscheduled absences in some work groups.

"Canceling a flight is always our last resort, and we sincerely apologize to our customers for the inconvenience to their travel plans." 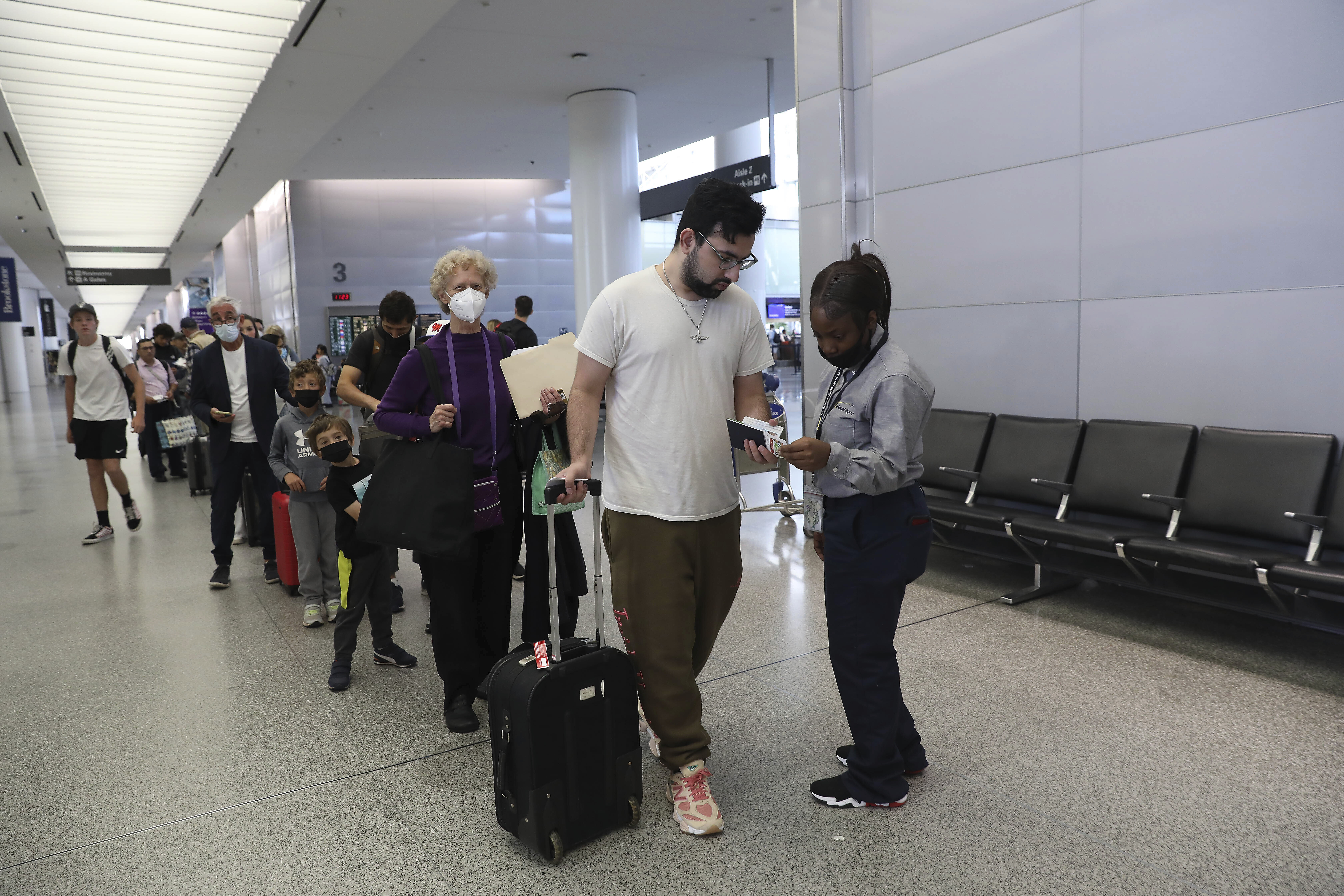 Man ‘stoned to death’ on grounds of historic UK castle