AT LEAST four people have been killed in a horrific crush in what has been described as the "worst day so far" in Kabul.

Thousands continue to gather around the airport as they desperately try to get flights out of Afghanistan after the country was seized by the Taliban. 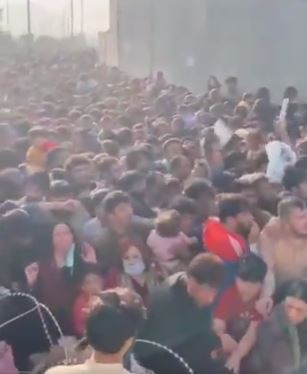 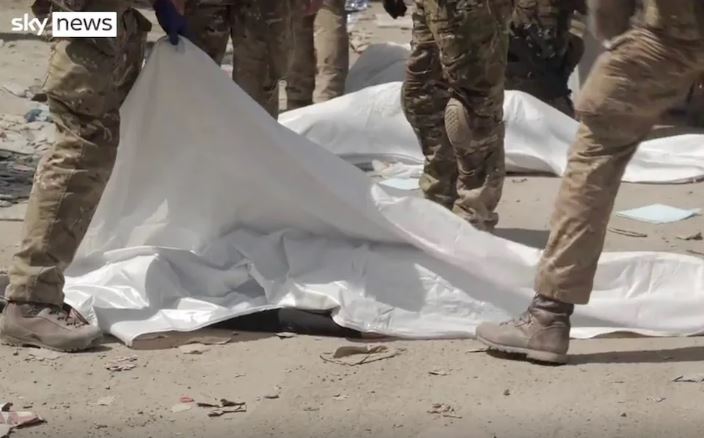 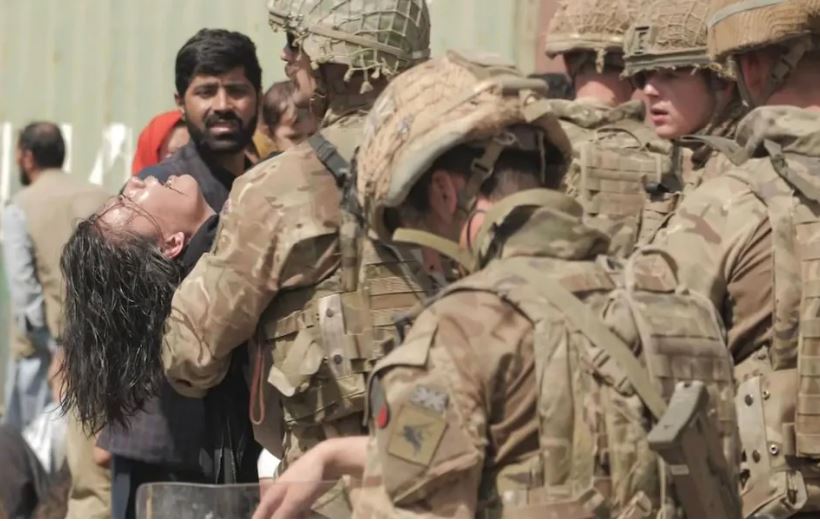 Horrific footage which was allegedly taken today shows throngs of people crushed together shoulder to shoulder as they mass around checkpoints guarded by soldiers.

Screams can be heard and gunshots are fired over their heads – but the desperate people appear trapped in the crush, unable to move beyond being buffeted along by the people next to them.

Other videos shows soldiers leaning over barricades as they plucked children from the hands of their parents as they found themselves unable to move.

Numerous people have reportedly received medial care for asphyxiation and dehydration amid in crush in temperatures of up to 31C.

Tweeting from Kabul airport, journalist Kim Sengupta said he had witnesses "four people, all women, die from the heat and crush". 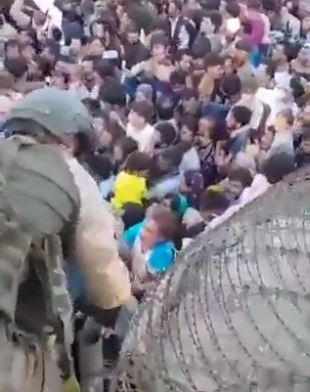 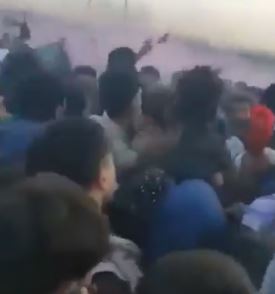 The scene was "grim" and said it was "probably the worst morning so far" since the Taliban took power as "huge numbers" turned up at the airport, the Independent reporter told LBC.

He said: "This is the worst day so far. We’ve just come from the outside back into the camp, we’ve been there a few hours. It is utterly, utterly horrendous.

“It is boiling hot, people have been queuing in their thousands and they’re now coming down the road to containers – big cargo containers that are designed to funnel the people down to the right hand side and mainly down the left-hand side – but people at the front are being absolutely crushed and we believe people have died this morning.”

British and US troops were "firing into the air" to try make people step back, while the shouts for "medics and stretchers is almost continuous", Mr Ramsey explained.

Mr Sengupta added: "“What happened today was a lot of people had turned up, a lot more than before, adding to the huge numbers.

“It’s been an absolutely horrendous morning, probably the worst so far.

“I’ve seen four people crushed to death in the space of about an hour, there are probably more dead in places we cant access."

🔵 Read our Afghanistan live blog for the latest updates

He added: "The British soldiers have been magnificent in trying to look after the people that have been injured and dying and they did what they could…but it was too late.”

Troops are now in a race against time to evacuate up to 6,000 Brit nationals and Afghan locals from war-torn Afghanistan as the UK urges President Joe Biden to delay the withdrawal of US forces from Kabul airport.

British paratroopers are desperately trying to manage to chaos at the airport amid fears the evacuation mission could collapse in days. 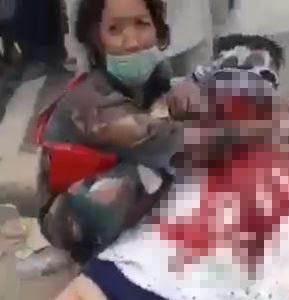 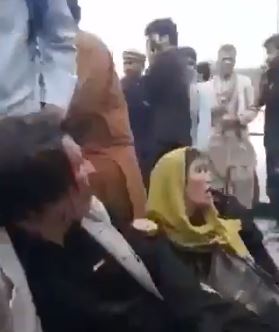 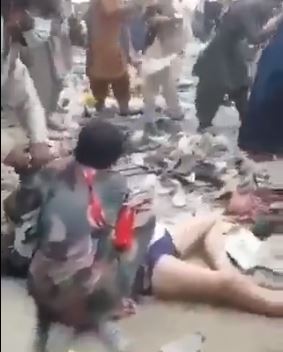 Ministers have reportedly been told the last British evacuation flight out of Taliban-controlled Kabul could be on Tuesday – but a final decision had not been taken, reports The Daily Mail.

"At the moment the large majority are getting to us. Now of course, some will not be able to get to us."

Shocking photos show troops attempting to manage thousands of refugees and foreign nationals at the only route out of the country.

Paratroopers were reportedly forced to link arms and push back the angry crowd – some of whom waved British passports in the air.

A senior government source told the Times: "People are going to get left behind. It's a question of how many. It could be thousands. I don't think people have realised the extent of the risk."

It comes as former British Marine Pen Farthing revealed he and his charity staff are plotting tobreak through the Taliban ranks and into the city's airport in an attempt to flee the country.

"Somebody somewhere needs to get a grip of this. It's not a joke, it's not anything, that is genuinely what we are trying to do. With our team here I am going to try to plan to break into Kabul airport. I'm lost for words." 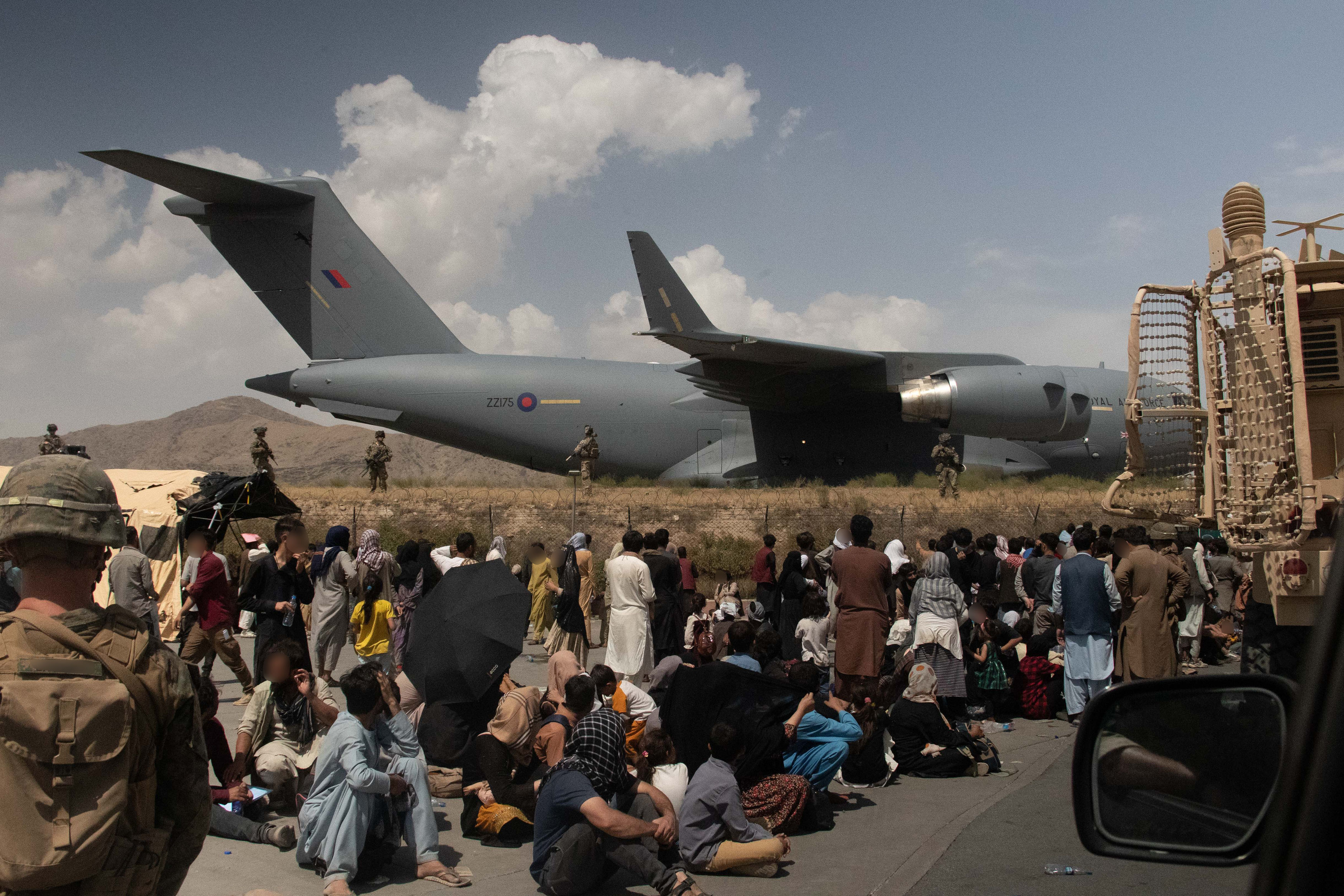 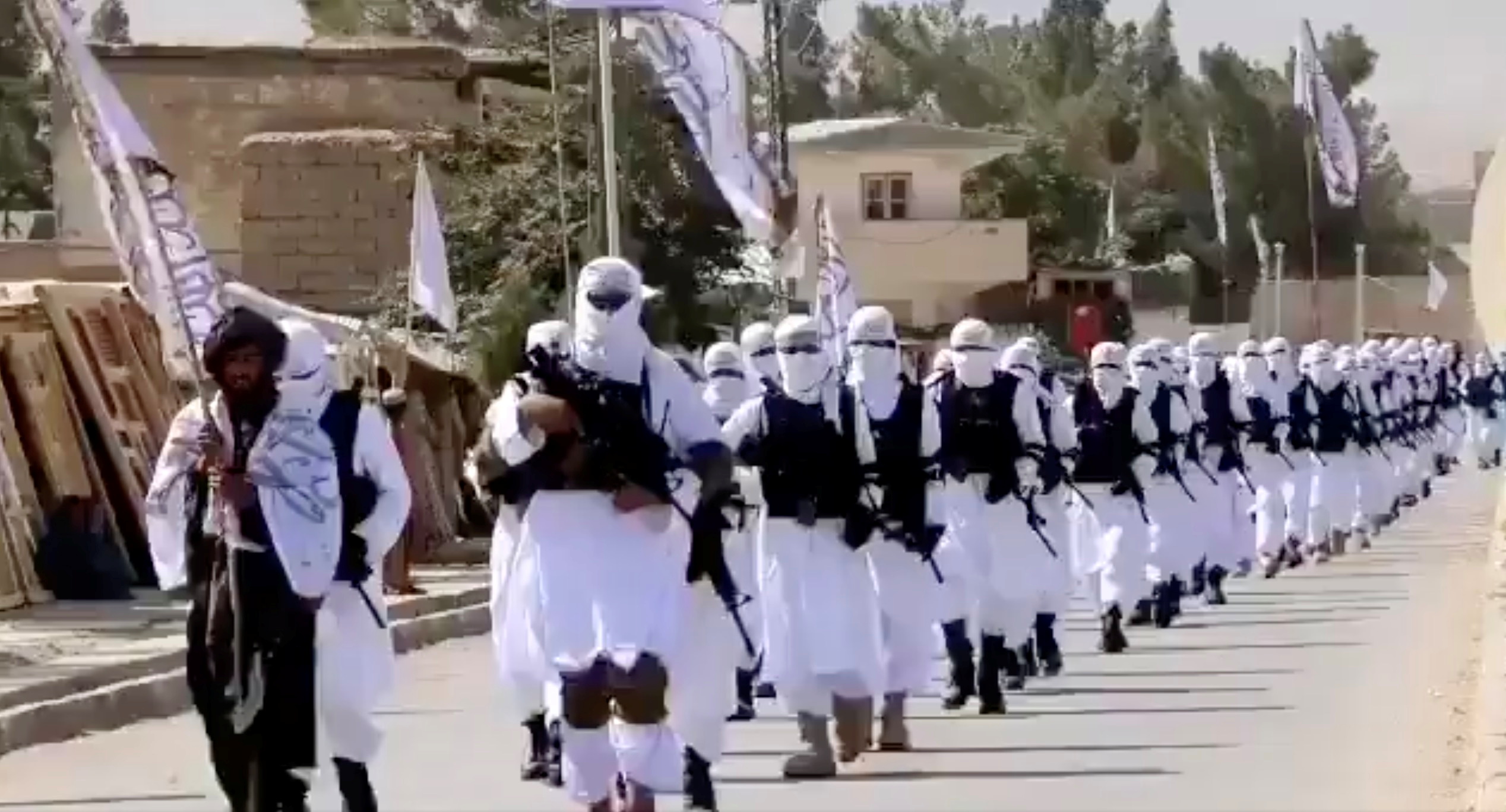 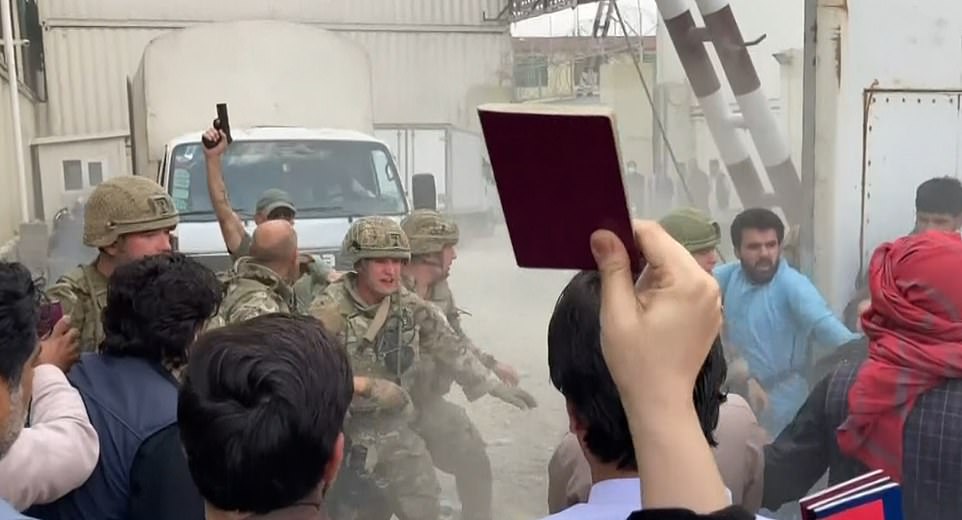 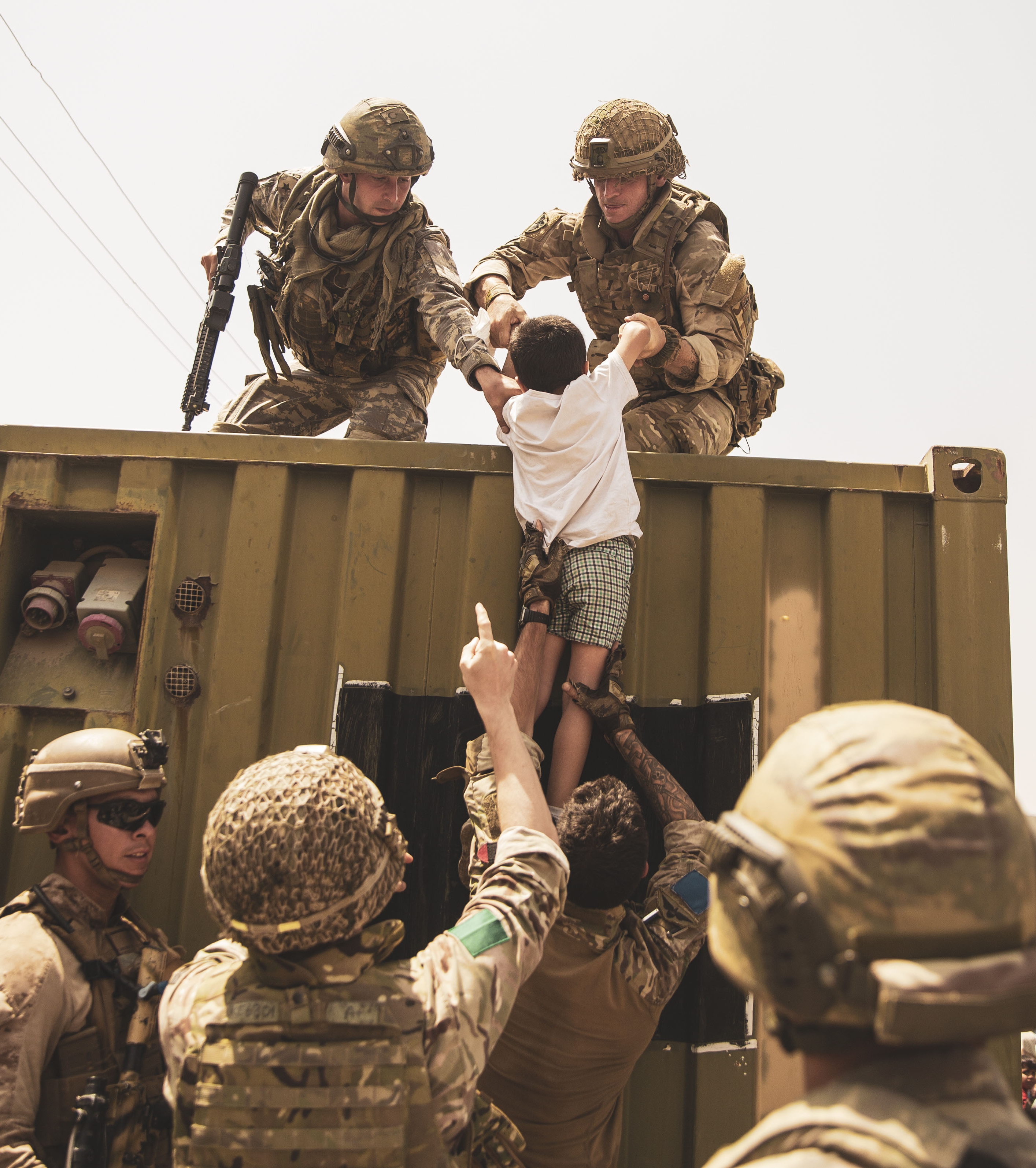 He added: "I've got women and children – I'm not leaving without them. They're coming with me.

"Right now they're terrified, absolutely terrified. There are no assurances that they will be okay if they were to stay here."

Prime Minister Boris Johnson said 2,000 people had been repatriated to the UK on both Thursday and Friday – with most of them UK nationals or those who had assisted British efforts in Afghanistan.

According to The Times, Johnson feels "let down" by Biden over the way the US has handled the withdrawal.

The Prime Minister stressed it would be a "mistake" to think of the end of August or the beginning of September as a "cut-off point for our involvement and our willingness to help" and that there would be time to sort accommodation and logistics for the 20,000 Afghan refugees the UK aims to take.

Biden defended the US withdrawal, saying he had "seen no questioning of our credibility from our allies around the world" after speaking with NATO partners.

But he admitted the US may not be able to rescue everyone it needs from the Taliban territory by the August 31 deadline.

He branded the evacuation as the “most difficult and dangerous airlift in history.

He added: "Make no mistake, this evacuation is dangerous.

"I cannot promise what the final outcome will be or that it will be without risk of loss." 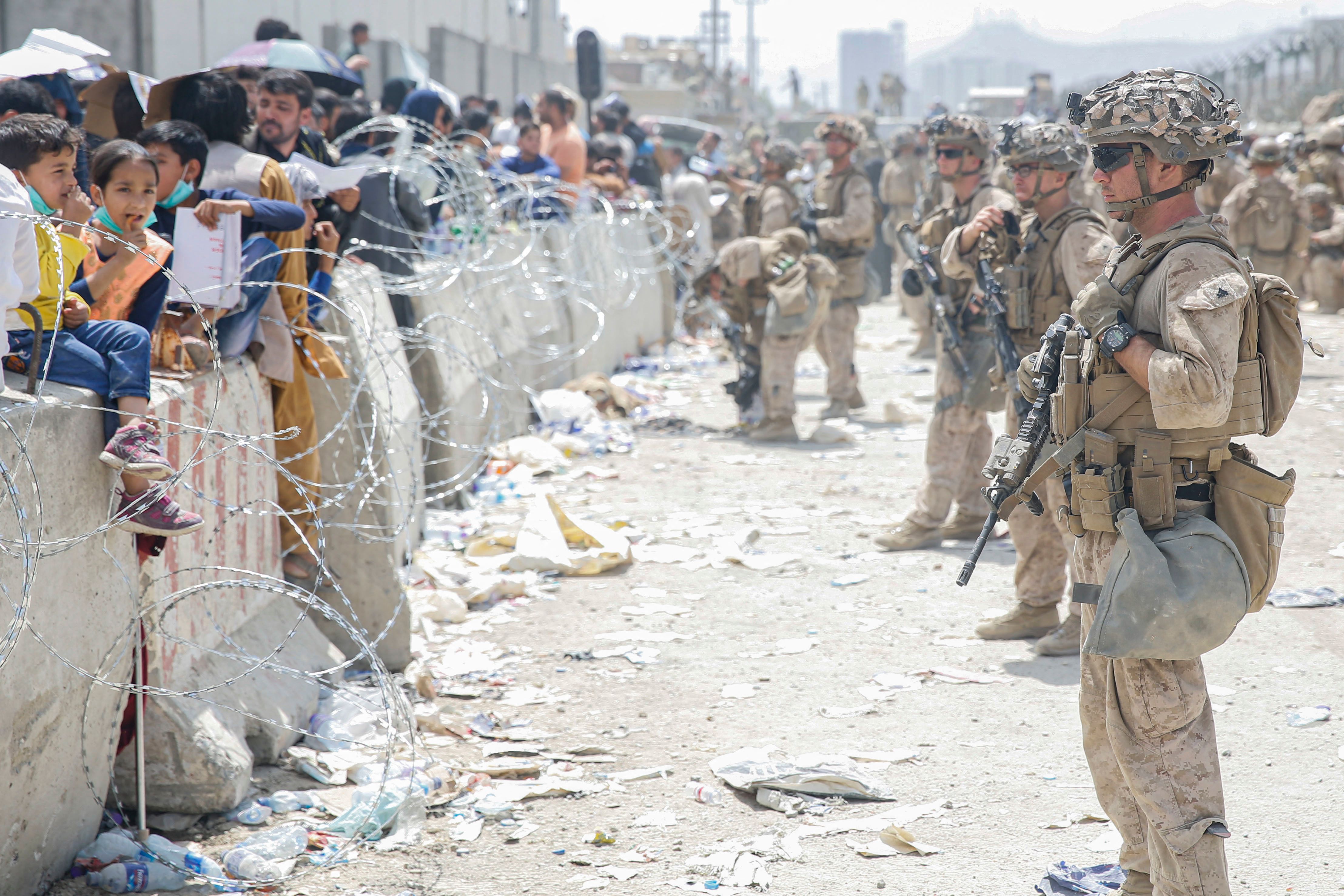 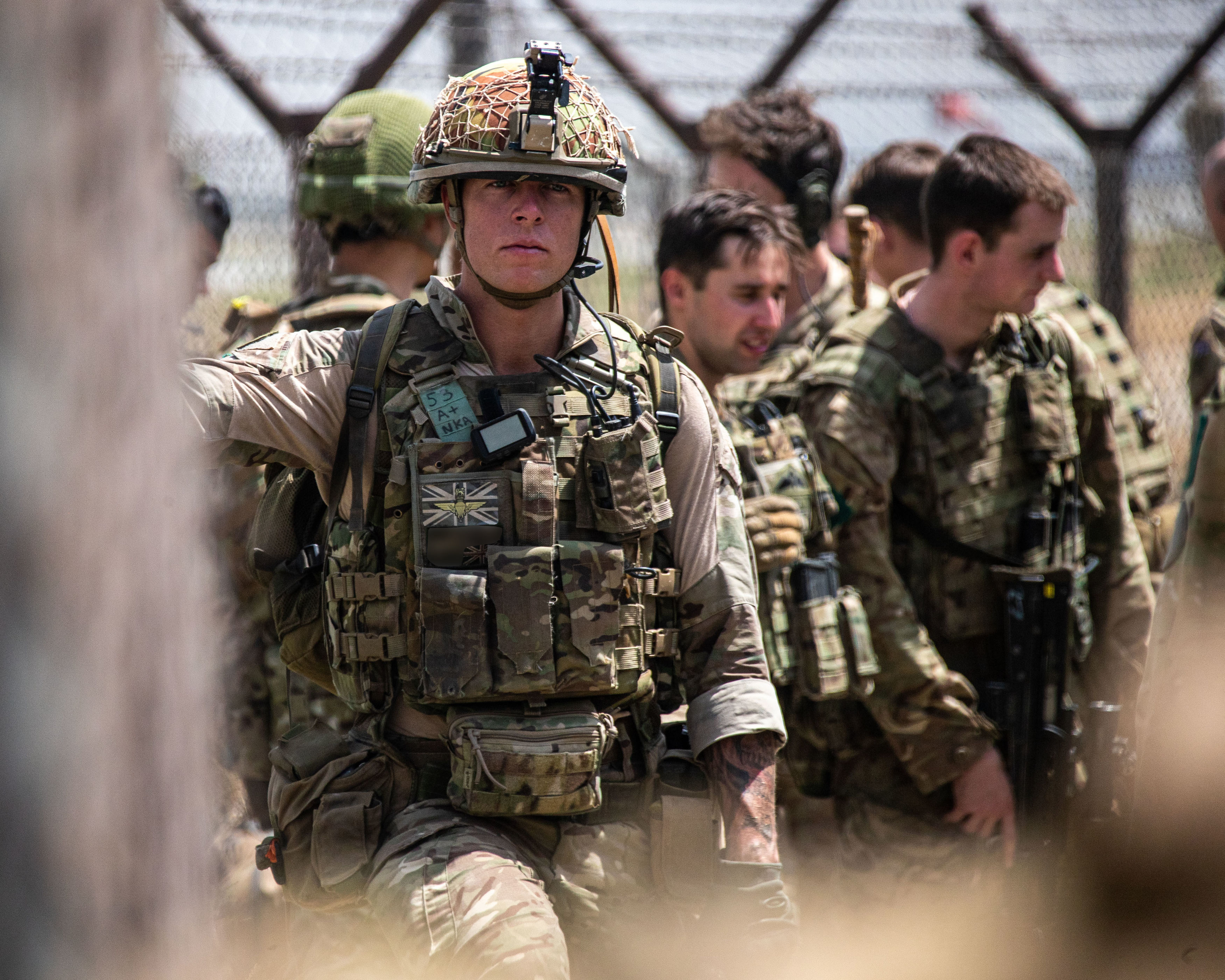