KAMALA Harris’ motorcade was chased down by dozens of Mexican TV crews on motorbikes before she met with their president this afternoon.

An enormous throng of media holding cameras and live stream equipment could be seen chasing the vice president, who was en route to meet Mexican President Andrés Manuel López Obrador on Tuesday. 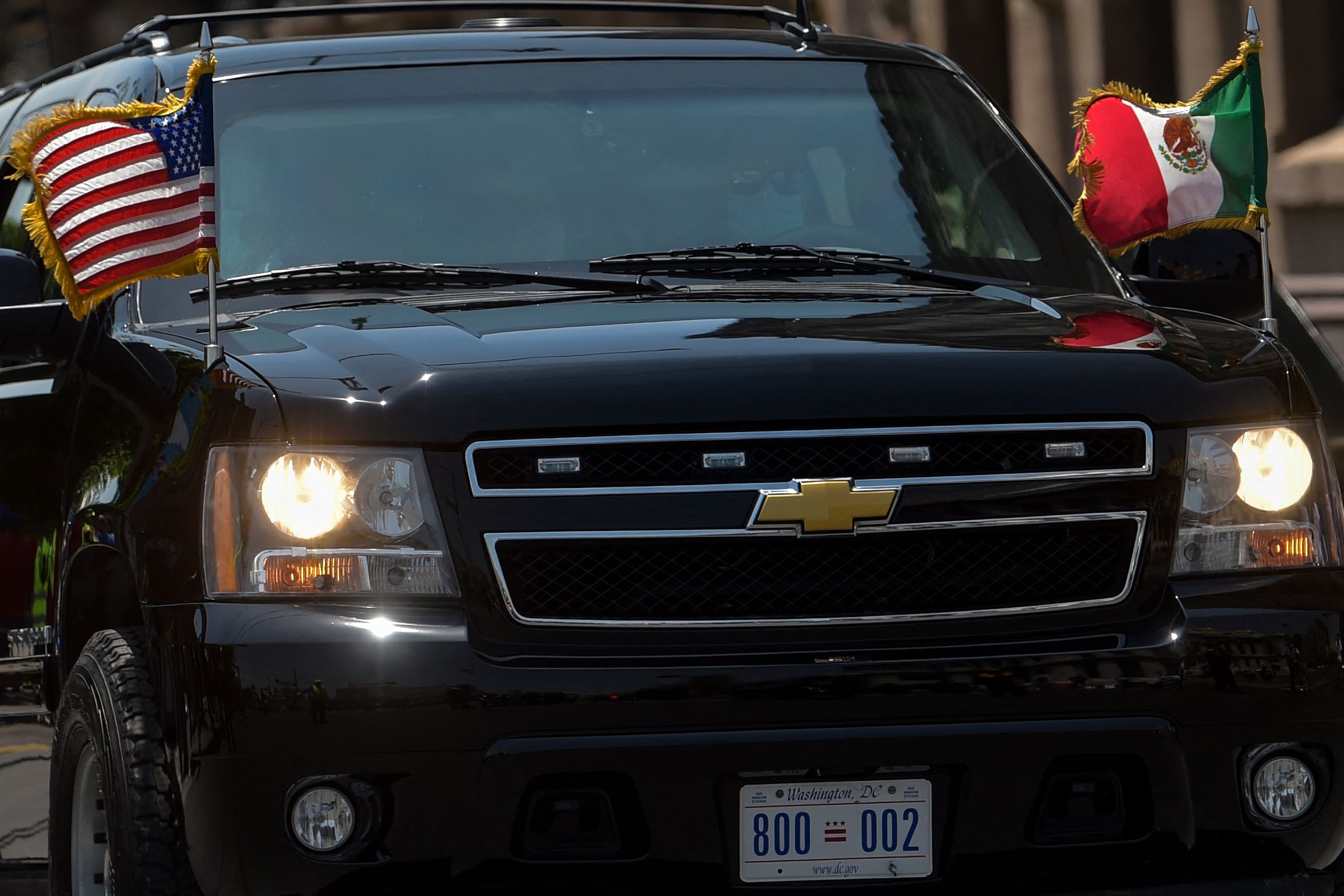 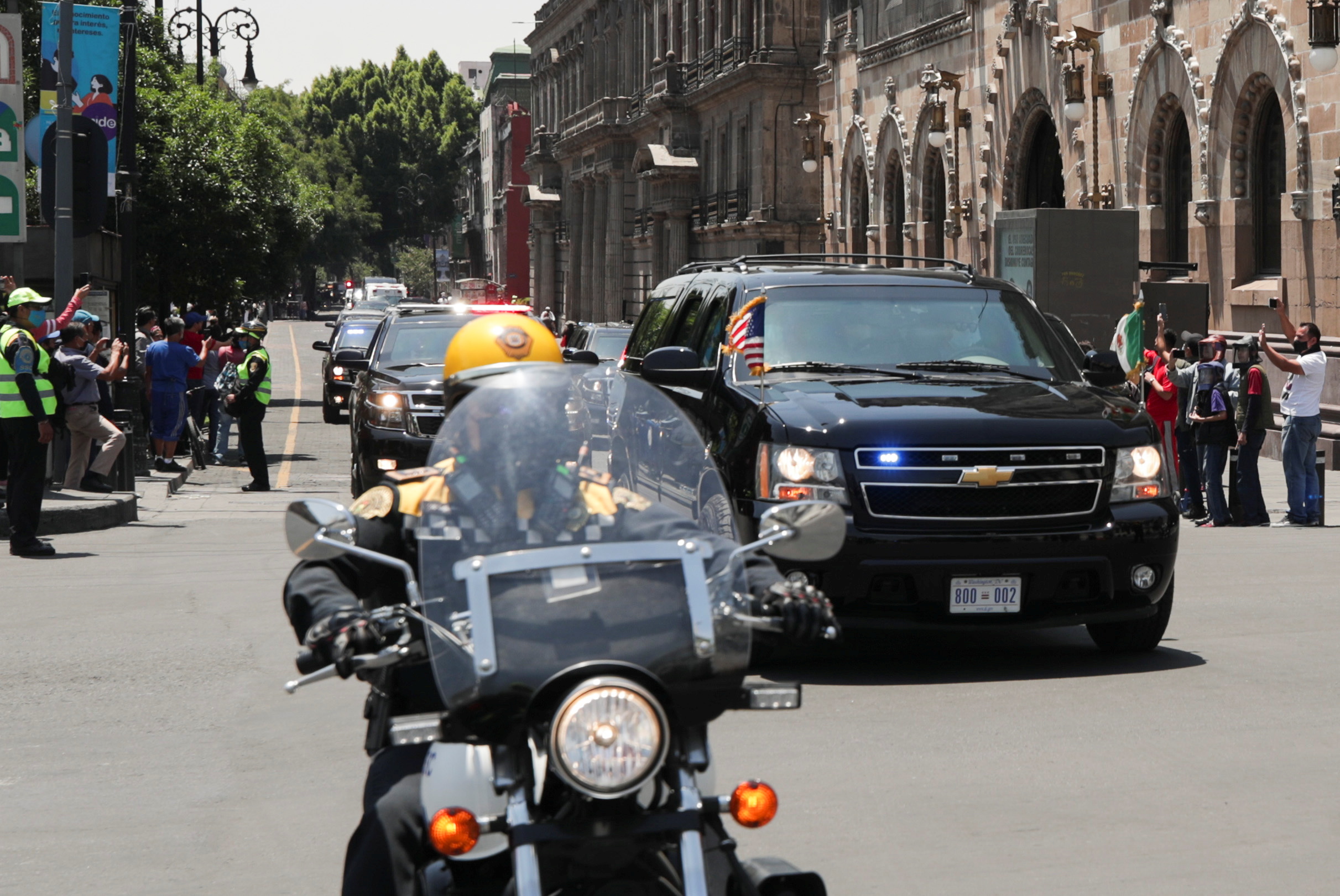 Many of the people frantically trying to capture a shot of Joe Biden's VP were not wearing helmets – and one Bloomberg reporter captured the crazy scene.

"This was wild. Some drove on sidewalks to evade police trying to control them, others sped way faster than the motorcade," wrote Jennifer Epstein.

The journalist also noted that there were "tons" of TV cameras and some people carried live-stream equipment as they followed Harris.

This week, the VP came under fire for her refusal to visit the border despite traveling to Guatemala and today, Mexico.

Harris dismissed it as a "grand gesture" and insisted she was focussed on the "root causes" of illegal migration. 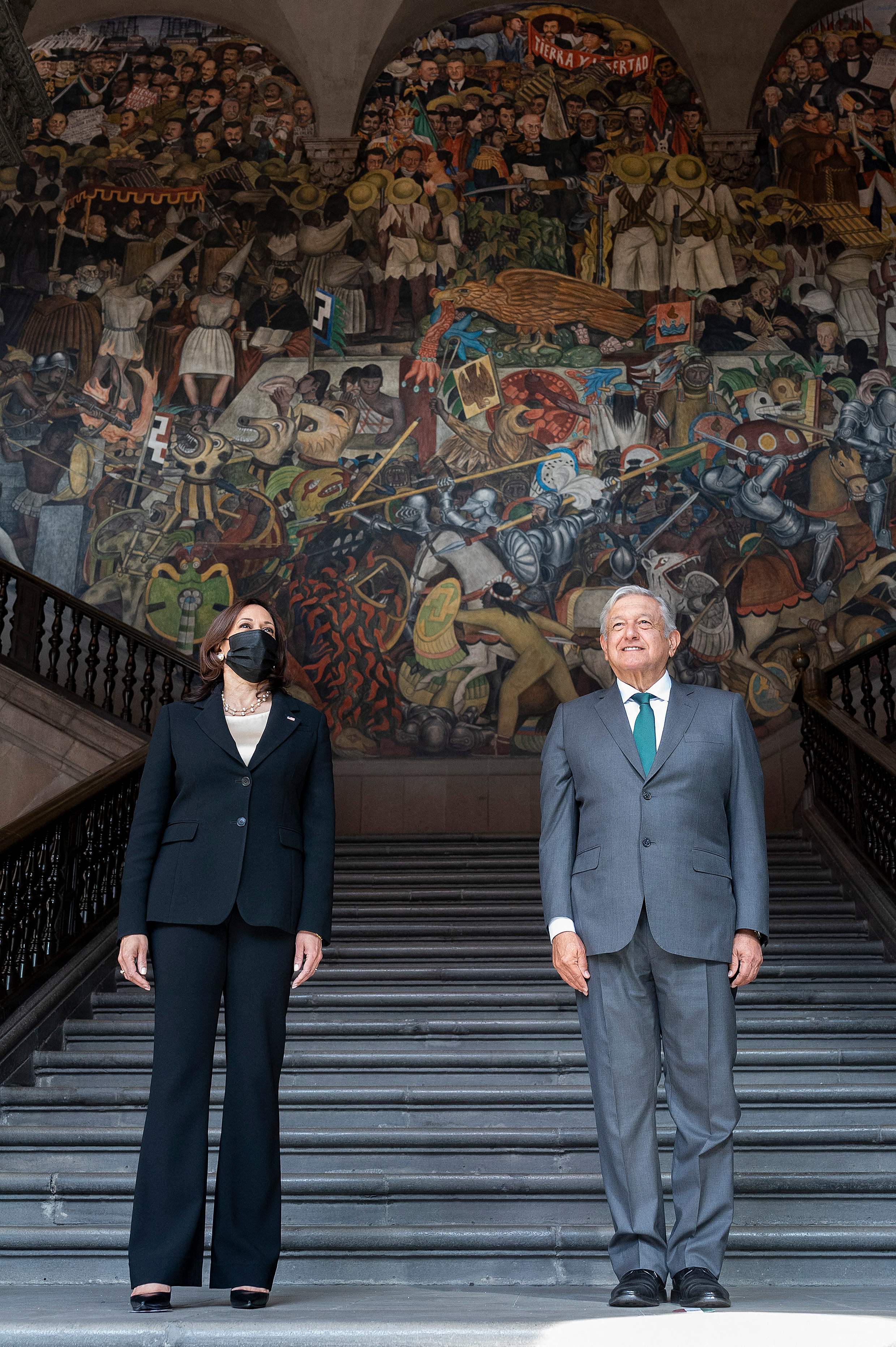 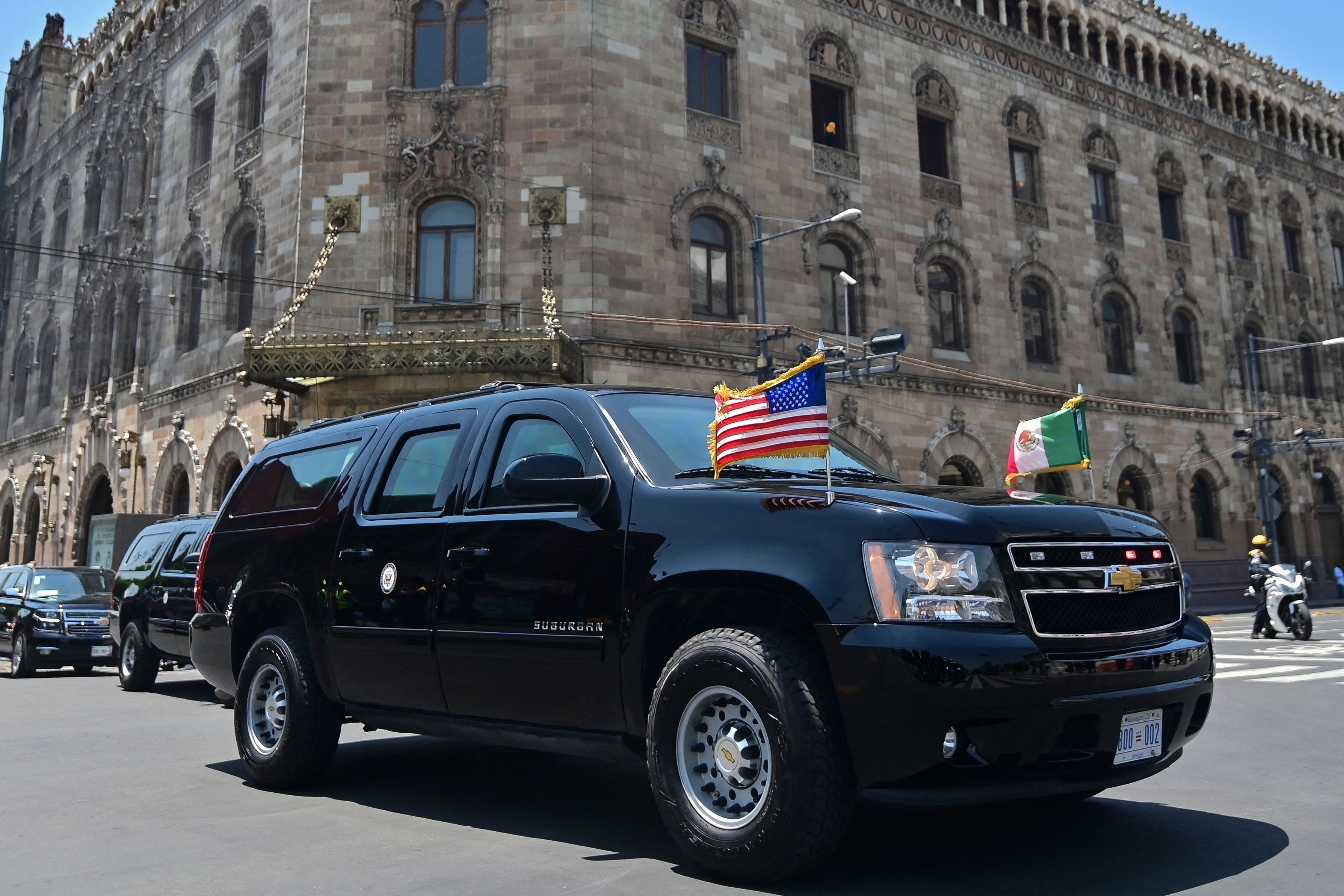 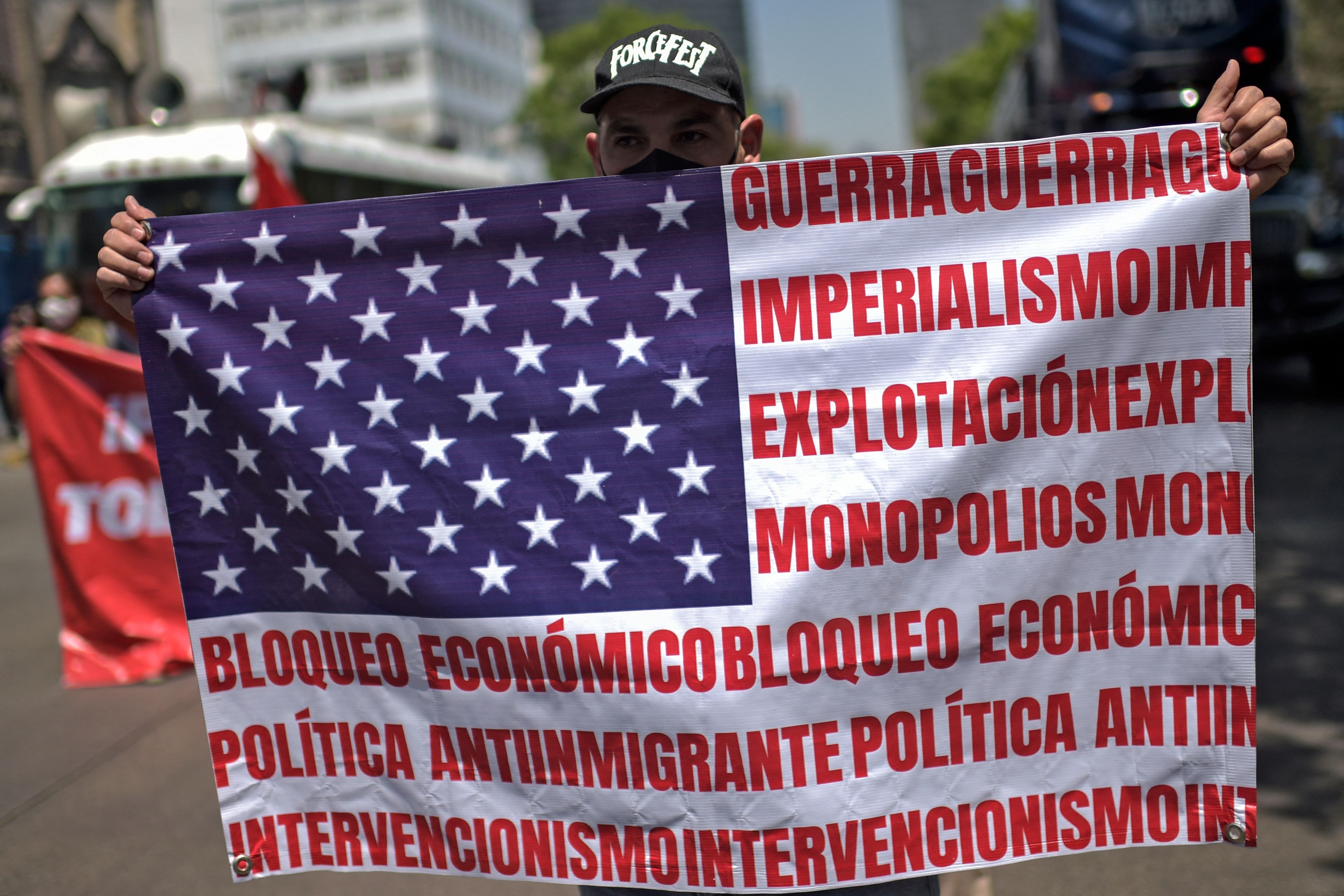 She also told migrants not to come to the US during a press conference yesterday.

“Do not come. Do not come. The United States will continue to enforce our laws and secure our borders,” she said, adding, “If you come to our border, you will be turned back.”

Harris was slammed for her statements by Republicans like Rep Marjorie Taylor Greene, Senators Ted Cruz, Rick Scott, and others – but Democrat Alexandria Ocasio-Cortez also blasted her "disappointing" comments.

Today, Harris signed the Memorandum of Understanding with López Obrador in a joint agreement to tackle the border crisis.

Both leaders participated in a bilateral meeting after posing for a photograph at the Palacio Nacional. 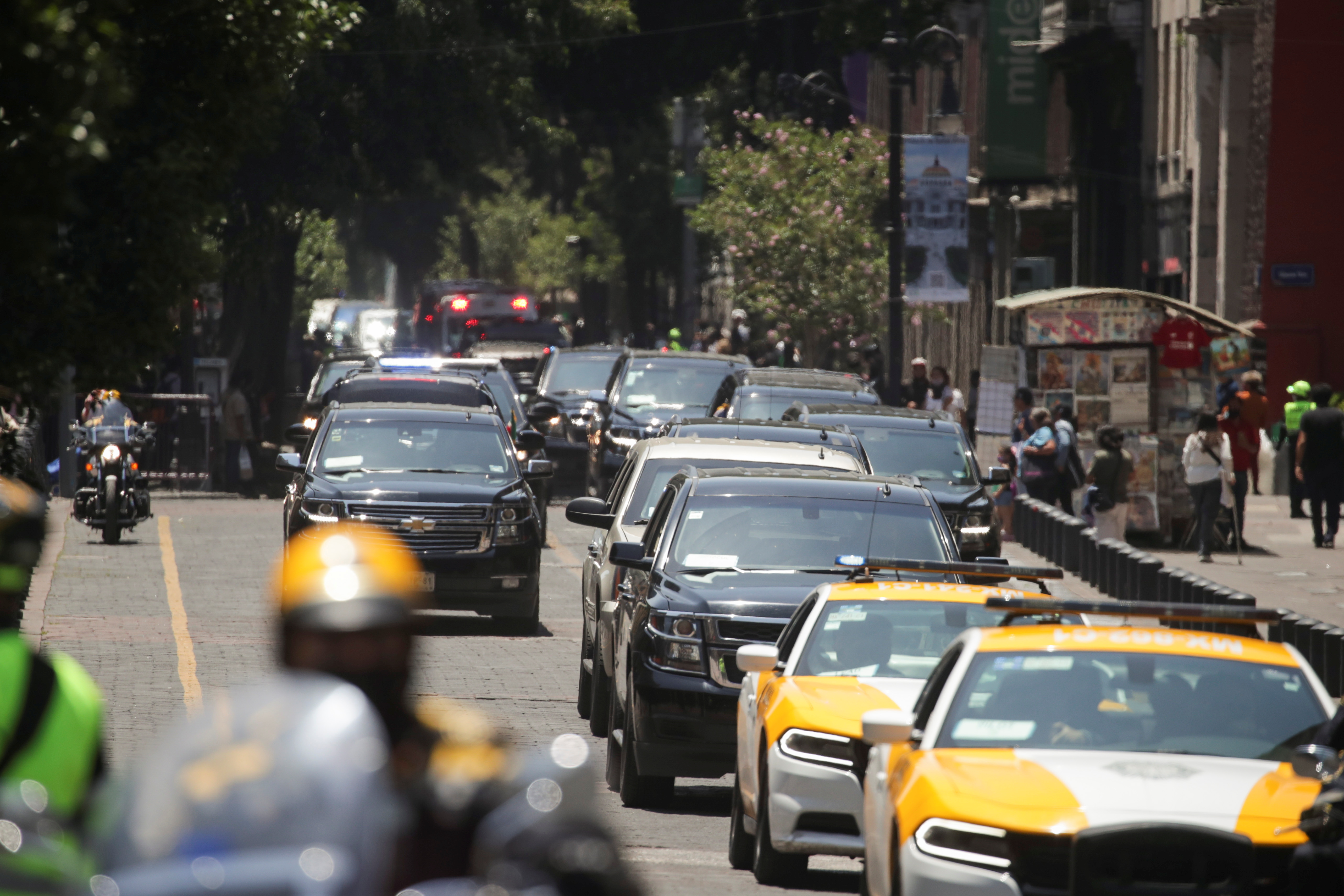 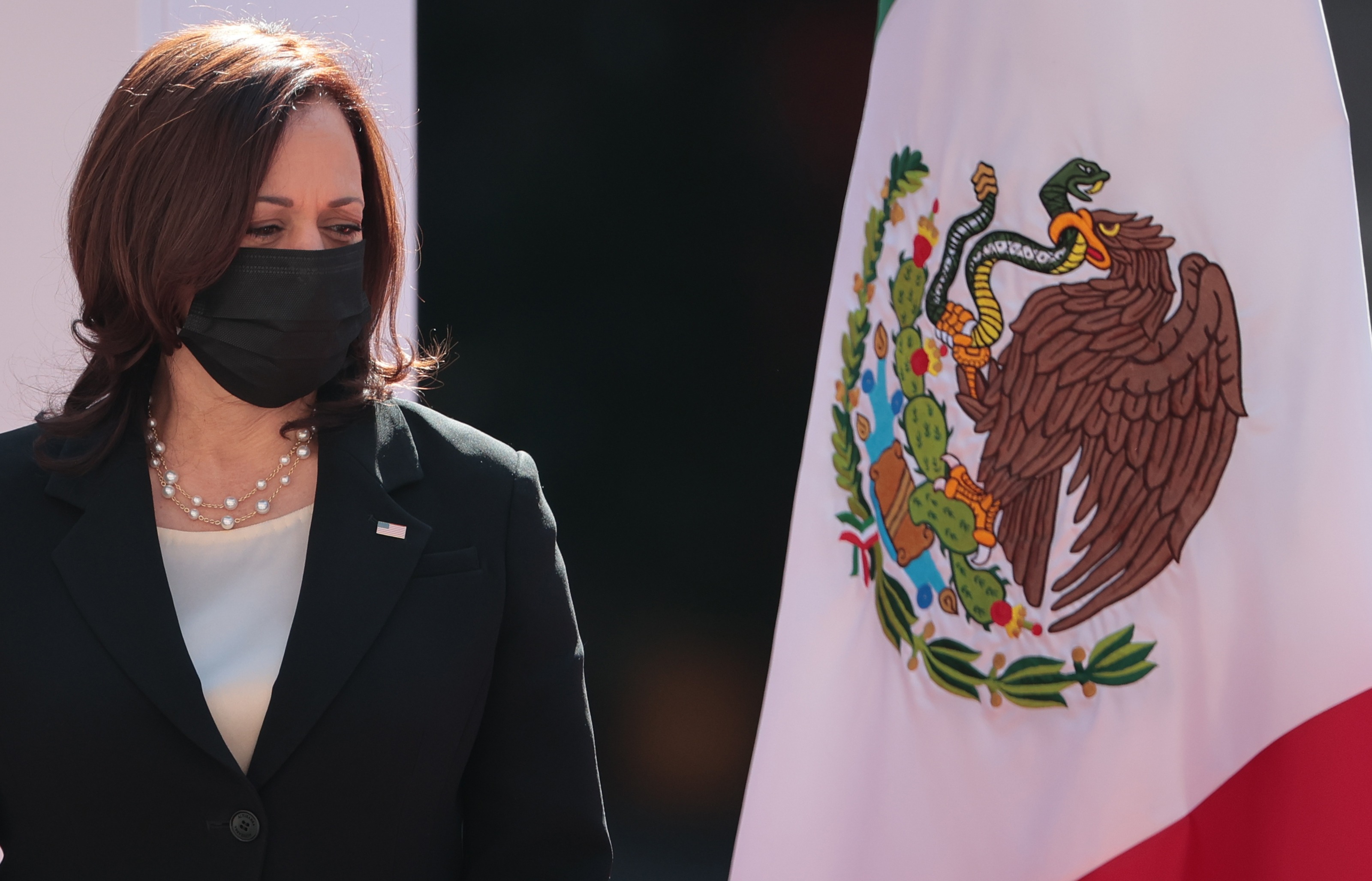 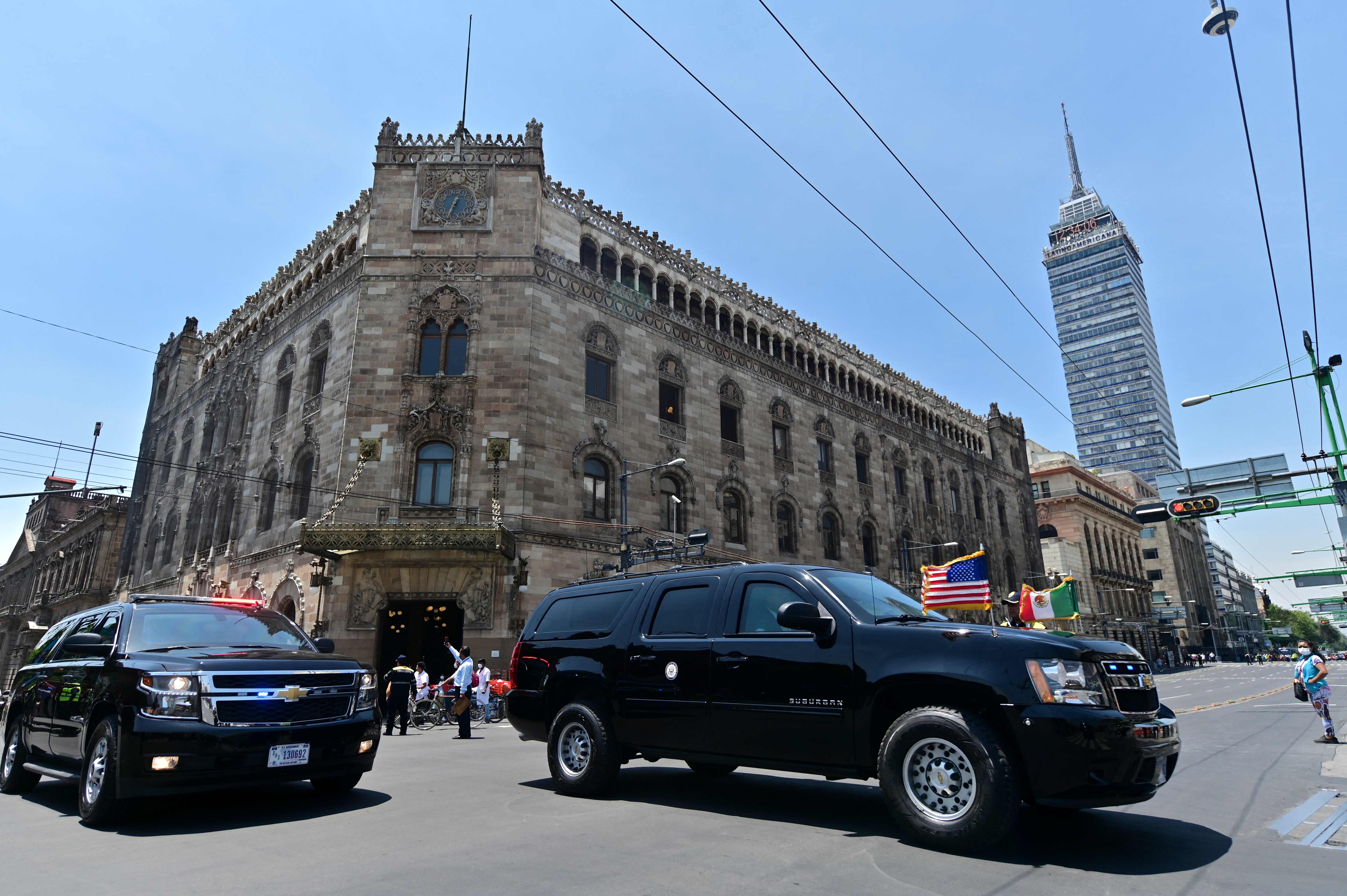 “We will be speaking to the vice president and we are pleased to have her here,” the Mexican president told reporters in front of a huge mural by Diego Rivera, a well-known Mexican painter, as Harris looked on.

“And we will touch on that subject but always addressing the fundamental root causes.”

López Obrador virtually met with Harris and committed to helping the US out during the border crisis, vowing the Biden administration could “count on us” to address it.

However, he previously blamed Harris and Biden for their immigration policies and appeared to be on good terms with former President Donald Trump. 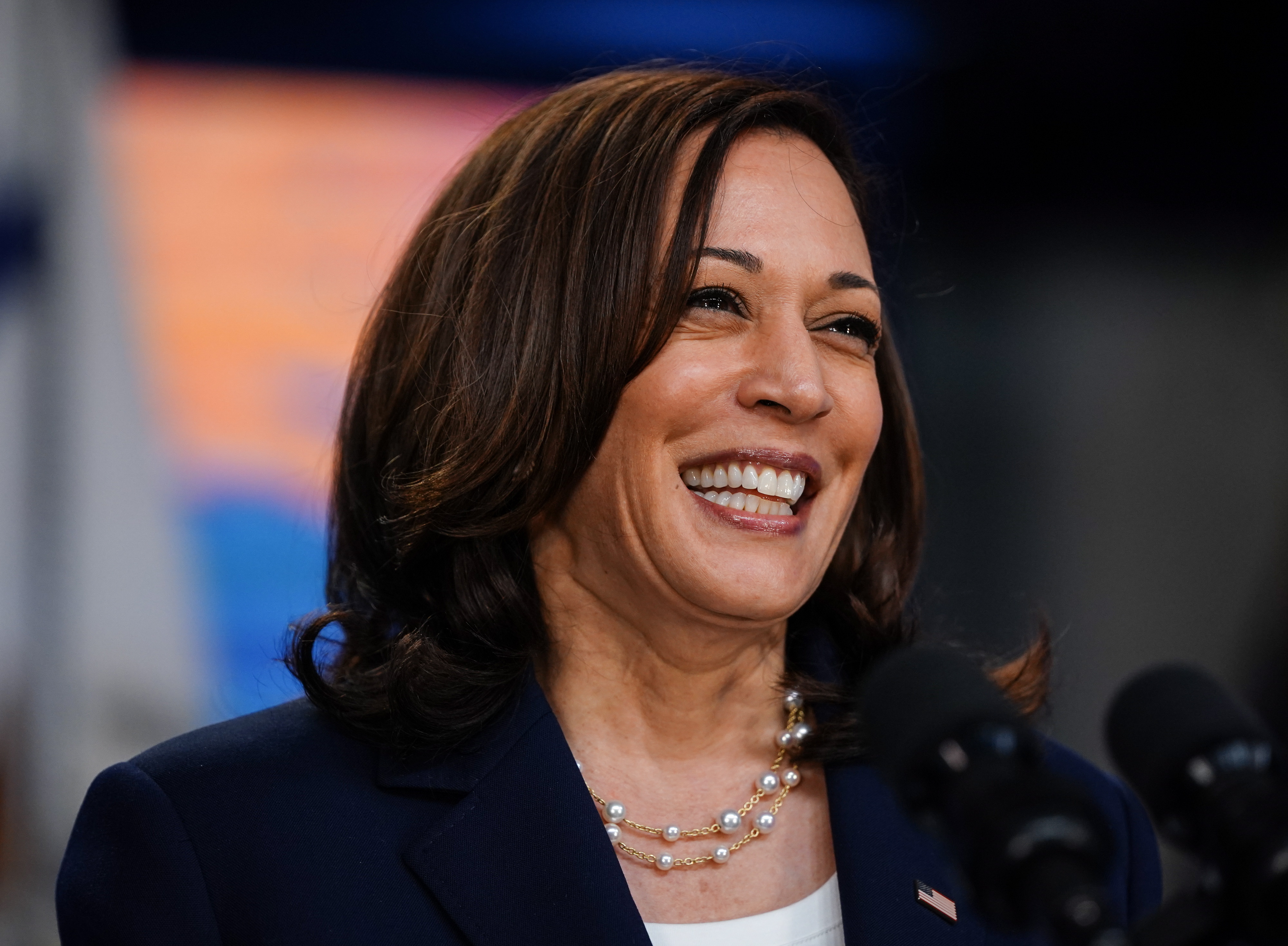 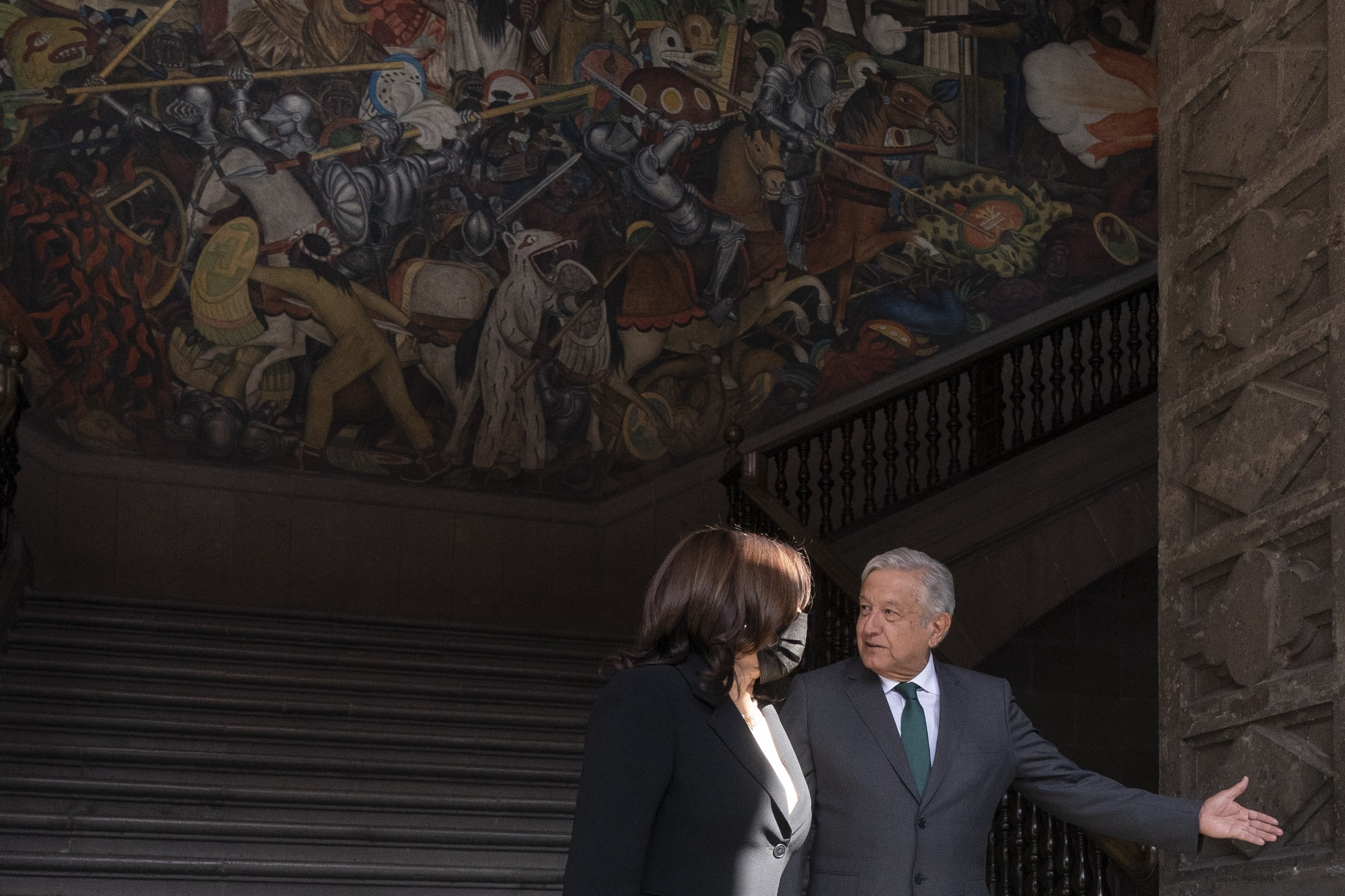 López Obrador also lashed out at Biden for funding organizations that were critical of his leadership – but Harris has insisted both countries will work together.

She told reporters on Monday: “That is the basis of the conversation I will have with him — is with that spirit, that we have to be partners.”

It comes after the Mexican president said “expectations” created by Biden were to blame for the border surge.

“And this has caused Central American migrants, and also from our country, wanting to cross the border thinking that it is easier to do so,” he said back in March.

When she arrived in Guatemala, she was greeted by protesters holding pro-Trump signs like “Trump won” and asking Harris to “mind your own business.”