A lorry driver who killed three people while trawling adult dating sites before he ploughed into traffic on the A1(M) has made a tearful apology from jail.

Ion Onut’s cab is seen bursting into flames in July 2021 and careering a further 320ft near County Durham after the initial crash caused an explosion.

The Romanian, who was jailed for eight years in January after admitting three counts of causing death by dangerous driving, told a BBC documentary, released today, he would have to live with the pain he had caused the anguished families and survivors of the crash.

He had been looking sites S**g Today and Mystic Match and had spent almost £50 to buy credits to engage with users, and was looking at profiles and editing his own over a period of 40 minutes leading up to the smash.

His last interaction on his phone was in the seconds before the collision and he was ‘utterly oblivious’ to the stationary vehicles ahead, the court was told. Onut did not brake before driving into the line of traffic at 58mph.

Couple David Daglish and Elaine Sullivan from Seaham, County Durham, and Paul Mullen from Washington, Tyne and Wear, all died because of him. While Molly Smith, a 26-weeks pregnant physiotherapist, was hospitalised. 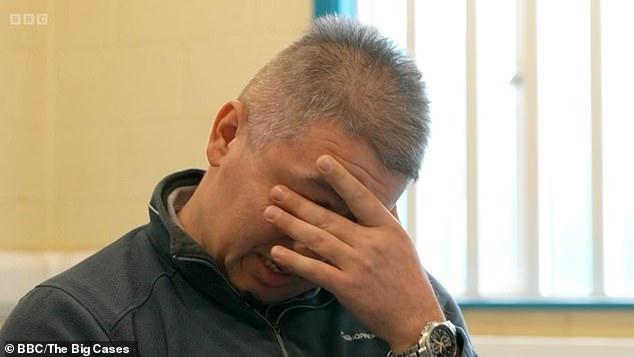 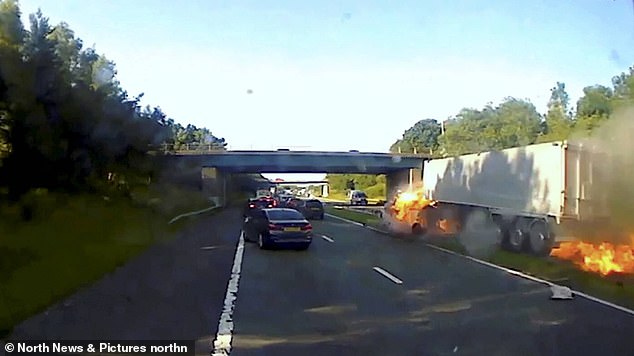 His last interaction on his phone was in the seconds before the collision and he was ‘utterly oblivious’ to the stationary vehicles ahead, the court was told 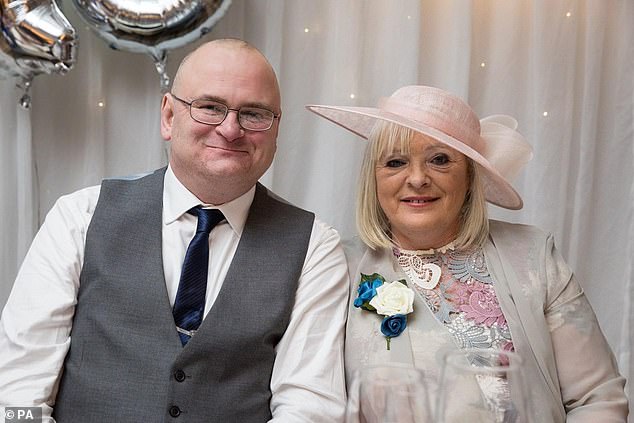 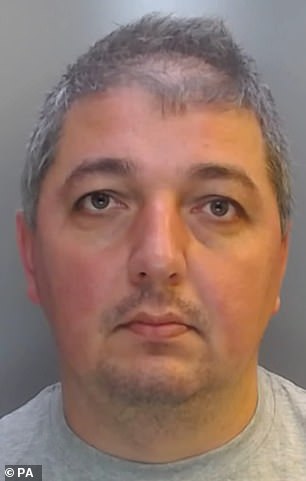 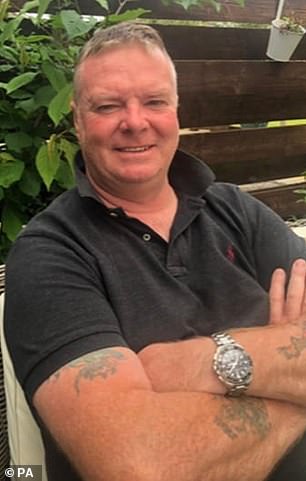 The judge told the 41-year-old it would have been bad enough if he had fallen asleep, but Onut had been trawling the internet for sexual partners, and his last interaction on his mobile phone had come just seconds before impact.

Onut who agreed to be interviewed in prison as part of a BBC documentary titled Deadly Browsing: The Lorry Driver wept and acknowledged he could have travelled several hundred yards while looking at his phone.

Onut said: ‘The phone was a distraction, it was a really bad choice.’

He continued that after seeing the footage of him ploughing into cars he is really ‘disturbed’ that he caused the ‘tragic and sad’ deaths of three people.

Asked if he had a message for the bereaved families, he sighed and replied: ‘There’s a million things I could tell people. I want to apologise. I want to say I’m really sorry, because I feel really bad for what happened.

‘I feel bad for the people who lost loved ones, people injured who have to suffer with back flashes (flashbacks) and injuries for the rest of their lives.

‘It’s really hard to accept that, living for the rest of your life with that in your head is not easy either.’

Junior Sullivan, whose mother and step-father were killed in the crash, watched the prison apology on a screen.

It was revealed in the documentary that the former soldier, Mr Sullivan, is now teaching soldiers about the dangers of driving when using a mobile phone. 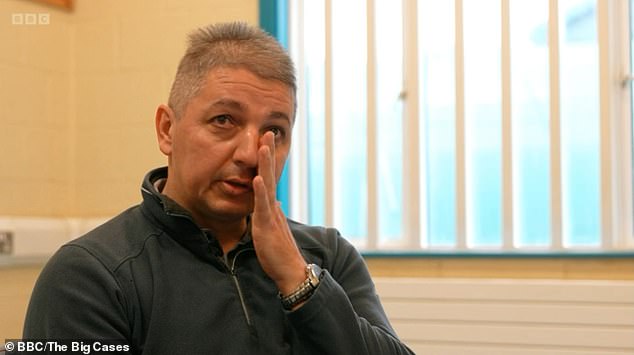 Onut who agreed to be interviewed in prison as part of a BBC documentary titled Deadly Browsing: The Lorry Driver wept and acknowledged he could have travelled several hundred yards while looking at his phone 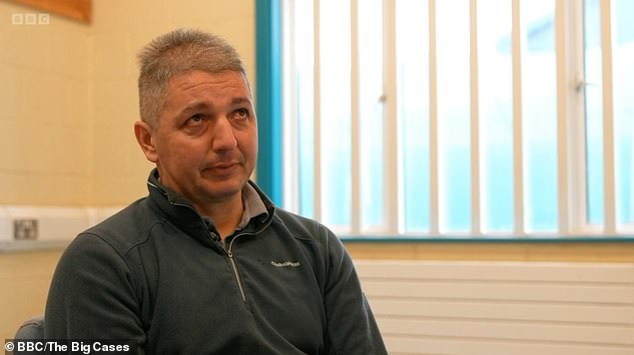 Onut said: ‘The phone was a distraction, it was a really bad choice’

Sh*g Today and Mystic Match: The apps trucker was looking at before crash

Sh*g Today: UK-based hookup site that claims to have had more than 400,000 users signing up.

After setting up a profile, you can match with other users and chat to arrange a meet-up.

While it is free to receive messages, users have to buy credits to send messages to others on the site.

The site is open to straight or homosexual relationships, but reviewers say many of the users are paid professionals.

Rated 1.8 out of five on Trustpilot.

Mystic Match: Advertises itself as a website for people seeking ‘friendship and love’.

It works in a similar way to Sh*g Today, with users having to buy coins to send messages.

Rated 2.6 out of five on Trustpilot. 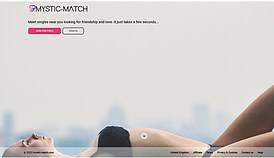 Police body-worn camera footage also shows the immediate aftermath of the fireball crash, as well as the moment Onut is asked by police to hand over his phone as he is arrested at the scene for dangerous driving.

It also features survivors who were injured and by-standers who raised the alarm and were left badly traumatised by what they saw.

Ms Smith was buying presents for her dog for his birthday when the traffic started slowing down due to an early incident. She stopped her car like other drivers but Onut did not stop.

She told the BBC: ‘I just felt this impact from behind [while driving the red car, which is seen being hit in the footage].

‘I just remember hearing all of a sudden the crashing sounds of metal.

‘And then all of a sudden being stopped on the A1(M) with a load of fire all around me.’

She added at first she froze before moving away from the fire as she did not if more cars were going to ‘explode’. The physiotherapist has since given birth to a healthy daughter.

Onut first hit the back of the Vauxhall Crossland containing Mr Daglish, 57, and Ms Sullivan, 59, then smashed 51-year-old Mr Mullen’s Toyota Hilux under another lorry before carrying on along the road, injuring three others.

Judge James Adkin, who banned Onut from driving for 10 years after his release, told the court in January this year: ‘You were not asleep at the wheel, which would have been bad enough, in fact you were trawling the internet looking for casual sexual partners’.

In a victim personal statement read out in court, Ms Sullivan’s son and Mr Daglish’s stepson, Junior Sullivan, said: ‘Nothing could prepare me for being woken up to be told that my mam and dad had been killed in a car crash. It’s impossible for me to describe what went through my head at that moment, only that everything that was perfect about my life suddenly no longer existed. In that very moment my world had shattered and I became an empty shell. I couldn’t think, I couldn’t move.

‘People tell you it’s okay to be upset and cry or to be angry, and they always say’ ‘if there’s anything I can do” – but what could anyone possibly do? There’s no how-to guide for dealing with the loss of both of your parents. For losing the only family you have. For losing the people who quite literally sacrificed everything to give you the best possible chances.’

Orlaigh Mullen, Paul Mullen’s daughter, said: ‘It’s difficult to put into words how much we miss our dad – losing a parent is something you think will never happen, you always think that they are invincible.

‘My dad was always there for us growing up. We looked up to him, he was the hardest working man I have ever met and ever will meet. He worked so hard for all of us.

‘I miss him coming home every Friday night and shouting ”hello” when he came through the door and giving us all a big hug.’ 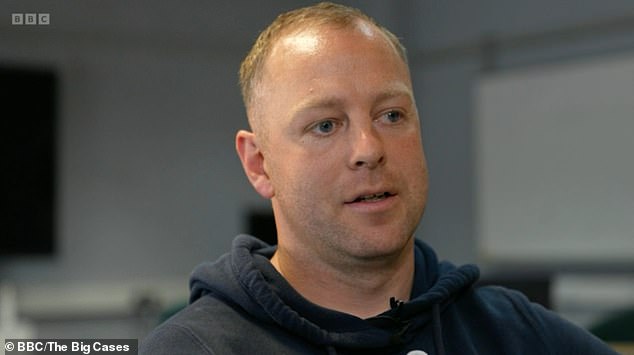 Junior Sullivan, whose mother and step-father were killed in the crash, watched the prison apology on a screen 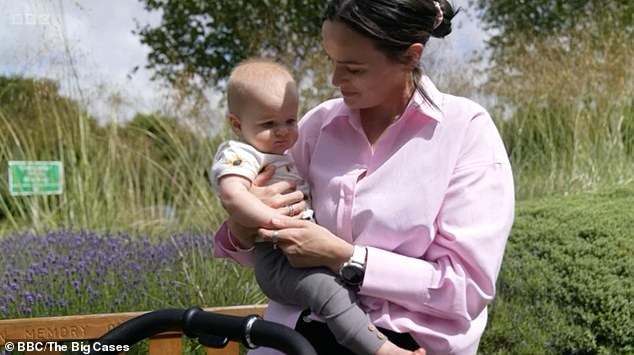 Molly Smith, a 26-weeks pregnant physiotherapist, (pictured with her baby today) was hospitalised after the crash 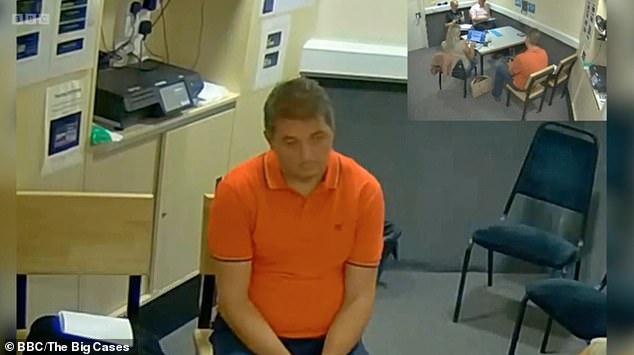 She said: ‘I’ll spend every minute loving and nurturing [our] two children that are now two grandparents short, loving and supporting the husband who’s now without parents and honouring your traditions wherever I can.

‘[Our children] have already lost out on so much, I won’t let them miss out on present parents.’

She also urged motorists to pay no mind to their phones in order to avoid similar tragedies. Ms Claire wrote: ‘Just put your phone in the glove box when you’re driving. Remove the temptation. It’s not worth it.’

Onut, who was living with his family in Galashiels, Scotland, and working for a haulage firm, was heading North with a load of fertiliser when he caused the crash around 6.15pm on July 15 2021.

A previous incident had caused traffic to build up and warning signs alerted drivers of delays and told them slow down, with other motorists observing a 50mph limit put in place.

But Onut was seen weaving across lanes prior to the crash, which happened near the Bowburn junction, and did not slow down.

Nick Dry, prosecuting, said analysis of Onut’s phone showed he had used it extensively while driving his lorry, and that he had been browsing the internet for 40 minutes before the collision.

Mr Dry said: ‘The telephone was found to have been in constant use. The history showed the defendant had been accessing two adult dating sites – one, S**g Today, and another, called Mystic Match.

‘He had done so driving at speeds that never went below 50mph.’

Mr Dry added: ‘He was utterly engrossed in internet activity, in pursuit of sexual gratification, over an extended period of time while in control of a large goods vehicle on a busy motorway.’

The Big Cases, Deadly Browsing: The Lorry Driver is available on the BBC iPlayer.

This Is the Best Chicken