A "KILLJOY" council has allegedly ordered a family to pull down the England flag bunting put up for the Euro 2020 championship as it poses a fire risk.

Simon Paul said his children Ashley, Steven, Ellie and Amy were left in tears after Southwark Council told him the patriotic St George's balcony display must be taken down. 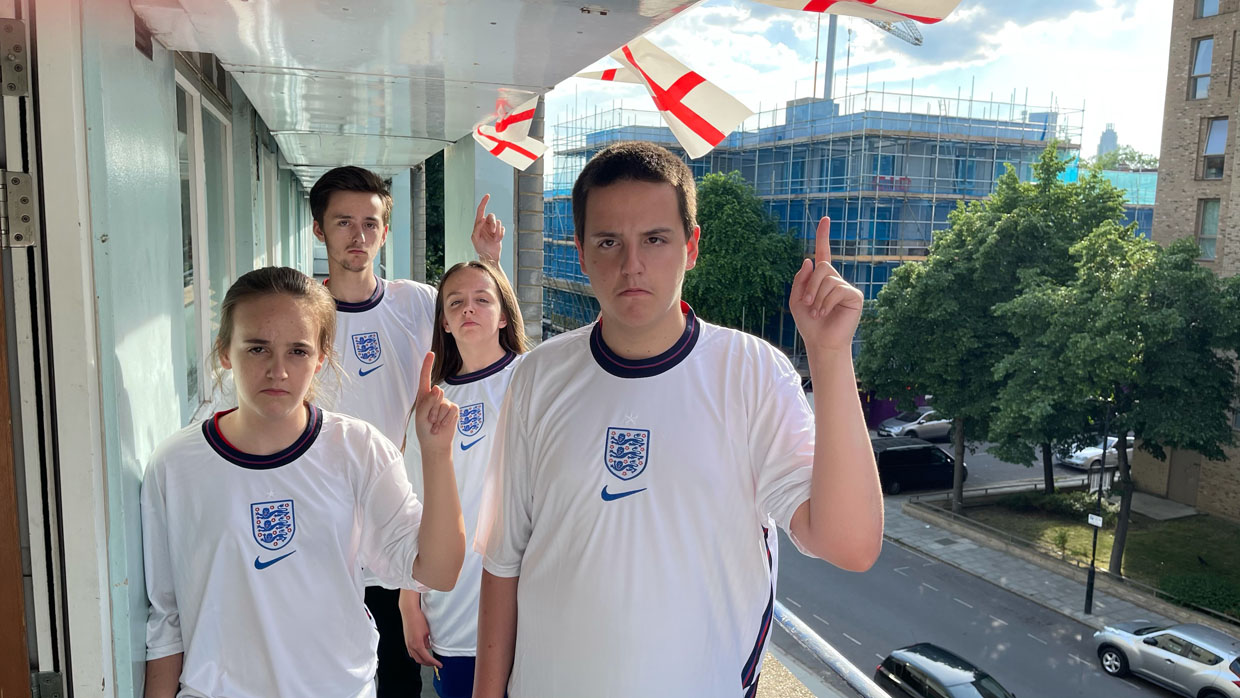 The 39-year-old has lived on the estate in Camberwell, south London, for a decade with partner Cassandra Fairweather and his four children – two of whom are disabled and attend a special school.

They usually put a similar display up for Halloween, Christmas and other sporting events without receiving any complaint.

But yesterday, Simon told Southwark News that the council warned him they would take him to court if he did not remove the flags.

He said: “What really made me boil is that when I contacted the council and said I wouldn’t be taking them down they told me they’d ‘proceed to court’.”

The dad-of-four added: “I’ve never had any letters like this before. They’re tiny and only from a pound shop as I couldn’t find any bigger ones so I can’t see how they can be a fire hazard.

“I think it’s disgusting really, and so horrible as my kids have been crying over it and are really excited about the Euros.”

And as Mr Paul sometimes helps his family drape the famous Kirby Estate down the road in Bermondsey with England flags, he has been left asking why there are different rules cross estates in the borough.

The Millwall fan, who works as a labourer, continued: "I have family on Kirby Estate and sometimes I’ve even helped put their flags up. 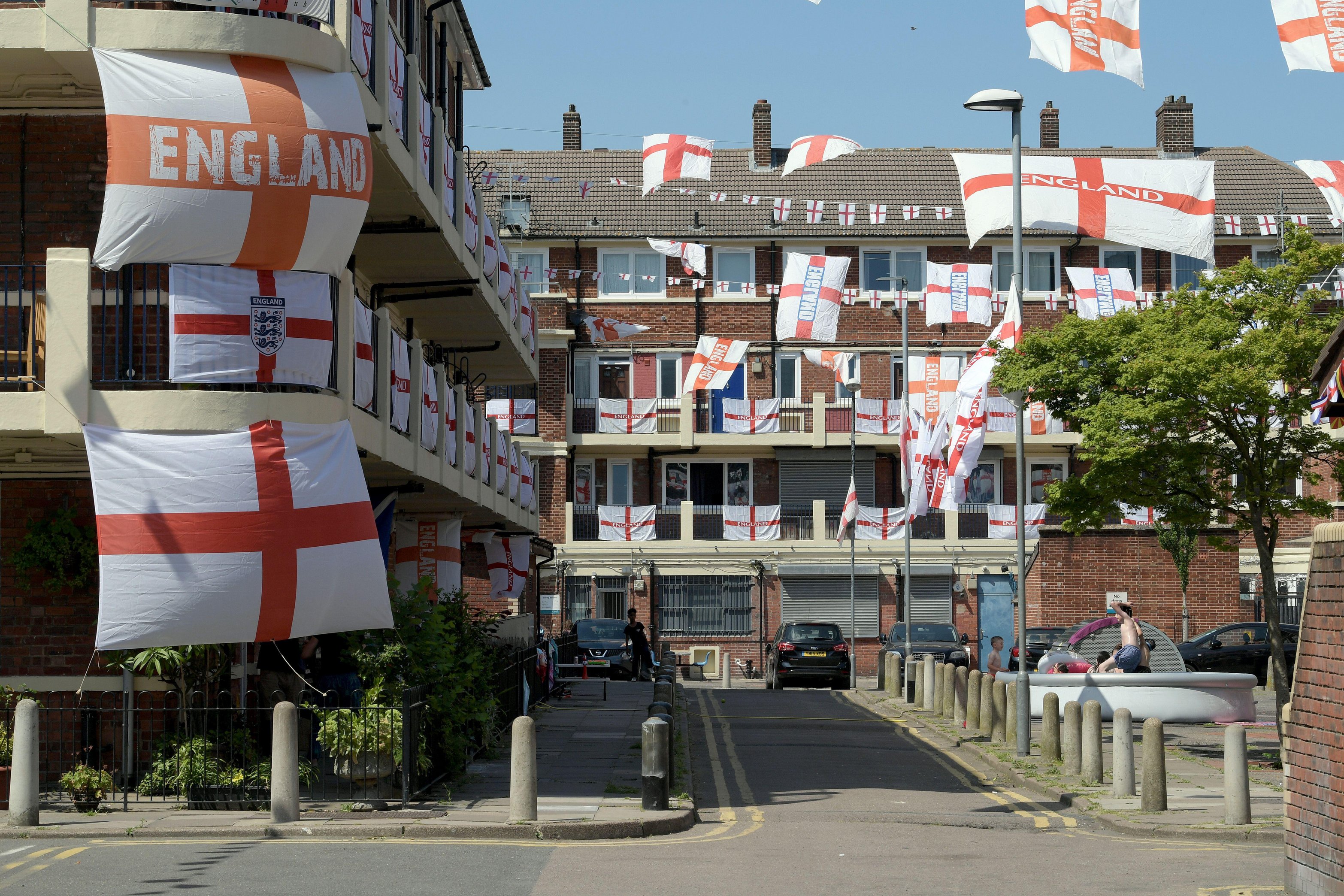 “And I’m not even allowed to have six little ones above my head, it doesn’t make sense.

“We have been through so much over the last year so let’s celebrate.

A Southwark Council spokesman claimed the family had been told they could keep the bunting up for the duration of the football tournament.

But Mr Paul said today he hadn't been told this, adding: "I've heard absolutely nothing from the council." 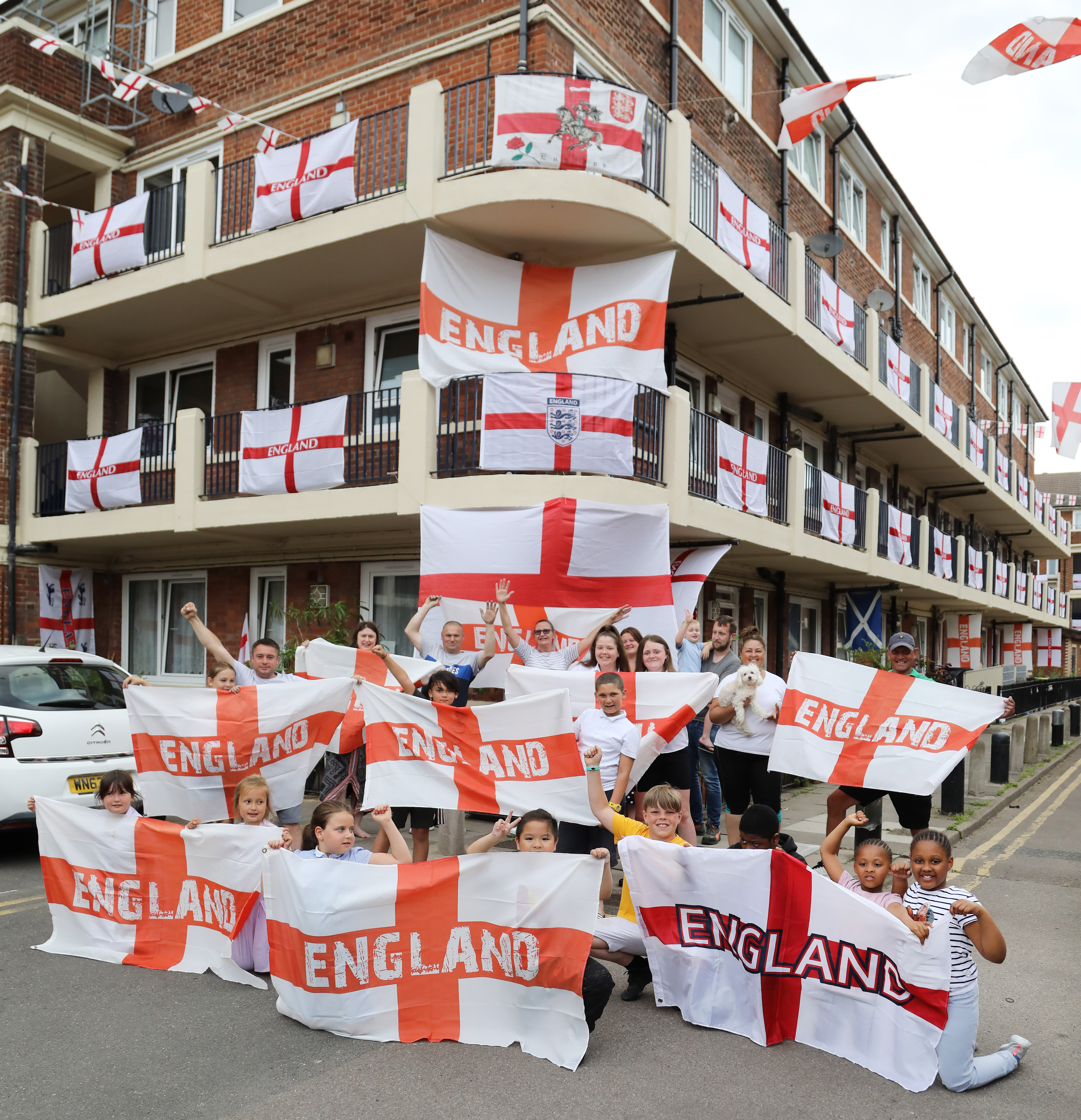 When asked why Mr Paul's flags must be taken down while the Kirby Estate's remain, Councillor Stephanie Cryan told the Southwark News: “We hate to spoil anyone’s fun and the football is such a great, positive occasion for everyone but we cannot compromise on fire safety – residents’ safety is the most important thing for us to consider.

“The fire risk assessment is unique to each building which means the advice is different in each case.

“In this building, it’s not safe to block, or partially obstruct the balconies as they provide an escape route during a fire.”

Ms Cryan, Southwark Council cabinet member for council housing and homelessness, later added: “In some circumstances, we can use a more flexible, rather than blanket, approach and we can look at fire risk individually if we’re asked to – in this case, we have done just that.

“We’ve explained to the family that they can keep their bunting up. All our buildings are individually assessed for their fire risk, and each one is unique, which is why it can sometimes look like one rule for one estate, and another elsewhere – but in the week of the anniversary of Grenfell, obviously fire safety remains a priority.

“There will always be risks to be weighed up, and a fine line between being a killjoy and compromising on fire safety, which we cannot do.”