Kim Kardashian does not mess around when it comes to Halloween decorations!

The SKIMS founder, 42, and her daughter North, 9, gave followers a glimpse of all the spooky decorations she adorned her house with in a new Instagram Reel.

“I decided to do a skeleton theme,” Kardashian says as she pans over a large tree covered in specially-made bone and skull decorations at the end of a walkway leading to the front door of her Hidden Hills, Calif. mansion. 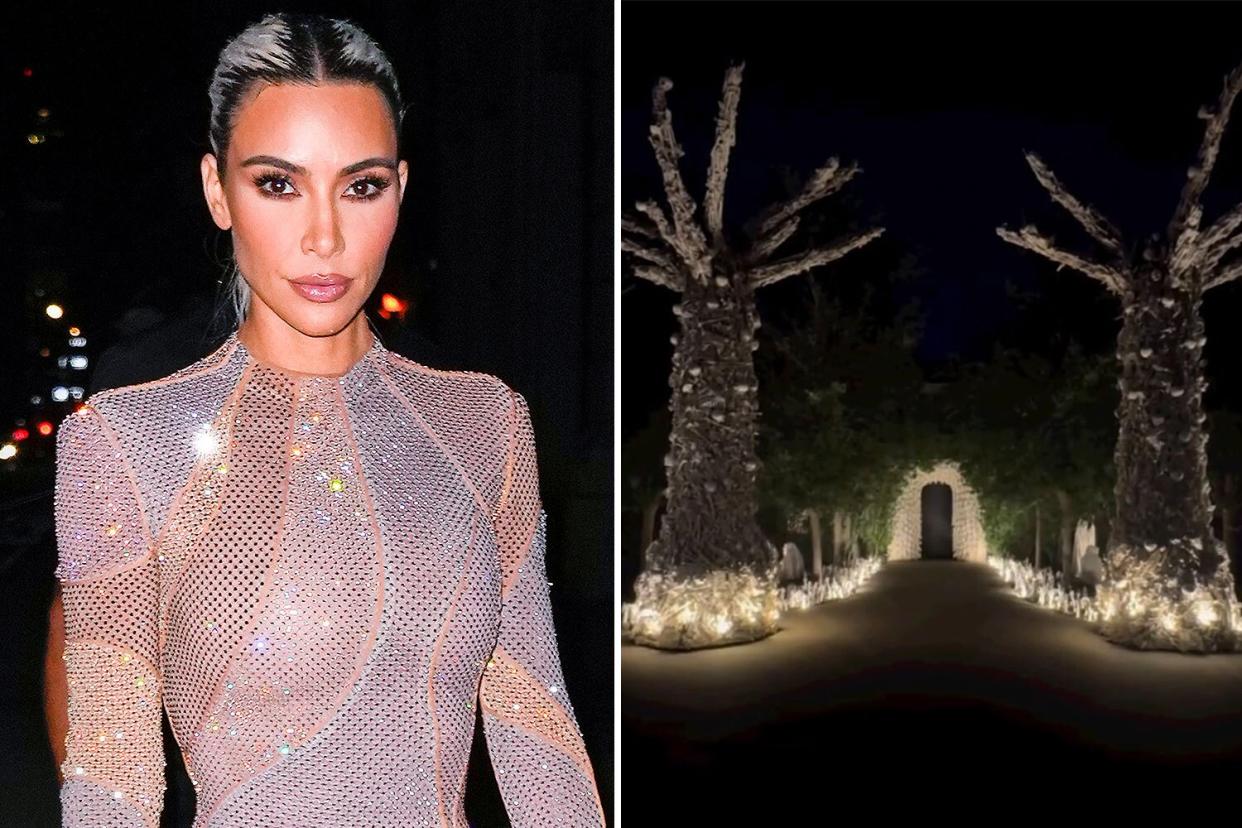 She then walks over to a gathering of human-scale “creepy people” who appear to be having a bonfire in the shadows.

Getting to her “favorite” decoration, the reality star zooms in on white hand sculptures emerging from the ground as if rising from the grave.

She reveals that they are all replicas of the hands of her loved ones. “I had a molding party and they were all molded,” she explains. “These are my kids’ hands. These are my nieces and nephews’ hands. You can see some of our friends’ hands.” 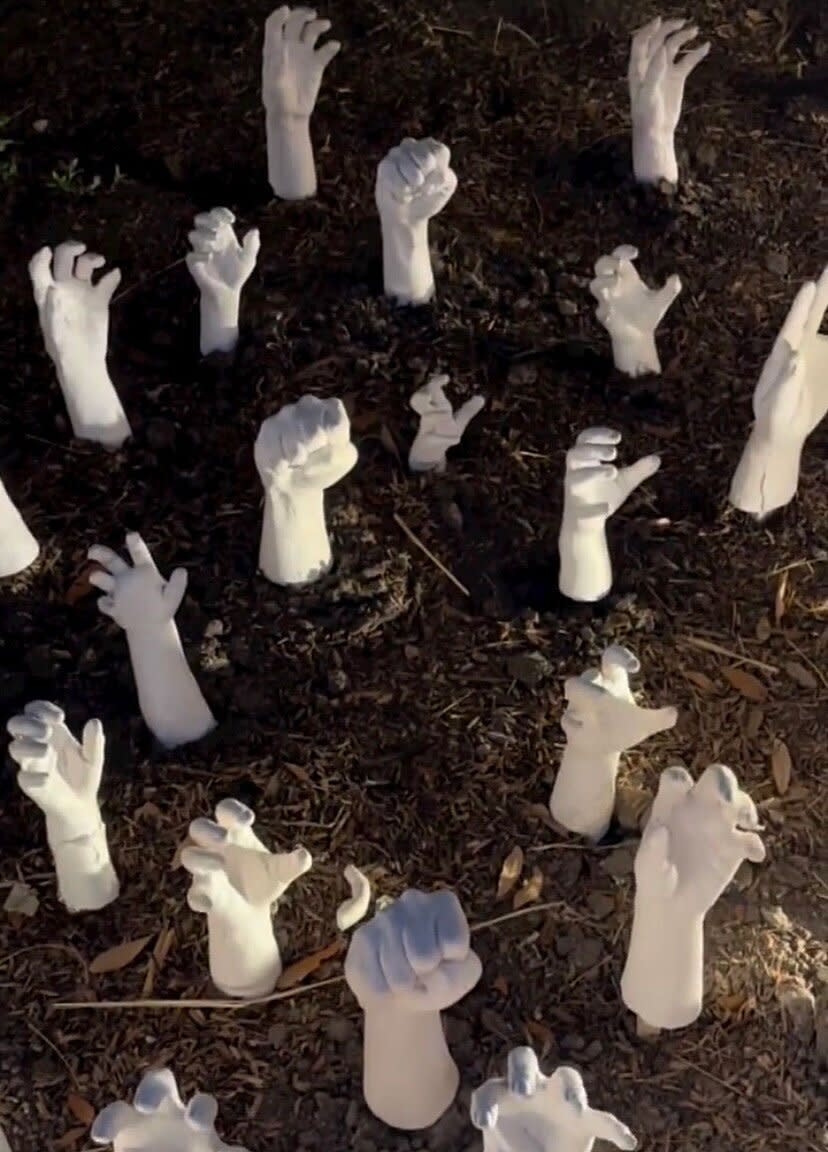 She zooms in on her own hand mold featuring the “long” acrylic nails she was sporting at the time. A mold of her personal chef’s hand is also a highlight, as it is holding an ominous knife. 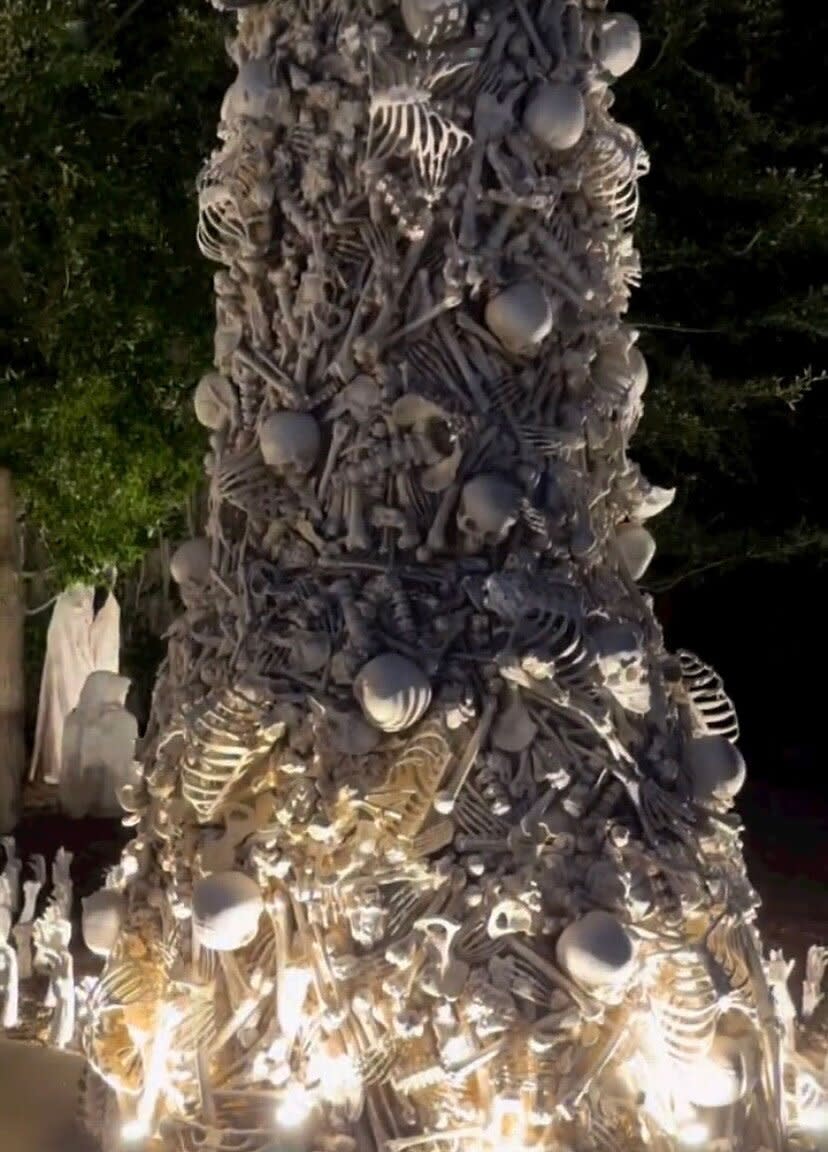 As she heads towards the front of her house, Kardashian shows off a massive skull arch that wraps around the front door. She adds that she wanted a “more tonal palette” for her decorations this year. 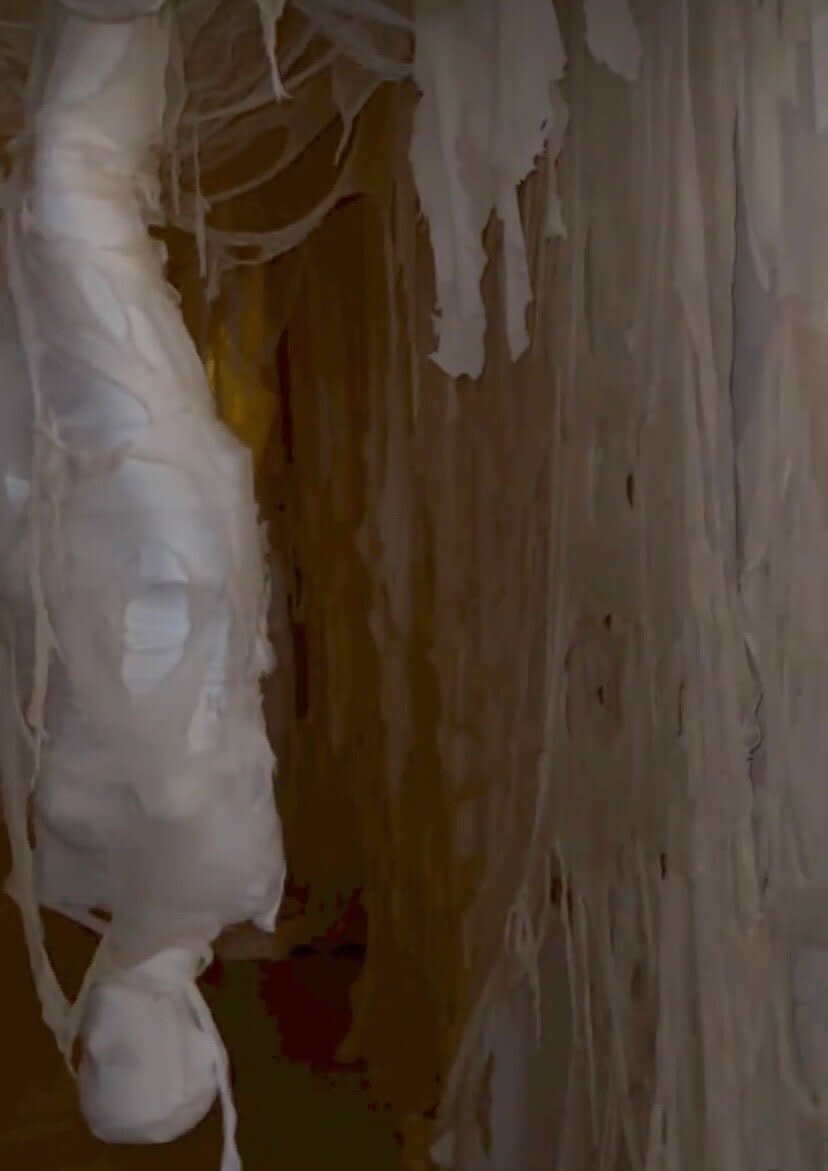 Inside the house, cobweb-like decor hangs from the ceiling and walls. “We have a really creepy situation going on in here,” she says, and continues to show off the fake mummies that are scattered throughout her vast foyer.

RELATED: Kim Kardashian Stands By Her Monochromatic Home But Jokes, ‘My Kids Probably Hate Me’ 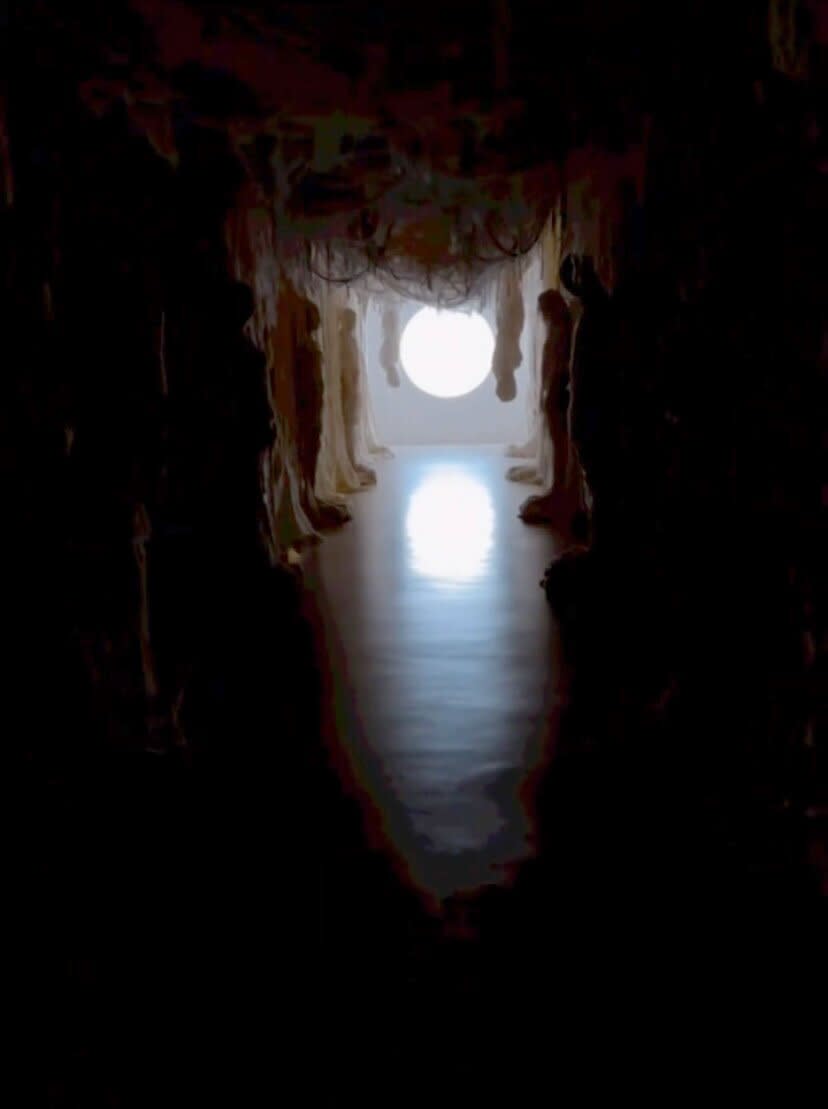 Kardashian’s all-white Halloween decorations match perfectly with the rest of her $60 million mansion’s infamously austere aesthetic, which she described as “zen” on an episode of Live with Kelly and Ryan back in April.

“My house has to be really zen because life, as soon as I step outside, life outside of this house is not zen,” she said on the episode, adding that her house is “monochromatic and minimalist” on purpose, despite her kids’ hatred for the “boring” color scheme.

“My kids probably hate me,” she joked, specifically calling out North. “Like, North will say, ‘Your house is so ugly! It’s all plain, it’s all white!’ She thinks it really gets to me. I’m like, ‘It’s your house too!'”

The former couple purchased the headline-grabbing home for a reported $20 million in 2014 and undertook a top to bottom remodel. They worked with Belgian architect Axel Vervoordt to create the interiors, which West described as a “futuristic monastery” in a 2020 cover story for Architectural Digest.

In March 2021, a source confirmed to PEOPLE that Kardashian and the kids would be staying in the home amid the couple’s divorce.