London: King Charles III has flown to Scotland with his wife, Camilla, the Queen Consort to grieve privately for his mother after 10 days of public appearances and a state funeral following her death.

The King, who is 73, appeared exhausted and emotionally drained at his mother’s services on Monday, having marched on for several kilometres on at least three occasions in military processions over the past week. 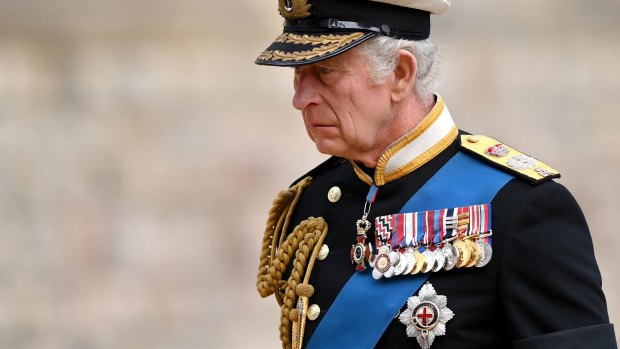 King Charles III appeared emotional and exhausted at his mother’s funeral on Monday after 10 days of public engagements following her death.Credit:Getty

British media reported the pair were seen arriving at RAF Northolt, a military base outside London, on Tuesday morning London time when they boarded a flight to Aberdeen.

The couple is thought to have gone to Balmoral, where the Queen spent her final weeks before she died aged 96 on September 8. Members of the royal family had rushed to Scotland earlier that day after doctors became concerned for her health.

He is likely to stay at Birkhall, his residence on the estate that he inherited from the Queen Mother in 2002.

Although the period of national mourning ended after the Queen’s funeral, royal mourning lasts for an additional seven days. Members of the family are not expected to carry out official engagements and flags at royal residences will stay at half-mast.

Once the mourning period is over, there will be a phased period back to working life – starting with military or charity engagements, before working members of the royal family continue with their personal projects and causes.

Buckingham Palace has declined to comment on the King’s private time.

Charles III is expected to follow a precedent established by Queen Victoria in 1837 and keep Buckingham Palace as his official London residence, The Times reported.

Clarence House has been the official London residence of Charles and Camilla, employing 101 workers including 31 private secretaries. Before his mother died, there was speculation that he would like to remain in Clarence House when in the capital, but staff based there are now being relocated or offered redundancy.

His other residences hang in the balance while the royals continue their period of mourning until Monday.

It is unclear which residence he will choose to be his home while away from Buckingham Palace, with the likely being his long-time home at Highgrove, in Gloucestershire and the Queen’s preference of Windsor Castle.

The King made it clear last year he had plans to give people greater access to the royal palaces when he becomes king. According to a report in The Sunday Times, he wants Buckingham Palace, Clarence House, Windsor Castle, Sandringham and Balmoral to be transformed from “private spaces to public places”.

Balmoral Castle, the historic holiday home of the late Queen, could be transformed into a museum in her honour. 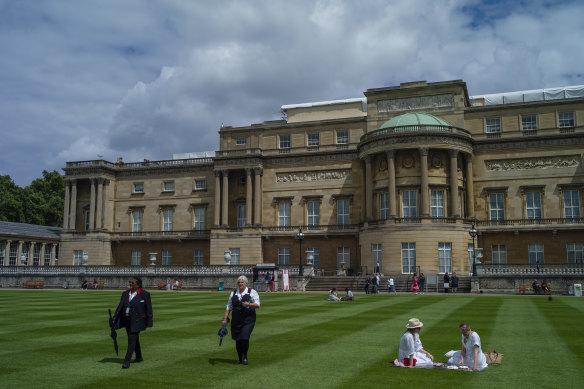 Buckingham Palace could be a public space under the new King’s rule.Credit:Getty

Shortly after her burial, in the King George VI Memorial Chapel in Windsor on Monday night, the royal family’s social media shared a photograph of her on the Scottish estate.

Taken in 1971 by her cousin, the 5th Earl of Lichfield – a photographer whose archive contains a treasure trove of images of the off-duty royal family over numerous Balmoral summers – it is thought to be previously unseen.

The new monarch holds a special affection for Scotland, similarly to the late Queen. His holidays to Balmoral began in childhood, when he had enjoyed riding with his father and fishing with his grandmother.