A very cheeky monkey has been ‘running riot’ across a town in Brazil.

The primate managed to get his paws on a giant jungle knife and has refused to let it out his grasp.

One resident captured a video of the monkey seemingly sharpening the knife against a brick wall.

The creature can be seen hiding tightly onto the weapon, which is nearly the same size as him.

Perched on a balcony in the town’s shopping centre, the monkey suddenly stretches down to run the knife against the edge of the wall.

Ripples of alarm have spread through the town of Corrente, near to a large national park, as news of the mischievous monkey reached residents.

Local Alessandro Guerra – who shot the above footage of the monkey- says the animal has been running riot in the town for a week.

He told local media: ‘It lets people touch it, it even goes to their houses and many have already taken it by the hand. 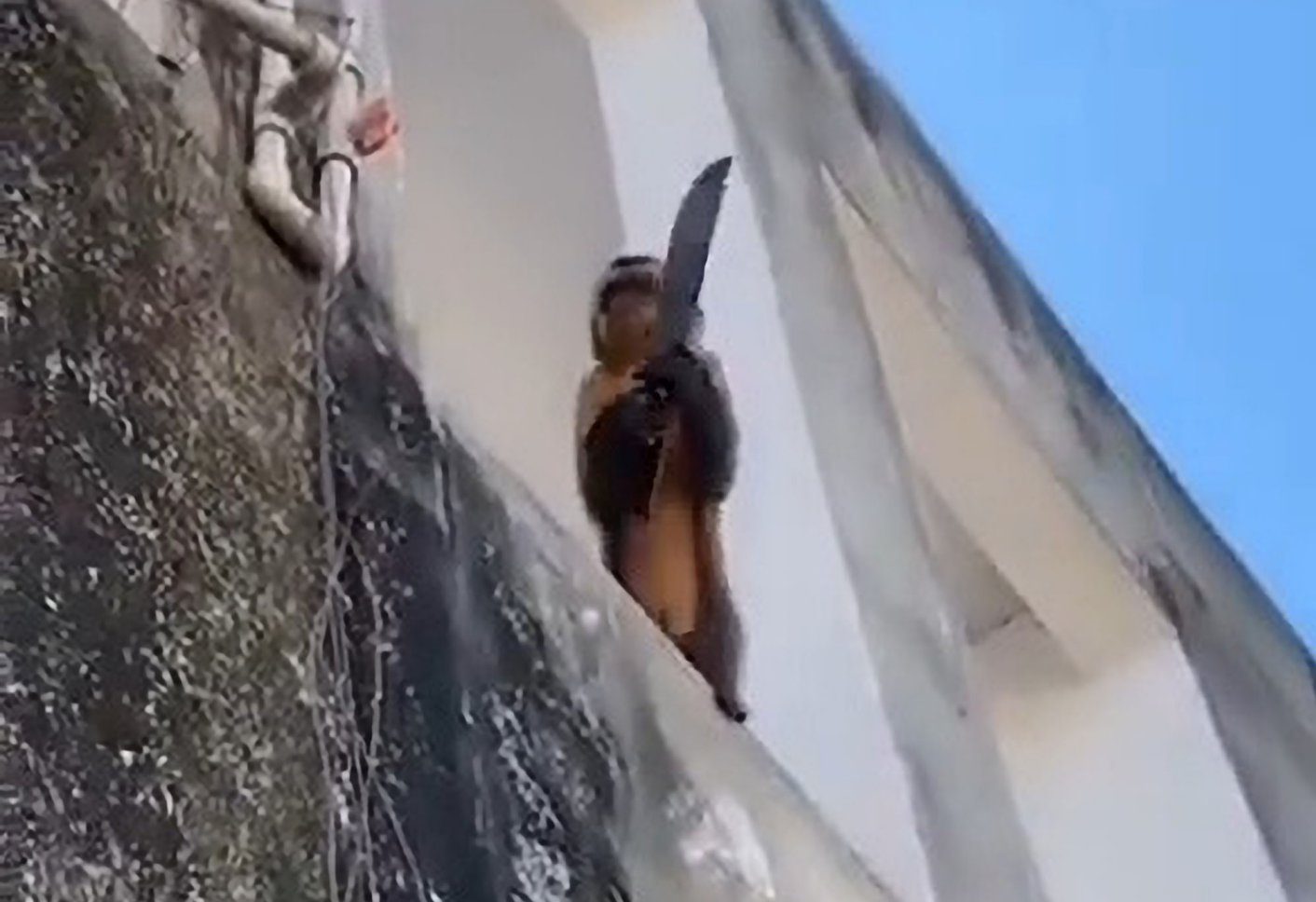 ‘It’s been making a mess. It’s already damaged roofs and this week it showed up with this knife.’

Guerra explained that the primate’s presence had caused opposing reactions across Corrente.

He said: ‘Those who are suffering from the mess are worried, as they can’t leave their doors or windows open.

‘Others are finding it funny, it’s become a meme.’

Corrente’s environment department said it was aware of the case, but it did not have the facilities to collect the animal.

Environmental Police, whose nearest detachment is 403 miles away in Teresina, have also been contacted.

Concerned locals then turned to the Brazilian Institute of the Environment and Renewable Natural Resources, which confirmed it would look into the case.

He added: ‘I did it to avoid something more serious because its behaviour swings a lot, have you thought about if it throws a knife at someone?’

Brazil is home to 78 primate species, among them the howler monkey, the capuchin monkey, the squirrel monkey, the marmoset, and the tamarin.

The country is considered to have the greatest biodiversity of any country on the planet.

It is home to 60% of the Amazon Rainforest, which accounts for approximately one-tenth of all species in the world.

Race to bring a US-style TV news service to Britain