Up to 1,000 people expected to protest against controversial win of Handke, criticised as an apologist for Milosevic. 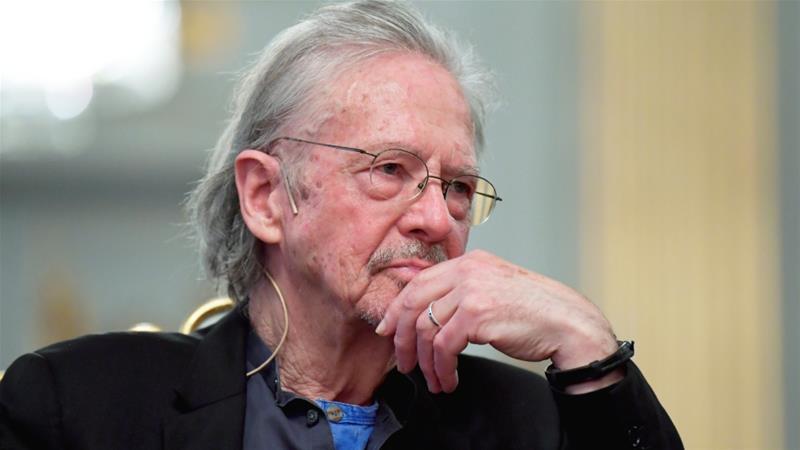 Kosovo’s government has said it will boycott next week’s Nobel Prize ceremony in Sweden to protest against the literature award being given to Peter Handke, an Austrian author criticised for his vocal support for Serb forces in the 1990s wars in former Yugoslavia.

The Swedish Academy’s pick for the 2019 prize, announced in October, triggered outrage in Bosnia and Herzegovina, Kosovo and elsewhere since Handke is seen as an apologist for the late Serbian leader Slobodan Milosevic.

Kosovo’s Foreign Minister Behgjet Pacolli said on Saturday his country’s envoy to Sweden would not attend the awards ceremony in the Swedish capital, Stockholm, on Tuesday.

He was referring to Milosevic’s targeting of ethnic Albanians that led to a 1999 NATO bombing campaign against Serbia.

Ethnic-Albanian majority Kosovo was a Serbian province until it broke away after the 1998-99 war.

Handke’s win on October 10 has been highly controversial, with relatives of victims, politicians and authors denouncing his denial of Serb atrocities during the wars as well as his presence at Milosevic’s funeral.

In the latest case of condemnation, Turkey’s presidential spokesman on Saturday called the Swedish Academy to revert its decision, dubbing it a “shameless decision”.

“Nobel Prize will give the Prize for Literature to Peter Handke who supports Milosevic and denies the Bosnian genocide. This shameless decision must be reverted,” Ibrahim Kalin said on Twitter.

Kalin warned that the prize would serve to “encourage new genocides”, and asked: “How can you award someone without moral consciousness and sense of shame?!”

According to the statement by the Swedish Academy in Stockholm, Handke was awarded for “an influential work that with linguistic ingenuity has explored the periphery and the specificity of human experience”.

Polish author Olga Tokarczuk, who was named the winner of last year’s prize will also receive her award at the ceremony on Tuesday.

About 1,000 people are expected to protest in central Stockholm against Handke’s awarding due to be handed to him by Sweden’s King Carl XVI Gustaf.

Two Nobel committee members have resigned over the selection earlier this week and a member of the Swedish Academy, historian and writer Peter Englund, said he would boycott the ceremony.

“I will not participate in Nobel Week this year … Celebrating Peter Handke’s Nobel Prize would be pure hypocrisy on my part,” Englund told Swedish daily Dagens Nyheter.

Englund headed the Swedish Academy between 2009 and 2015 and reported on the 1990s’ conflicts in former Yugoslavia for Swedish newspapers.

“The choice of 2019 laureate was not just a choice about a body of work, it has also been interpreted … as a defence of the stance that literature is above ‘politics’,” committee member Gun-Britt Sundstrom wrote in a comment to the Dagens Nyheter this week.

Handke spoke at the funeral of Milosevic, who died in a prison cell in The Hague in 2006 while on trial for genocide, war crimes and crimes against humanity.

Handke had visited Milosevic in prison and made attempts to testify in his defence.

“Stand up if you support the Serbs,” Handke said in an article he published during the war in Kosovo.

He claimed that Bosniaks in Sarajevo killed themselves to put the blame on Serb forces who held the capital under siege for nearly four years.

He added that he never believed the Serbs committed genocide in Srebrenica, despite a United Nations court ruling to the contrary.

In the 1990s, Handke emerged as one of the few European intellectuals who publicly supported Serb forces during the bloody collapse of former Yugoslavia that killed more than 130,000 people.

The author was accused of minimising Serb war crimes in his 1997 book, A Journey to the Rivers: Justice for Serbia.

On Friday, Handke dodged questions by journalists at a news conference held in Stockholm before the ceremony.

Asked why his books did not mention the work of the International Criminal Tribunal for the former Yugoslavia, which recognised Srebrenica as genocide, Handke referenced a recent hate letter sent to him.

“I prefer an anonymous letter with toilet paper to your empty and ignorant questions,” he said. 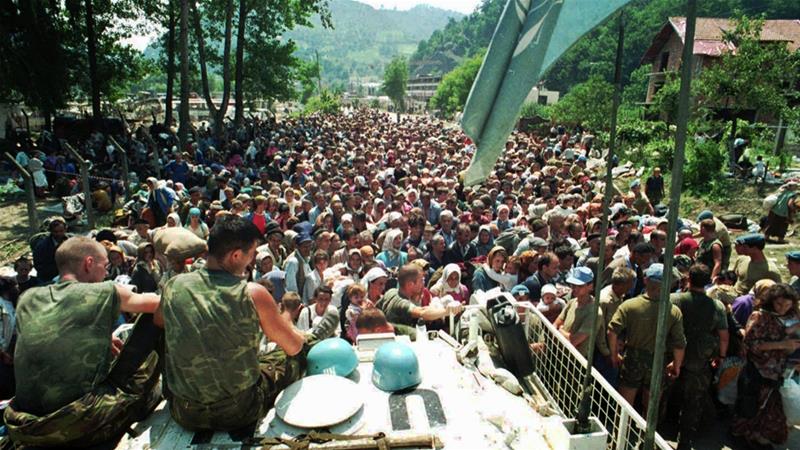