LA County sheriff’s deputy is investigated for having sex on duty – after accidentally broadcasting the tryst on police radio, where she is heard telling partner ‘you’re going to rip my underwear’

A Los Angeles Sheriff’s deputy has found herself in trouble after allegedly getting lucky while on the job.

One female deputy with the Los Angeles County Sheriff’s Department is currently under investigation after she allegedly broadcast herself having sex while she was still at work.

A short clip of the romp, which was heard across radios on the LASD channel, was obtained by TMZ and includes the woman and her partner giggling while in the thick of the act.

‘You’re going to rip my underwear,’ the woman can be heard saying through laughs. 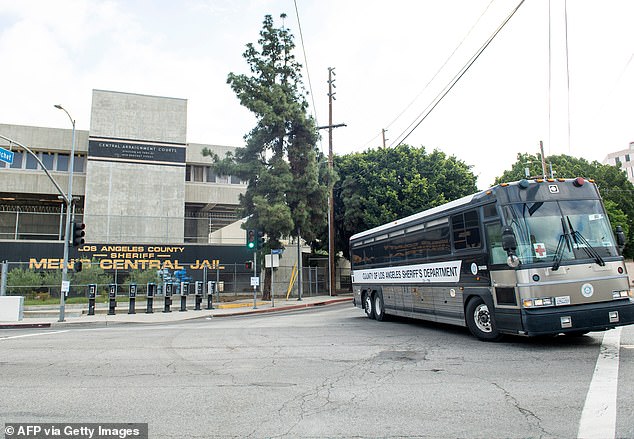 The man heard in the audio responds, laughing: ‘well, then move.’

The audio reportedly went out over the air last week and includes a female deputy who works at the Los Angeles Men’s Central Jail.

According to sources who spoke with TMZ, the woman was engaging in the ‘nitty gritty’ while on a break.

The woman had reportedly taken her radio out to a parking structure and accidentally engaged the airwaves.

It’s unclear if the man in the audio clip is also employed by the Los Angeles Sheriff’s Department. 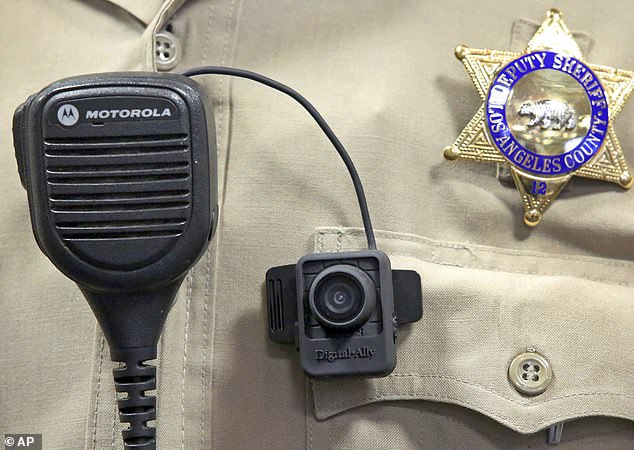 According to sources who spoke with TMZ, the woman was engaging in the ‘nitty gritty’ while on a break

Punishments could range from a suspension to a firing, the outlet reported.

In a statement to DailyMail.com, Deputy Maria Lucero confirmed the incident is under investigation and does not condone any possible inappropriate behavior.

‘The Department is inquiring and investigating further.

‘The Department does not tolerate inappropriate behavior and has an expectation that each Department member will conduct themselves in a professional manner consistent with our values,’ Deputy Lepore said. 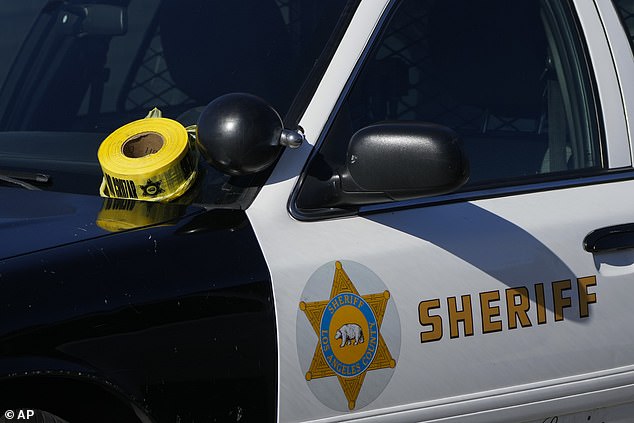 ‘The Department is inquiring and investigating further’  an official told DailyMail.com 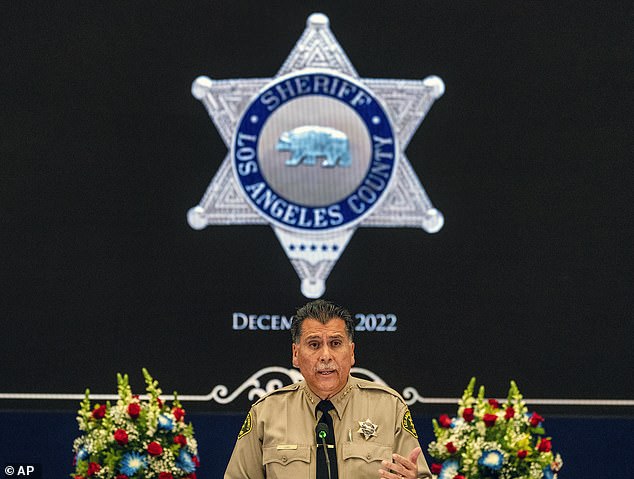 The latest incident comes two years after another deputy from the same law enforcement agency was caught in the act at Universal Studios Hollywood.

The man left his microphone on while he was having sex near the park’s Bates Motel attraction.

Cops say the deputy was ignoring calls from fellow law enforcement officials who were trying to alert him to the situation.

At one point, a woman could loudly be heard moaning ‘oh.’

That deputy was later fired for his role in the situation. 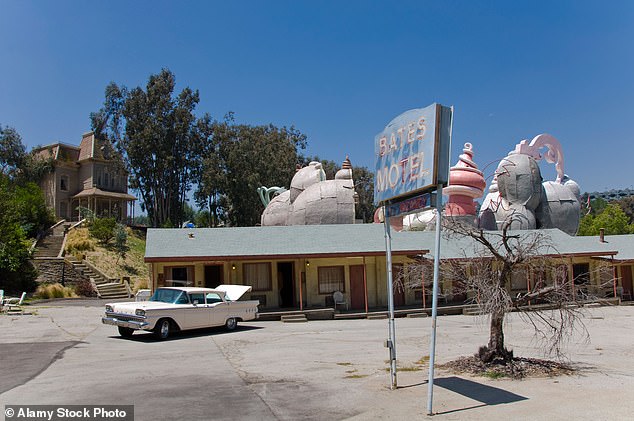 Officer Christian Goggans, 30, is under investigation by the Phoenix Police Department for making and distributing pornographic photos and videos on his Twitter account under the name ‘Rico Blaze.’

Goggans would allegedly post the photos and videos to his account, which has since been deleted after he initially made it private.

In the description of Goggans’ alleged page, the cop wrote: ‘I create Art & my [eggplant emoji] is the pen.’ 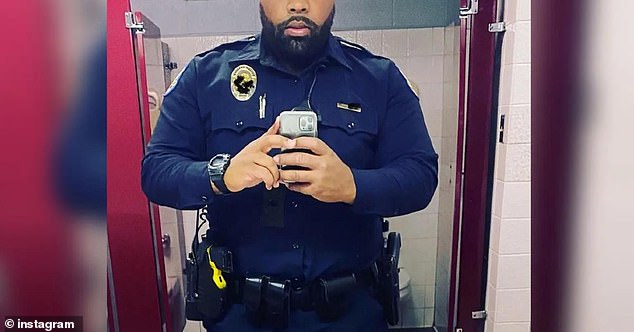 Phoeniz police officer Christian Goggans, 30, is under investigation for allegedly making pornography on the clock

A legacy of war: U.N. clears thousands of explosives in Iraq

Terrified Russians think they are under attack as a meteor EXPLODES