A Bill aimed at banning wet wipes which contain plastic has cleared its first hurdle in the House of Commons today after a Labour MP proposed the new law.

Fleur Anderson, who is MP for Putney, wants to prohibit the manufacture and sale of wet wipes containing plastic. Her proposed Bill had its first reading on November 2, and comes as world leaders are meeting in Glasgow for the COP26 climate change summit.

Ms Anderson, who is a mother of four children, says that 90% of the 11 billion wet wipes that are used in the UK contain some form of plastic which, when broken down, turn into microplastics.

These plastic particles, approximately 5mm in size, are found in a range of personal care products, including make-up removal wipes, face creams and deodorants.

Many microplastics are too small to be filtered by water treatment, causing them to enter our drains, polluting seas and rivers. 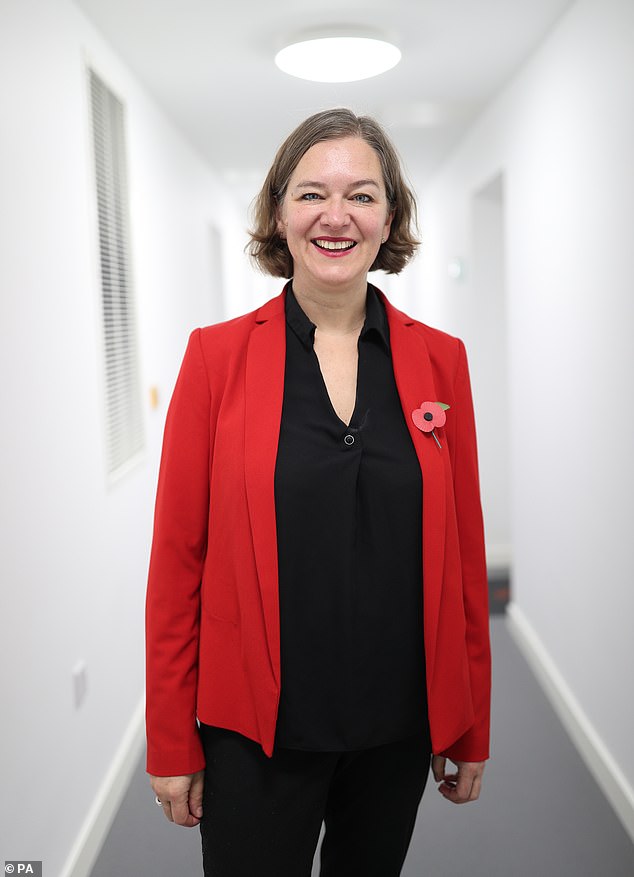 Putney MP Fleur Anderson (pictured) wants to ban all wet wipes that contain plastic. The mother of four children says 90% of the 11 billion wet wipes used in the UK contain some form of plastic

Ms Anderson said: ‘As a mother of four children, I completely understand the pressures that parents are under and the difficulties that can bring when trying to cut down on plastic and make the right choices for the environment.

‘Everyone should bin and not flush wet wipes, but either way they contain plastic which gets in the environment and kills wildlife.

‘My Bill comes in the same week as world leaders are meeting for Cop26 and will show that the UK can take serious action and ban plastic from wet wipes made and sold in the UK.’

The Plastics (Wet Wipes) Bill which was introduced in the Commons by Ms Anderson will be read again on Friday November 19, and debated by MP’s in the House of Commons.

In January 2018, the Department for Environment, Food and Rural Affairs (Defra) published its 25 Year Plan to Improve the Environment, which sets out goals for improving the environment and protecting plants, trees and wildlife species.

One of its targets is to eliminate avoidable plastic waste by the end of 2042.

Thousands of throwaway wet wipes are flushed every year, bunging up sewers and polluting water ways.

Approximately 93% of blockages in UK sewers are caused by wet wipes.

‘In 2019, 23,000 wet wipes were counted and removed from a single stretch of the Thames foreshore in just two hours. That is even more terrifying when you consider that our reliance on wet wipes is growing day by day. 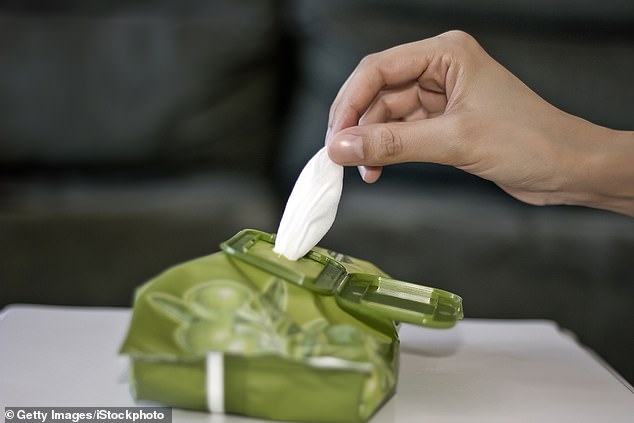 ‘It isn’t just causing environmental damage and polluting our marine environments, it is also costing water companies around £100 million per year to clear 300,000 blockages. That is money that then ends up on our water bills each month.’

Ms Anderson is calling on manufacturers to switch to non-plastic alternatives and for UK retailers to be held to account for incorrectly labelling their products as ‘Fine to Flush’.

‘There are so many different types of wet wipes for sale but the labelling is really confusing,’ she continued.

‘It really isn’t easy to determine which wet wipes contain plastic and which are ‘fine to flush’.

‘There will be thousands of people out there right now using wet wipes every day with no idea that they are using a single-use plastic and with no idea of the harm that it is doing to our water systems and our marine environments.

‘It has been years since Defra (Department for Environment, Food and Rural Affairs) announced it would target plastic-containing wet wipes in its bid to eliminate all avoidable single use plastic within 25 years.

‘Well, it’s Cop26 this week and the Environment Bill is going through Parliament. This is the perfect opportunity to make good on that promise. Let’s ban plastic in wet wipes once and for all.’

In a statement to the BBC, a Defra spokesperson said: ‘Through our 25 year environment plan, we have a clear commitment to eliminate all avoidable plastic waste.

‘We are working with manufacturers and water companies to ensure labelling is clear on wet wipes and also raising awareness about how to dispose of them properly.’

Cardinal Pell accuser: ‘This does not define me’