Britain’s stairway to heaven: Launchpad that will one day blast satellites into low earth orbit is completed in Scotland… with ‘dress rehearsals’ to begin soon

A launchpad destined to be used in the Scottish town of Sutherland’s space port has finished construction, the firm behind the project has said.

Orbex has temporarily installed its launchpad at a test site near Kinloss, Moray, close to Orbex headquarters in Forres, Scotland.

The launchpad, known as Orbex LP1, is expected to be fully operational by early 2022 and is the first rocket launch platform to be built in the UK in over 50 years, weighing in excess of 40 tonnes,

It will support the testing of the firm’s Prime rocket – a micro-launcher designed to transport small satellites weighing around 150kg into low Earth orbit.

Although actual launches of the Orbex Prime rocket will not take place at the Kinloss site, full ‘dress rehearsals’ of launch procedures will go ahead there.

A video showed the launchpad travelling on two trucks to its destination at Kinloss on Saturday, February 5. 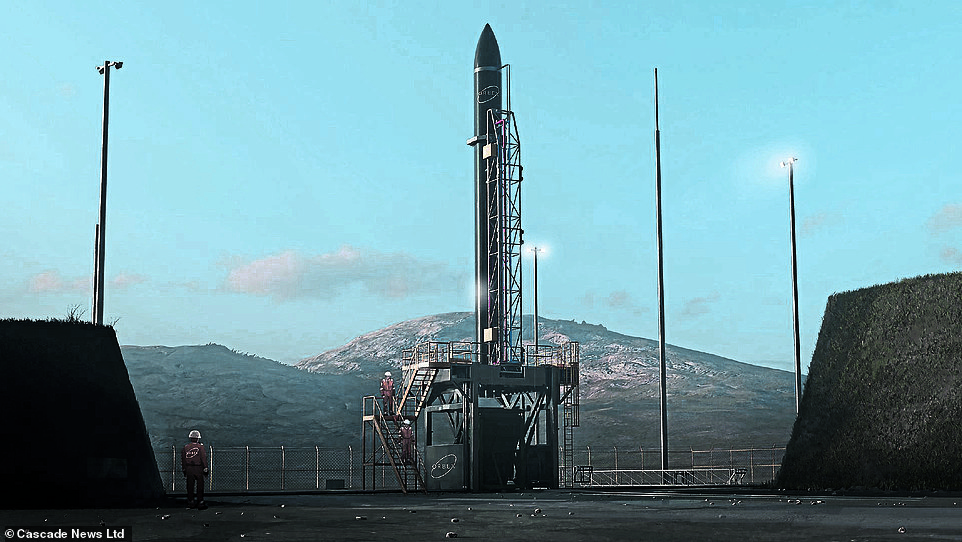 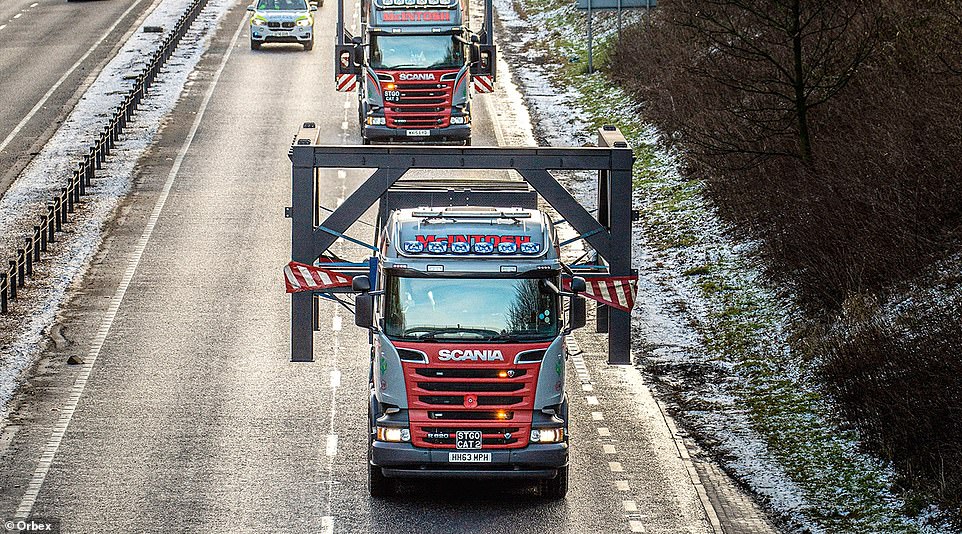 The launchpad made an 80-mile journey from Peterhead to the Orbex test site at Kinloss on February 5. Two large trucks transported the platform accompanied by a police escort 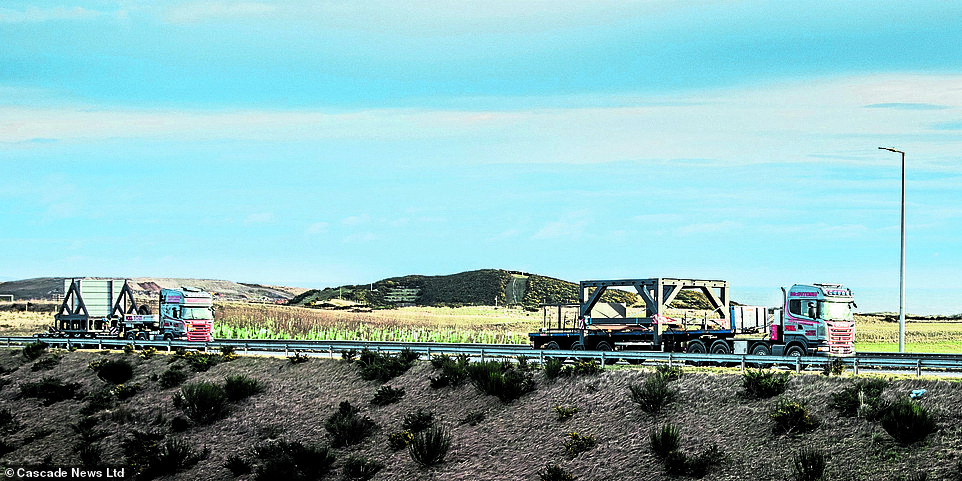 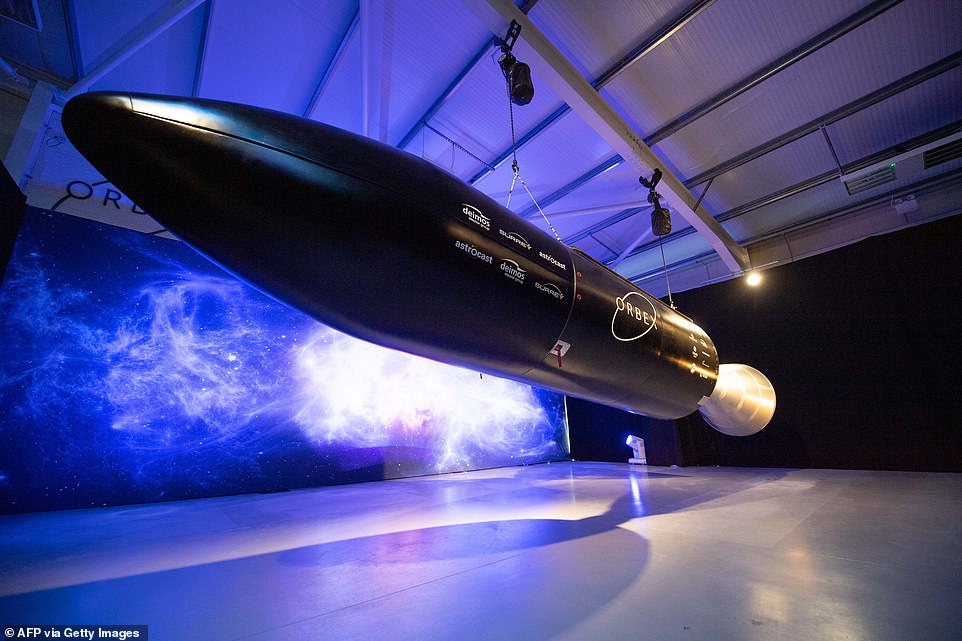 A picture shows the new Prime Rocket unveiled by the British aerospace company Orbex in 2019. The Prime Rocket is designed to deliver small satellites into low Earths orbit 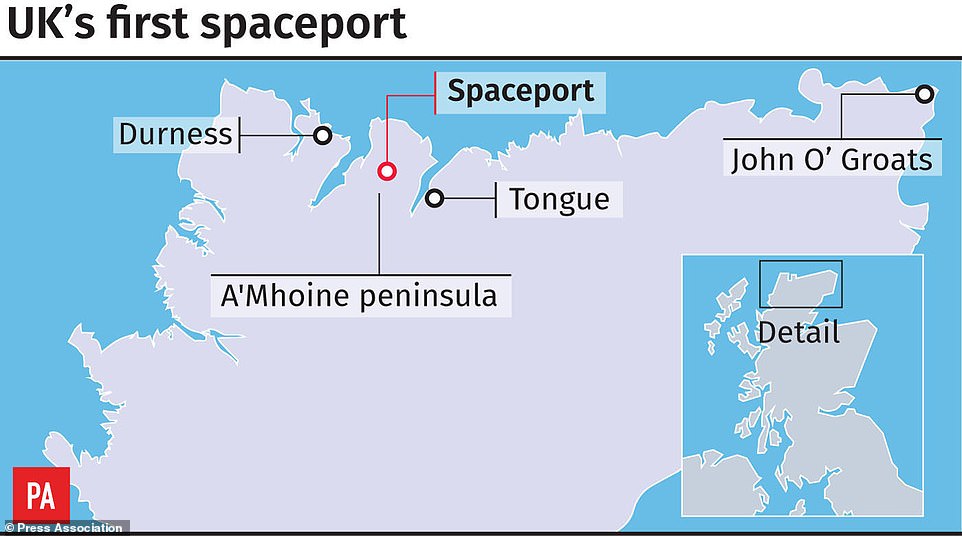 The 2,000 square metre headquarters is in Forres, in the north east of Scotland. The new base will bring more than 130 jobs to the region, combining rocket design and integration facility, an operations centre and executive offices

Last year, the space port cleared a major hurdle when Scotland’s largest land owner lost a legal bid to halt the development of the site.

Danish billionaire Anders Povlsen, who owns the majority stake in the clothing website Asos, said the development could be damaging to local wildlife.

In a Court of Session judgment, Lord Doherty rejected the legal challenge brought by Mr Povlsen’s company, Wildland Ltd, against Highland Council, saying he was ‘not persuaded’ the local authority had breached any law.

Lord Doherty considered that ‘none of the grounds of challenge is well-founded’.

Orbex LP1 is the first launchpad of its kind to be built in the UK since the High Down Rocket Test Site facility on the Isle of Wight, which was decommissioned in the early 1970s. 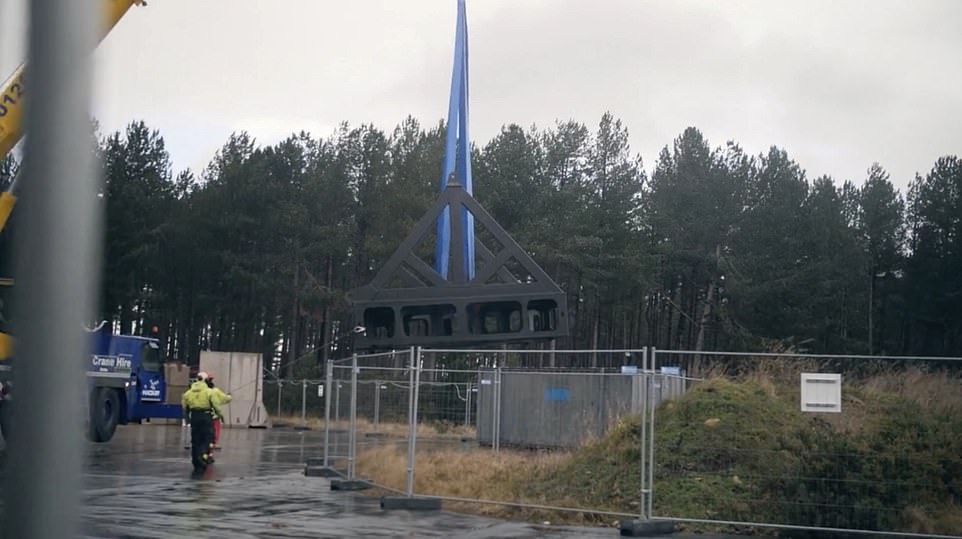 Although actual launches of the Orbex Prime rocket will not take place at the Kinloss (pictured), full ‘dress rehearsals’ of launch procedures will go ahead 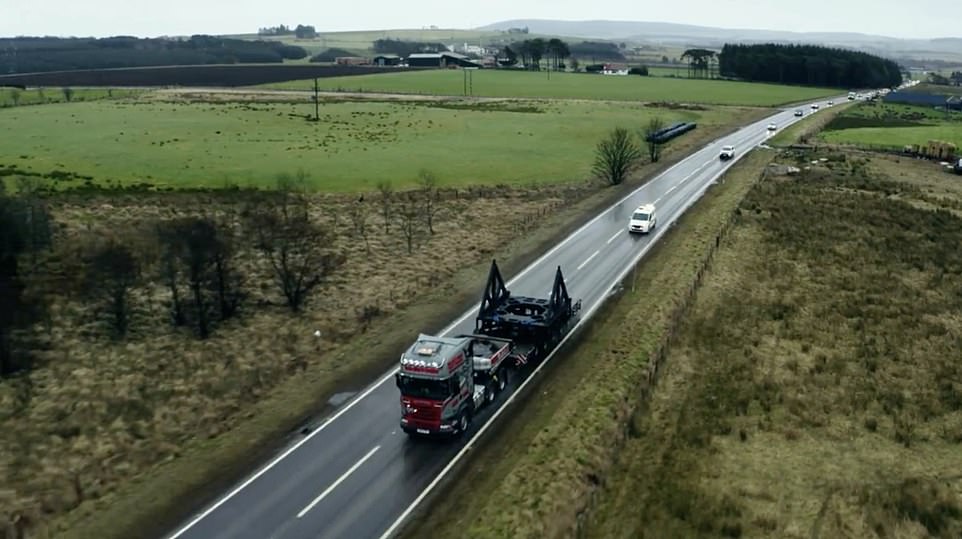 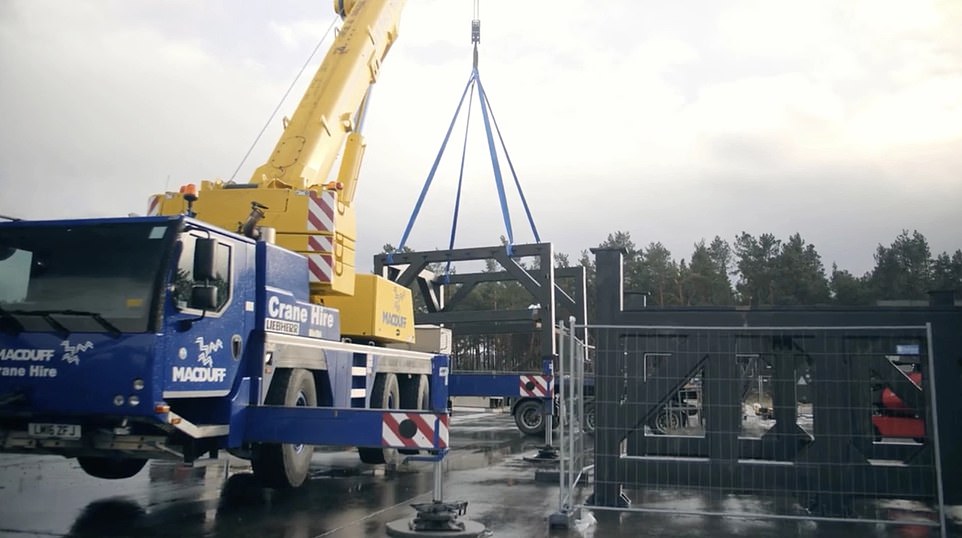 Upon reaching the testing site in Kinloss, the launchpad was carefully reassembled ready for ‘dress rehearsal’ testing 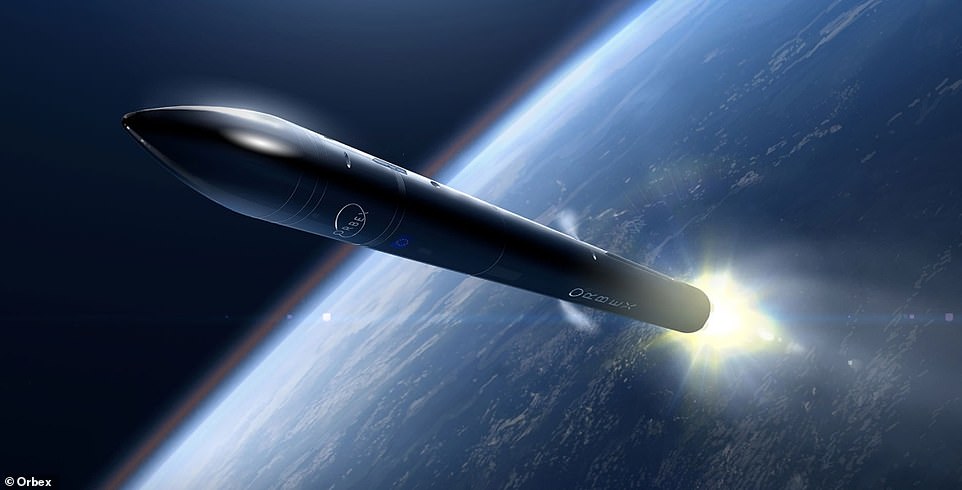 British spaceflight company Orbex, plans to open their headquarters and rocket design facility in Sutherland in the Scottish Highlands. The 2,000 square metre HQ in Forres, in the north east of Scotland. The new base will bring more than 130 jobs to the region 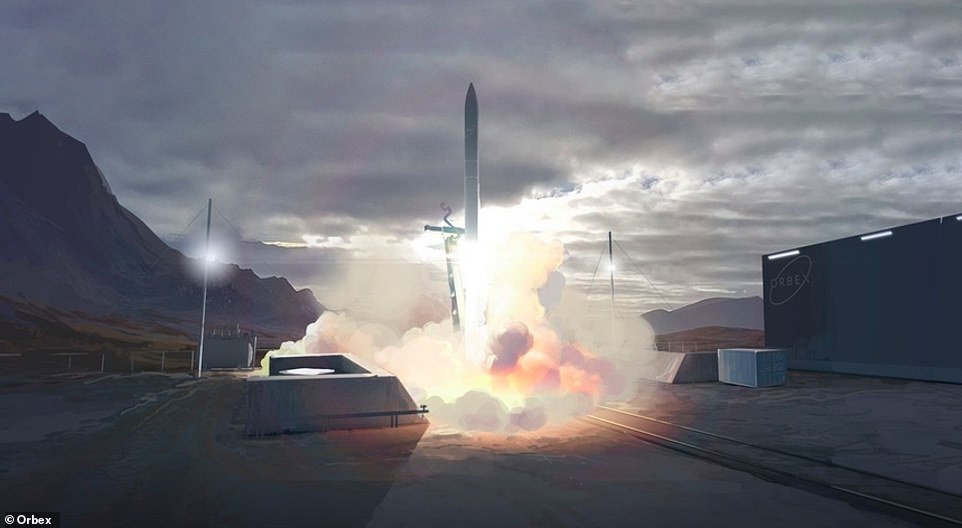 Prime has been designed to take satellites into Earth’s orbit to altitudes of up to 776 miles (1,250 km). The new headquarters in Forres will combine a rocket design and integration facility. Here, a rocket launches at the proposed Sutherland site

High Down was the test site for the Black Arrow rocket, the first – and so far only – British-made rocket to successfully deliver a satellite into Earth’s orbit, launching from Woomera in Australia in October 1971.

The new Launch Platform in Kinloss will enable Orbex to accelerate plans to launch Prime from its ‘home’ spaceport at Sutherland in the North of Scotland.

Space Hub Sutherland is the world’s first carbon neutral spaceport and the only spaceport in the UK to have received full planning permission.

Construction of the spaceport is due to begin early in 2022 ahead of the first expected launch of Orbex Prime later in the year.

The UK Space Agency has selected Sutherland, on Scotland’s north coast, as the site for Britain’s first spaceport.

The site is being developed by US aerospace and defence behemoth Lockheed Martin.

It will launch satellites and rockets into space as early as this year.

Outside of the US, Scotland produces more satellites than any country.

The Sutherland project is under pressure from similar bids in Scandinavia.

The first Northern European site to offer commercial launches is set to hold a stake in the global space industry worth billions.

Nestle to suspend many products in Russia, including KitKat

The NFL is intertwined in the Jon Gruden racism controversy, and it can’t just walk away