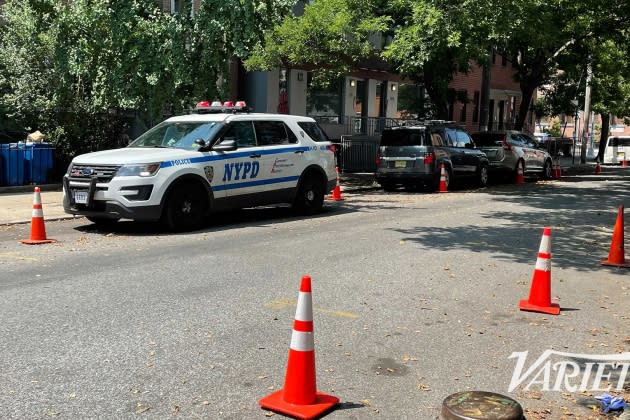 UPDATED: A crew member for “Law & Order: Organized Crime” was shot and killed early Tuesday morning in New York while on location for filming of the show’s third season, Variety has confirmed.

“We were terribly saddened and shocked to hear that one of our crew members was the victim of a crime early this morning and has died as a result,” NBC and studio Universal Television said in a joint statement. “We are working with local law enforcement as they continue to investigate. Our hearts go out to his family and friends and we ask that you respect their privacy during this time.”

According to the NYPD, the crew member was a 31 year old male named Johnny Pizarro who currently lived in Queens. He was sitting in his car at approximately 5:15am ET in the Greenpoint neighborhood of Brooklyn when an unknown person approached the car, opened the door, and opened fire. Pizarro was transported to Woodhull Hospital where he was pronounced dead on arrival.

Filming was to take place in the neighborhood Tuesday, and Pizarro was there early as part of set security and parking enforcement. He was employed by a private company that was contracted by the production. It is unclear at the time of this publishing if the killer knew the victim or what the possible motive could be. The killer was described by witnesses as wearing a black hoodie and black pants.

‘You will never hear me mention his name’: NZ PM refuses to speak accused gunman’s name