Liz Truss vowed last night to do everything in her power to ‘make sure our great nation succeeds’.

Voting closed yesterday in the race to become the next prime minister, with the winner to be announced on Monday.

Miss Truss, who is the frontrunner in the Tory leadership contest, said she believed ‘in a brighter and better future for Britain’.

Speaking as voting closed at 5pm, the Foreign Secretary declared: ‘If I am elected prime minister, I will never let anyone talk us down and I will do everything in my power to make sure our great nation succeeds.’

She said it had been ‘fantastic’ speaking to thousands of Tory members during the six-week campaign. 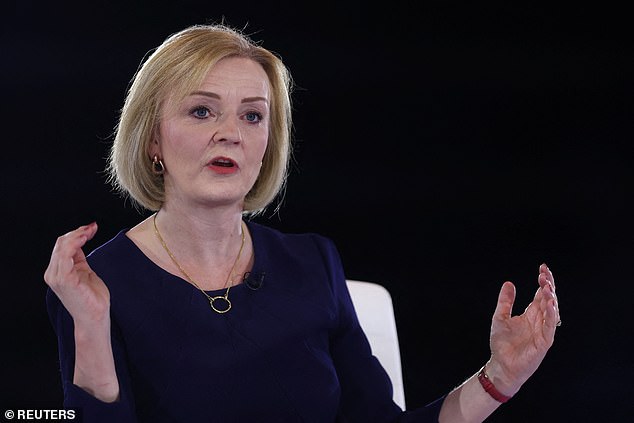 ‘I have a bold plan that will grow our economy and deliver higher wages, more security for families and world-class public services,’ she added.

‘I’ll do this by cutting taxes, pushing through supply-side reform [measures to improve productivity and competition] and slashing red tape that is holding businesses back.’

Nadhim Zahawi, the current Chancellor, said yesterday that the Treasury was preparing new financial support options for the incoming prime minister, including for households not in receipt of benefits and small businesses being rocked by the spike in energy prices.

He suggested the Government will need to extend support into 2023 to send a ‘very clear message’ to Russian president Vladimir Putin that his tactics on energy supplies, which have led to price surges, are not going to work.

Regulator Ofgem has confirmed the energy price cap will rise by 80 per cent, which will mean the average household’s yearly bill will go from £1,971 to £3,549 from October.

Businesses, whose bills are not subject to the price cap, are seeing rates rise even higher. Speaking at an event run by the Policy Exchange think-tank in London, Mr Zahawi said of forthcoming support: ‘We need to target those families, those households, who literally have no headroom at all.

‘Why? Because I think we need to send a very clear message to Mr Putin that this strategy is not going to work, that we are going to be resilient, we’re going to put help into households and to businesses so the targeting, I think, is the right approach.’

On businesses, he said: ‘I think the long-term scarring effect on the economy if we allowed perfectly viable small businesses to go under because of the energy price shock that we are encountering would be a mistake.

‘That is why we are preparing options for the incoming prime minister to hit the ground running to make sure we deliver not just for households but for businesses as well.’ 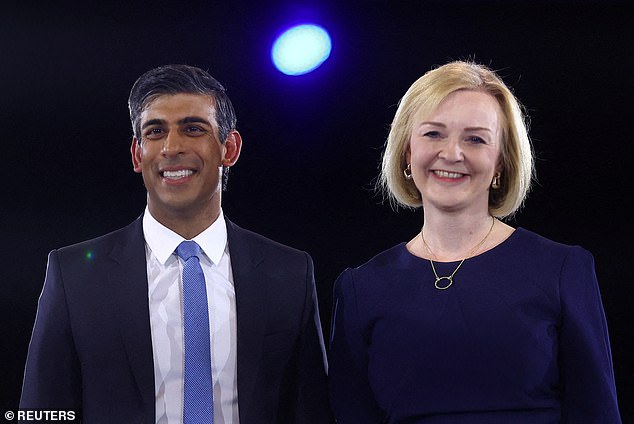 The winner of the Conservative leadership contest will be announced on Monday, with Boris Johnson set to tender his resignation to the Queen at Balmoral on Tuesday before his replacement takes over

He added: ‘There is no doubt that these are probably the most challenging [economic] times that a government has faced because historically there’s been a gap between each shock for the economy to recover. There’s been very little gap between the pandemic and, of course, war on our continent.’

Mr Zahawi also suggested Miss Truss should rein in the Treasury to stop it obstructing policies agreed by Cabinet ministers. He said: ‘When we make a decision at Cabinet, I think the role of the Treasury… should be the enabler.

‘Far too much of what happens is we make a decision, then there’s a bunch of hurdles put in the way for delivery.’

The winner of the Conservative leadership contest will be announced on Monday, with Boris Johnson set to tender his resignation to the Queen at Balmoral on Tuesday before his replacement takes over.