Machete gang face decades in jail for raiding businesswoman’s £1.5m home, vowing to kill her and her family and stealing £66,000 of jewellery – leaving her children too scared to sleep there

A wealthy businesswoman targeted along with her family by armed raiders at their £1.5m country mansion told a courtroom of her ordeal as the robbers faced decades behind bars today and said: ‘A death sentence is not enough for them.’

Aga Pedrosa, 39, was at home with partner Dylan Jones, her daughter aged 13 and son nine when the three raiders branding machetes burst in and terrorised for jewellery which had been in her family for 130 years.

During the terrifying hold up at the large detached property in the village of Warburton, near Altrincham, Greater Manchester, Ms Pedrosa had one of the blades held to her throat whilst financial advisor Mr Jones, 51, who is managing director of wealth management company was warned: ‘Show us where the safe is, or we’re going to kill you and the rest of your family’.

The teenage daughter heard the commotion and dashed downstairs to witness a terrified Mr Jones being threatened by the robbers whilst Ms Pedrosa’s son was dragged naked from his bed whilst he was reading a comic book.

Mr Jones opened the safe whereupon the robbers stole a haul of jewellery sentimental rings and necklaces worth £40,000, two Breitling watches worth in total £20,000, and a Raymond Weil watch valued at £2,000 plus £4,000 in cash.

Manchester Crown Court heard the traumatised couple have since spent £35,000 on a panic room at their home whilst the children were forced to stay with relatives as they were too scared to sleep in their own beds.

This week at Manchester Crown Court, Ms Pedrosa who is CEO of an organisation which helps sufferers of dementia condemned the robbers as they appeared along with two other members of their gang over 29 raids which occurred over a six-month period.

Michael Burke, 40, of Stretford, Jack Yarwood, 35, of Salford, Stuart Watson, 40, and Daniel Adamson, 35, was found guilty of conspiracy to rob. Michael Kedie, 30, of Sale, also admitted conspiracy whilst his brother Connor Kedie, 23, of Sale admitted assisting in the commission of an offence. 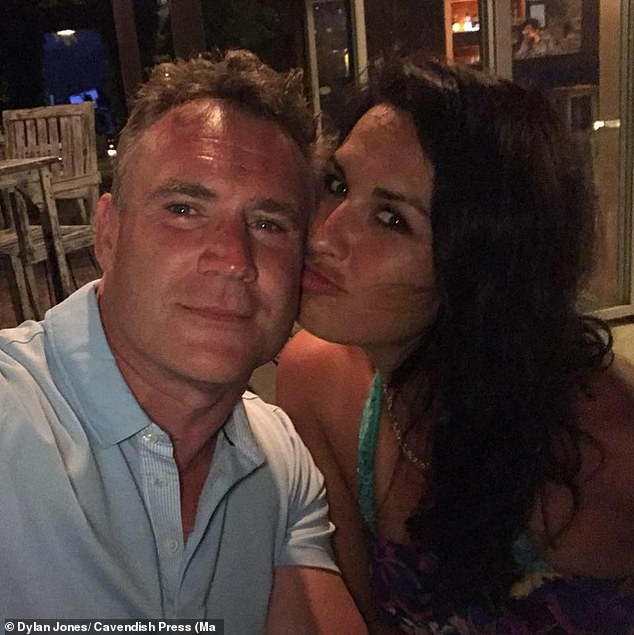 Married couple Dylan Jones and Aga Pedrosa, who were targeted by the criminal gang 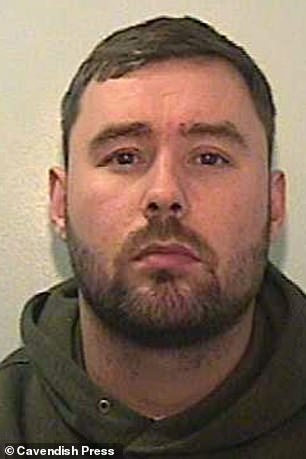 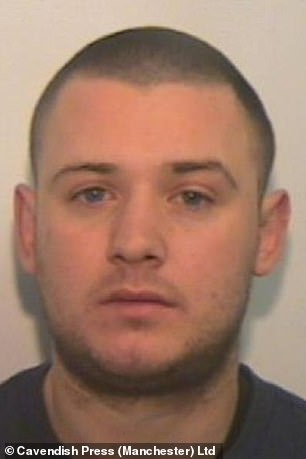 Jack Yarwood, 35, and Michael Kedie, 30, are both facing jail over the terrifying attack 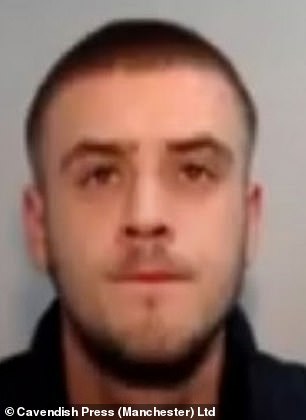 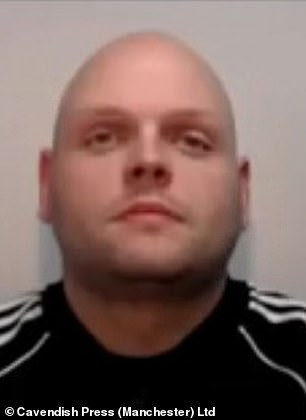 Connor Kedie, 23, of Sale admitted assisting in the commission of an offence, while Daniel Adamson, 35, was found guilty of conspiracy to rob

In a video message played to the robbers Ms Pedrosa said: ‘I thought after a few months I would be fine, but I’m still feeling broken and I’m not the same person as I used to be. I would like to ask these men what has happened to them in their lives before, in their childhood maybe, to turn into men that will do and could do what they did to us and my children.

‘This is not normal. People are not born evil like this, and what they did to two young children is unforgettable. I hope they can realise what they have done. My children are young and just starting out, and this will affect them for the next 70 to 80 years of their lives.

‘They are always going to fear the dark. These are always going to have extra security in their houses. They cannot live like any other people. They have had the worst start to adult life because of this experience, and this will live with them for the rest of their lives, because some men wanted what we had – things that we have worked for very hard, and those people violently attacked us.’

She added: ‘A death sentence is not enough for these men. They have destroyed not only our lives but countless other families too, and they should not be allowed to be free again.

‘As a victim, I will always be thinking of them, and I will never feel safe again. They will not change their ways if they do not get a big sentence, and in my opinion, it will give them permission to do it again.

‘I am here today making this video for them to look in my eyes and today for the first time, I have the power over you, because the night of that attack, you had the power over us, using machetes and crow bars to keep us quiet. Today, it is a victory day for me and my family, and I have power over you.’

The robbery occurred on September 16, 2019, after Mr Jones had checked the doors and locks of their remote property before going to bed.

Henry Blackshaw prosecuting said: ‘There were expensive cars parked outside and the robbers clearly believed the occupiers to be storing property of significant value. 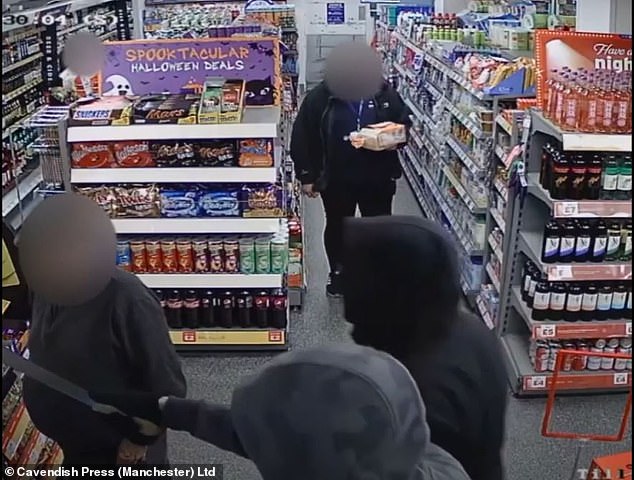 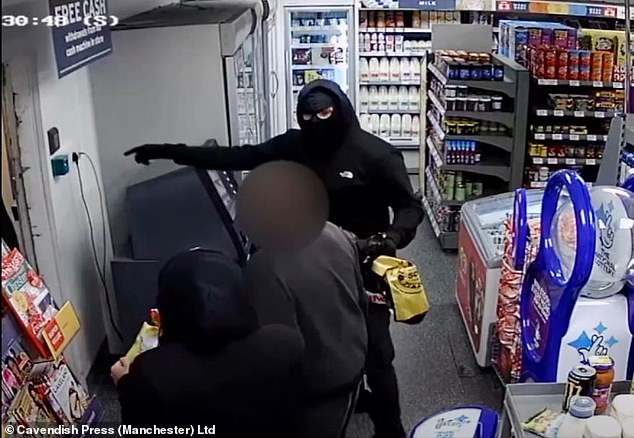 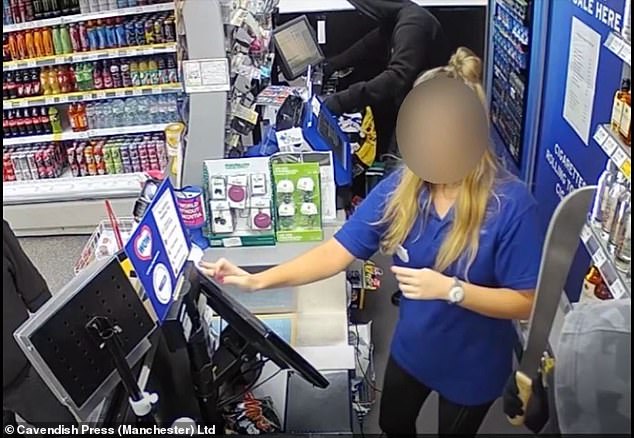 ‘That evening the family were retiring to bed and both of the children were in their respective bedrooms each reading books in bed, whilst the adults were securing the downstairs and preparing to retire upstairs themselves.

‘Mr Jones had checked the bolts which secured the external doors to the conservatory when those doors were breached by a concrete bird bath being thrown through them. He likened the sound and impact of that to that of a ‘stun grenade’.

‘Immediately after that three men entered the house in rapid succession, at least two of them brandishing large, shiny and sharp machetes, with a third in possession of a large crowbar. Aga describes the machetes being brandished in a slashing motion. The men immediately threatened Mr Jones, saying ‘Give me your watch, give me everything or I’ll f****** kill you’.

‘He was pushed and kicked to the ground before being dragged to his feet and struck on the arm with the crowbar. Aga was physically grabbed and dragged towards and then up the stairs. The daughter, who had heard the sound of the crash thought initially that somebody had dropped a stack of plates and went downstairs only to see the men dressed in black clothing and balaclavas.

‘She later said: ‘they had big machetes like I couldn’t imagine. I thought I was going to die’ and describes seeing Mr Jones as looking ‘really, really scared’ and that her face ‘just went blank’. She then heard being said ‘Show us where the safe is, or we’re going to kill you and the rest of your family’.

‘The robbers saw her coming down the stairs and yelled at her ‘get back upstairs’ and she ran off screaming her head off. One of the robbers accompanied Aga and Mariella back up the stairs where Aga then went to the bedroom of the son who was at this stage seemingly oblivious to what was happening in the house and still reading his book in bed.

‘She was required to get him out of bed, where he was naked and thereafter herself and her two children were put into a dark closet from where they were, they could hear what was happening downstairs. The daughter recalled hearing ‘If you don’t show us where the safe is we will kill the rest of you, so no one’s gonna find out this happened’.

‘Mr Jones said he was told ‘Show me where the safe is or I’ll cut you and hurt the children upstairs.’ He describes these words being said repeatedly and expressly in such terms as ‘Do you want us to cut to the children? We will unless you tell us where the other safe is’. 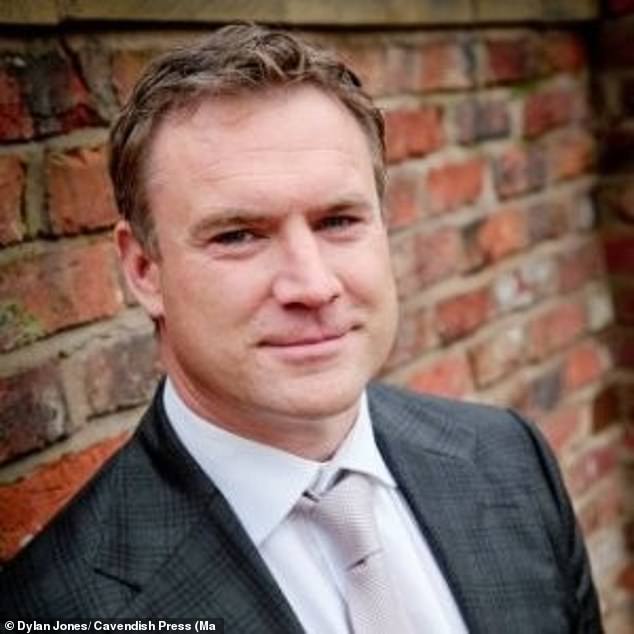 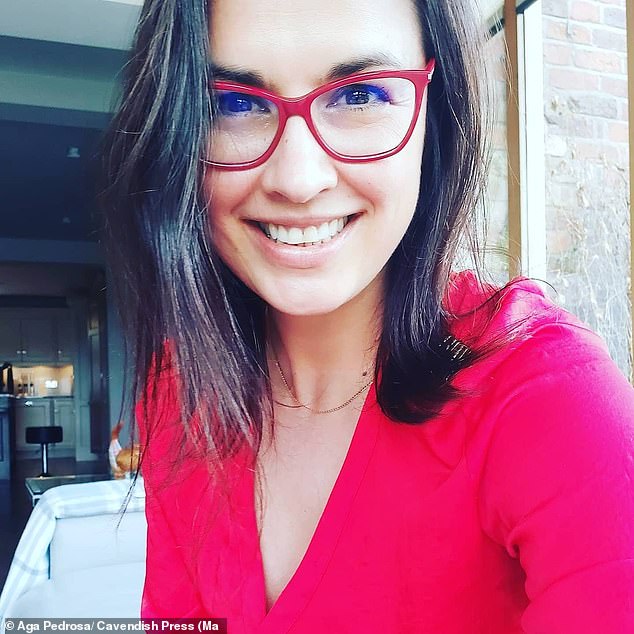 ‘The daughter also recalled her mother pleading with the robbers, saying ‘No, no, I’ve got children’. At one point Aga, concerned for Mr Jones, was going to go and check on what was happening to him when her daughter said ‘No mum, don’t, they’re gonna kill you’, which Aga described subsequently as ‘the worst experience for a mother’.

‘One of the robbers asked her where the jewellery was and she begged him, to no avail, not to take a particular chain of hers from her grandpa. She further describes Mr Jones being dragged past, yelling. She thought that they were going to kill her, and she was afraid that the kids would see it and that they would then be scarred for life. She described the level of cruelty and aggression as ‘unbelievable’.

‘Mr Jones himself said he thought he was going to be killed at any second and pursuant to their demands he opened the safe and the contents were decanted into a pillowcase taken from the daughter’s bed.’

The court heard the robbers demanded more in the mistaken belief there was a second safe before Mr Jones pleaded with them to take his Mercedes GLS 4×4 car to make them leave. The car was taken by the robbers but was found 15 minutes later due to it being fitted with a security tracker.

Police examined CCTV at a neighbours house which showed the robbers arrive at Mr Jones’ property in a Nissan Juke motor vehicle and then climb over a fence into his garden to establish the victims were at home.

In her victim impact statement Ms Pedrosa added: ‘We have lost money and my jewellery which was was a gift from my grandparents to me as an only grandchild, and it was in our family for over 130 years and can never be replaced.

‘We have spent around £35,000 on a panic room and extra security around the house to keep us safe. We now have 16 cameras in our house plus four panic buttons including portable buttons, which we carry around with us.

‘It was quite literally the worst night of my life. Psychologically, this night has affected me and my children in every way. I lost trust for people, and it has affected my relationship. Simple parts of normal life that I used to find happiness in, I no longer do.

‘After that night, I have been diagnosed with severe PTSD, and I have started the therapy, which will last more than a few years. It is not definite it will make me feel better. My children have been assigned to a therapist for their trauma. Having to see their mum in such distress when a man put a machete to our throats and threaten to kill us destroyed the feeling of safety in the only place they should feel safe, their home.

‘My daughter was chased by a masked man with a machete up the stairs and threatened that she will get hurt if she tries to reach for her phone. She is now scared to stay upstairs in her own room, is now scared of the darkness, the stairs and people in general. During one lesson at her school, the teacher turned off the classroom lights and other boys behind her were very noisy. This brought back feelings from that night and we made a decision she will move to the USA to stay with my family.

‘My son still has problems with falling asleep and I still have to go to his bed and comfort him until he falls asleep. At some point, he wanted to move to his dad’s because he didn’t like to stay in this house anymore and he is attending trauma therapy. It is killing me that the children have been affected in this way.’

Sentencing Judge Anthony Cross QC said: ‘ I have no doubt that the family which occupied that house had spent their afternoon at school or at work. But while they were passing their family lives in that way, you were planning the terror that they would cause that night. You brought terror on the lives of a young family who have done no harm to them.’