HBO's upcoming mini-series on the Los Angeles Lakers is churning up plenty of interest.

Just not from Magic Johnson.

The basketball icon and centerpiece of the 1980s "Showtime" Lakers who won five NBA championships got caught by TMZ's cameras on Sunday. He was asked his thoughts on the upcoming show titled "Winning Time: The Rise Of The Lakers Dynasty."

"I’m not really looking forward to it," Johnson told TMZ. "I'm gonna leave it at that."

Asked if he's planning on watching, Johnson was succinct in his reply. 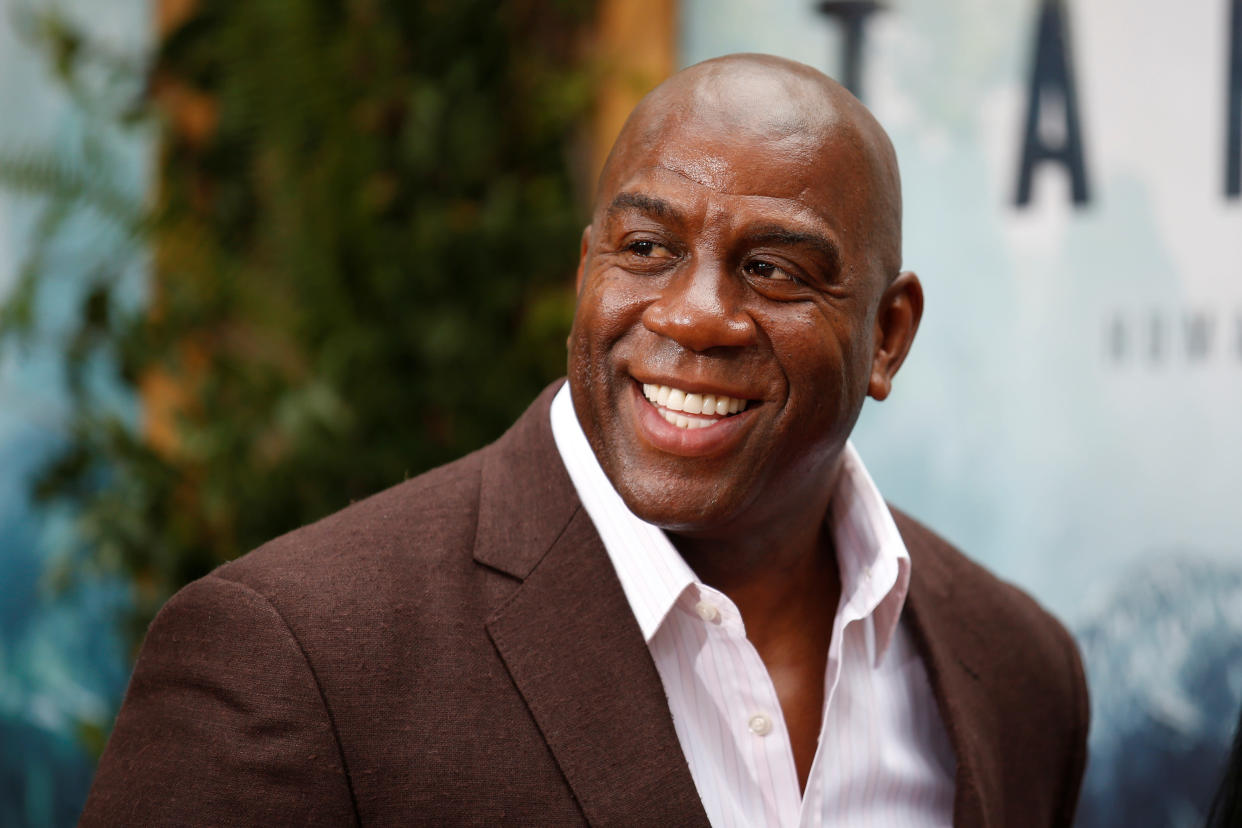 So why won't Magic be watching?

Johnson's disinterest appears to be two-fold. When initially asked about the show, Johnson immediately went into promotion mode, touting a pair of upcoming shows authorized by those close to the 80s Lakers dynasty, including himself on Apple TV+. The other, according to Johnson, was produced with the blessing of team owner and president Jeanie Buss.

“We’ve got different shows coming out," Johnson said. "I’ve got one. Jeanie Buss got one on Showtime coming up. Those are the ones we’re looking forward to.”

Since Michael Jordan's 10-part "Last Dance" miniseries gained the undivided attention of a sports-starved audience at the onset of the COVID-19 pandemic, airwaves have been inundated with documentaries made with the blessing of and sometimes produced by their subjects. See Tom Brady and "Man in the Arena."

While providing entertainment for die-hards, these types of productions tend to be of the sanitized variety. Jordan and Brady weren't approving anything that would paint them in a light other than their own choosing, of course. It's the type of content we should expect from anything green-lit by Johnson and Buss.

HBO's series is not the authorized cut

Which brings us to the second reason Johnson might not be so into HBO's take on the Lakers. The show scheduled to air starting in March is not a documentary. From the teaser, it reads more docudrama tinged with comedy. One of the directors is Adam McKay, who delivered scathing send-ups of Wall Street and former Vice President Dick Cheney with "The Big Short" and "Vice."

So, yeah. This doesn't appear to be the officially licensed Lakers cut of an era known as much for its party lifestyle as its proficiency on the court. It's no surprise that Johnson isn't publicly endorsing it. But will he really be tuning out?