A clucking disaster! Man accidentally buys 1,000 hens for £1 when he thinks he’s getting just ONE

A man accidentally bought 1,000 hens for £1 online when he thought he was only getting one.

Steve Morrow, who lives in New Zealand, saw an ‘urgent sale’ on Trade Me and immediately wanted to save the animal.

But in a bizarre turn of events, he was told he had actually bought 1,000, when the bid was sealed at 11am on Sunday. 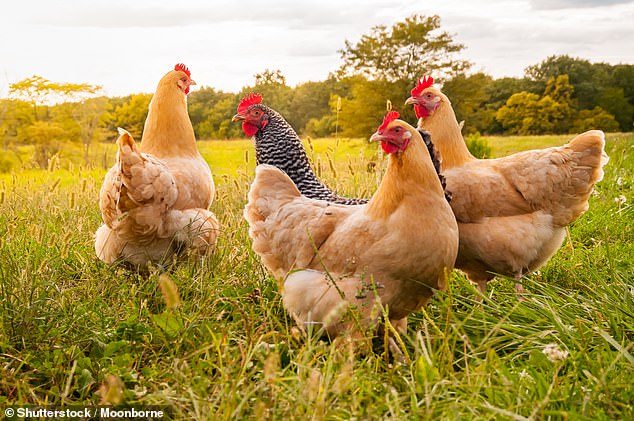 Steve Morrow accidentally bought 1,000 hens instead of one after seeing an ‘urgent sale’ of the birds on Trade Me. He said the advert was ‘confusing’ and he read it at least three times

Matthew Blomfield, who owns a free-range egg farm in Massey in Auckland, New Zealand, was closing and needed to be empty by Monday.

Morrow told Stuff: ‘When the auction closed, I thought ‘this is great’, I could take as many birds as I wanted.

He claimed the advert was ‘confusing’ and read it at least three times.

Meanwhile Mr Blomfield said this was wrong and the number of hens was mentioned in the title and twice in the description.

He claimed Morrow was happy about the purchase of Hyline and Brown Shaver chickens.

He mentioned his experience at freehold farms but gradually realised 1,000 hens was too much for him, over the weekend.

More than 700 have been given homes after a plea on social media.

Blomfield revealed: ‘He didn’t just make a mistake and not follow through. He contacted Animal Sanctuary and they’re helping us interview those that have put their hands up – we want to make sure these birds are going to safe homes.

Morrow said he would not ‘let the birds down’ even if it meant driving to Auckland and ‘feeding them myself while looking for homes for them’.

Nigel Farage regrets threatening to ‘take the knife’ to Whitehall