A man who served seven years for a murder he didn’t commit allegedly tried to extort $300,000 from the husband of a woman murdered by his former cellmate, who told him the widower ordered the hit and never paid up.

Hanna "John" Safi was granted conditional bail in the NSW Supreme Court on Tuesday over the alleged extortion and allegations he perverted the course of justice, following his arrest in February. 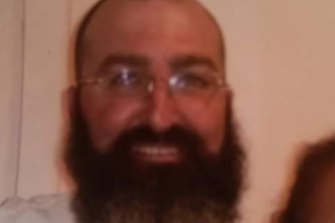 Hanna “John” Safi is accused of trying to extort $300K from a widower after his wife was murdered.

The court heard prosecutors will allege Mr Safi collaborated with his cellmate Tony Halloun, who is serving a 24-year sentence for the bashing murder of 65-year-old grandmother Shahnaz Qidwai inside her northern Sydney mansion in 2012, to extort the dead woman's husband Khalid Qidwai upon his release in March 2019. 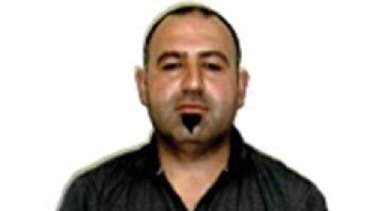 Halloun was found to have attacked Mrs Qidwai after she caught him stealing cash while he was working as a tradesman on the Henley property. There is no suggestion that Mr Qidwai was involved in her murder.

Justice Stephen Campbell said, according to the prosecution's case, Mr Safi, 42, "became acquainted and indeed friendly" with Halloun during his time in jail, who claimed he'd "been put up to that dreadful crime by the deceased's husband". 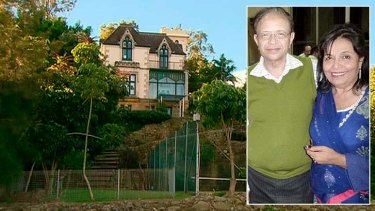 The mansion where Shahnaz Qidwai, picture with her husband Dr Khalid Qidwai, was found dead.

After a retrial in 2019 found him not guilty, Mr Safi was released from custody and, the prosecution will argue, he contacted Mr Qidwai multiple times between September and November, demanding $300,000 "on pain, if he defaulted, of exposure to the plot in which he was said to be implicated," Justice Campbell said. 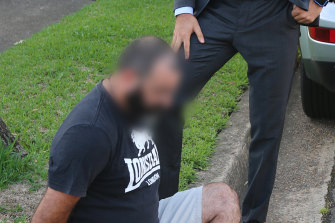 Hanna Safi has been on remand since his arrest in February. Credit:NSW Police

The police case, which Mr Safi's lawyer conceded is "strong", includes recordings of lawful telephone intercepts and jail conversations between Mr Safi and Halloun while the latter remained in custody – in which they attempted to speak in code.

"But one can understand from the way the matter is presented in the fact sheet … that the code is fairly readily penetrable," Justice Campbell said.

Mr Safi's lawyer told the court her client had already spent seven years and eight months "incarcerated for a crime he didn't commit" and said "everything in this matter is tainted by those charges" – given the Crown made the argument that he was likely to attempt to flee due to fear of another jail term.

"We wonder how long Mr Safi must pay for mistakes he did not make," she said.

Justice Campbell said Mr Safi's previous incarceration for a crime he did not commit "of course cannot but excite some sympathy for his position", but he said the Crown's submission "is not as untenable as she would put it, and indeed it seems to me that would be a concern which might be heightened by the fact that the previous incarceration was… unjustified."

However, he said "no grant of bail can be entirely risk free" and that he was satisfied the risks identified can be adequately managed by stringent bail conditions, including a $1.2 million surety.

The matter will return to court at a later date.

Can you spot the leopard hiding in the rocks and the other animals doing their best to blend in? – The Sun