Maurice "Mossie" Keane, 79, suffered a stroke late last year, before passing away in the Heather Care Home on the grounds of the Cork Orthopaedic Hospital last Wednesday. 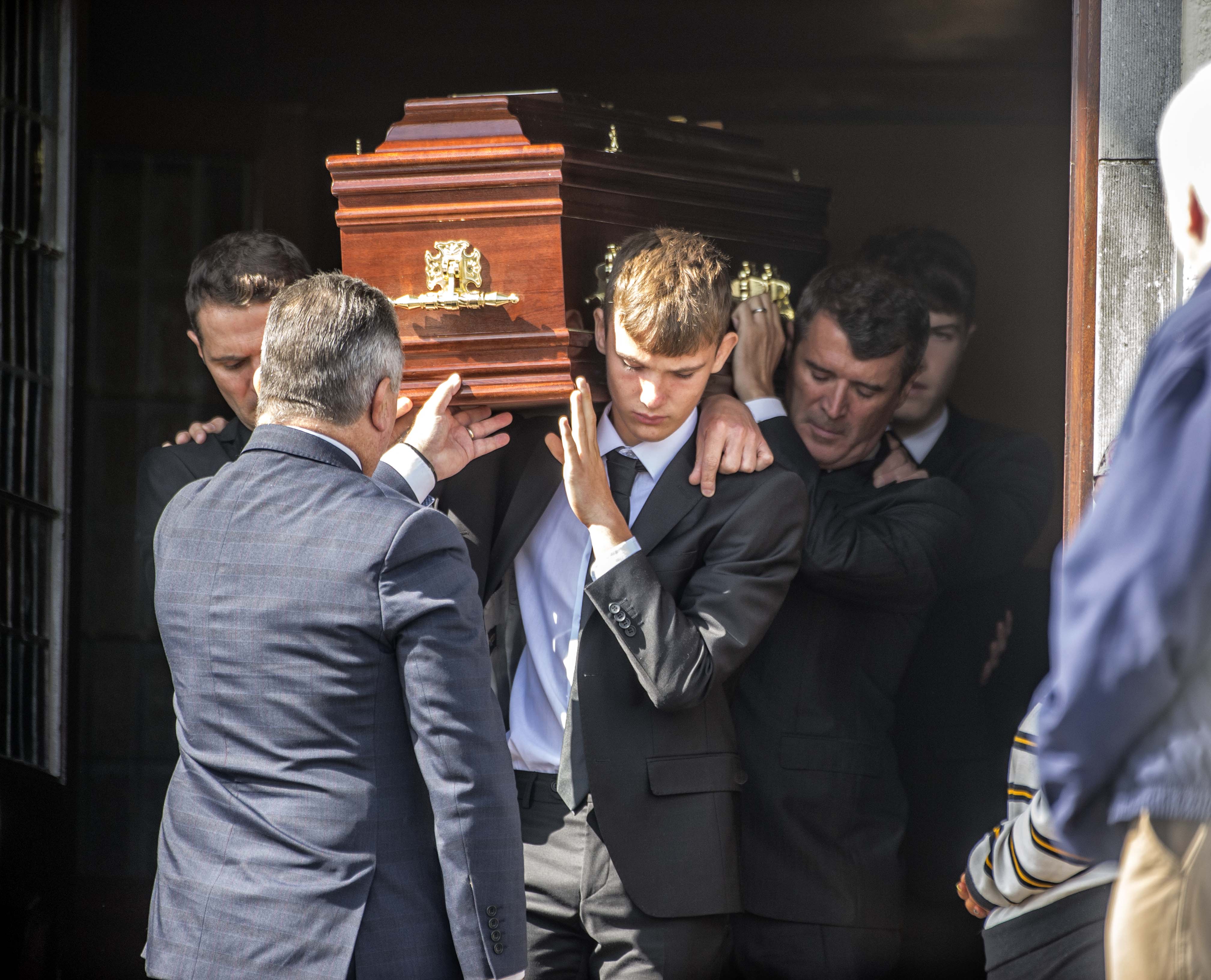 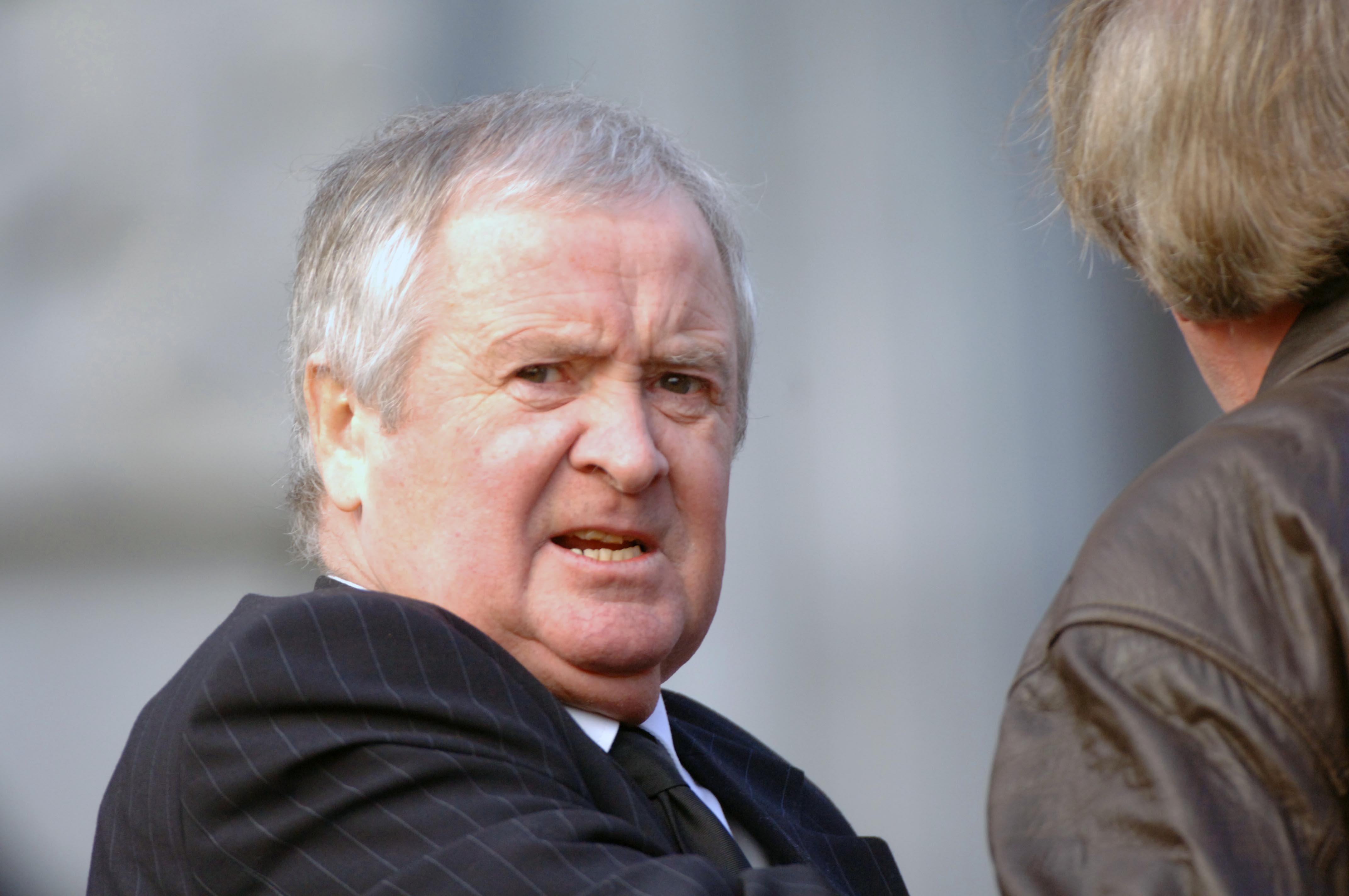 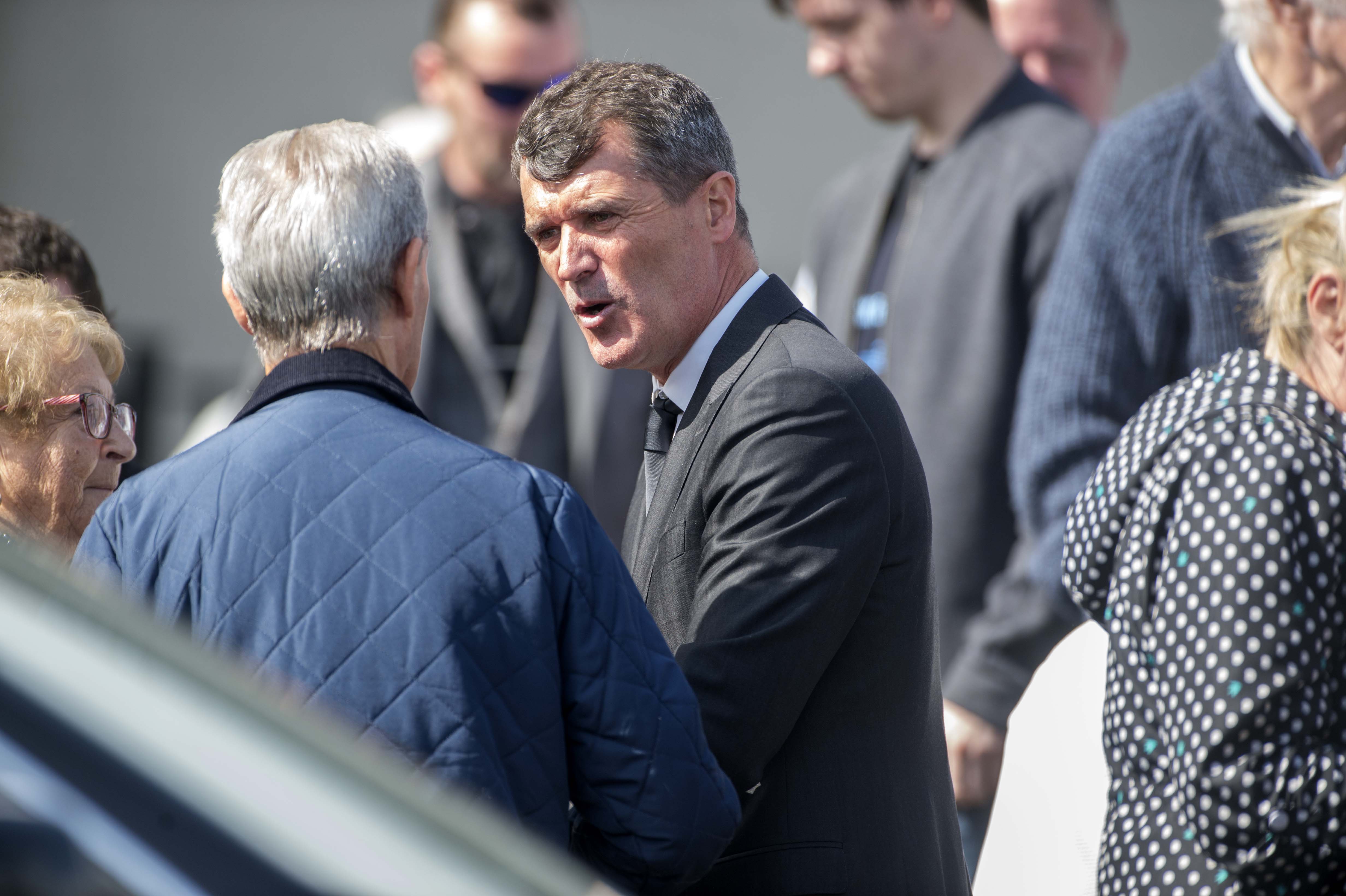 The former Manchester United hardman, 48, fought back tears as he carried the coffin Church of the Resurrection in Farranree in Cork.

Paul Murphy, Mossie's nephew, said that his uncle was known for his infectious smile and for his great love for his wife Marie and their five children, grandchildren and great grandchildren.

Paul said that Mossie was "smitten" with Marie from his "first glance" when he first encountered her at his friend Pat Lynch's home. Pat's sister Marie was hard at work under the kitchen table cleaning the floor for her mother when a young Mossie spotted his future bride.

The following week at a local dance Marie was chatting to a suitor but "Mossie sized up the opposition, made his move and your man got blown out.

"Mossie and Marie were blessed with five wonderful children Denis, Johnson, Hilary, Roy and Pat. They moved to Mayfield where they reared their family in hard times but always managed to get by.

"Mossie was always a very proud father of all of his children and siblings singing their praises at every opportunity and never forgetting his roots.

"His proudest moment was yet to come to see his son Roy captain Manchester United and lead them on to many successes."

He said that Mossie was "known for his quick wit and one liners." Paul and Mossie sat next to each other at a funeral mass several years ago.

When a family member of the deceased waxed lyrical at length about the deceased making him sound like part "Lionel Messi and Steve Jobs" Paul got an elbow in to the ribs from Mossie.

Paul continued: "Ever the joker Mossie said 'Paul, are we at the right funeral?'

"He said 'I went to school with that fella. He wasn't the sharpest pencil in the box by no means. If he went on the sporting field he wouldn't have known if the football was stuffed or pumped.'"

'LOVING HIM TO DEATH'

Meanwhile, Fr John Walsh said that Mossie was equally proud of all of his children and viewed them all as being stars.

He said it was touching to see the family "vigilating by the bedside" of Mossie in the months, days and weeks leading up to his death.

He added: "They were with him holding his hand and loving him to death."

Roy Keane was in attendance at the mass with his wife Theresa and their children.

The couple, who have five children, married 22 years ago. Their daughter Caragh said a prayer at the mass.

Mossie worked over the years in the Sunbeam factory in Blackpool, Cork and at a brewery.

Mr and Mrs Keane moved from Mayfield to Rathpeacon, Co Cork in the 1990's. However, Mossie continued to socialise in all of the same places and frequented The Kerryman pub in the north side.

Marie and Mossie were present at all of Roy's major sporting moments over the years. They were also in attendance when he received an honorary degree from UCC and the Freedom of Cork city from the local authority.

US gun control: Students urge Trump to 'do the right thing'