THE PRESIDENT of Brazil had led a protest AGAINST lockdowns despite 500,000 of its citizens having died from covid.

Maskless Bolsonaro led thousands of bikers through the streets of Rio de Janeiro to object to restrictions imposed by governors and mayors to stop the killer bug. 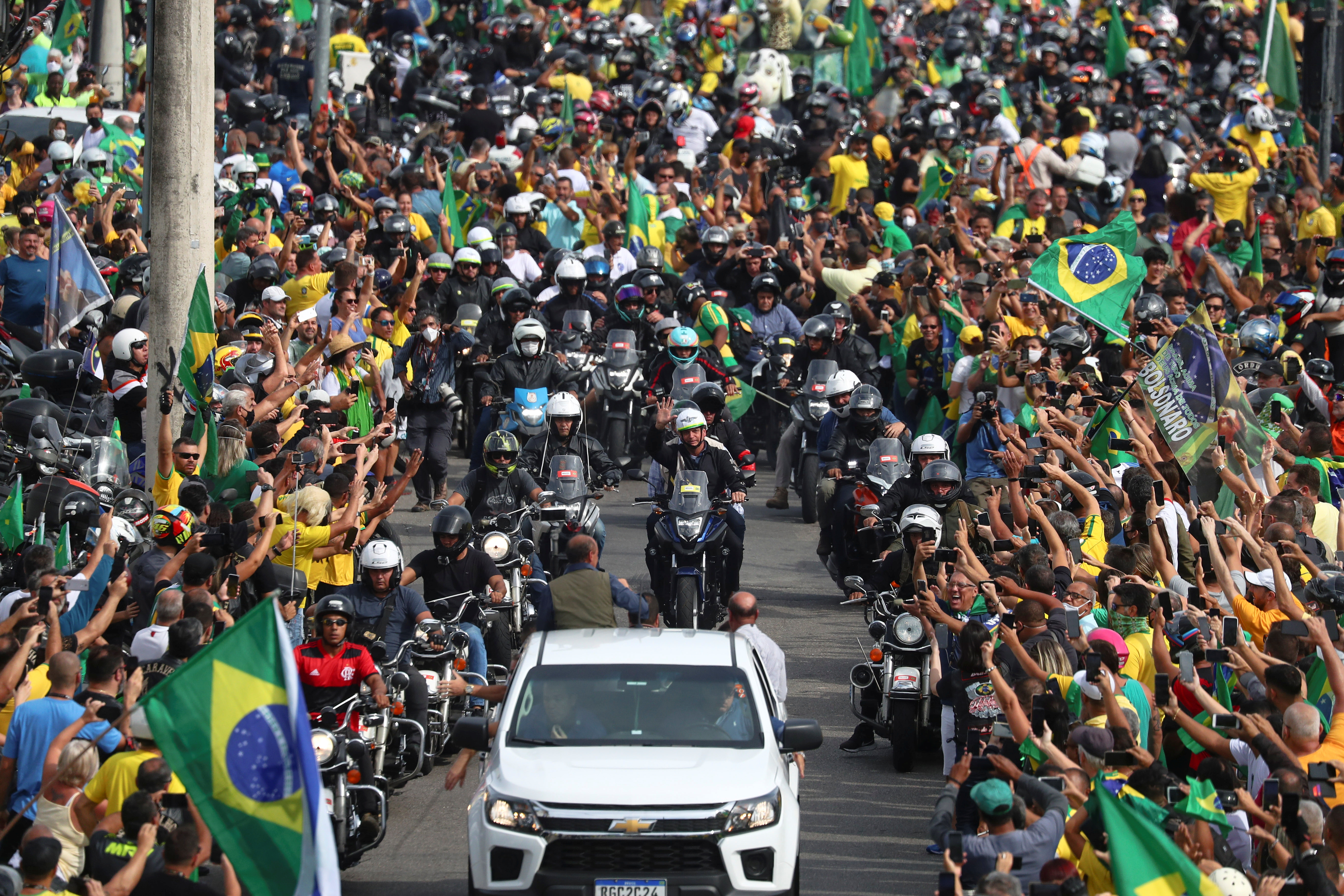 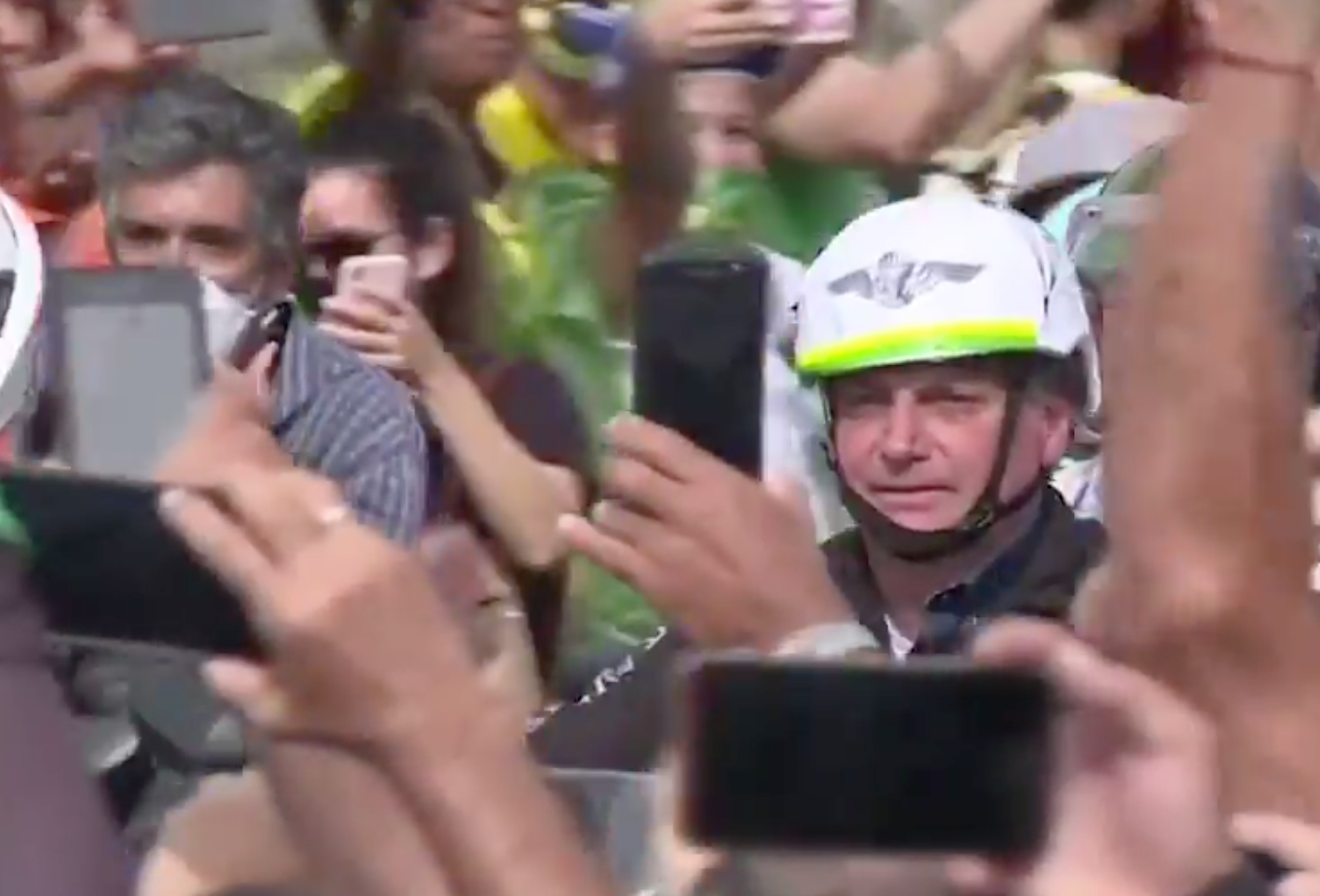 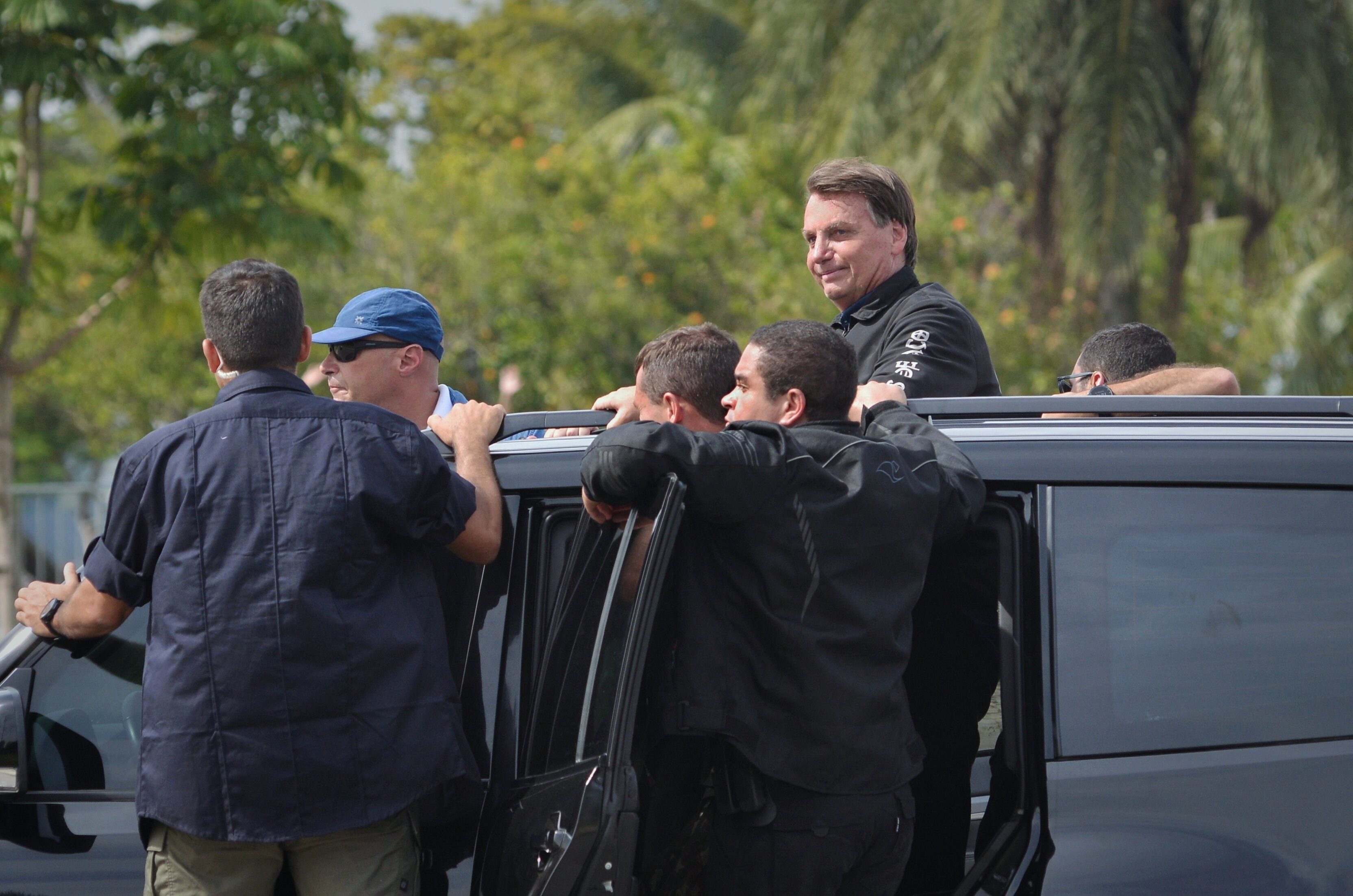 Brazil currently has the third-highest rate of coronavirus infections, behind only the US and India.

Hospitals are now at breaking point with people dropping dead as they await treatment amid the rise of super-mutant strains which "threaten" the global fight against the virus.

16 million people have tested positive while roughly 450,000 have died as a result of the virus.

But the president has pushed back against mask-wearing and lockdowns that public health experts consider the best way to combat transmission.

Video footage shows him leading the way while thousands of supporters line the footpaths near the city’s Barra Olympic Park on Sunday morning. 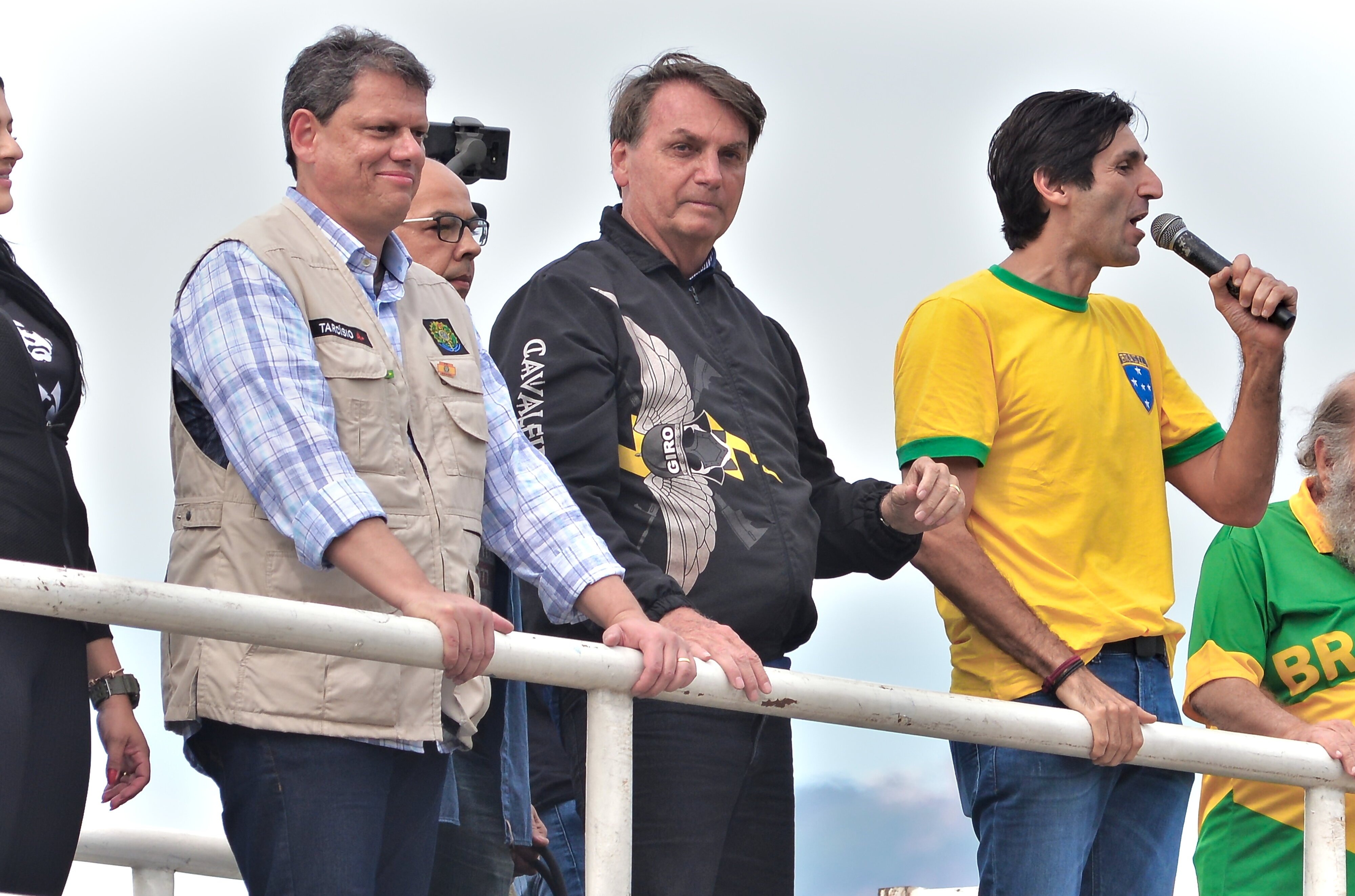 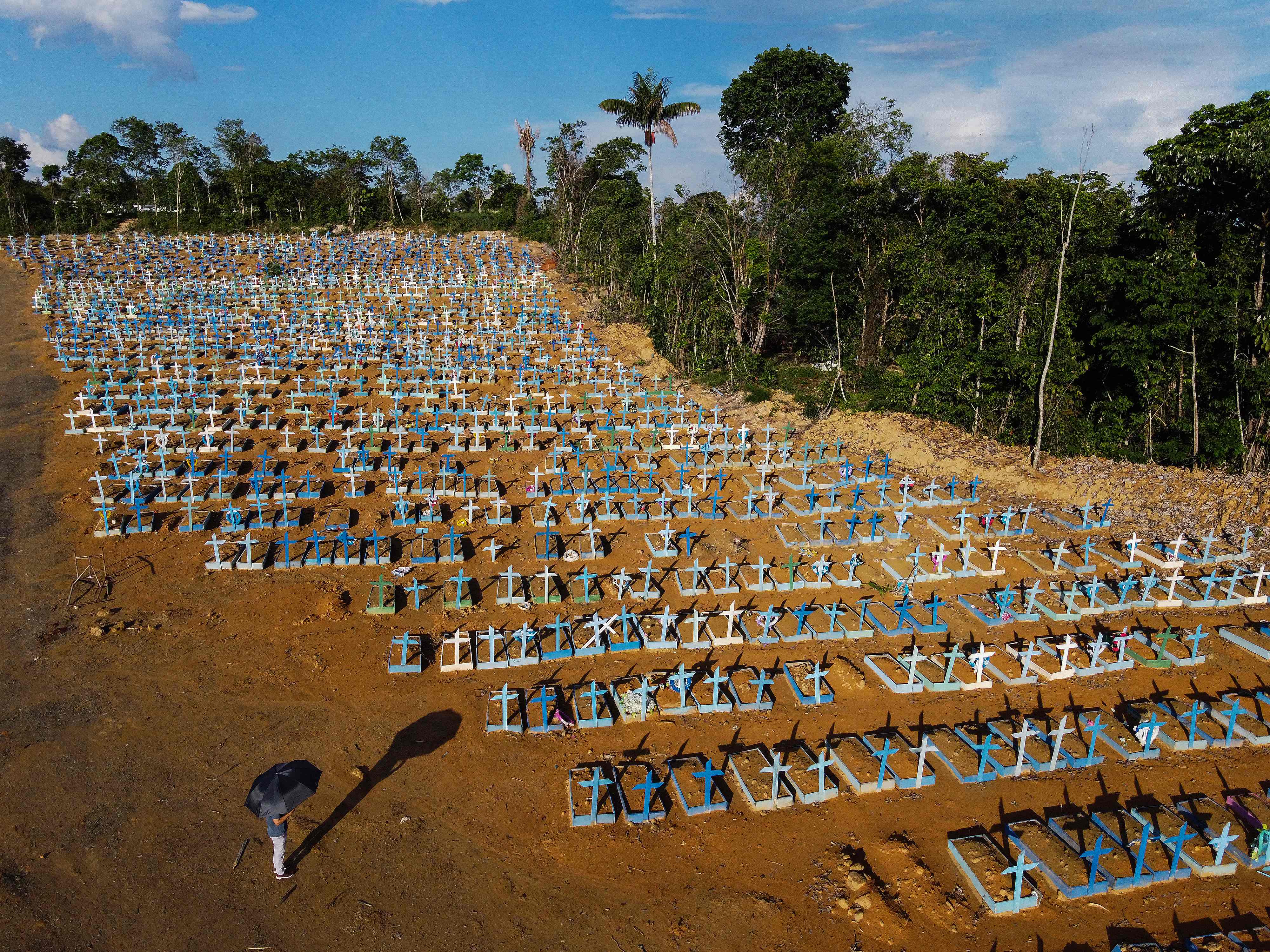 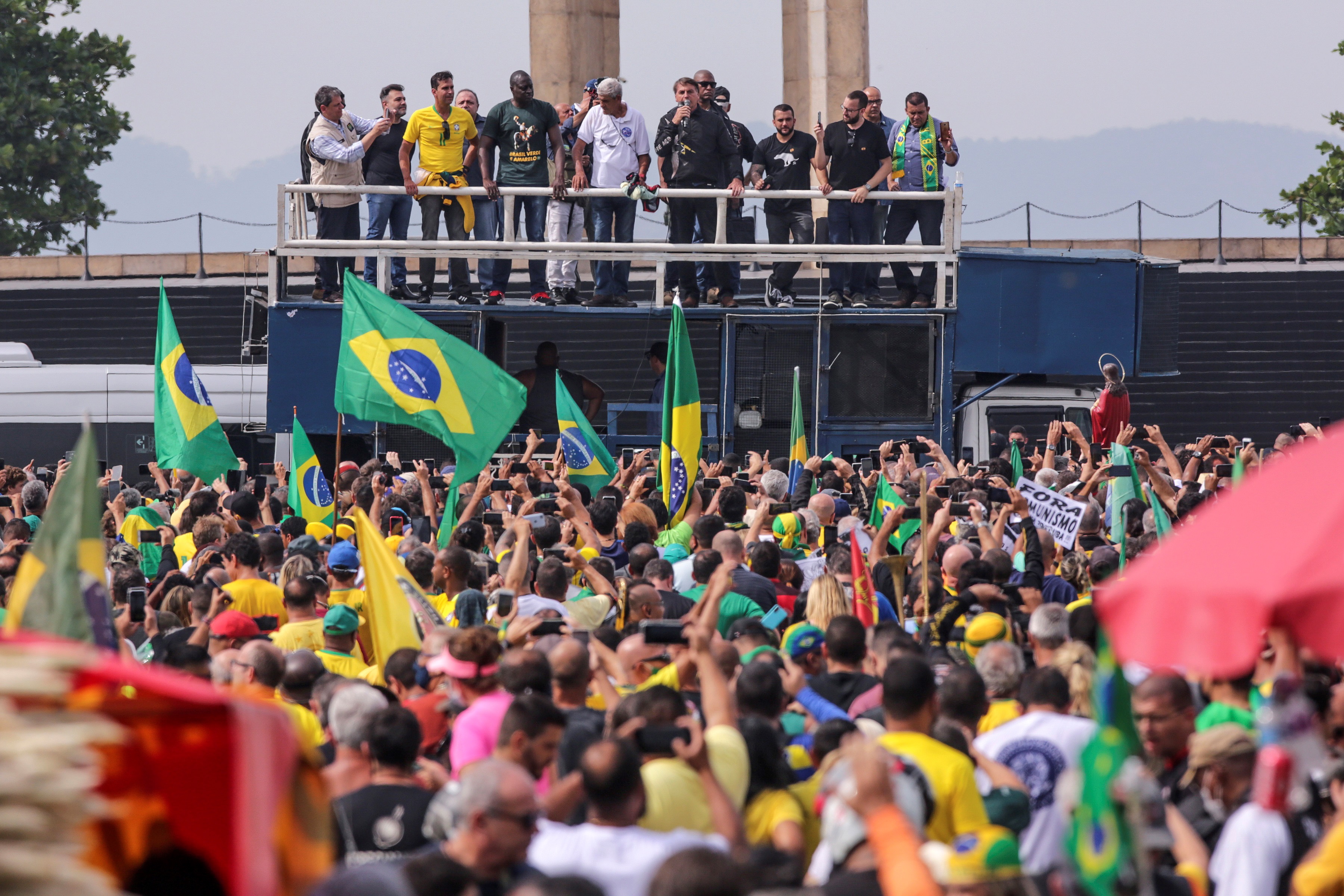 The event, which lasted an hour and a half, was even live streamed on the president’s official Facebook page.

Covid-denying President Jair Bolsonaro remains unconvinced of any need for clampdown – cruelly telling people in March to "stop whining", adding: "How long are you going to keep crying about it?"

Bolsonaro spoke to supporters, saying he would never instruct the army to force citizens to stay in their homes.

He said: “My army will never take to the streets to keep you indoors.

“Our Army is you. More important than the executive, judiciary and legislative Powers, the power belongs to the Brazilian people.” 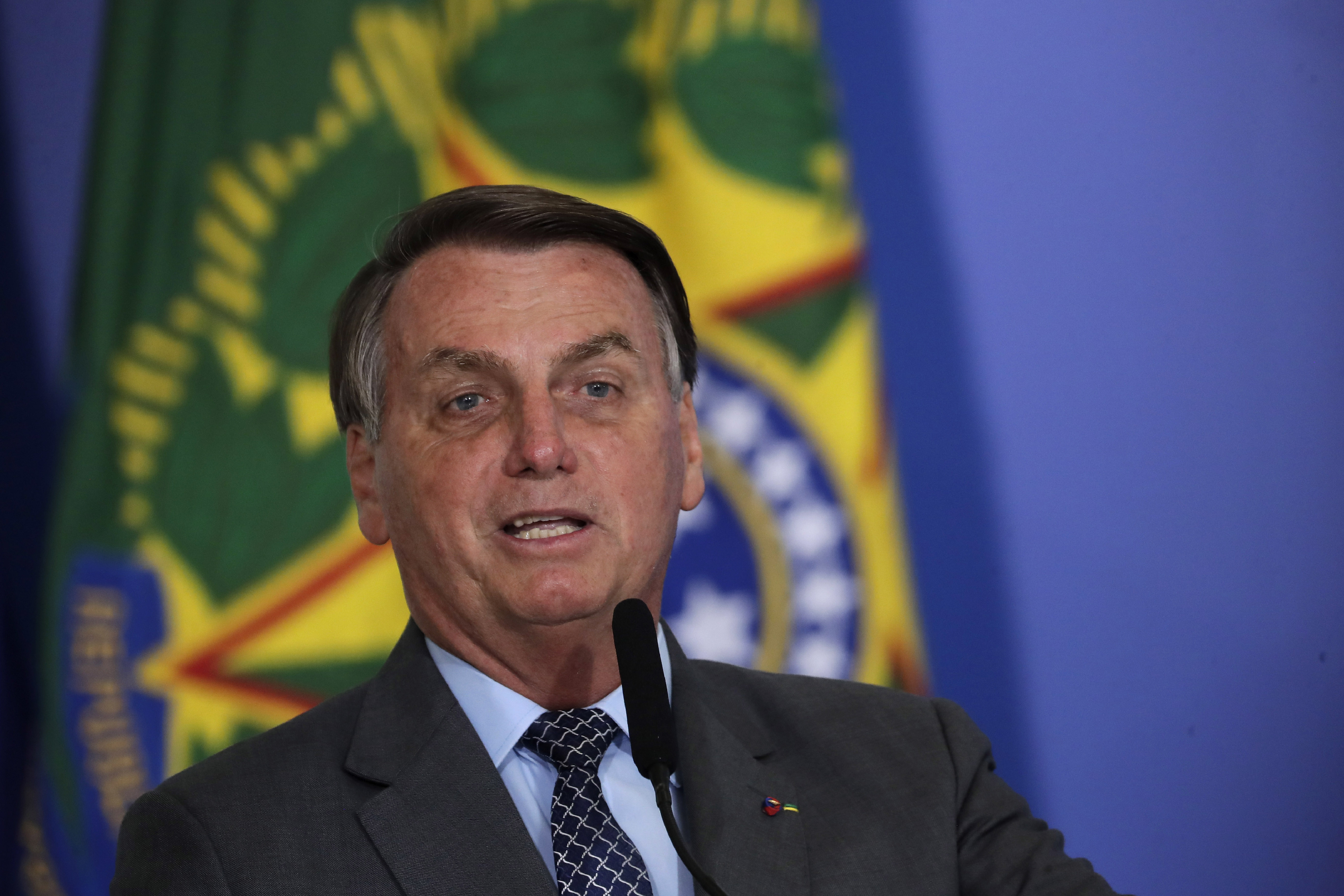 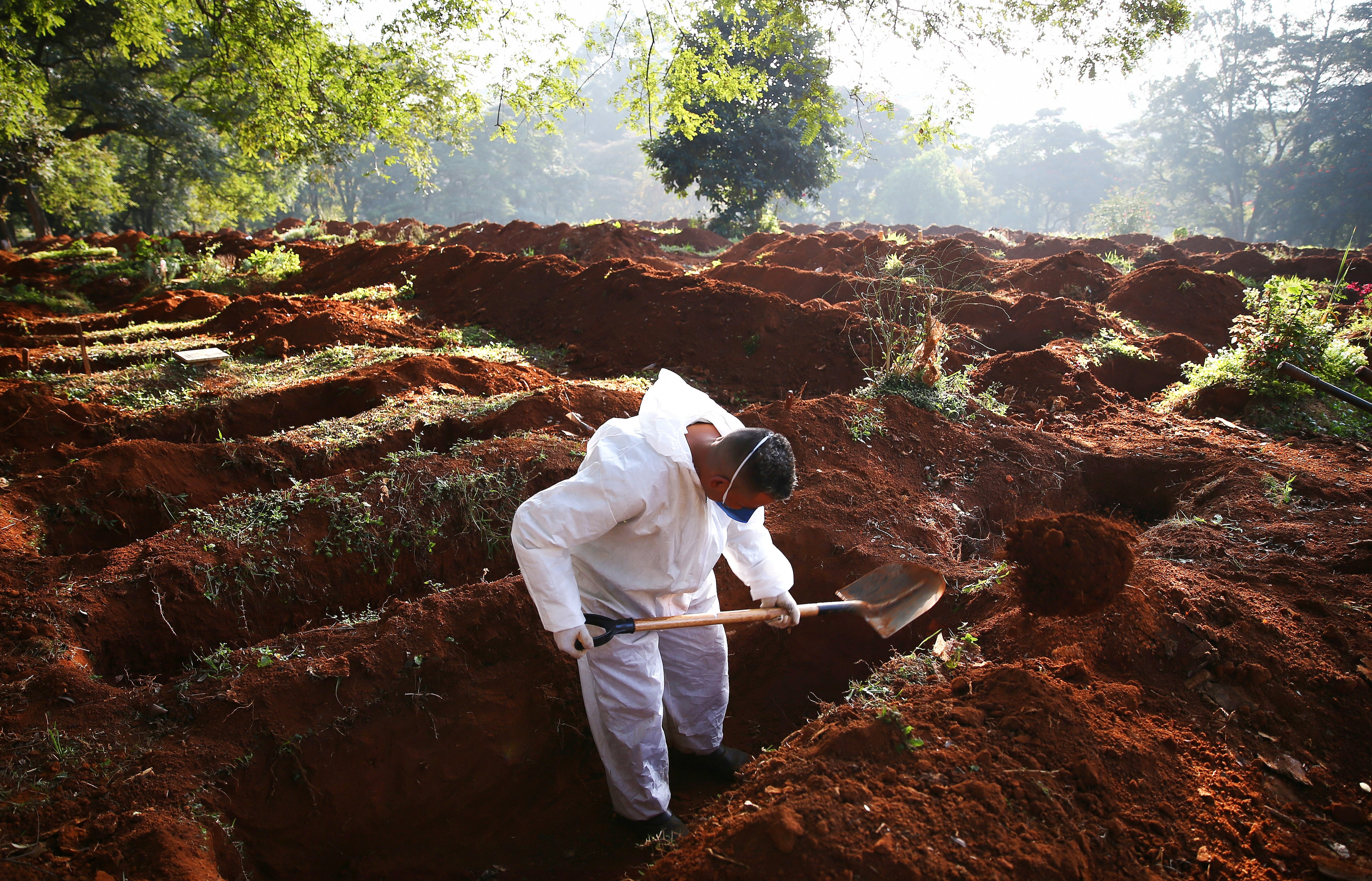 Given the soaring death toll, and his lack of compassion – or leadership – Brazil's death toll has been slammed as "genocide".

Last month, we reported how an overflowing cemetery in Brazil was digging up 1,000 skeletons to make room for more Covid victims.

In ghoulish pics, gravediggers have been snapped deep within the graves of Sao Paulo's Vila New Cachoeirinha cemetery.

Donned in protective white hazmat suits, they've been busy tearing open the tombs of people buried years ago, and bagging decomposed remains for removal to another location.

Dr Miguel Nicolelis, a former regional co-ordinator of the country's pandemic response team, described Brazil's response to the crisis as a "complete calamity".

"It's the largest human tragedy in Brazilian history," he told the BBC. "We may get to 500,000 deaths by July 1, that's the latest estimate.

"But the University of Washington released another estimate suggesting if the rate of transmission goes up by about 10 per cent, we could get to 600,000 deaths.

“It’s a nuclear reactor that has set off a chain reaction and is out of control. It’s a biological Fukushima."

His comment was a reference to the shocking explosion at the Fukushima Daiichi nuclear power plant in Japan sparked by a tsunami in 2011.

Mum reveals her agony after daughter was killed by husband in ‘murder-suicide’ as son, 2, slept nearby – The Sun