Bullseye! Matador is gored in the buttocks and lifted high in the air after stabbing bull

Spanish matador Enrique Ponce was attacked by a bull after stabbing it to kill it during a bullfight a few weeks after Spain’s first bullfight since lockdown.

Enrique Ponce is one of the country’s leading bullfighters and performed several passes with muleta before stabbing the bull at El Puerto de Santa Maria’s bullring.

After the bull was stabbed it turned on Mr Ponce with the father-of-two having to lie down and protect himself from the animal at one point.

Spanish media reported the attack as a scare for the matador with no serious injuries after he was turned over by the bull.

The bull was Mr Ponce’s first one in the ring on the 140th anniversary of the Real Plaza de Toros de El Puerto de Santa María but was not his most applauded kill, which was the second bull, according to local media.

The matador is no stranger to bulls fighting back after he was left seriously injured when a bull tossed him into the air and dumped him on the ground last year.

He hobbled out the ring with torn ligaments in his knee, which he had to have two operations for, and a five-inch gore injury to his buttock.

Whilst opening the Las Fallas festival in 2014 he suffered severe goring during a bullfight and broke his collarbone and several ribs. 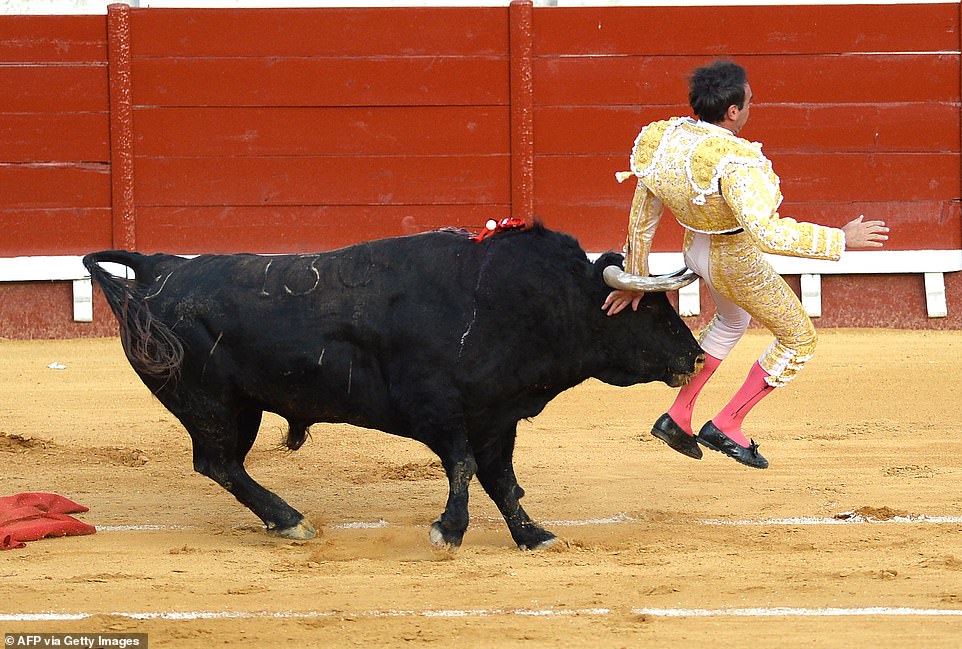 After Spanish matador Enrique Ponce stabbed the bull, the animal attacked the bullfighter getting him on the buttocks with its horns 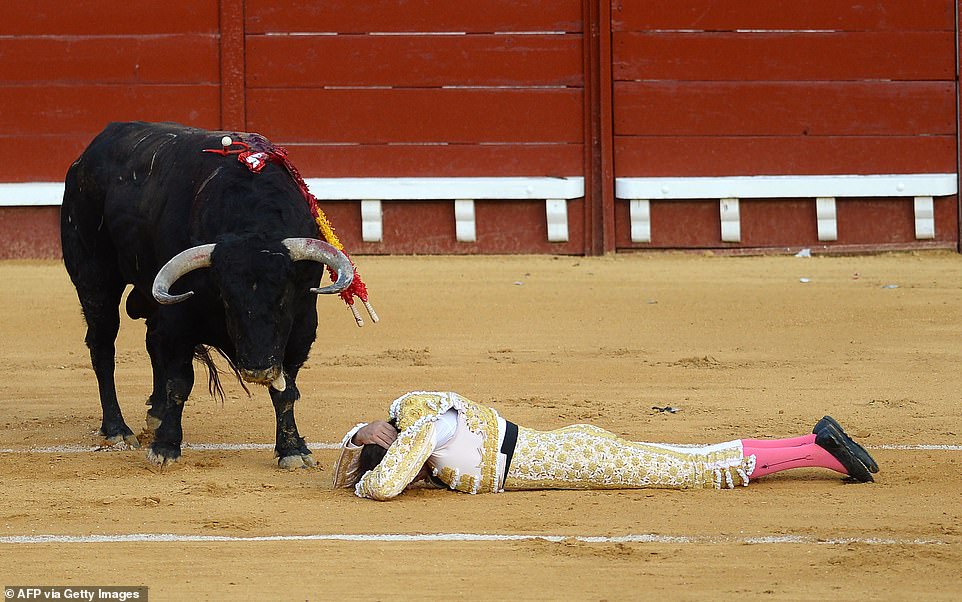 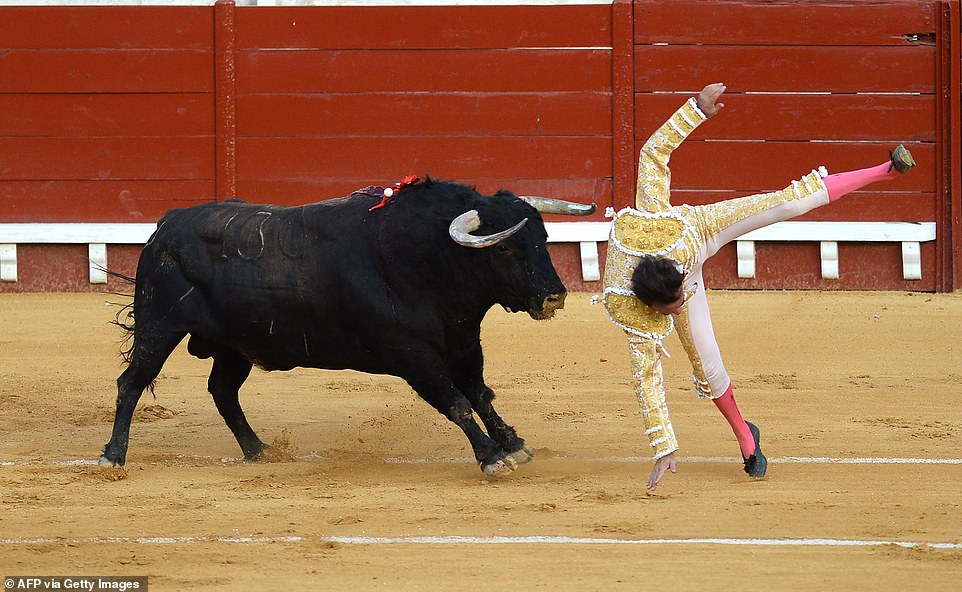 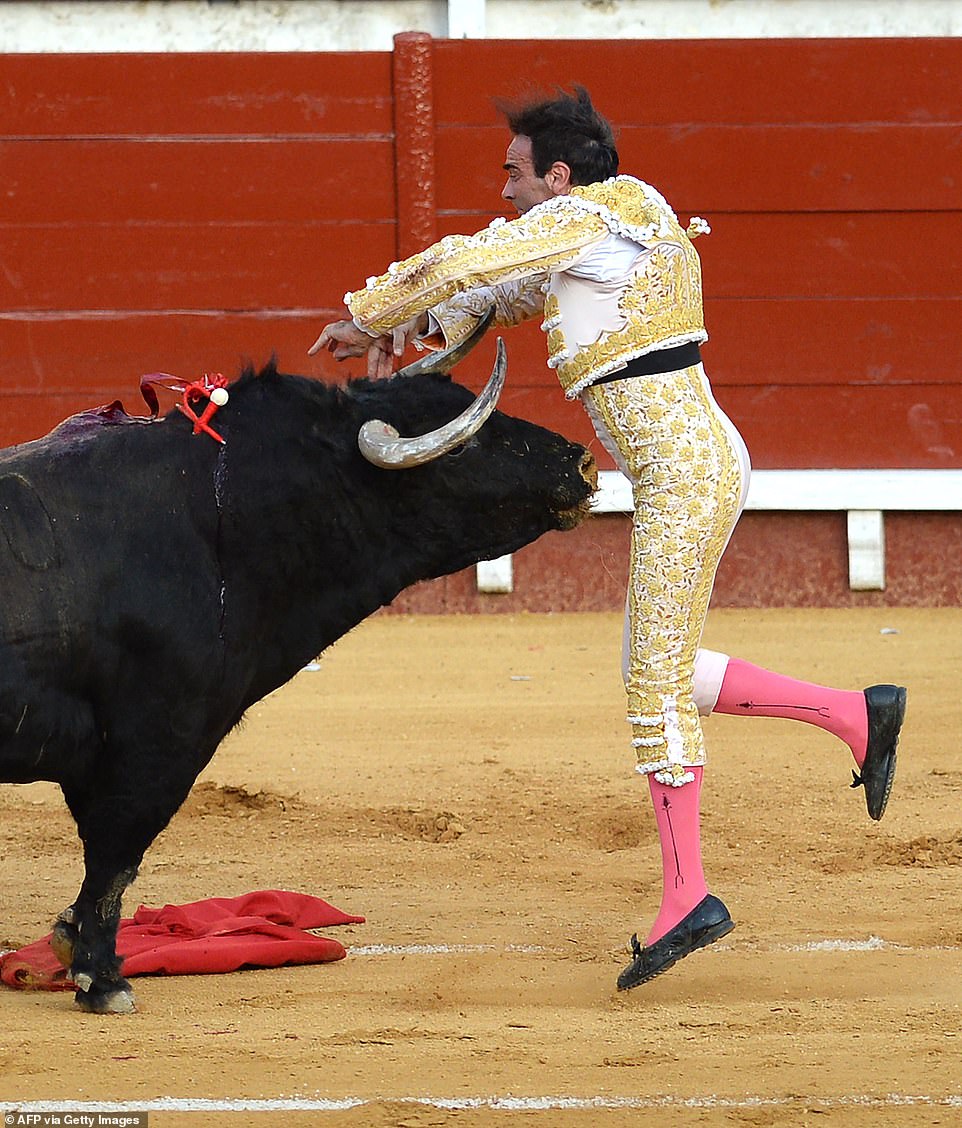 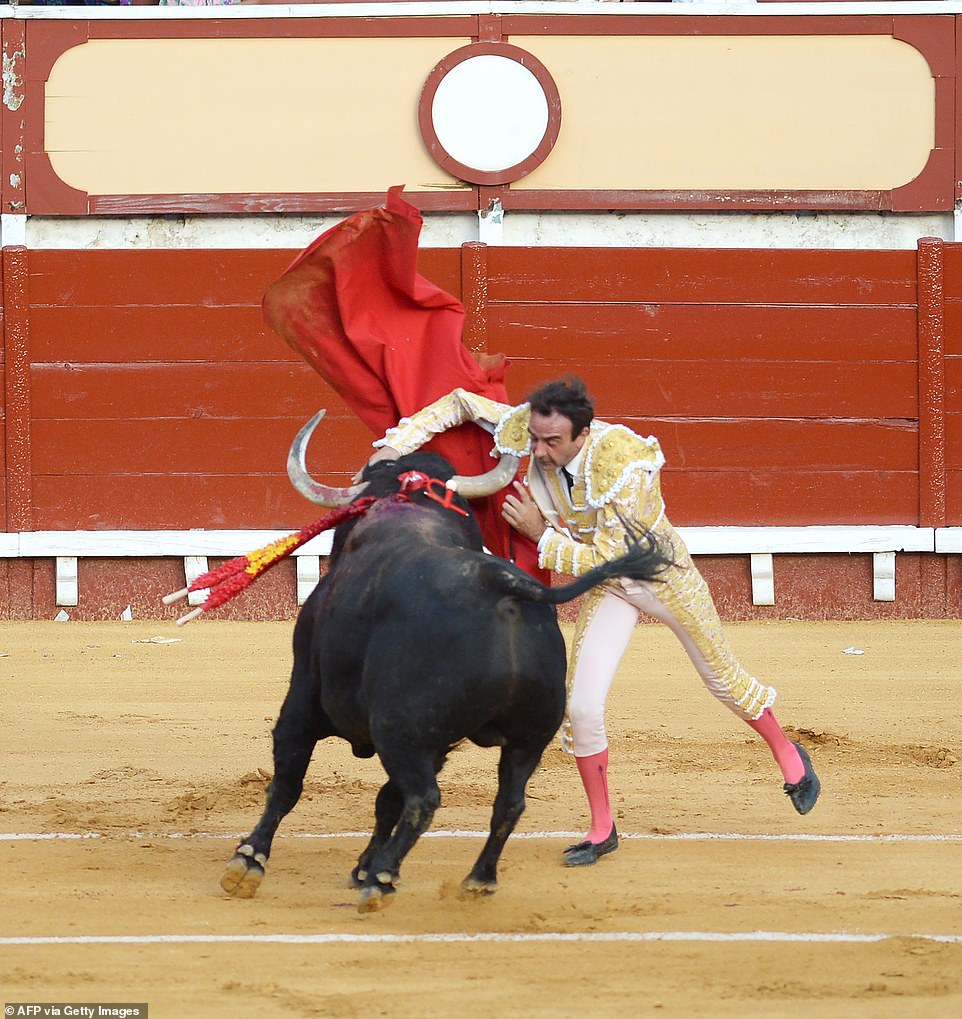 This is the moment Enrique Ponce stabbed the bull with a sword to kill it, prompting the bull to retaliate and attack the matador back

Whether bullfighting is ethical or not has been debated for some time in Spain, with animal rights activists arguing the practice is torture for the bulls.

The first bullfight after lockdown saw a small crowd who cheered when the bull died from its wounds and collapsed on the ground.

Animal rights group Animal Guardians said the few people watching the fight is proof the practice should be ended.

Bullfighting bosses asked the government for help in order to survive during lockdown with the sport already receiving public money from national and local governments. 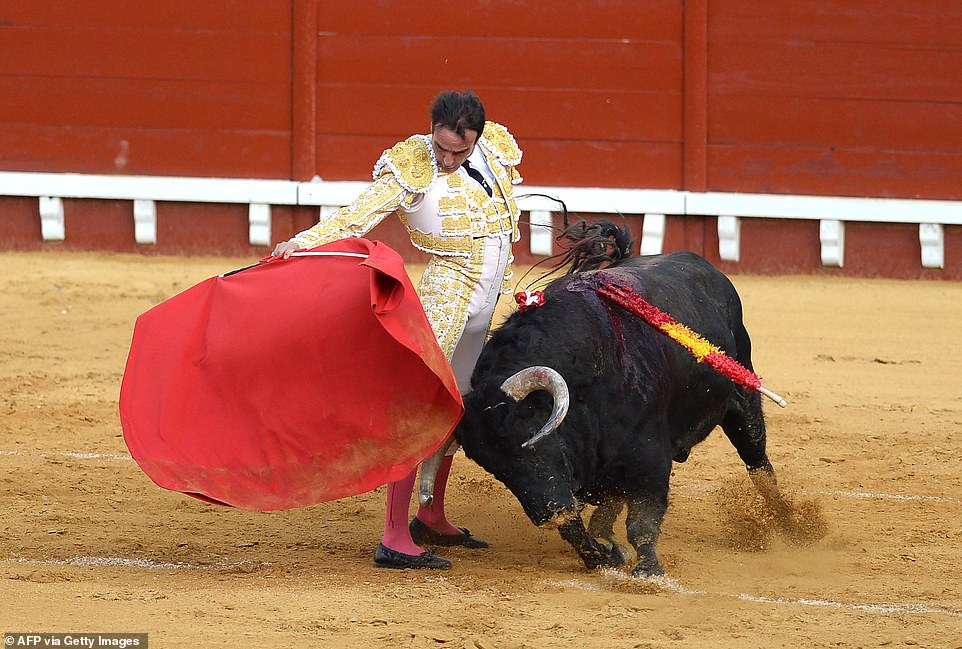 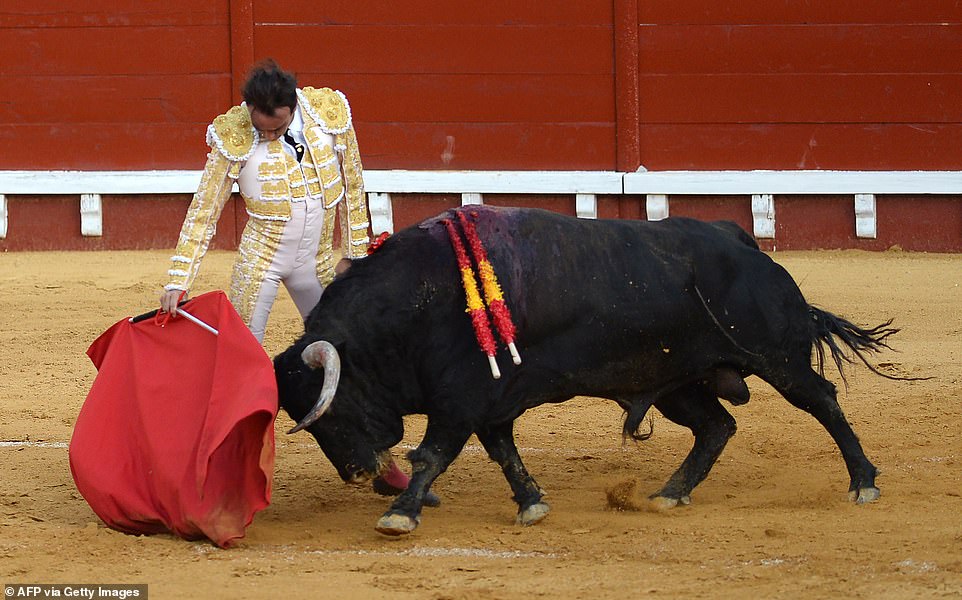 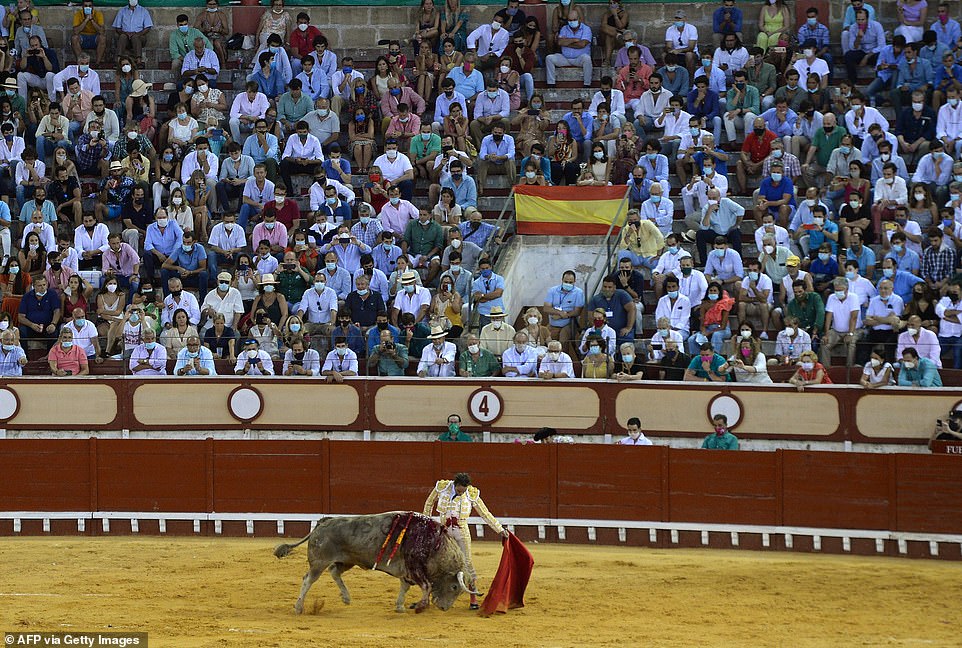 The crowd watching the bullfight yesterday was fairly small, which animal rights groups say is a reason to end the practice

26-year-old charged in connection to arson in Orillia, police say