London: British Prime Minister Theresa May will ask the European Union to delay Brexit – again – to give her time to try to find a “unified approach” to Brexit with the Labour opposition to break the UK’s Brexit stalemate.

“Today I am taking action to break the logjam,” she said. “This debate, this division, cannot drag on much longer.

“It is putting members of Parliament and everyone else under immense pressure and it is doing damage to our politics … We can and must find the compromises that will deliver what the British people voted for.” 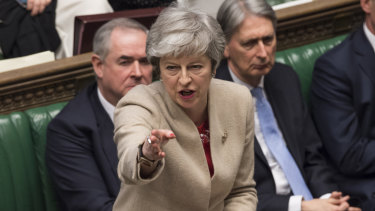 Labour leader Jeremy Corbyn said he was "very happy" to meet May.

May's new plan – reached after a marathon eight hour Cabinet meeting at 10 Downing St – will infuriate hardline Brexiters in her party if, as it suggests, the government would prefer Labour’s ideas for a “softer” Brexit to the chaos of a "no-deal" Brexit.

So far May has refused to cross her "red lines" that included withdrawal from the EU's Customs Union and Single Market. Her Brexit deal, agreed with the EU in November but rejected several times by parliament, was built on this approach.

If May did make such concessions it could lead to resignations from government and a significant rebellion from Brexiteer MPs. 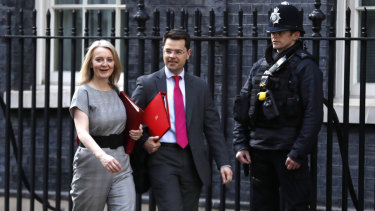 But it will also put Labour and its leader Jeremy Corbyn in the spotlight to decide whether they can find common ground with the government and support a form of Brexit, rather than push for a referendum or general election.

Labour showed signs of flexibility on Monday during votes on Brexit options in Parliament, where it backed several "soft Brexit" options that were similar but different to its own proposals.

If May and Corbyn cannot reach an agreed position, Parliament will be asked to come up with a majority decision by choosing between “a number of options”, and May committed the government to abide by the decision of the House of Commons.

May said she would ask EU leaders next week to approve a delay to Brexit, which is otherwise due to happen on April 12.

She said she would set a timetable for the process so the Brexit withdrawal could be ratified before May 22 and the UK did not have to take part in European parliamentary elections.

May said it was a "decisive moment in the story of these islands [that] requires national unity to deliver the national interest".

May addressed the nation after 6pm on Tuesday, local time, having led a discussion of the government’s options that began at 9am.

Cabinet ministers’ phones had been confiscated so they could not leak discussions as they went along, or caucus with Conservative factions. 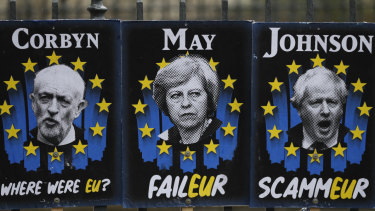 Anti Brexit placards outside the Houses of Parliament.Credit:AP

The European Commission's chief Brexit negotiator Michel Barnier said earlier on Tuesday the UK could not avoid the issues at the heart of the Brexit withdrawal deal.

"There won't be many months passing before the UK starts asking for negotiations on a free trade agreement or on other issues, on transport [for example]," he said. "We will put the same subjects back on the table… citizens [rights], Ireland, financial obligations."

Barnier said any request for delay at next Wedensday's European Council meeting would require the UK "to explain why".

French president Emmanuel Macron said "it falls to the UK to present a credible alternative plan supported by a majority between now and April 10 to avoid [a no-deal Brexit]."

"We can't spend the coming months once again sorting out the terms of our divorce," he said.

May's Cabinet also reportedly discussed calling an election to break the deadlock. However it was shown internal polling that likely reflected public data showing a collapse in Conservative support and a likely minority Labour government.

Andrew Hawkins, head of polling company ComRes, wrote on Monday the Tories “would be crazy to call a general election” and would lose 10 or more seats.

“Voters would likely seek to punish established parties, but especially the party of government, for what many see as an abject failure by a self-serving political system that has put personal ambition and dogma ahead of the national interest,” he said.

The Conservatives are also said to have very little money in their election war chest, as donations to the Conservative party have dried up as the Brexit crisis worsened.