WASHINGTON (AP) — House Republican leader Kevin McCarthy on Tuesday called on Homeland Security Secretary Alejandro Mayorkas to resign over management of the U.S. southern border with Mexico, warning that the new House GOP majority will open investigations that could lead to impeachment proceedings.

McCarthy, who is positioned to become the new House speaker when the new Congress convenes in January, said the Republican majority would use “the power of the purse and the power of the subpoena” to hold President Biden's administration accountable for border security.

“If Secretary Mayorkas does not resign, House Republicans will investigate every order, every action and every failure to determine whether we can begin an impeachment inquiry,” McCarthy said at a press conference in El Paso, Texas.

“This investigation could lead to an impeachment inquiry,” he said. 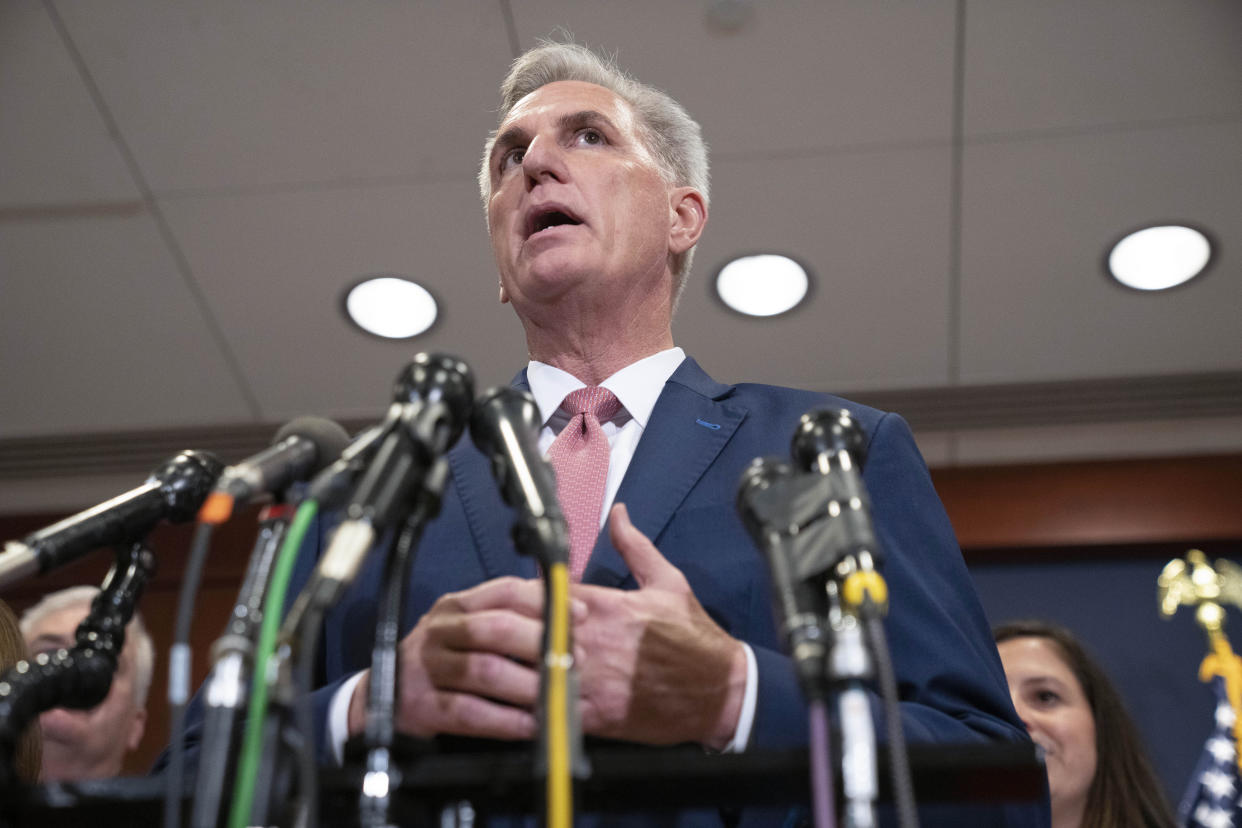 Standing with fellow House Republicans mostly from Texas, McCarthy said he had spoken with the incoming chairmen of the relevant investigatory committees and given his “full support” to Rep. Jim Jordan, R-Ohio, at the Judiciary Committee and Rep. James Comer, R-Ky., at the Oversight Committee to open investigations.

McCarthy said he expects Mayorkas' resignation by Jan. 3, when the new Congress convenes. Investigations would begin on day one, he said. “Enough is enough,” he said.

House Republicans have put border security among their top priorities — and Mayorkas among their top officials to investigate and try to remove from office, potentially through impeachment.

McCarthy has not yet secured the votes from House Republicans to become speaker, and he is working swiftly to shore up support before the vote from what is expected to be a slim, few-seat majority.

The California Republican particularly needs votes from his conservative right-flank lawmakers, who are eager to begin impeachment proceedings against Mayorkas and other Biden administration officials.

The lawmakers pledged to hold public hearings at the border to highlight the security concerns.

“Alejando Mayorkas must resign,” said Rep. Kat Cammack, R-Fla., who joined the group at the border. “And if he doesn't we will make him.”

Review: "Wood.Works" at Arvada Center is just right for the moment