A MCDONALD'S worker has revealed the lengths they go to destroy millions of pounds worth of Monopoly stickers in an apparent attempt to stop customers digging them out of the trash.

A shocking TikTok video captured employees plunging the boxes into the sink behind closed doors. 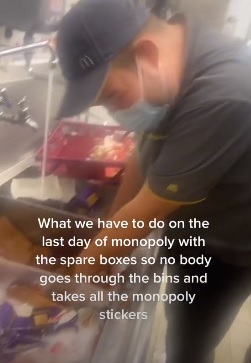 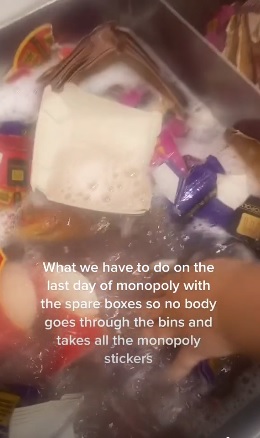 The workers giggle as they rinse hundreds of burger packages in an apparent attempt for the stickers to fall off.

The video was shared online with the caption: "What we have to do on the last day of monopoly with spare boxes so nobody goes through the bins and takes all the monopoly stickers."

The clip shows the workers putting the wrappers into the sink before draining the sodden cardboard.

The rubbish is then put into large bin bags, discouraging anyone to try and leaf out the monopoly stickers for prize money without buying a burger.

The promotion is based on a system of stickers affixed to either a McDonald's drink or food purchase, with different items carrying two or three apiece.

After peeling these off, diners find details written on the back either offering an instant prize, a Monopoly “property” or an online code which can be entered for the possibility of winning something.

Up for grabs is the Mayfair sticker, of which there are only four and where the lucky diner would get a £100,000 cash prize, 30 stickers for a Ibiza villa getaway, 157 luxury spa dates, 750 stickers for a phone of your choice and more.

The Monopoly for 2021 launched on August 25 and ends today, making the TikTokker's sticker-binning video timely.

Maccies also has a website where there's a daily update on how many of each prizes have been won.

And in a mishap, the food chain accidentally exposed a Monopoly database – but it claims no customer data or winning numbers were at risk.

An error caused the user name and passwords for a practice database to be sent in an email to winning customers.

And 1989 and 2001, a man named Jerry Jacobson masterminded a scam which manipulated the results of McDonald's Monopoly.

Hit documentary dubbed McMillion$, produced by Mark Wahlberg, tells the story of how he was able to get away with the crime for over a decade and also $24M.

According to HBO: "The series unravels the twisted threads of the fast-food fraud through exclusive firsthand accounts and archival footage featuring the FBI agents who brought down the gaming scam."

It also reveals how some corporate executives of the fast food chain were also defrauded and features the lawyers who worked the case and the undeserving prizewinners who benefitted from the scheme. 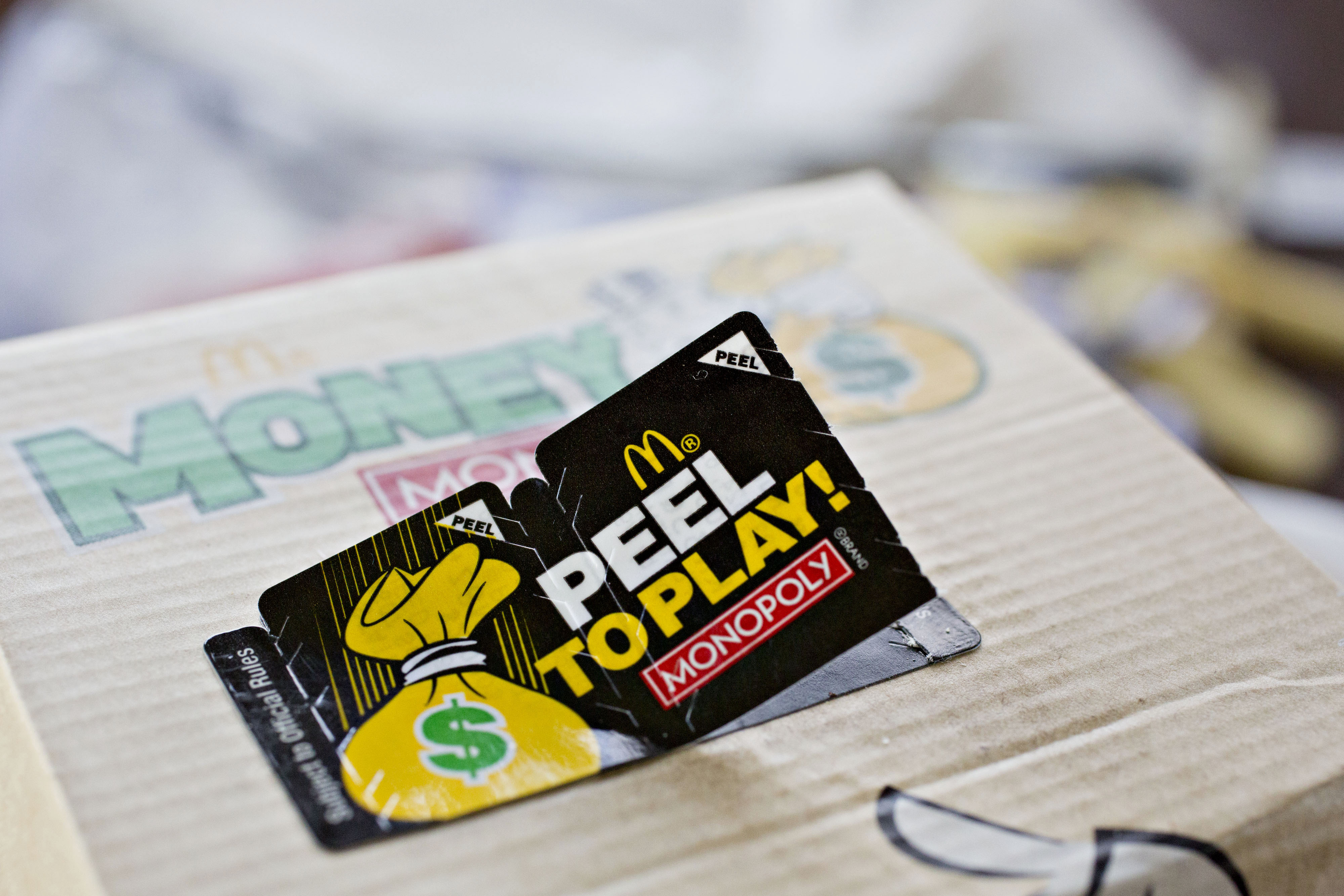