But August – the son of former English soldier John Beecham, who has moved out to India leaving a trail of mystery behind him – has a secret of his own.

The infant boy is played by not one but two girls – identical twins Shona and Sienna Oberoi. The twins made their first appearance just five minutes into last night’s first episode of the mini-series – which has been dubbed ‘Downton in Delhi’. 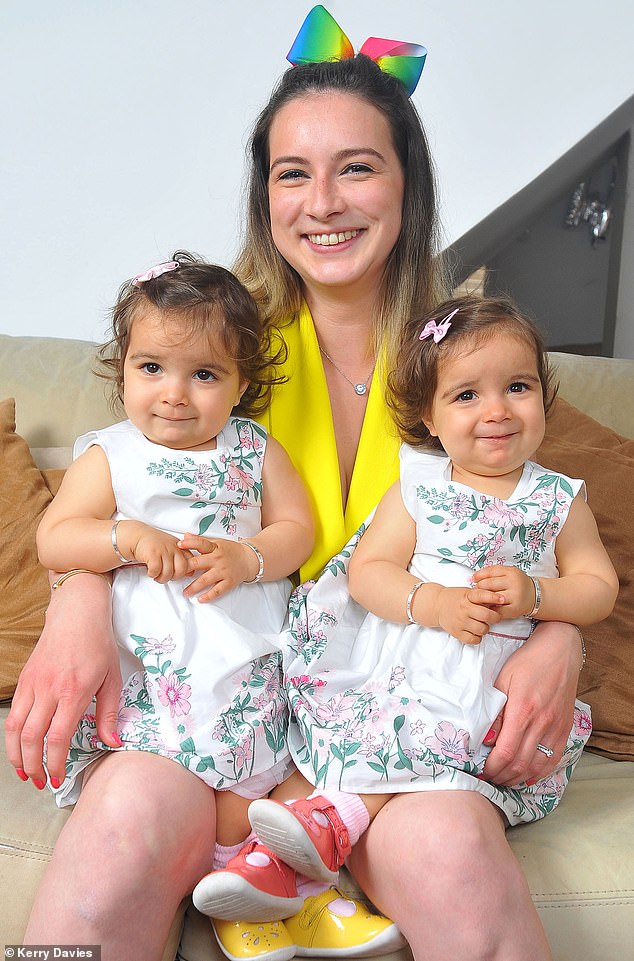 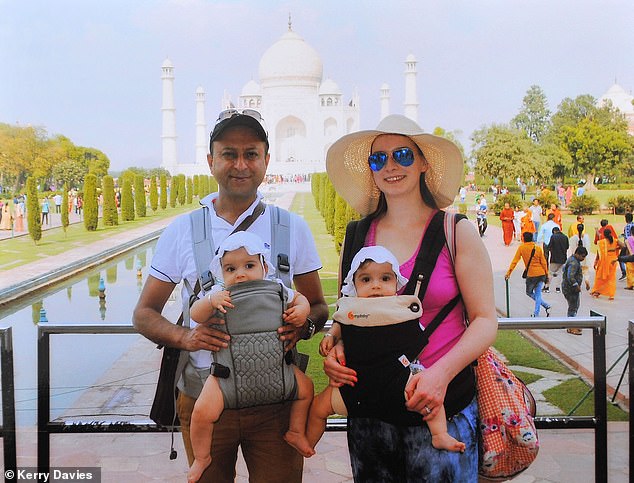 The two girls with mother Elizabeth from Surbiton south-west London, and father Aashu, are pictured visiting the Taj Mahal during filming last November

With their temperament changing by the minute, the girls were constantly swapped between scenes as the drama, starring Tom Bateman, was filmed across India.

Their mother Elizabeth Oberoi, 27, from Surbiton, south-west London, said: ‘I would get to the set and if it was breakfast we’d have that and then I’d go “Oh this one’s dressed and ready to go” so they’d use her. Some days they’d be on the set the entire time then other days, after two seconds on set, they’d think “No I don’t want to do this today” and we’d swap the baby.’

Their father Aashu, 50, added: ‘It’s the beauty of identical twins that they can be swapped.’ The proud parents, who travelled out to India with the twins – now 16 months old – for two weeks of filming after shooting scenes in the UK, said the opportunity ‘fell into their laps’.

Mrs Oberoi added: ‘My mum’s friend is a TV agent. She asked my mum and that’s it, we went to see the director Gurinder Chadha, and she fell in love with the girls.’ 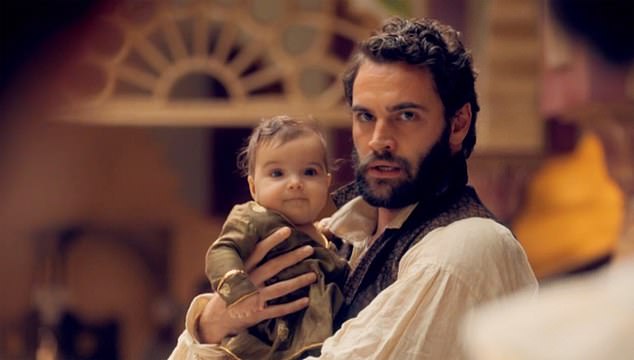 They play August in ITV’s series Beecham House. The second episode is on on Monday nigh. John Beecham, played by Tom Bateman, is pictured introducing his mixed heritage son to mother Henrietta in the series

Covid-19 CAN strike twice: Man in Hong Kong is the first confirmed