Police have arrested a 49-year-old man after finding an elderly woman dead inside a home in Melbourne’s east on Monday night.

Police were called to the house on Whitehorse Road in Blackburn just after 7pm for a welfare check on the 77-year-old woman. 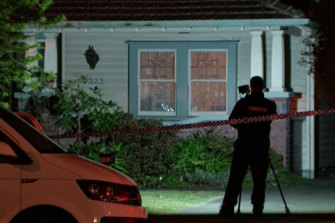 A Blackburn man was arrested at the scene.Credit:Nine News

They found her dead inside the home and are yet to determine the exact cause of her death, however, the case is being treated as suspicious.

“A 49-year-old Blackburn man was arrested at the scene and remains in police custody,” Victoria Police said in a statement. 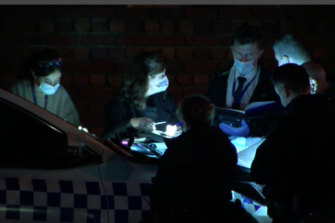 Police went out to a Blackburn home, where they found the woman’s body, to do a welfare check.Credit:Nine News

Police believed the elderly woman and the younger man knew each other. They said investigators were not looking for anyone else in relation to the incident.