Member of MI6 was sacked for downloading child abuse photos on a work laptop – but prosecutors opted NOT to take him to trial to the fury of his superiors, inquiry hears

A member of MI6 sacked for downloading child pornography on to his work computer had charges against him dropped, an inquiry was told.

Searches of material held by the Secret Intelligence Service revealed ‘a small number of references to child sexual abuse’, the Westminster strand of the Independent Inquiry into Child Sexual abuse heard.

An anonymous current employee of the Secret Intelligence Service spoke through video link on Tuesday.

He said pornographic material, including indecent images of children, was discovered on a computer used by MI6 staff in 2006. 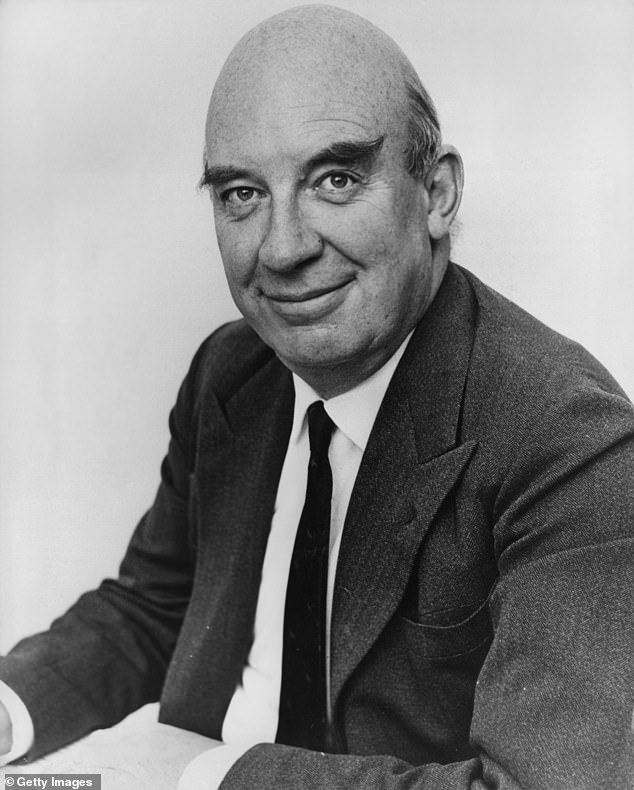 The Westminster strand of the Independent Inquiry into Child Sexual Abuse also heard how diplomat Sir Peter Hayman, who was named in Parliament as a paedophile in the 1980s, ‘liked playing Father Christmas so he could dandle children on his knee’

‘When this material was discovered, it was preserved and we conducted an internal investigation to find out which employee or employees might have been responsible for putting this material on the computer,’ he said.

‘We then passed the details of the material and the potential suspects to the police, the child protection unit, and a police investigation followed.

‘This confirmed that the images were illegal and it identified the SIS officer who was most likely to have been responsible for downloading them.

‘That individual was then dismissed from SIS and he was charged with two counts of possessing indecent images of children on their workplace computer.’

He added: ‘Ultimately the prosecutor decided to offer no evidence against the defendant following an abuse of process application. SIS was not involved in that decision.

‘That was purely made by the prosecutors at the time, and we actually wrote to the Crown Prosecution Service to explain – to express our disappointment that that was the case.

‘Our preference would have been to see the prosecution through.’

The inquiry also heard how diplomat Sir Peter Hayman, who was named in Parliament as a paedophile in the 1980s, ‘liked playing Father Christmas so he could dandle children on his knee’.

Under questioning by Brian Altman QC, counsel to the inquiry, the witness also detailed a ‘brief reference’ to Sir Peter – in the form of a cover sheet – attached to a press obituary for him. 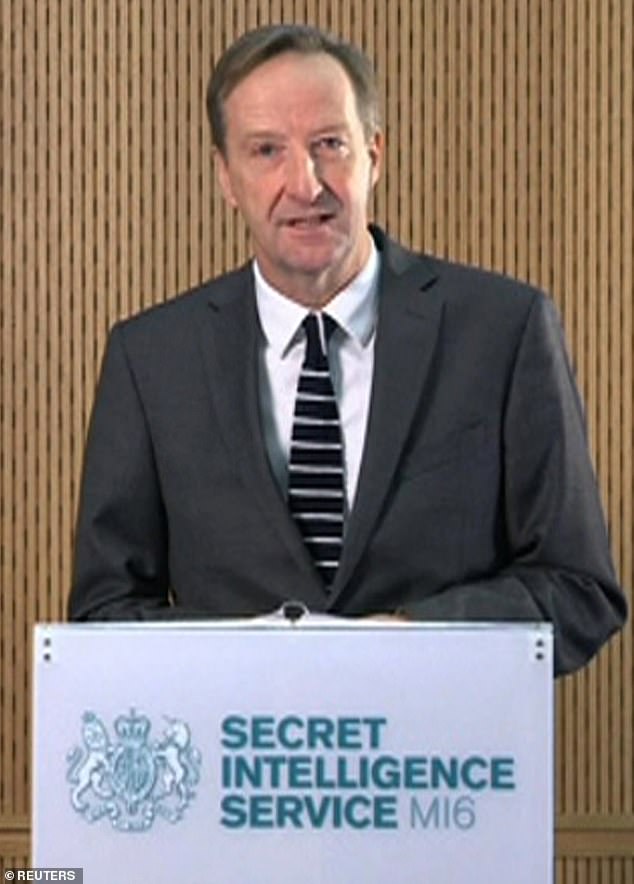 An anonymous current employee confirmed that one of these cases concerned the discovery, in 2006, of pornographic material, including indecent images of children, on a computer used by MI6 staff. Pictured, MI6 chief Alex Younger speaks at MI6 Vauxhall Cross headquarters in central London

With the article covering all aspects of his life, including his involvement in a pornography case in 1978 and also the allegation he was involved as a member of the Paedophile Information Exchange, he said the cover sheet ‘simply had an annotation made on it by an SIS officer’.

‘This annotation read, ‘an unpleasant and pompous man, used to like playing Father Christmas in Ottawa so that he could dandle children on his knee’,’ the witness said.

Believing that it relates to the period Sir Peter was high commissioner in Ottawa between 1970-1974, he said this was the only information found during the searches relating to him, and nothing else on their files explained the context for the comment or why it was made.

The witness also gave evidence on another incident in which an MI6 contact was believed to be in possession of a ‘cache of illegal images of children’, and confronted by an SIS officer.

With the contact denying the allegations and without enough evidence to instigate a police investigation, the witness said the agency continued to investigate the images and their origin.

He said a note was sent to seniors in Whitehall to inform them of the situation, and that in 2009 the contact was confronted once more – eventually admitting downloading the images.

The witness said the images were taken to the child exploitation and online protection command (Ceop), but that law enforcement took no further action.

The Westminster strand of the far-reaching inquiry into historical sexual abuse in British institutions is scheduled to last three weeks and is due to conclude on March 29.