The German Chancellor insisted Brussels needs to up its game if it is to be considered an “attractive” destination for businesses in the future. She warned that the EU is already falling behind its competitors, such as China and the United States, and faces a new rival in Britain after January 31. Berlin will play a pivotal role in future trade talks with Britain, with the conclusion of the deal likely to fall inside Germany’s control of the EU’s rotating presidency in the second half of the year.

Mrs Merkel has previously expressed fears that the UK could become more competitive than the EU if London is allowed to diverge from the bloc’s rules on goods, workers’ rights, taxes and environmental standards.

In an interview with the Financial Times, she said Brexit is a “wake-up call” for her EU colleagues.

They must transform the bloc to become more “attractive, innovative, creative, a good place for research and education… Competition can then be very production”, she added.

The veteran leader highlighted the need to renew the bloc’s industrial policy by developing the continent into a technology leader. 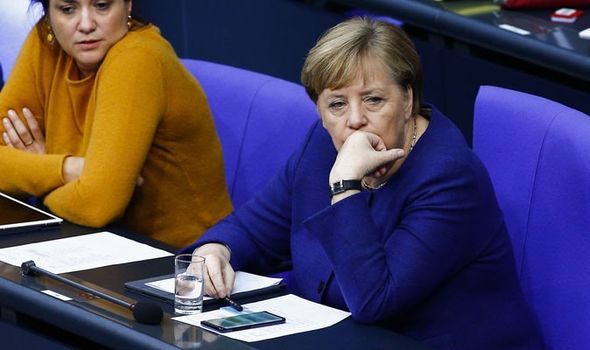 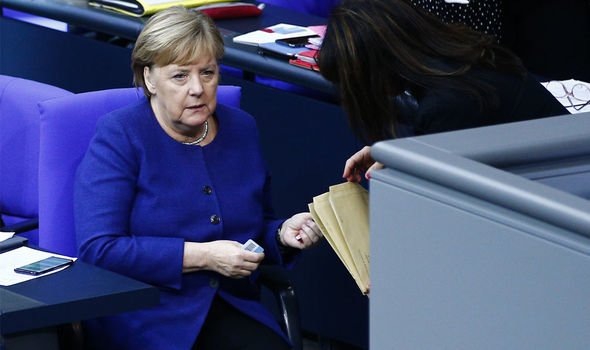 “I believe that chips should be manufactured in the European Union, that Europe should have its own hyperscalers and that it should be possible to produce battery cells,” she said.

She also wants Europe to become a viable alternative for companies looking to make their home in either the United States or China.

Creating a gold-plated for data protection and digital standards are part of her strategy, Mrs Merkel said.

“I firmly believe that personal data does not belong to the state of to companies,” she added. 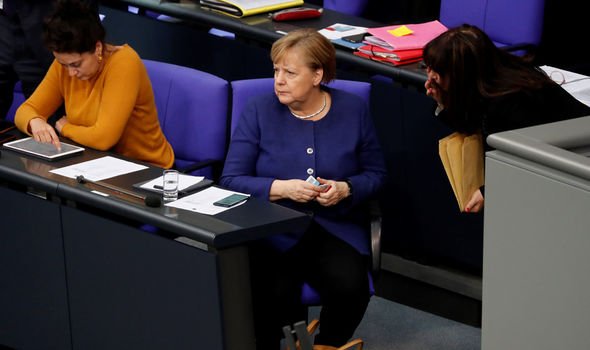 “It must be ensured that the individual has sovereignty over their own data and can decide with whom and for what purpose they share.”

Mrs Merkel went on to predict that global uncertainty will continue to grow in her final years in office, ahead of her retirement for frontline politics in 2021.

She admitted that her “firm conviction” to deliver “the best win-win situations… when partnerships of benefit to both sides are put into practice worldwide”.

She added her concept is coming “under increasing pressure”, with institutions like the EU or United Nations most impacted by the likes of US President Donald Trump and Russia’s Vladimir Putin.

MUST READ: Brexit travel: The impact of Brexit on holiday spending money 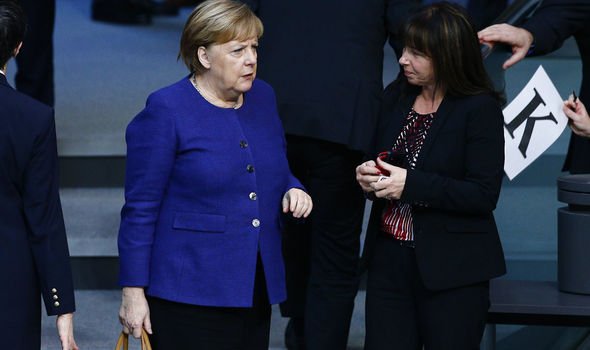 Mr Trump, himself, has called for reforms at both the UN and the World Trade Organisation.

“There is no doubt whatsoever about any of that,” Mrs Merkel said.

“But I do not call the world’s multilateral structure into question.”

Germany has become a frequent target for Washington’s criticism of Europe, mainly because of the country’s low defence spending within the Nato structure.

“The United States’ focus on Europe is declining – that will be the case under any president,” Mrs Merkel said.

“We in Europe, and especially in Germany, need to take on more responsibility.”

Under Mrs Merkel’s leadership, Berlin has committed to Nato’s spending targets of two percent of GDP.

She insists that the transatlantic military alliance “remains crucial for me, particularly as regards fundamental questions concerning values and interests in the world”.

But her support for Nato hasn’t quashed Germany’s desire to partake in the development of an EU army.

“Europe must – if necessary – be prepared to get involved. I see Africa as one example,” she said.

EuroMillions results August 11: What are the winning numbers for Tuesday? Live results
Asia