Health Minister in Merkel’s cabinet, Jens Spahn, is aiming to become the news Chancellor in Germany amid a tense leadership race in Berlin. The ruling Christian Democratic Union Party (CDU) has suffered numerous blows in both regional and European elections, and Mr Spahn derided the Chancellor saying her departure would “end a blockage in the party”. In his 2018 article for Frankfurter Allgemeine Zeitung, a conservative newspaper, he also stated that Merkel’s government had lost control at the height of the refugee crisis.

Germany accommodated more than a million asylum seekers in 2015, and Merkel has tried to end the row in her party over the decision.

Mr Spahn argued that in doing so, the Chancellor has “lost control”.

He said: “The images from that September, the impression that the state and politics had lost control, will not simply disappear from people’s minds.”

The German frontbencher has made law and order a theme of his leadership bid, while also blasting his own party’s handling of the gay marriage issue. 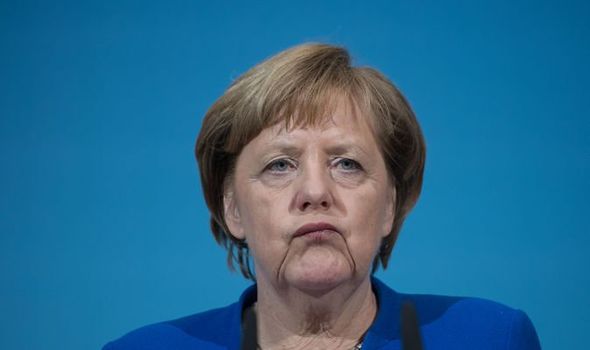 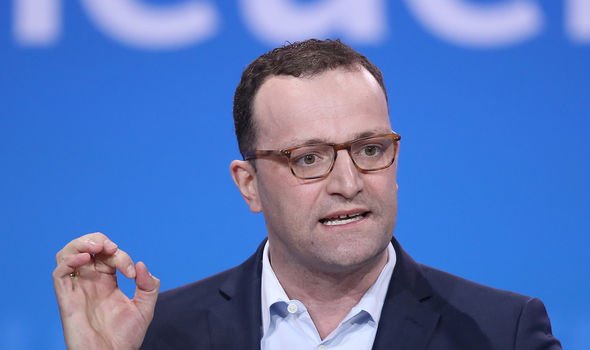 Merkel announced in 2018 that she would stand down in 2021 ahead of the country’s election, bringing to an end what will be 16 years of rule.

However, the road to a new dawn for her CDU has been far from harmonious, as rivals from within her ranks have called for the German leader to step down early.

Merkel, while remaining Chancellor, is no longer the party leader – offering the role to key ally Annegret Kramp-Karrenbauer in the hope her legacy would remain even after she leaves German politics.

But amid doubts that Mrs Kramp-Karrenbauer was up to the task of succeeding Merkel, she stepped down earlier this month opening up the party’s leadership bid while plunging it into chaos. 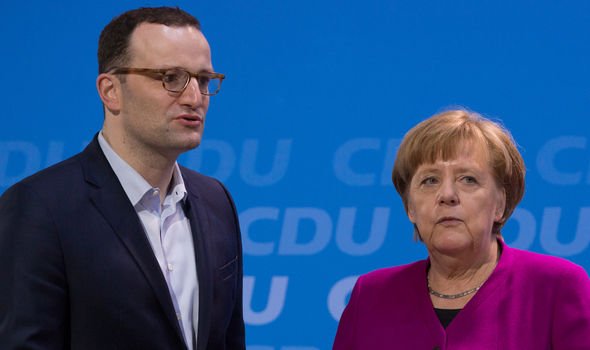 Spahn isn’t the only threat to Merkel’s legacy, and one historic rival has returned to politics looking to shift to the CDU to the right.

Friedrich Merz suffered a big defeat to Merkel in 2002 but has hit out at her recent record in elections.

The CDU finished third in the election in the Thuringia state, leading Merz to rage at the “abysmal” image of Merkel’s government — a coalition with the centre-left Social Democrats that has been marred by infighting.

In last year’s European elections, Merkel’s party and its coalition partner won a combined 28.7 percent of the vote, down 7 points from the previous vote in 2014. 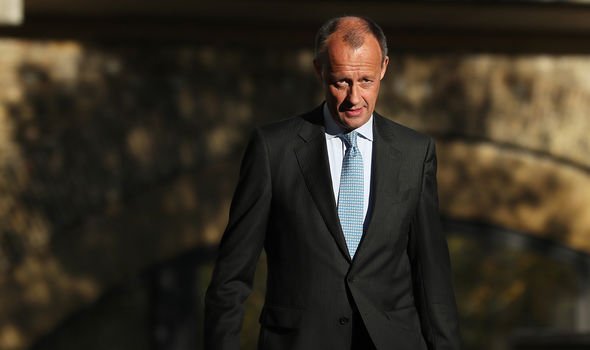 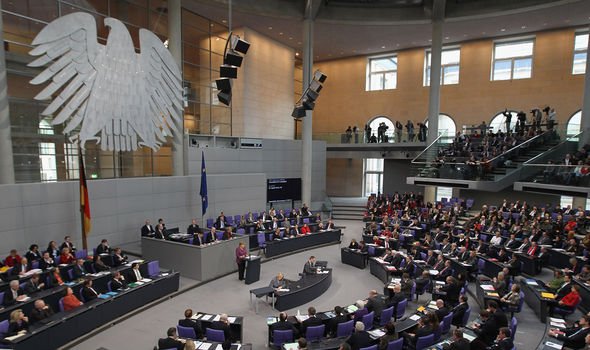 It was the worst result the party had ever suffered.

Merz said in October that the party is in “a really difficult situation” and the main reason why is that “the inertia and lack of leadership of the Chancellor has been hanging over this country like a blanket of fog for years”.

He added: “Things can’t go on like this, and I simply cannot imagine that this kind of government in Germany can carry on for another two years until the end of this parliamentary term.”

As German politics descends into chaos, Merkel may be forced out of her role as Chancellor earlier than planned.