Autumn is well and truly here – but next week parts of central and southern England will get a “taste of an Indian summer” as the mercury peaks once again in the low 20s. Jim Dale, senior meteorologist for British Weather Services, told Express.co.uk that the milder temperatures will hang around for at least 48 hours. The warmest days of the week are set to be Tuesday, October 4 and Wednesday, October 5 with highs of 21C expected. But maps show thermometers will slowly slope off into the following weekend, dismissing any hopes of a prolonged and theoretical Indian summer.

Mr Dale said: “It will just be for a couple of days, hitting the 21C mark in the south east. It will still remain in the high teens for several days – at least south of the Midlands.

“But it will be cooler further north and more changeable.”

According to the Met Office, an Indian summer is when a period of unusually dry, warm weather occurs in late autumn – normally around October or November.

But speaking of why next week won’t properly fit this definition, Mr Dale added: “The 21C could do with hanging around for a couple more days then we might be in business. Call it a taste of an Indian summer.” 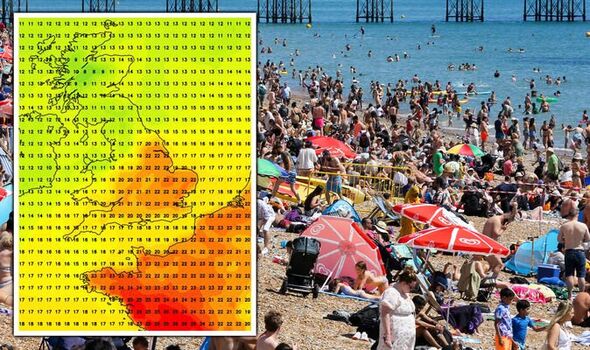 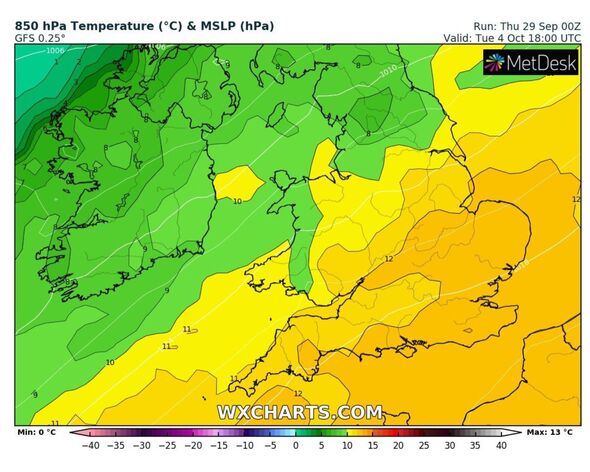 According to the Met Office’s long range forecast, however, more changeable conditions are to be expected throughout next week and the rest of the month, in line with typical autumnal conditions.

Its long range forecast says: “A mixture of sunny spells and showers or longer periods of rain is expected at the start of October. A northwest/southeast split in weather conditions is likely through the first half of next week, with cloud and occasionally heavy rain in the northwest, and drier conditions in the southeast.

“Winds generally light, but likely stronger in the northwest. Later in the period, we may see a shift towards drier and more settled weather.

“Some spells of wetter weather remain likely at times; these are most probable in the northwest but could possibly spread to other areas too. Temperatures likely to be close to average throughout or perhaps slightly above average by the end of the period.” 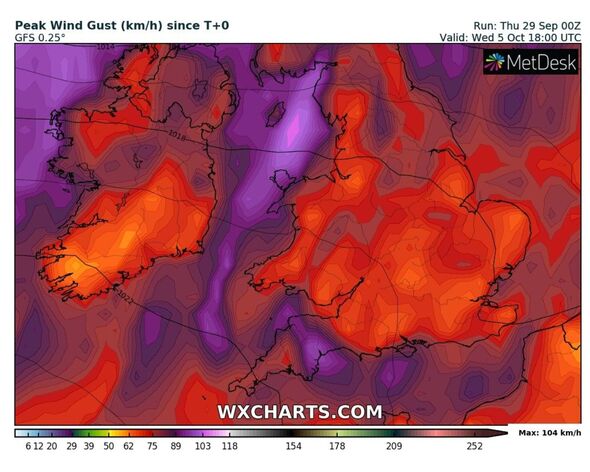 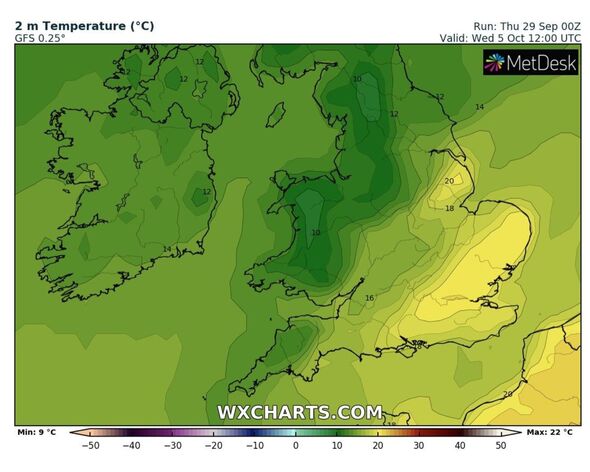 The glorious upturn in conditions will not come before the dramatic wind and rain expected tomorrow, Friday, September 30.

The Met Office is predicting it will be the most autumnal feeling-day the country has had as yet.

Deputy chief meteorologist at the Met Office, Chris Almond, said: “Friday will bring a much wetter and windier spell than we’ve seen so far this autumn, but nothing that is unusual for the time of year.

“The fast-moving system will bring strong gale force winds, locally in excess of 60mph, and heavy rain into the northwest before pushing quickly southeast through the day.

“We could see some minor impacts, such as surface water flooding or minor wind damage, as well as some short-lived impacts on ferry crossings, especially in exposed areas of western Scotland and eastern areas of Northern Ireland.

“Later in the day, parts of southeast England could experience winds of around 55mph, which may impact the English Channel too.”

Currently, the Met Office has not got any warnings issued for this period.

Rain or showers will continue in the south on Saturday with sunny spells, and heavy, blustery showers elsewhere.