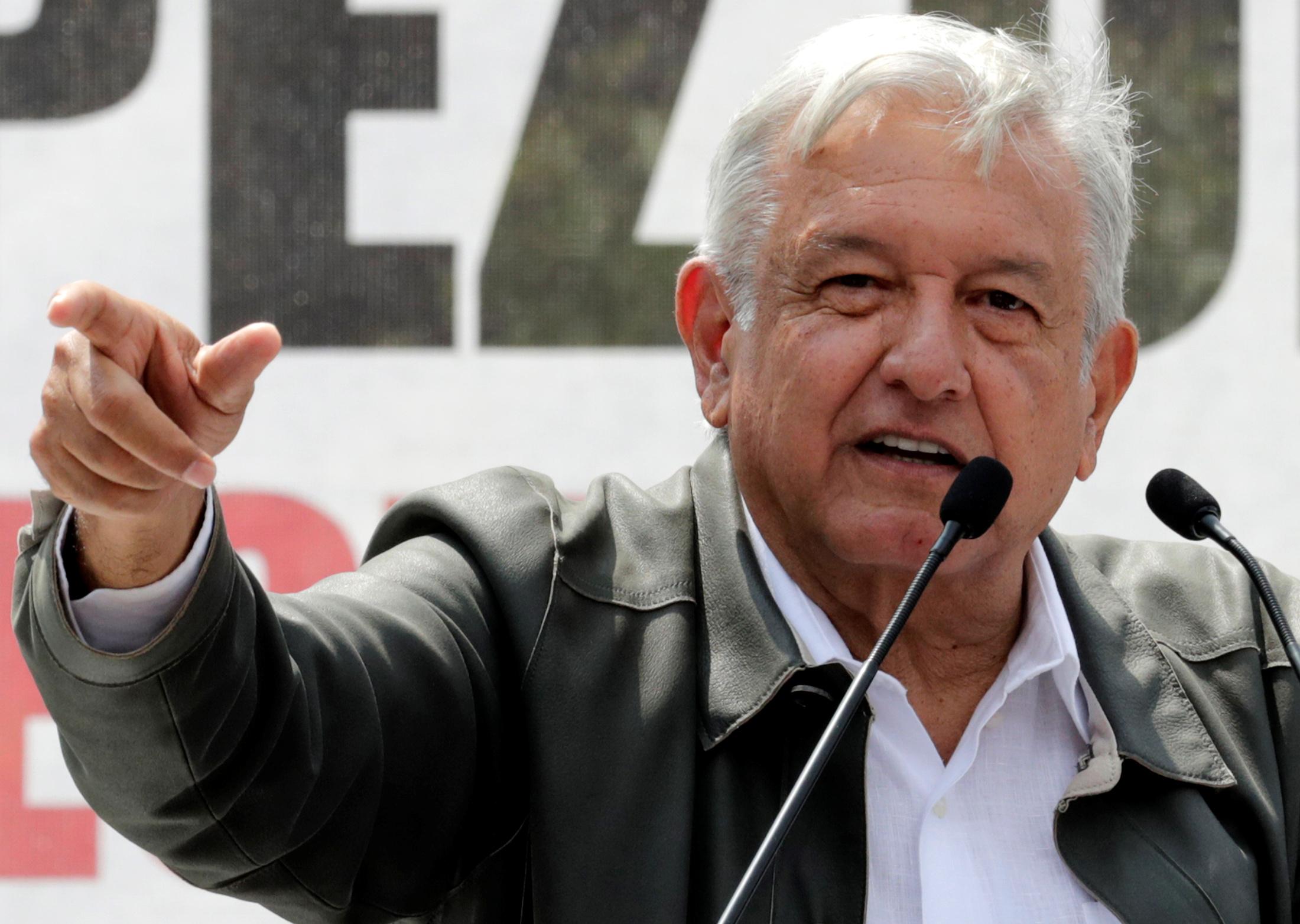 After a busy five-month transition that has spooked financial markets, Lopez Obrador will just before midday take responsibility for fixing escalating gang violence, chronic poverty and widespread discontent with the political class in Mexico.

To do that, the anti-establishment former Mexico City mayor plans to increase pensions, create a militarized Guardia Nacional nationwide police force, change the penal code to amnesty lesser criminals, and hold referendums to back his policies.

An admirer of Mexican President Lazaro Cardenas, who nationalized Mexico’s oil industry in 1938, Lopez Obrador will be the first leftist to run the country since it began moving from one-party rule toward democracy in the 1980s.

Thanks to a landslide victory and a coalition that controls both houses of Congress, he enters office as one of the most powerful presidents in decades.

The 65-year-old took a conciliatory approach to investors during the campaign, but has struggled to reconcile deeply held personal ideals with his pragmatic acknowledgment that he needs a stable economy and investment to achieve his goals.

He also wants to improve ties with U.S. President Donald Trump by crafting a deal to contain migration from Central America in exchange for U.S. aid to help develop the violent, impoverished region.

“Mexico is going to be a safe country, a country that really encourages investment,” he said in a video address this week, promising his inauguration speech would be business-friendly.

But also this week, he stepped up threats to undo outgoing President Enrique Pena Nieto’s agenda, slamming the latter’s “neo-liberal” opening of the oil industry to foreign capital.

Growth has been sluggish under Pena Nieto, and Sergio de la Cruz, a 37-year-old Lopez Obrador supporter in Mexico City, said he expected the economy to struggle at first.

“The country needed a change,” said de la Cruz, the owner of a newspaper stand. “Now there will be an end to corruption because there’s going to be an honest leader.”

But Roberto Hernandez, a 68-year-old security guard in the city’s Roma district, was already bracing for disappointment.

“All the presidents are the same. They make promises, they get in and when it comes to it, they do nothing,” he said. “They’ll never end corruption. He’s surrounded himself with the same people as always – they’re all tainted.”

The months since the election have been a white-knuckle ride for investors. Markets gyrated to abrupt decisions backed by what Lopez Obrador calls participatory democracy, but what critics see as autocratic populism.

On Oct. 29, he canceled a $13 billion new Mexico City airport, alleging a taint of corruption, leading investors to dump shares, bonds and the peso currency.

Though it has since pared some of those losses, the Mexican bourse is still close to three-year lows.

Lopez Obrador, who long opposed the airport, justified the decision with an opaque referendum his party organized in which barely 1 percent of the electorate voted. He said the cancellation sent a message there would be a clear division between political and economic power in Mexico.

He has since doubled down on referendums, while reacting sharply to criticism, fueling concerns in some corners he may push the country in a more partisan direction.

Some of the toughest problems Lopez Obrador faces are more severe than when Pena Nieto took office in 2012 vowing to tackle unprecedented violence. Like his predecessor, the new president says security will be his top priority.

More than 25,000 murders, a record, were logged in 2017. But over 10,000 were registered between July and October, the bloodiest four-month period since modern records began in 1997.

Lopez Obrador enters office with more support than Pena Nieto, according to a Nov. 23-25 survey by polling firm Consulta Mitofsky published on Friday.

Mitofsky said 62.6 percent approved of his performance as president-elect compared with 56.4 percent for Pena Nieto, whose popularity later plunged to record lows after a series of corruption scandals and his failure to curb gang violence.

But the poll also hinted at divisions.

Some 34.7 percent disapproved of the job Lopez Obrador had done in the transition, a more skeptical assessment than Mexicans gave the three previous presidents. 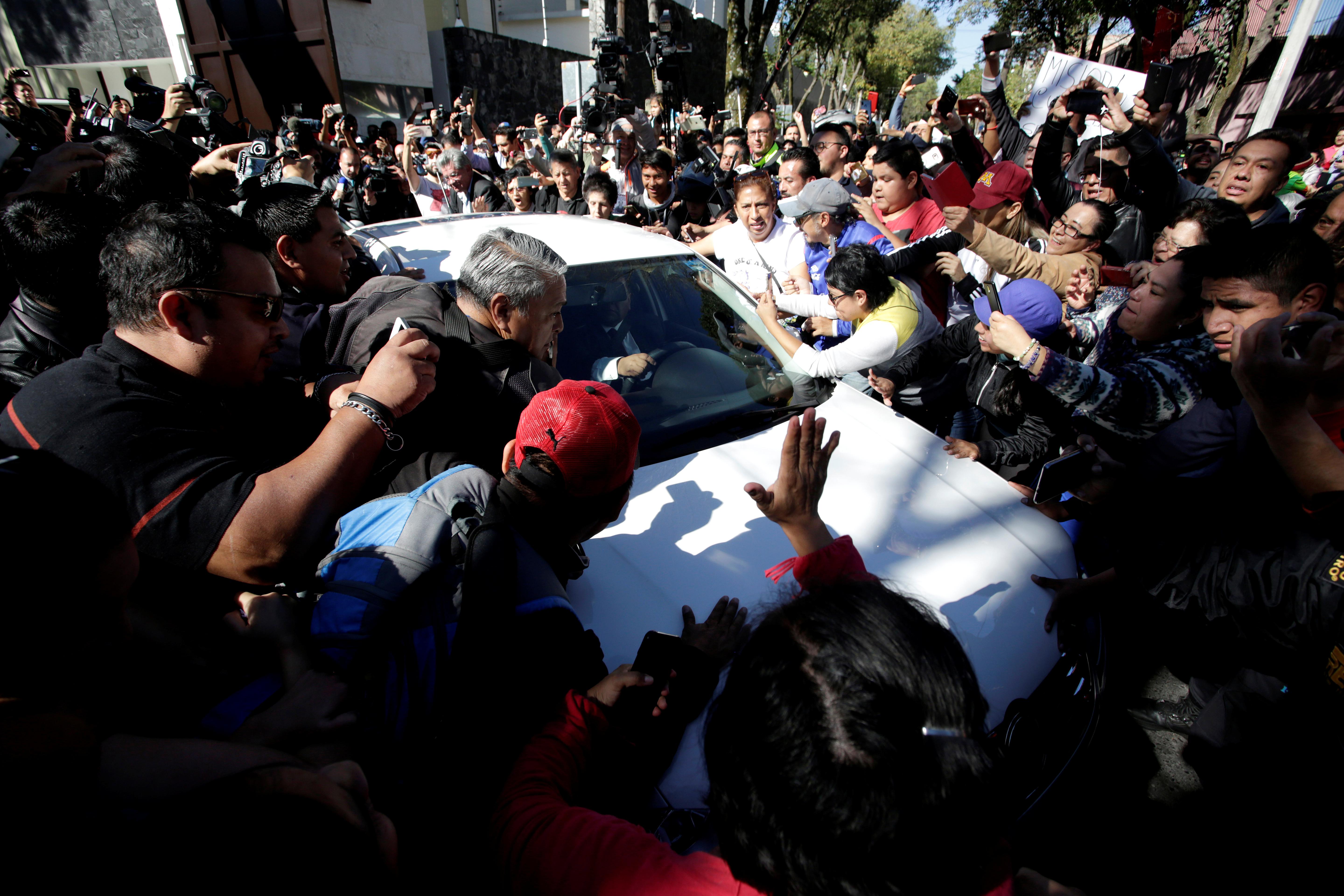 A clash with a G20 summit in Buenos Aires means few leaders from major powers will attend Lopez Obrador’s inauguration.