Return of party politics! Michael Gove spins arm-in-arm with Tom Tugendhat to Whitney Houston as he hits the dance floor at Tory conference a month after Aberdeen night out

Michael Gove has been spotted rocking the dance floor again – this time busting moves to Whitney Houston’s I Wanna Dance With Somebody at the Tory party conference.

Hilarious footage shows the Levelling Up Secretary, 54, arm in arm with Tom Tugendhat as he throws his finest shapes to the 1987 hit while wearing a suit and tie – just a month after his infamous night out in Aberdeen.

Newly-single Mr Gove, and Mr Tugendhat, MP for Tonbridge and Malling, are seen taking turns to spin each other as they go all out at the gathering – which is not usually known as a hotbed of hedonism. 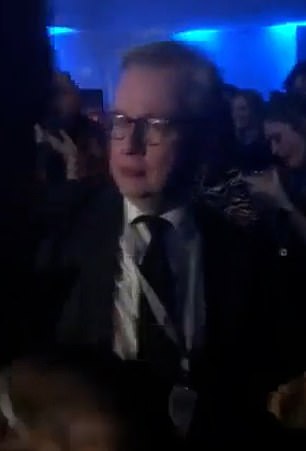 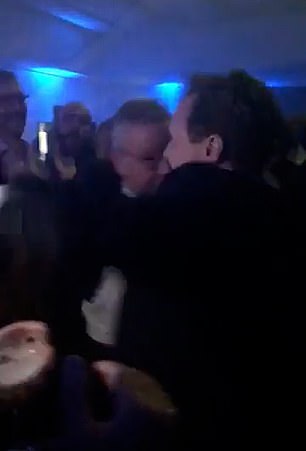 Hilarious footage that emerged today shows the Levelling Up Secretary, 54, arm in arm with Tom Tugendhat as they spin and twirl each other to Whitney Houston’s I Wanna Dance With Somebody

Mr Gove first burst onto the party scene when he was spotted dancing seemingly alone in a suit with no tie at a techno night in Aberdeen over the August Bank Holiday weekend.

During a speech at the conference in Manchester earlier this week, Mr Gove came on stage to Abba’s Dancing Queen, and immediately made a reference to his earlier shenanigans – which were caught on camera.

He told the audience: ‘Here we are – bright lights – great atmosphere – enthusiastic young people. It reminds me of my last night out on the town Aberdeen.

‘Dance like nobody’s watching they say, well I did, but they were watching!’

The Surrey Heath MP, who recently announced his split from Daily Mail columnist wife Sarah Vine, was seen throwing shapes after visiting an O’Neill’s pub in the Granite City in August.

He later went upstairs to Bohemia nightclub where he was filmed dancing to techno, after allegedly trying to swerve the £5 entry fee by telling door staff he was the Chancellor of the Duchy of Lancaster – a claim he later denied. 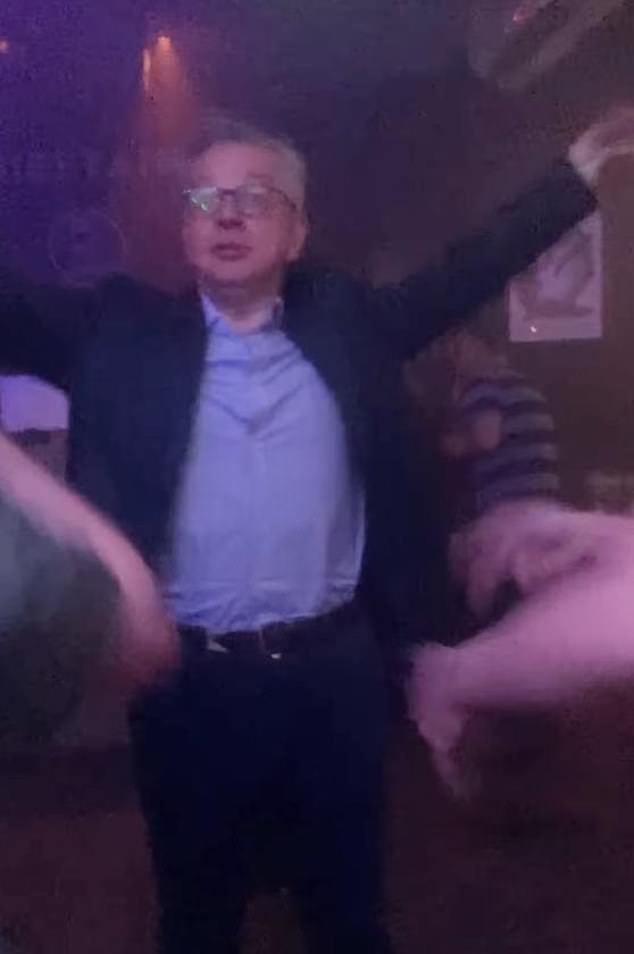 Musician Emma Lament, who posted the videos to Instagram on Sunday, wrote in the captions that Mr Gove was ‘giving it big licks’ as he bopped to techno music.

In the videos, Mr Gove can be seen jumping, two-stepping and waving his arms around to the music.

The rise of the reducers: Why some of us are putting less meat on our plates