‘3 stars, because it was cloudy that day’: Michelin-starred chef criticises his OWN restaurant on Tripadvisor with tongue-in-cheek reviews to mock negative posts left by customers

A Michelin-starred head chef decided to criticise his own restaurant on Tripadvisor in an effort to mock that ‘people can post anything they like’ on the public site.

Zak Hitchman, who runs the restaurant Casamia in Redcliffe, Bristol, decided to write the tongue-in-cheek reviews after receiving a number of ‘nonsense’ posts from people on Tripadvisor that were ‘completely made up’.

The head chef, who took over the eatery in July 2020, said although the majority of diners had appreciated the food at his restaurant there were some bad Tripadvisor reviews that ‘were just silly’.

Casamia had long held a reputation as a high-end fine dining establishment with its formal service and white linen tablecloths, with diners often dressing up to eat at the £180-a-head restaurant. 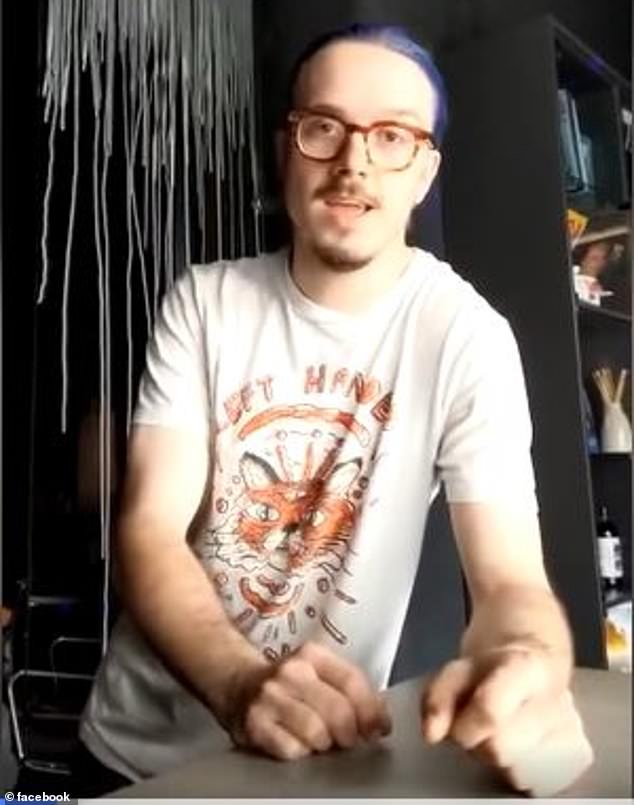 Zak Hitchman, who runs the restaurant Casamia in Redcliffe, Bristol, decided to criticise his own restaurant on Tripadvisor after receiving a number of negative reviews from people claiming to have eaten at his restaurant

After Mr Hitchman took over he has made changes to the food, service and ambience, introducing upbeat modern jazz played through a specially designed sound system, graffiti-style street art on the walls and even garnishing dishes with Wallace and Gromit toys.

Kitchen staff now wear T-shirts and Dr Marten boots rather than crisply ironed chefs’ whites, and there is no dress code for diners who are now encouraged to wear what they like.

Mr Hitchman has described the new Casamia experience as ‘less of a restaurant, more of a weird gig with food’ and there is more of an emphasis on live fire cooking on the menu that can often run to 25 courses.

Although the majority of diners have appreciated the dramatic shift in style, others have not enjoyed it quite as much and a few have shared less than complimentary reviews on Tripadvisor.

One of the reviews read: ‘Casamia has been our ”go to” place for celebrations but our most recent visit will be out last unless it changes again. We used to love the building, exquisite food and great service.

‘The food remains truly outstanding but we hated the black decor, thought the service slipped and couldn’t cope with the music.’

While another said: ‘Came here two years ago with my girlfriend and had an incredible meal and was one to remember!

‘Then I came here last week and wished I went somewhere else. Food was ok but the use of miso and soy is lovely in some things but for 80 per cent of the menu to have soy and miso it was just getting a bit boring.’

Following the negative reviews, Mr Hitchman took to Tripadvisor to write: ‘Really loved the show, if anything the music should be louder, especially when Cardi B-WAP came on. 3 stars only because it was very cloudy that day’.

Another four-star review from the Casamia chef read: ‘It was a spiritual journey. Brought me near to tears. However there was clearly a problem with the fuse box, lights were going on and off. Long live the donut king’

Mr Hitchman said: ‘I’ve always looked at Tripadvisor as a load of nonsense to be honest. I look at the reviews in much the same way that I look at Amazon reviews. 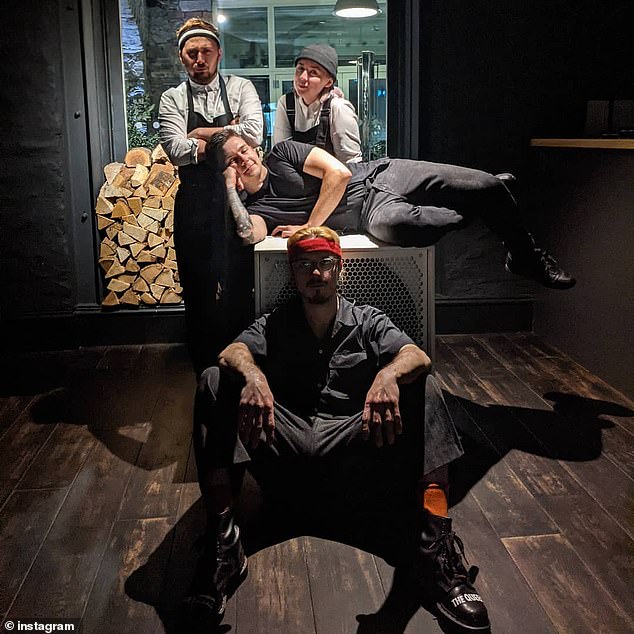 The Michelin-starred head chef (centre), who took over the eatery in July 2020, decided to mock that ‘people can post anything they like’ on the public site 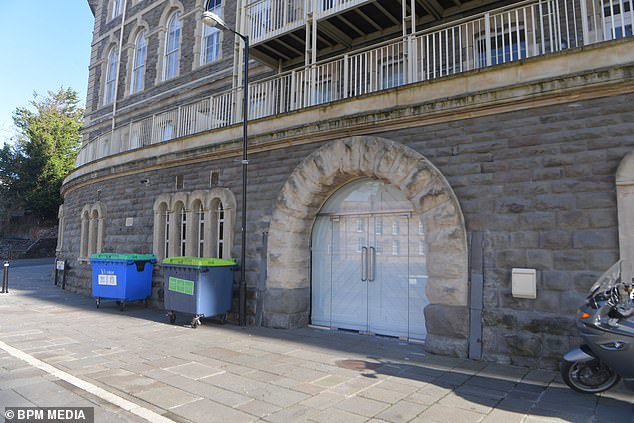 Casamia (pictured) has long held a reputation as a high-end fine dining establishment and after Mr Hitchman took over he made changes to the food, service and ambience

‘When we get good reviews on there it’s lovely and nice to read but it doesn’t change anything for us – the best thing for us is getting instant feedback from people when they’re in the restaurant.  All the chefs and waiters talk to customers and we like that live feedback.’

He continued: ‘We had some genuine ones like ”we had a dreadful time, the music was too loud for me” which is fair enough – if Casamia isn’t for you, that’s fine, there are hundreds of other restaurants you’ll enjoy more.

‘But it got to a stage where we had some bad Tripadvisor reviews that were just silly. The one that sticks in the memory is a short one that said ‘the loud music reminded me of a youth club, I expected a burger and I’d give it lower than one star if I could”.

‘Who bothers to write something like that after paying £180 a head?’

Mr Hitchman acknowledges that he’s possibly the first Michelin star chef to post bad reviews of his own restaurant but he says it was more about highlighting the fact that people can post anything they like whether they’ve eaten somewhere or not.

He added: ‘Tripadvisor is an open forum where anybody can write whatever they want. I don’t want to sound arrogant but we just don’t take the reviews seriously. We’d much rather talk to somebody face to face or via a private email.

‘I don’t think you can take Tripadvisor seriously and we’ve proven the fact that you can post anything you want even if it’s a bad review of your own restaurant.

‘These reviews are still on there, nobody has taken them down from the site. It just makes a mockery of the whole thing.’