Love Island star Mike Boateng has admitted lying to take a day off while serving in the police, but said he acted out of character after facing racism in his force.

The former Greater Manchester Police constable admitted that he had deceived his supervising officers when he returned from a holiday to New York in 2018.

He was not barred from serving as an officer at a misconduct hearing today, however, after he claimed he breached standards due to mitigating circumstances.

These included incidents such as being called a ‘gorilla’ by a colleague.

Merseyside Police Chief Constable Andy Cooke, who chaired the hearing, said Boateng sent a message to a colleague telling him he had problems with his flight and would be unable to work a shift on December 7.

He returned to work on December 8 but continued to lie when asked for proof about his delay, which he claimed was due to a mix-up by BA, the hearing was told. 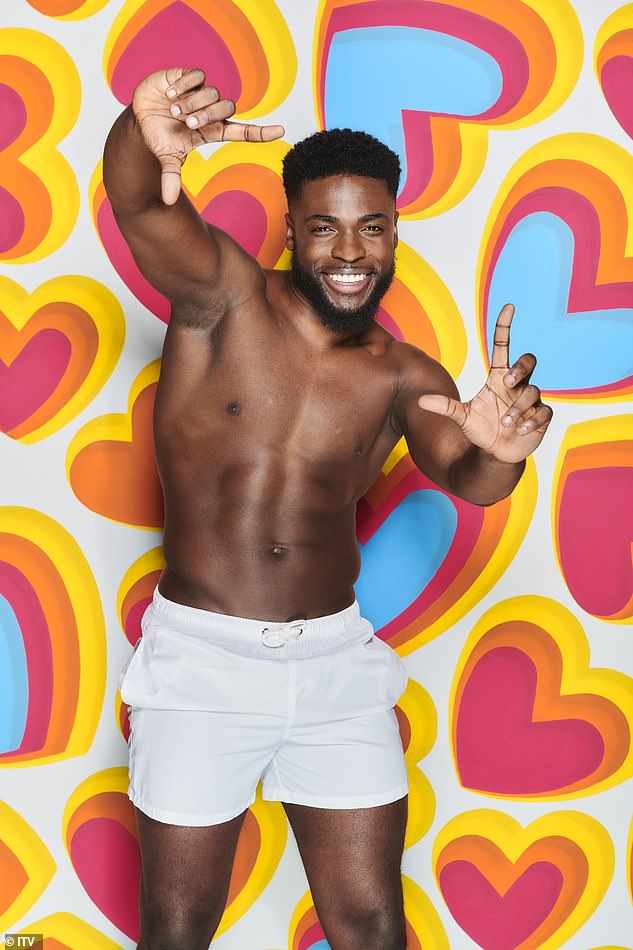 Love Island star Mike Boateng (pictured) has admitted lying to take a day off while serving in the police, but said he acted out of character after facing racism in his force

She said: ‘Mr Boateng joined the police on January 3, 2017. He had, at that time, the best of intentions in joining the force, wanting to overcome some of the negative attitudes between his community and the police force.

‘It is unfortunate that very early on in his training he experienced incidents which caused him very serious concerns.’

She said Boateng had been mistaken by officers for a footballer with the same name, who had been convicted of match fixing.

‘Mr Boateng was made to stand next to a computer by his superiors for comparison with that individual because it was thought he was that person,’ she said. 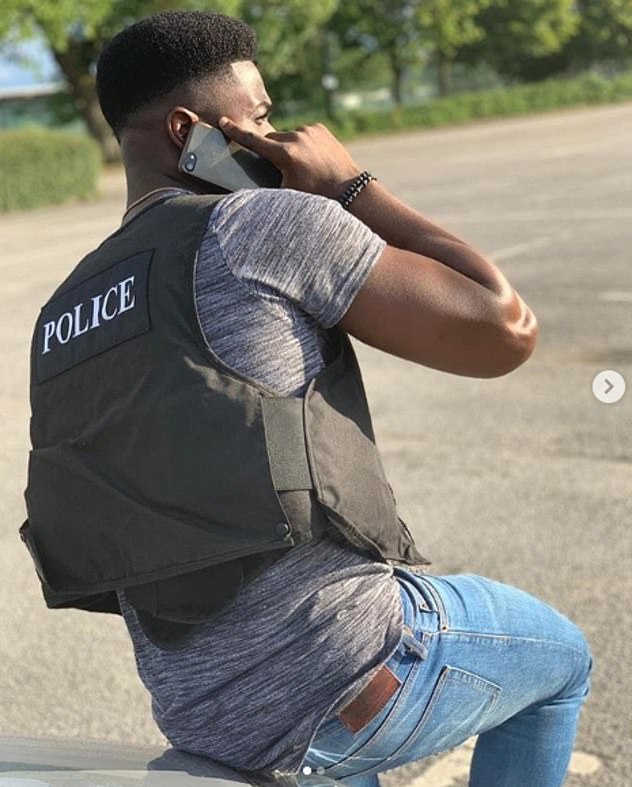 Judy Khan QC, representing Boateng (pictured) said that  during a role-play exercise he was called a ‘gorilla’ by another trainee who made the remark ‘in the heat of the moment’

Ms Khan said during a role-play exercise he was called a ‘gorilla’ by another trainee, who later said the remark had been made ‘in the heat of the moment’.

She added: ‘Mr Boateng’s clear impression was that he was being treated differently to fellow recruits and that persisted beyond his training.’

Ms Khan said the Love Island contestant felt ‘victimised’ and more closely scrutinised by colleagues and required time off for depression as a result.

In December 2018, she said, he was facing two allegations which he denied and which were dropped, and was also under scrutiny for his sickness record.

Ms Khan said when Boateng, from London, returned from New York he was experiencing jetlag and felt unfit for duty, adding: ‘He acted in a way which was wholly out of character for him. He lied out of panic.’

She provided a number of character references to the hearing for Boateng, who resigned from the force in December last year.

Mr Cooke ruled the 24-year-old had breached police standards of professional behaviour for honesty and integrity and discreditable conduct.

But he said it was clear the former officer was suffering from stress and would have received a final written warning rather than dismissal if he had still been serving.

Boateng was told his name would not appear on the College of Policing barred list.

I see aliens EVERY DAY after spotting my first UFO during lockdown – this is what they look like, woman claims

Girl, two, fighting for life after falling from third-floor flat window in Clydebank