BRITS have been left scratching their heads after a giant cruise ship was spotted floating in mid-air off the Dorset coast.

The Anthem of the Seas cruise ship was snapped hovering high above the sea in Bournemouth – because of a mind bending optical illusion. 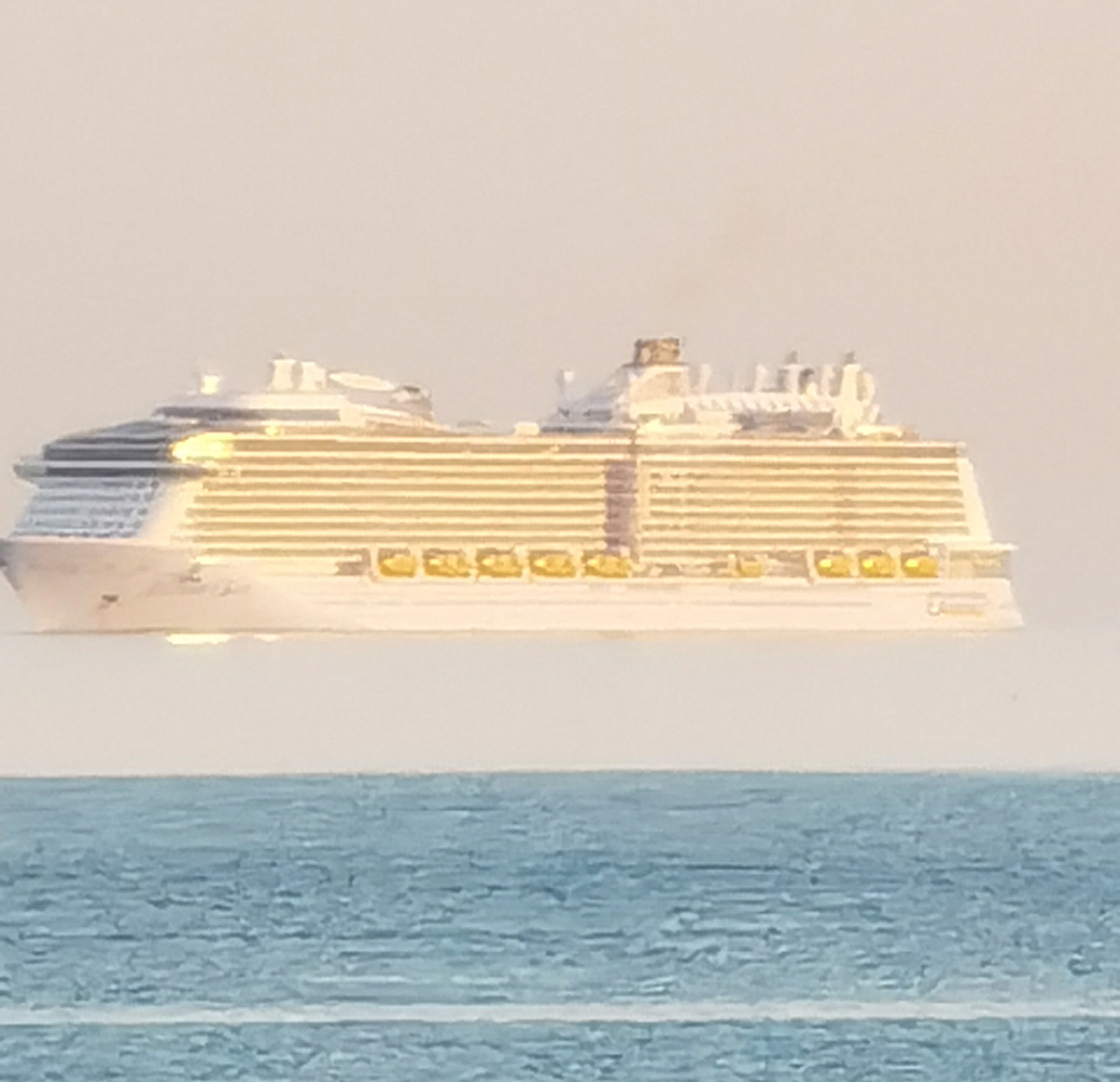 A rare optical illusion is to blame for the boat’s bizarre appearance.

The phenomenon – known as Fata Morgana – is created when the sun heats up the atmosphere above either the land or the sea.

A layer of warmer air sits on top of a layer of cold air, causing the light from the ship to bend and making colours blend together.

For a Fata Morgana to appear, the atmospheric conditions have to be just right, reports the Mail Online.

It starts with a cold air mass close to the ground or surface of the water that is topped by a warm layer of air higher in the atmosphere. 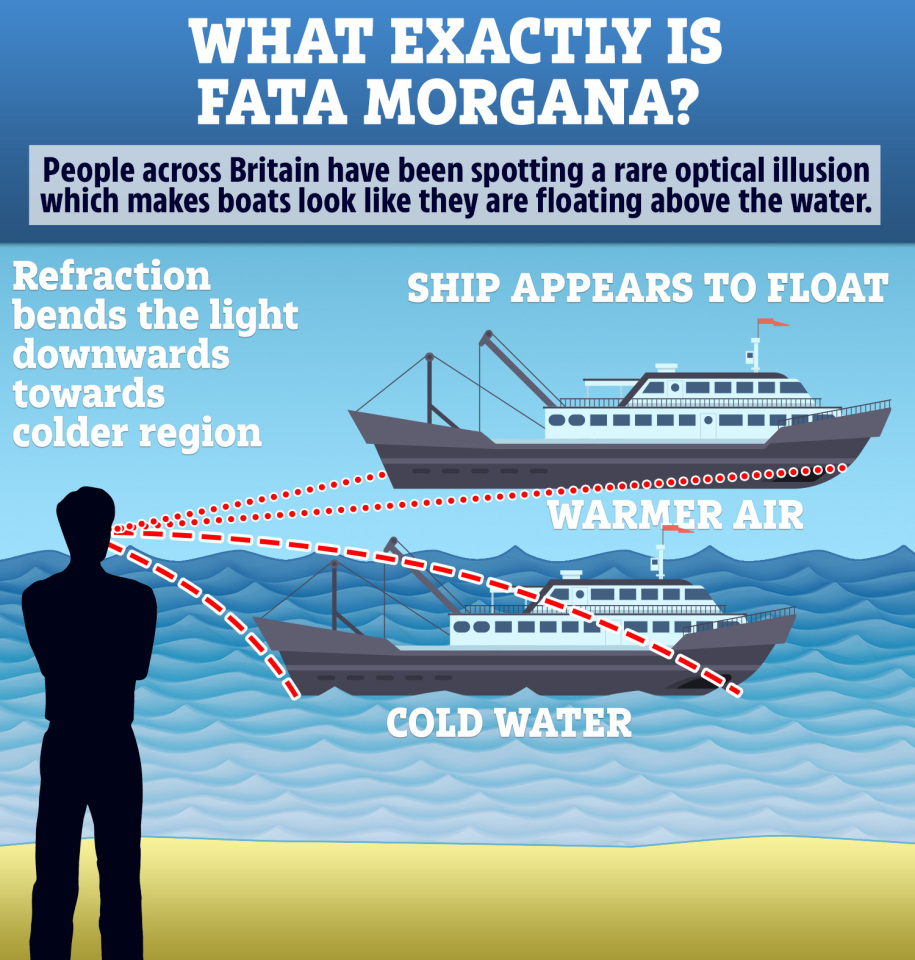 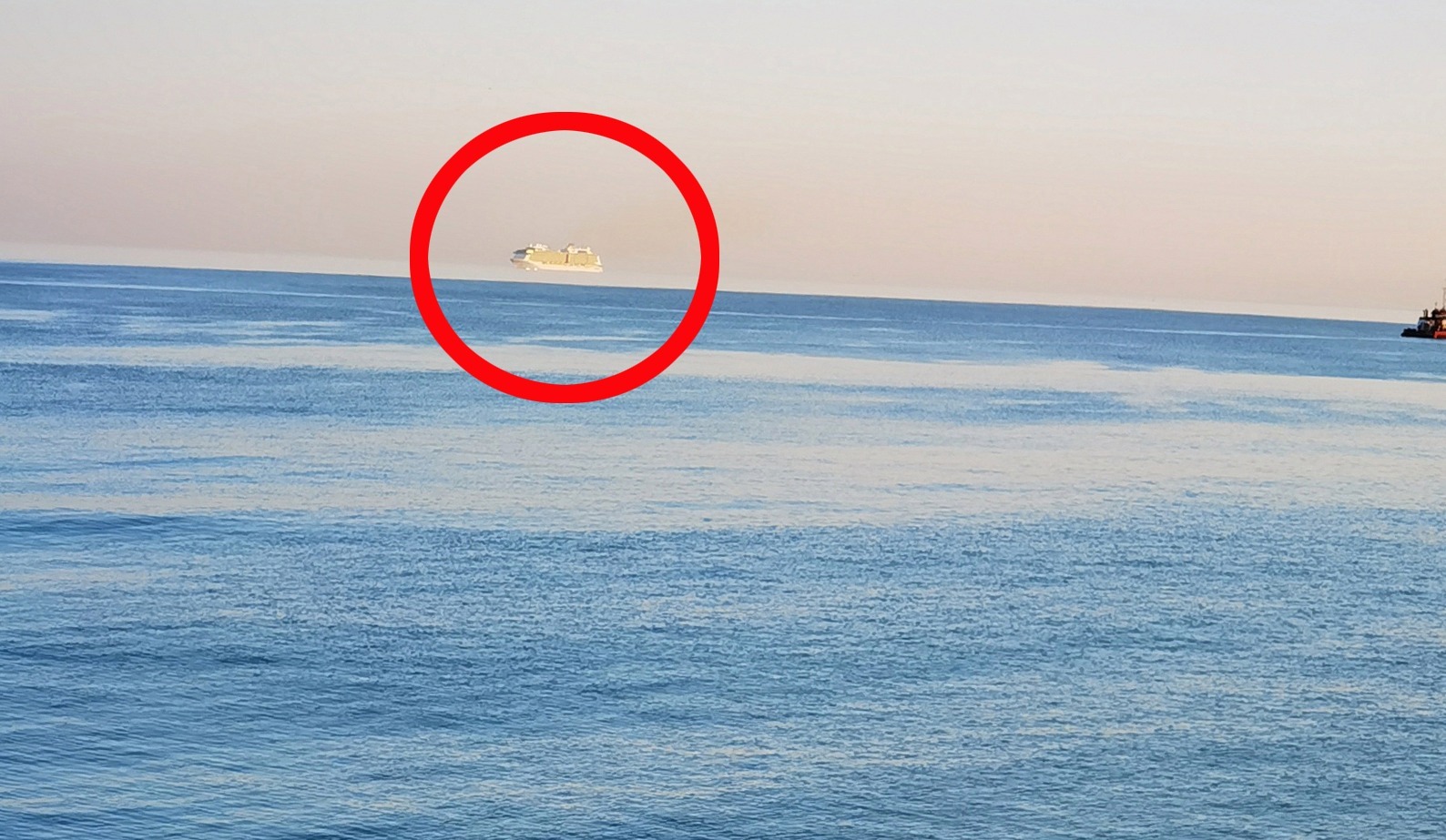 Although the phenomenon can occur on land, they are more common at sea because water helps to form the cool air layer required.

"A rare and complex form of mirage in which horizontal and vertical distortion, inversion and elevation of objects occur in changing patterns.

"The phenomenon occurs over a water surface and is produced by the superposition of several layers of air of different refractive index."

BBC meteorologist David Braine said the phenomenon is caused by conditions in the atmosphere which bend light.

"Superior mirages occur because of the weather condition known as a temperature inversion, where cold air lies close to the sea with warmer air above it," he said.

"Since cold air is denser than warm air, it bends light towards the eyes of someone standing on the ground or on the coast, changing how a distant object appears."

The mirage takes its name from Morgan le Fay – a sorceress from Arthurian legend – said to use her witchcraft to lure unwitting sailors into her traps.

The mirage is thought to be the reason for sightings of the Flying Dutchman, a 17th century "ghost ship" doomed to sail the seas forever.

Eurostar warns British passengers not to travel to Paris