A 48-year-old man from Minnesota is facing up to 80 years in prison after killing his wife and then opening fire on his next-door neighbors. CBS Minnesota reports that a 12-year-old girl was shot in the head during the encounter.

According to a report from the Hennepin County Attorney’s office, officers were called to an address in Bloomington, Minnesota on late Sunday evening after multiple reports came in about gunshots being fired inside of a home. As they arrived, more gunshots rang out. When they approached the house’s detached garage, they found the man’s wife, 47-year-old Angela Lynn Mesich lifeless with obvious shots to the neck and upper torso.

They found the suspect, Jason Mesich in the basement of his Minnesota home following a standoff. The gun owner subsequently surrendered to police, without injury, after shooting off an estimated 40 rounds while authorities were on the scene.

After apprehending Mesich, officers learned that he had also opened fire on his neighbors. A 29-year-old woman, her 12-year-old sister and their mother were all shot, according to a GoFundMe set up for the shooting victims.

Makayla, 12 was shot in the head. She is in critical condition as of Tuesday, but heavily sedated and on a respirator. Canisha was shot several times in the legs and left hip, and is in serious condition. She has a stint in her leg and is receiving physical therapy to learn to walk again. 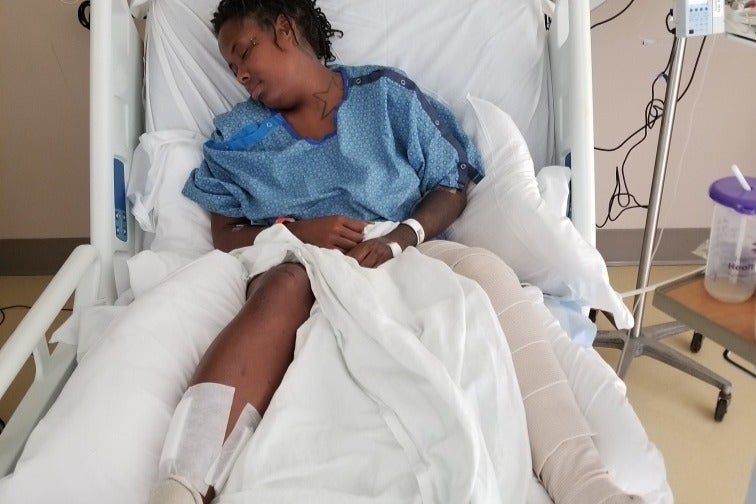 The fundraiser created in their name says the Makayla and Canisha were moving out of their Bloomington, Minnesota home on August 30, 2020 when Mesich began firing rounds at members of the family.

According to CBS Minnesota, when asked about shooting the sisters, Mesich told police that they were not “good neighbors,” and that “he hated all children.”

Investigators found several guns and hundreds of rounds of ammunition inside of Mesich’s home. He is currently being held at the Hennepin County jail.

5 Victims of Molson Coors Shooting Identified: 'They Were Fathers and They Were Friends'