THE mom of a Marine killed in the deadly suicide bombing in Afghanistan last month has made it clear that President Joe Biden is not welcome at her son’s funeral.

Instead, Shana Chappell has invited former President Donald Trump to attend the memorial service for her son, Kareem Nikoui. 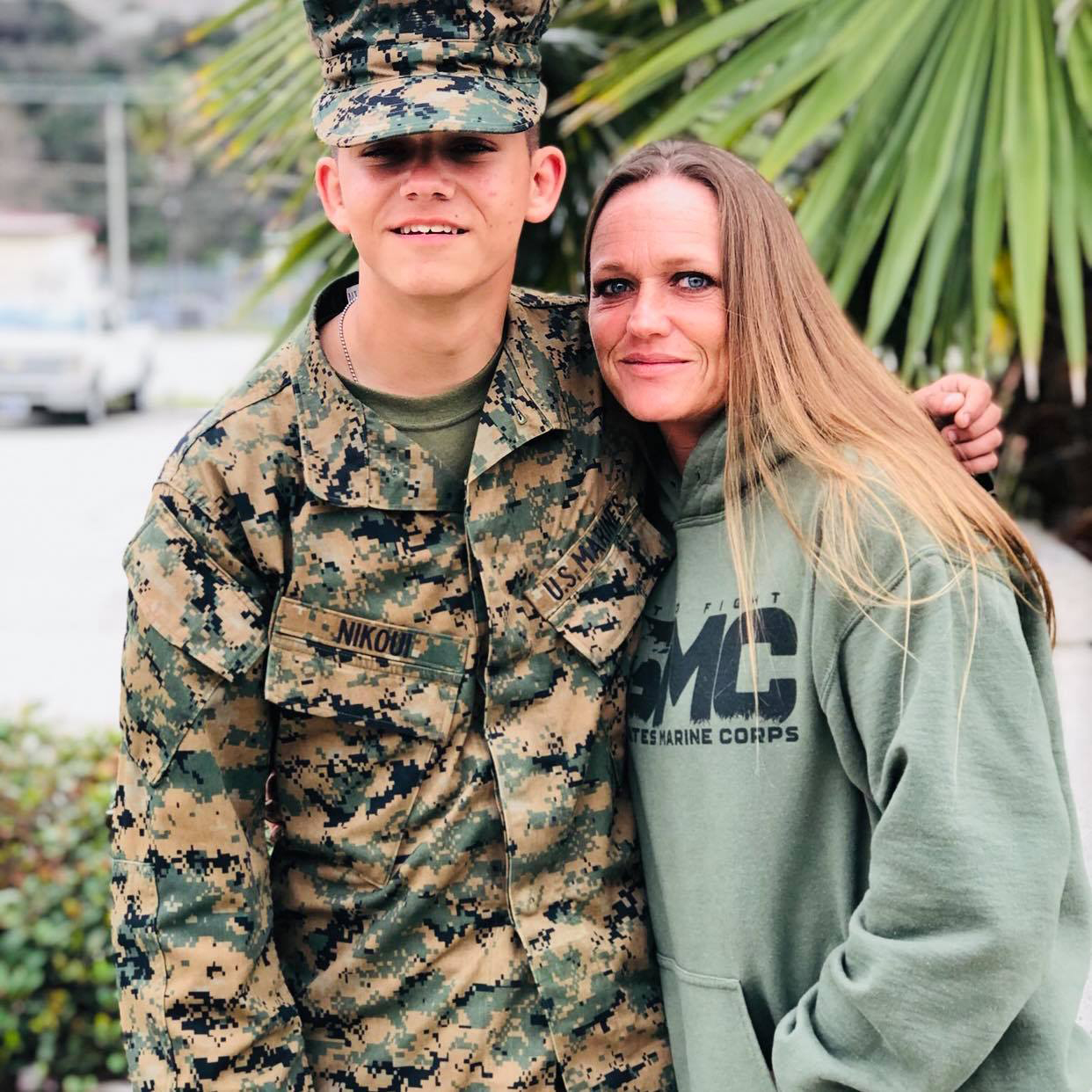 Chappell and Trump carried out an indirect correspondence in a series of social media posts and website updates this week.

After Chappell expressed disdain for Biden on her own Facebook and Instagram accounts, Trump responded in support of Chappell on his official webpage.

"I would love if somehow my President (you, Mr. Trump) could be present," Chappell wrote.

Later, on Instagram, Chappell announced that services for her son will be public. Nikoui’s funeral is scheduled for September 18, at Harvest Christian Fellowship in Riverside, California.

Chappell has expressed much disdain for Biden, accusing him of being a "weak human being" and a "traitor."

“You turned your back on my son,” Chappell wrote in the open letter to Biden, adding, “My son’s blood is on your hands.”

Trump responded to Chappell’s viral screed, arguing that a second term of his presidency would’ve prevented the deadly attack in Kabul.

In an August 31 post on his website, Trump wrote, “Shana, you are 100% correct. If I were President, your wonderful and beautiful son Kareem would be with you now.”

Chappell’s comments follow Biden’s visit to Walter Reed Hospital, where troops wounded by the Kabul bombing are being treated.

Biden’s visit to the hospital caused upset for families of military members, as did his presence at the transfer ceremony in Delaware for those troops who did not survive the attack.

Nic Haros Jr, the son of a 9/11 victim, has told Biden not to visit Ground Zero on the upcoming 20th anniversary of the attack.

Haros Jr lost his mother, Frances, in the deadly attacks on the World Trade Center. He called Biden’s presence at 9/11 memorial sites “shameful” in an appearance on Fox News.

Biden is expected to travel with First Lady Jill to three memorial sites on September 11.

First, the pair will pay their respects at Ground Zero in New York City, then visit the Pentagon, and finally the memorial outside Shanksville, Pennsylvania, where United Flight 93 was forced down, the White House said Saturday. 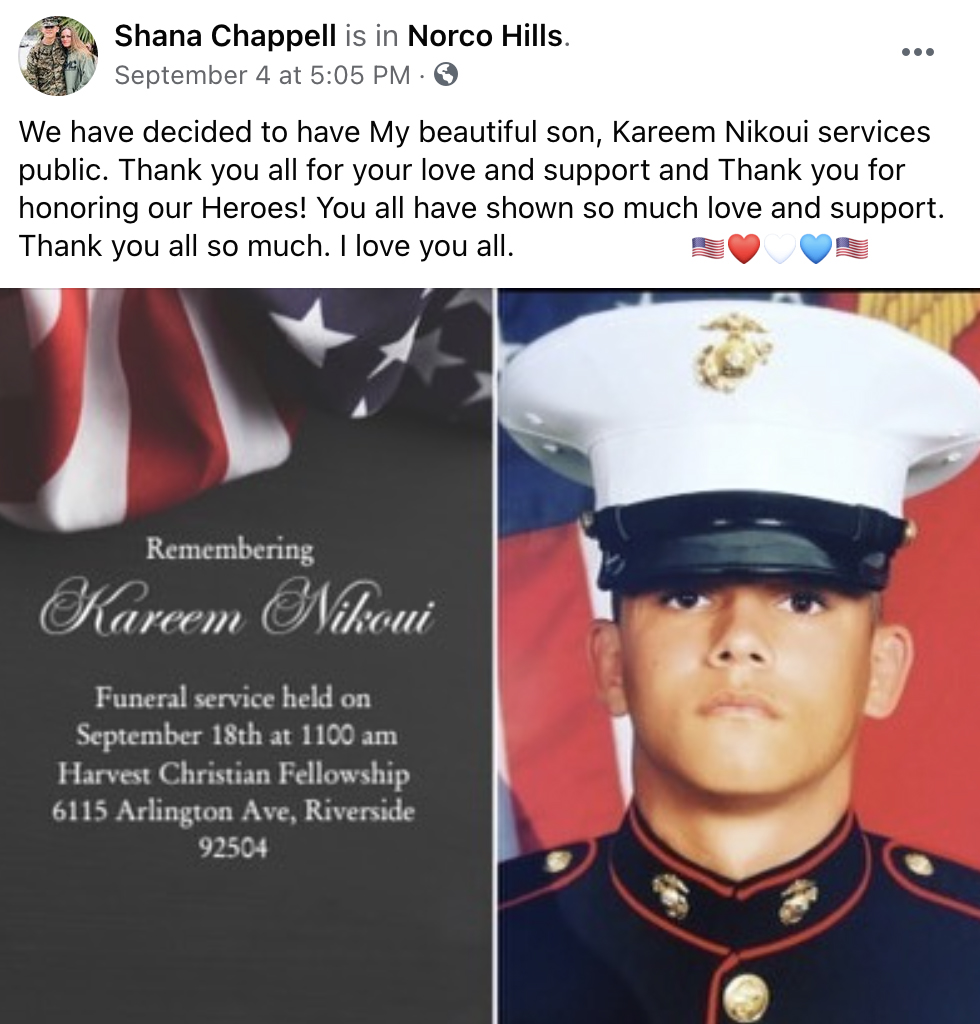