I’m so yappy to see you! Adorable moment American soldier, 24, is reunited with his very excited dog who can’t stop licking him after 10 months apart

This is the adorable moment an American soldier was reunited with his very excited dog who cannot stop licking him after they spent 10 months apart.

It was the longest time Curtis had been apart from Yondu, as a solider in the Army National Guard Infantry.

The 24-year-old had left when Yondu was only an 8-month-old puppy and before, had only been away for three to five weeks at a time. 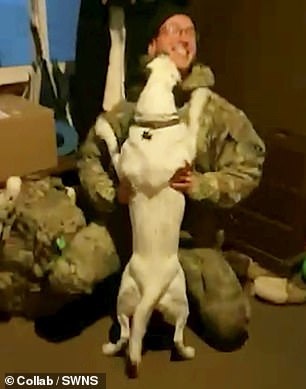 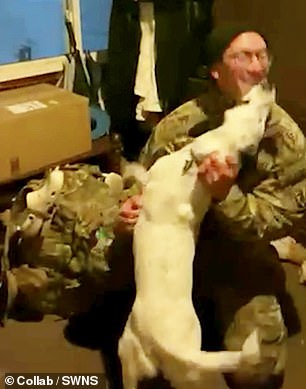 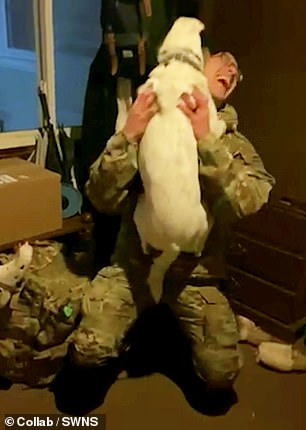 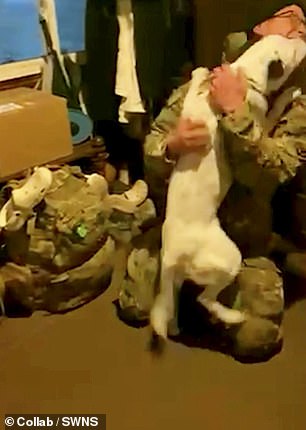 Curtis, 24, had been apart from Yondu for 10 months, the longest time he had ever been away from home, as a soldier in the Army National Guard Infantry

Mina described their beloved pooch as a ‘people person’ who loves anyone that he comes across.

The 27-year-old, who works in admin at an Orthodontics practice in Connecticut, said that Yondu had not left her side while her husband was away.

She added that their reunion made her cry tears of joy because the pup remembered Curtis and was over the moon to see him. 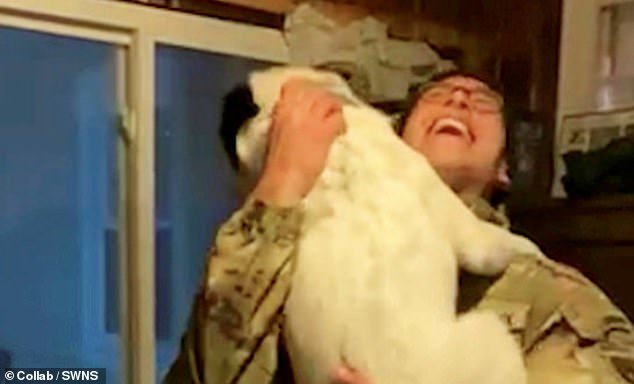 Before that, the 24-year-old had only been away from his 27-year-old wife and their pooch for three to five weeks at a time 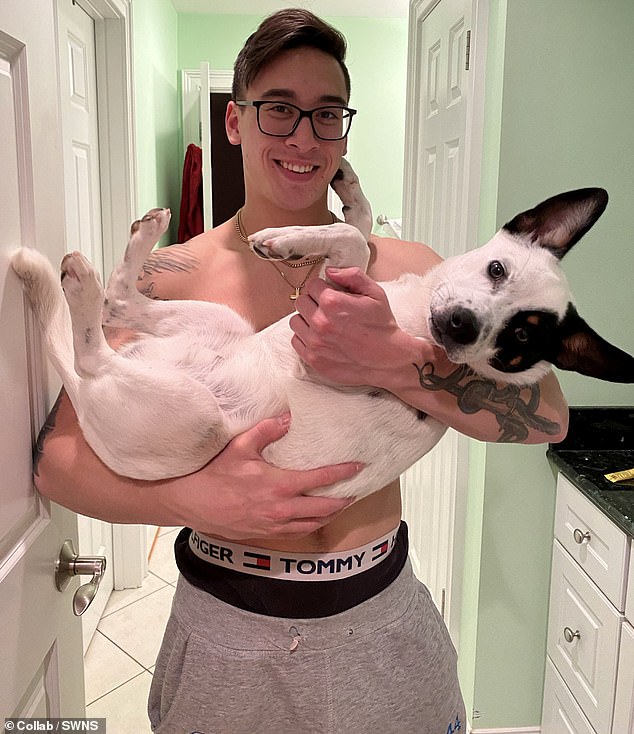 Curtis left when Yondu was only eight months old. Pictured: Curtis holding Yondu in his arms

‘I honestly could not stop crying when I saw my dog and my husband finally reunited. I think I cried more at their reunion than I did at my own reunion with him.

‘In the video, you can hear Yondu literally squealing with excitement whilst he waits for Curtis to pick him up.

‘He kept whimpering, running away, then jumping on him again but we didn’t mind at all.

‘Curtis and I were just so relieved and thankful that Yondu remembered him. 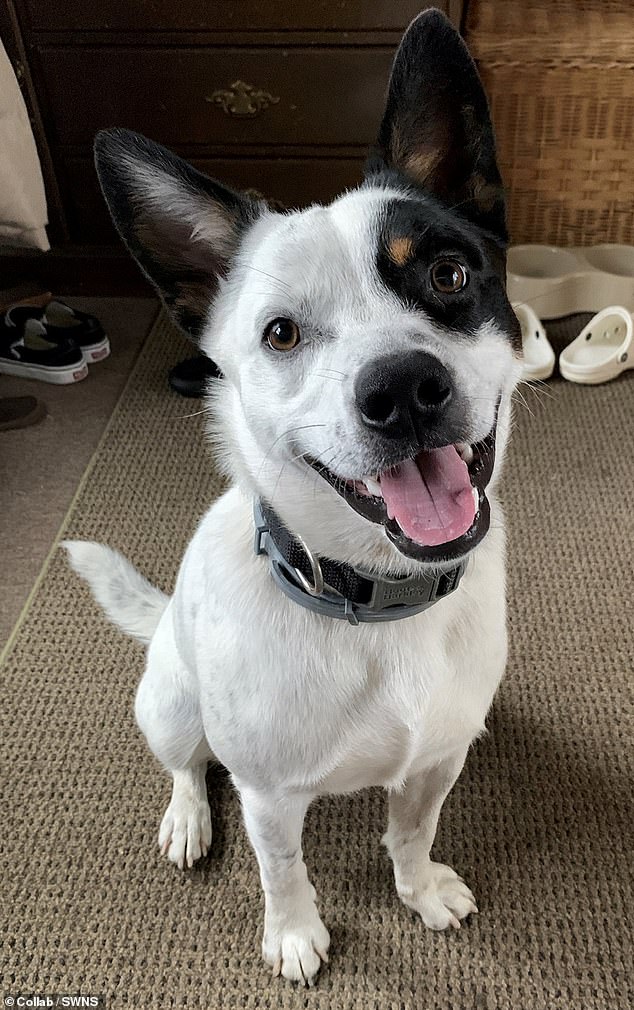 Mina said that the dog, pictured, had not left her side while her husband was away from her

Piers Morgan: TV's fearless firebrand who refused to be gagged