SHOCKING footage captured the moment a driver slammed on his brakes so a cyclist crashed into the back of his car – in an apparent bid to make his pal laugh.

The crash was so fierce, the cyclist appeared to be wedged on the car's roof for a brief second. 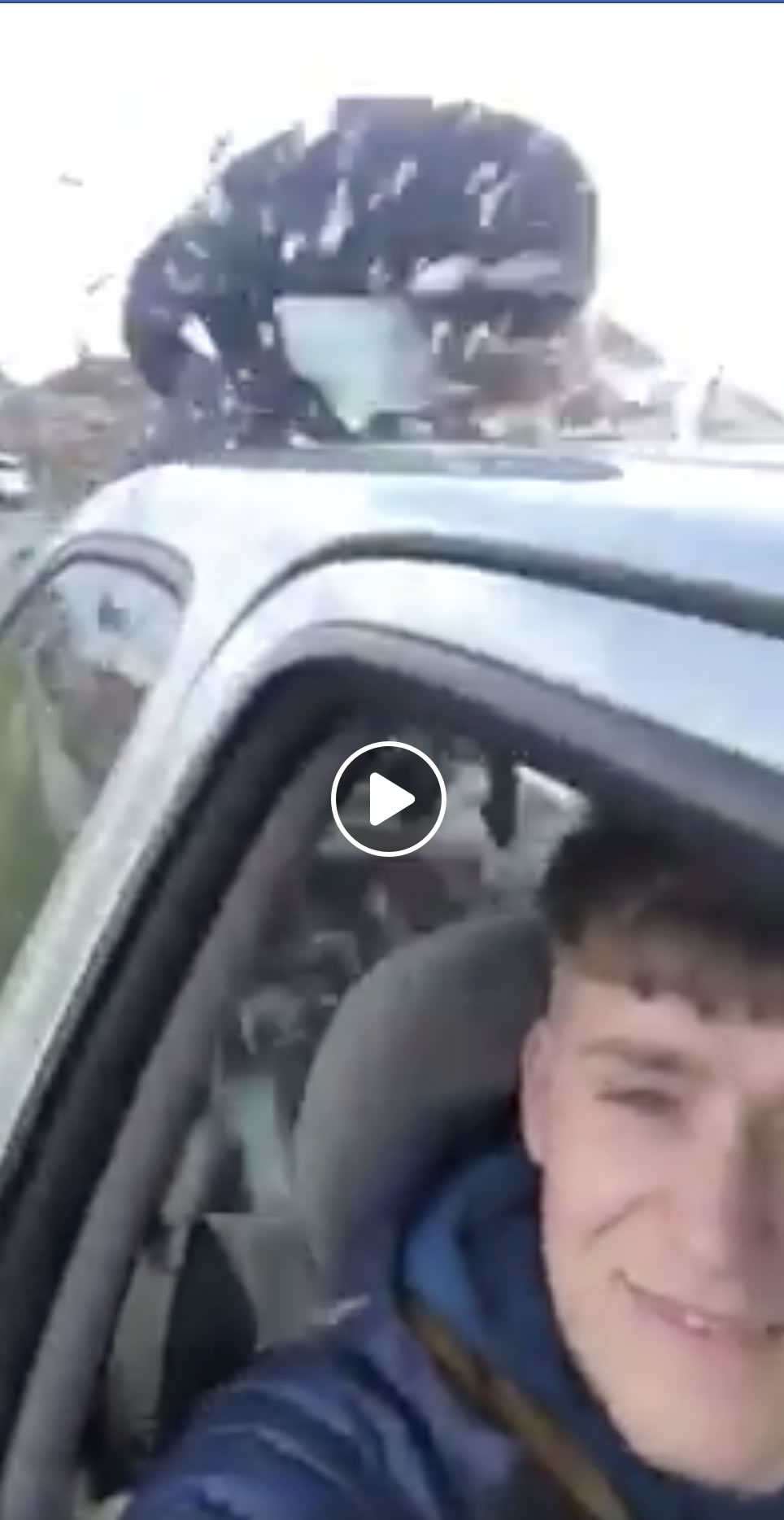 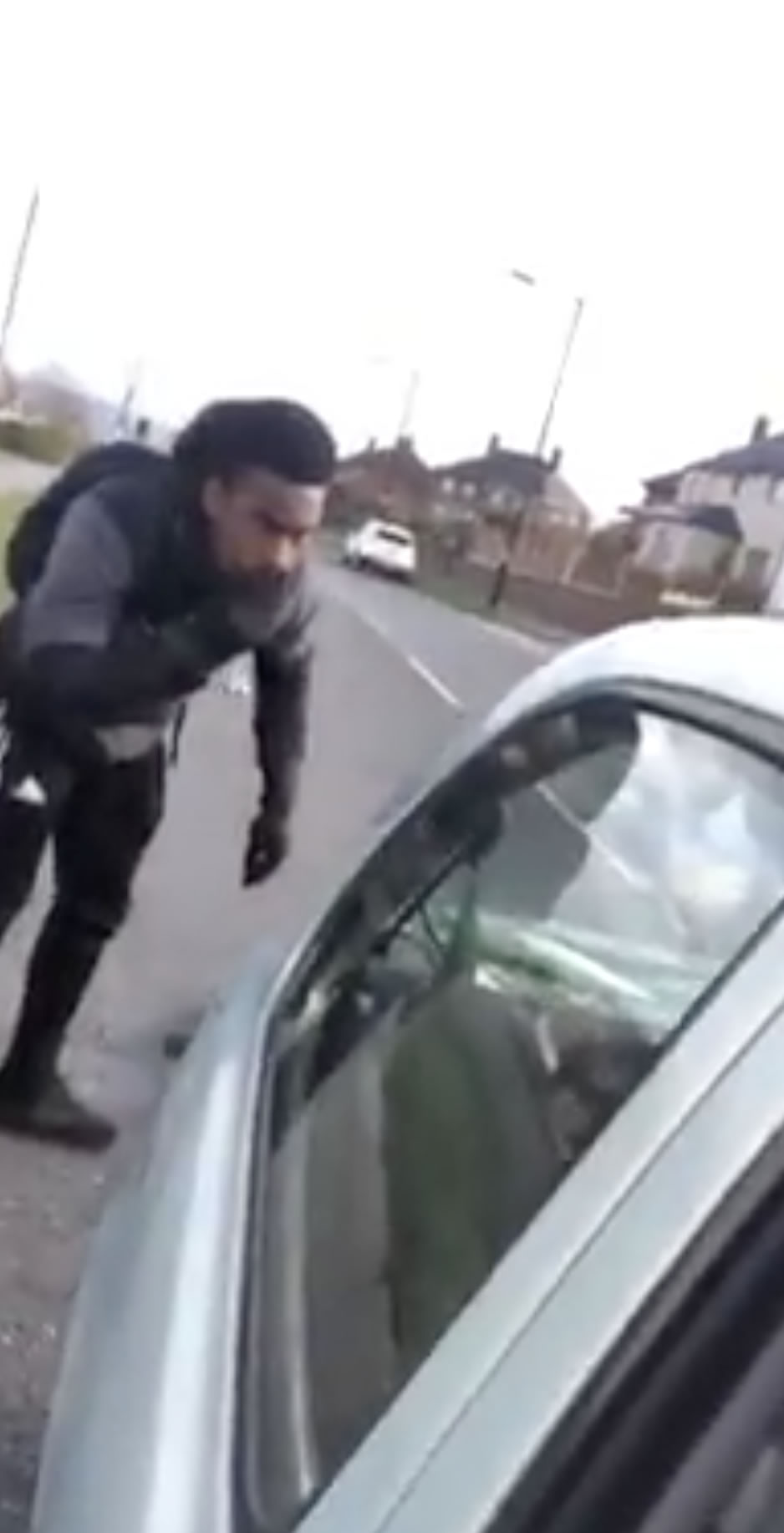 The video starts with the driver's friend, sitting in the front passenger seat, filming the young biker riding along a pavement, before he makes a sharp turn on to the road.

He can be heard muffling to the driver, "c'mon, c'mon", as the rider paces down the road behind them.

As the cyclist comes closer, the passenger in the car smiles in the video, before the rider crashes into them.

The back window smashed into pieces as the lad's bike flew to the ground.

He was left holding onto his knees for support, before he began to hold his mouth which appeared to take a blow.

'HOW IS THIS FUNNY?'

He screamed "yo!", and the pari in the car mimicked him, as they tried their best to not continue laughing.

The cyclist then screams, "what you doin'!", before the driver shouts over him, "you all right?".

It is not clear when the video was taken, but it has been shared thousands of times on Facebook.

And it appears to have divided the social network with some users finding it hilarious, and others left infuriated.

One Facebook user commented: "Someone please explain to me how this is funny?"

Another added: "I would have slapped the s*** outta them both! Especially if I seen that camera lol"

But one user mocked his friend, saying: "This is [you] on your way to work this morning! aha" 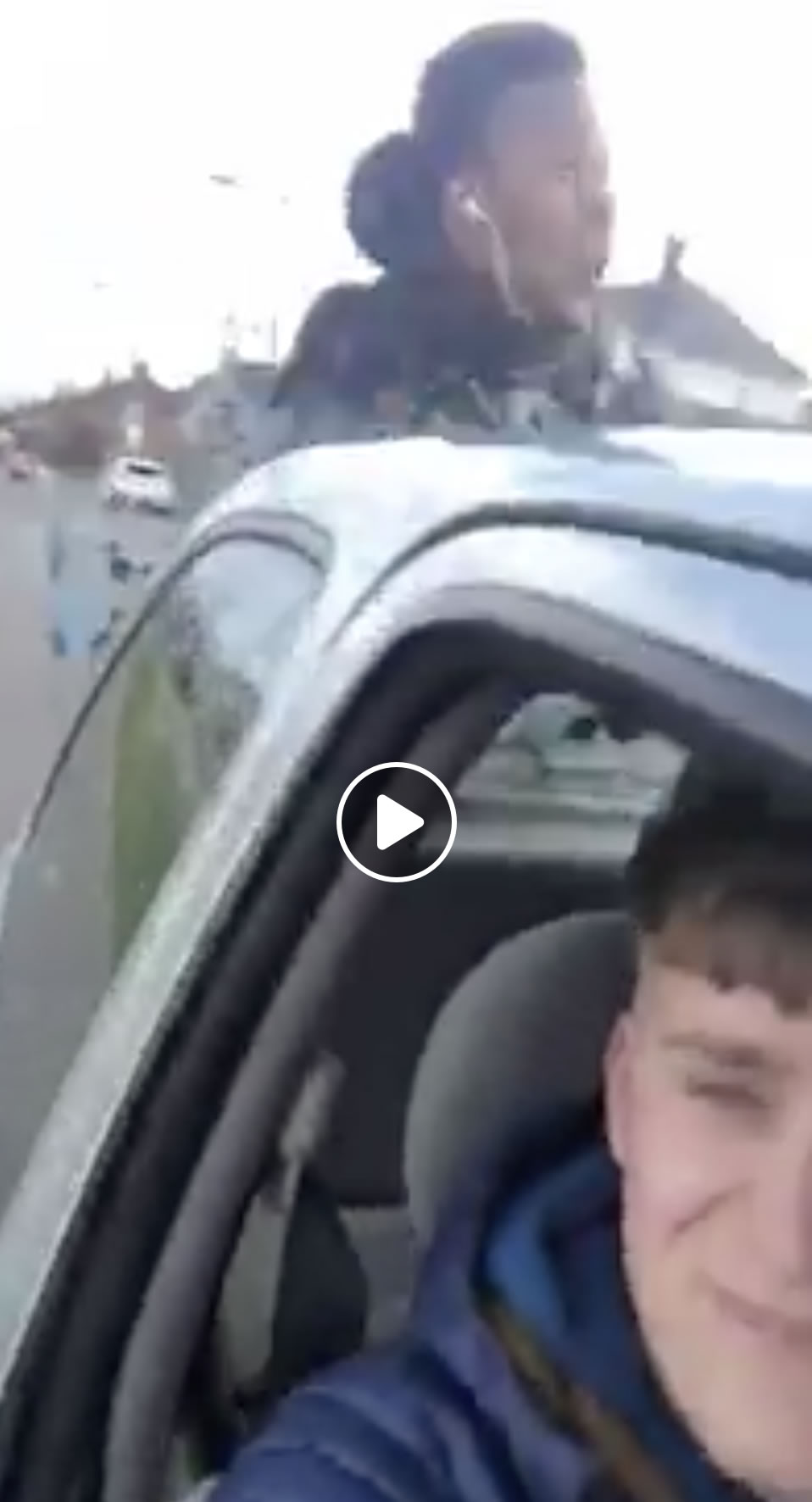 Transgender people in China turning to grey market for hormones

Suspect arrested in connection to Denver church break in a burglary