SHOCKING footage has emerged of the huge brawl which saw a man "slashed" with a knife and a total of seven people injured in a restaurant in West London this morning.

The terrifying brawl – which turned into a knife fight – was filmed inside Dawat Restaurant on The Broadway, Southall this morning. 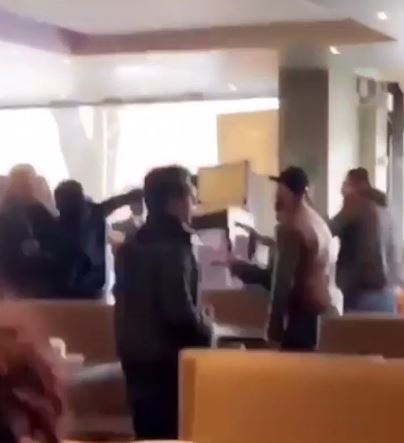 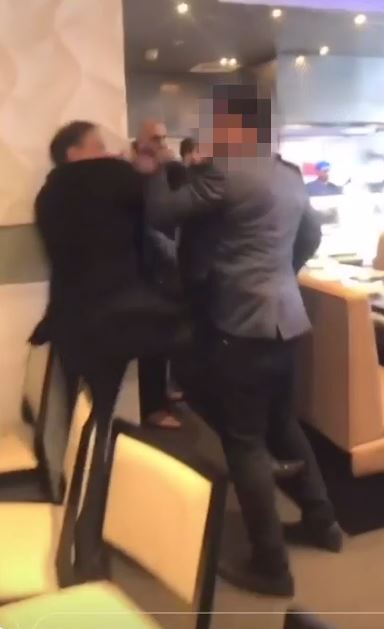 Police were called to The Broadway shortly after 11am and found a man in his 20s with a slash injury, who was taken to hospital.

Two people have been arrested after a fight broke out between two groups of people, according to the police.

Paramedics said they treated seven people for injuries and took three of them to hospital.

The horrifying footage was filmed by a woman who was eating inside Dawat restaurant with her mother and sister this morning.

In the clip, the men can be seen punching each other and throwing chairs across the restaurant. The woman – who filmed the footage – recounted how the brawl became so violent that she was forced to hide in a toilet with her family and restaurant staff.

The individual – who wishes to remain anonymous – said she was terrified by the brawl that ensued in the restaurant.

She said: “I was in there my mum and my sister for a venue booking, having a normal conversation with the staff member, then in the space of two minutes this ruckus was created.

“It started off as a face to face argument so we thought it would be a minor dispute. Next thing, there’s chairs and plates from every table being thrown around the place.

Attacking like animals, smashing the glasses on each others faces, scratching and hitting, next thing you know one guy brings out a rod

“Horrendous attacking like animals, smashing the glasses on each others faces, scratching and hitting, next thing you know one guy brings out a rod.

“That’s when my heart dropped and I felt proper fear”.

The witness explained that the brawl became so terrifying that her family and the restaurant staff were forced to hide in the toilets.

She said: "We hid in the toilets along with another staff member, called the police with loss of breath. I felt extreme terror. It was a nightmare to watch.”

It is unknown why the violent fight started.

An initial statement from Ealing Police, posted on Twitter, said they thought "two groups were involved" and one young man had suffered a "slash injury".

The London Ambulance Service spokeswoman said: “We were called at 11.14am this morning to reports of an incident on The Broadway, Southall.

“We sent three ambulance crews to the scene and an incident response officer."

The Met Police confirmed to The Sun Online that the incident was not being treated as a hate crime.

Local MP Virendra Sharma wrote on Twitter: "Saddening news from Southall Broadway, I have been in touch with the police for an update on local safety."

The events in Ealing come as police and ministers attempt to face down a knife crime "epidemic" following a spate of fatal stabbings.

Last week we reported how an eight-year-old girl took a knife into a primary school and threatened to stab a cop in the heart.

It comes as Britain battles a knife crisis with more than 40 people stabbed to death across the country so far this year – including 12 in just two weeks.

Teens Jodie Chesney and Yousef Makki, both 17, were stabbed to death in a devastating weekend of violence earlier this month.

Last year more than 21,000 offences of possessing or making threats with blades or offensive weapons resulted in a conviction or caution in England and Wales. One in five of the culprits was aged under 18.

The statistics also showed that almost two-thirds of cases did not result in an immediate prison term.

However, the Government insists offenders are now more likely to go to jail for knife or offensive weapons crimes. 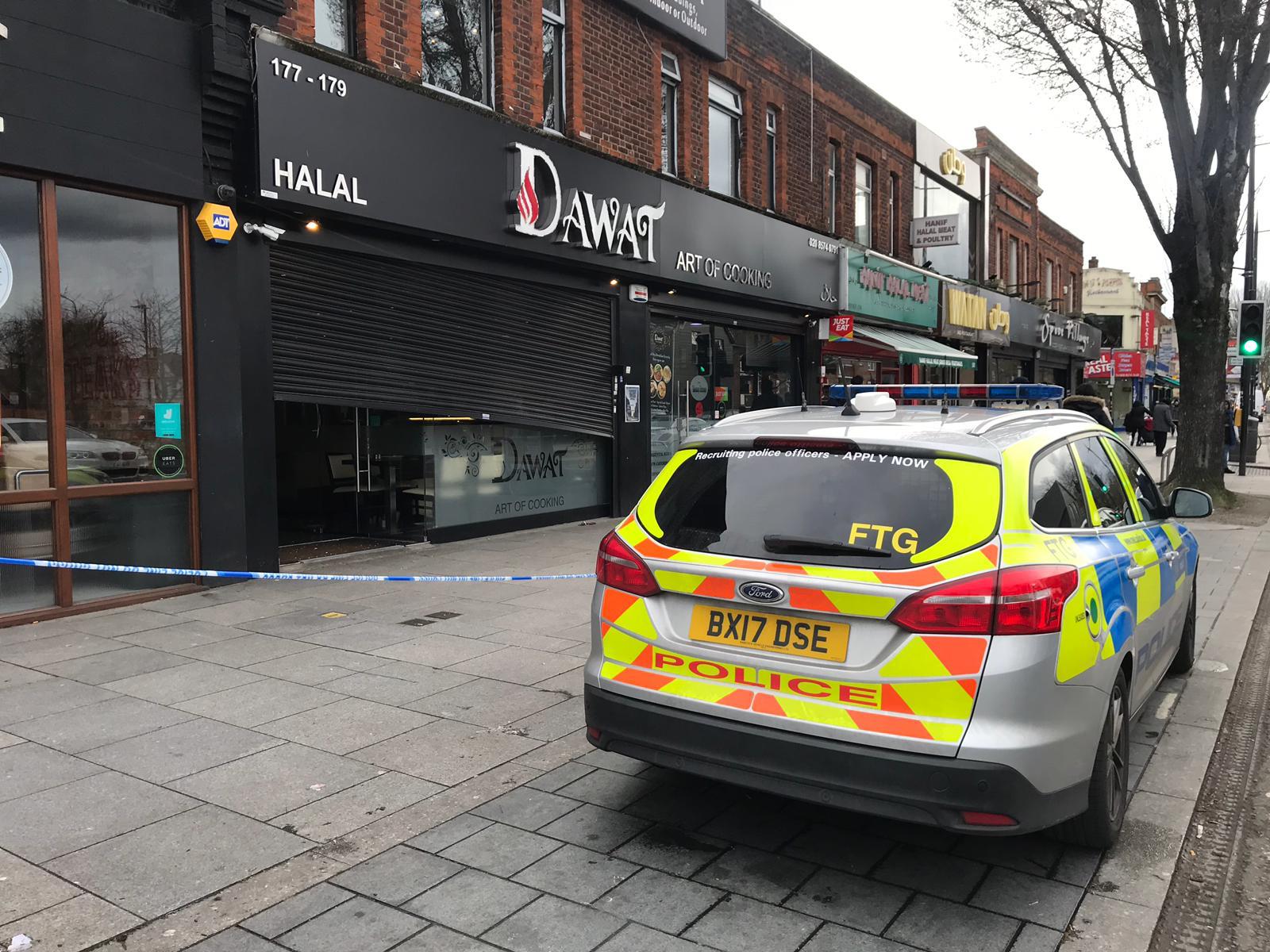 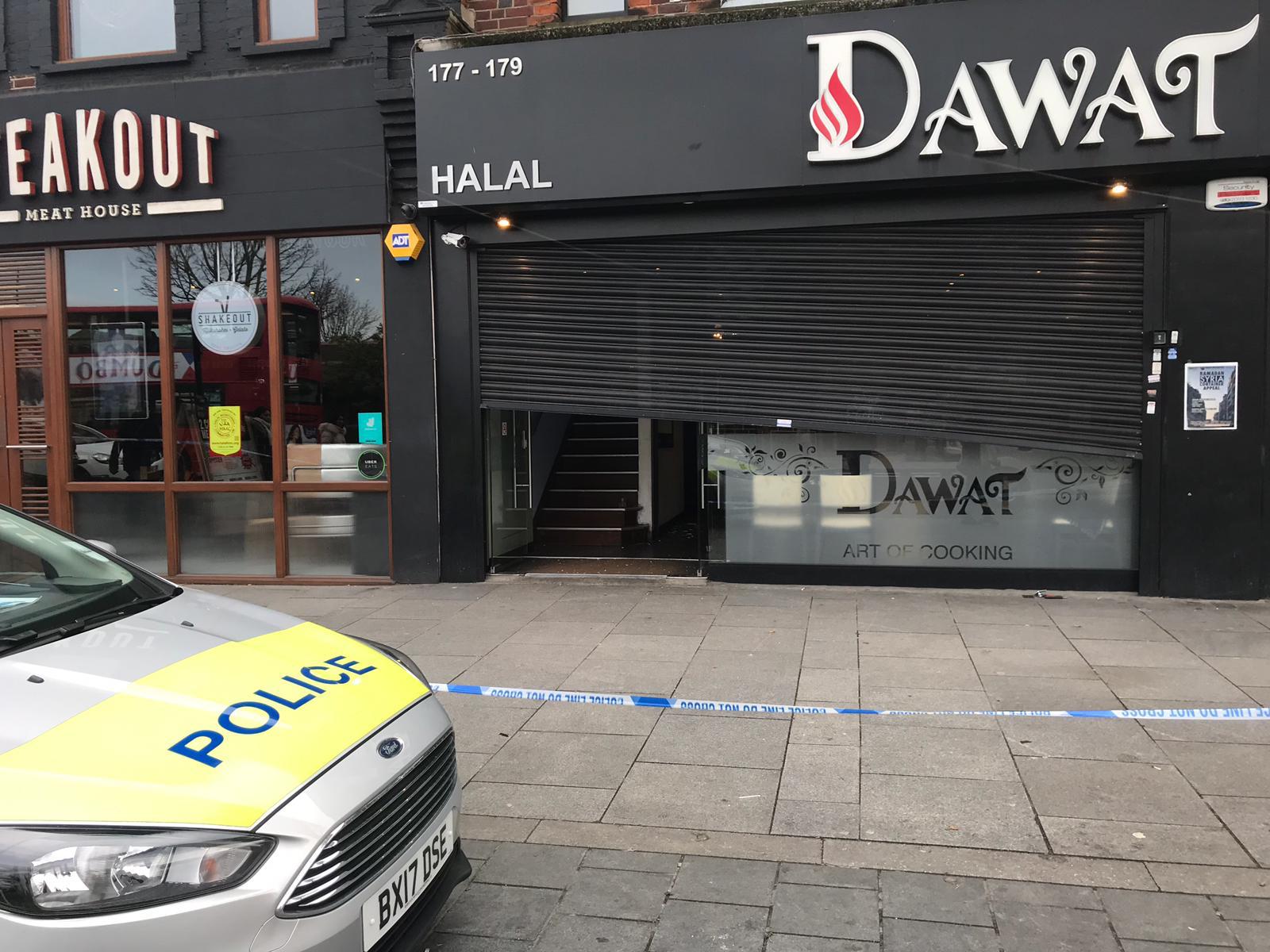 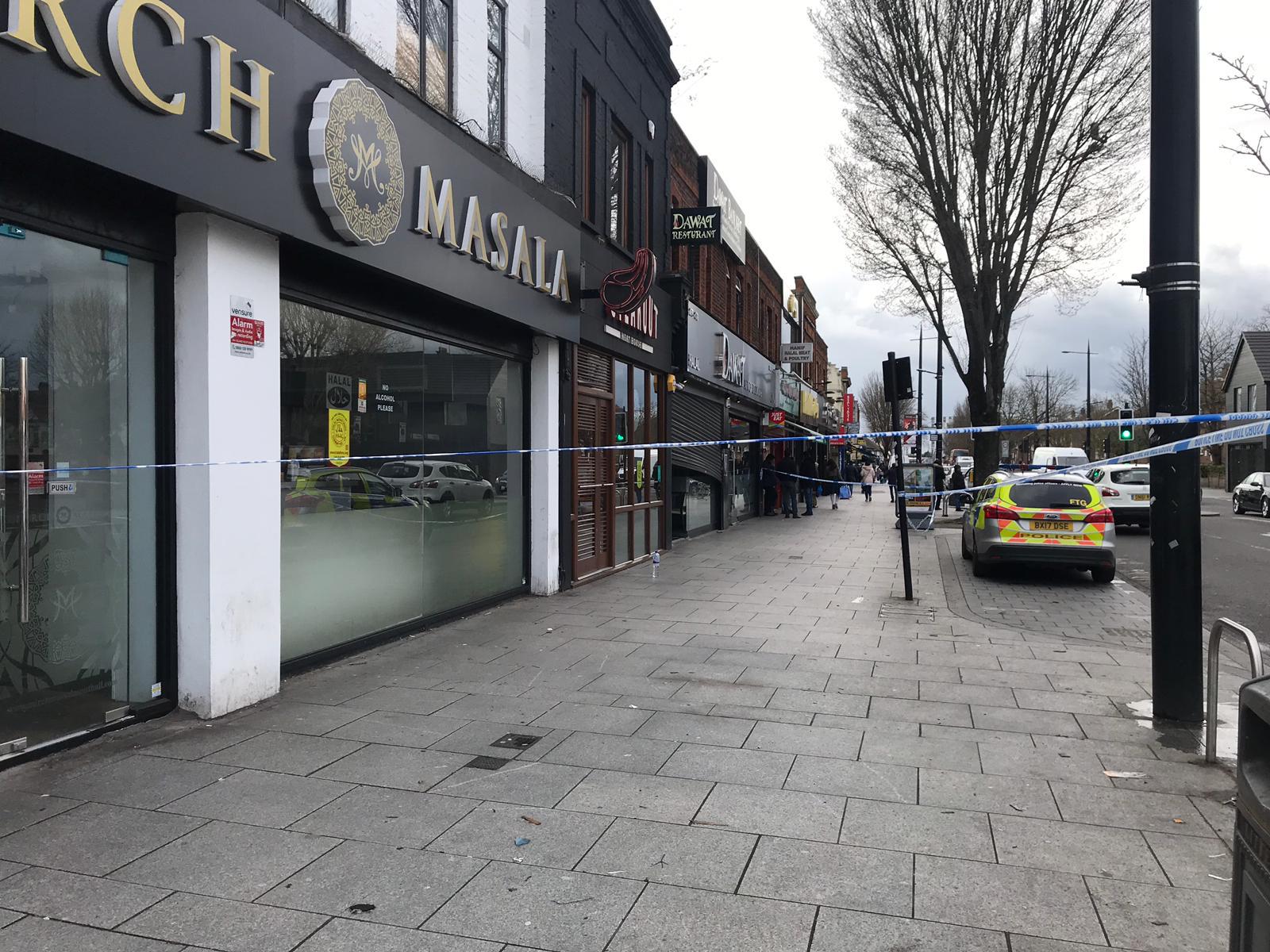 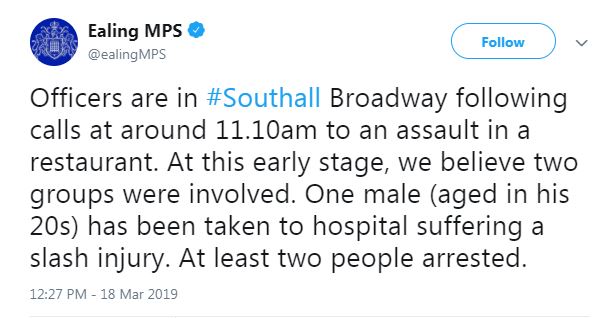 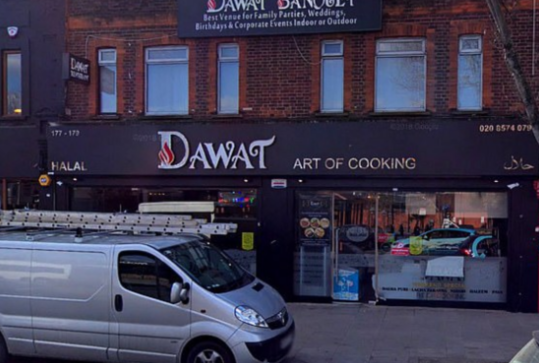