This is the amazing moment a large moose seemingly crosses an Alaskan river by ‘walking on water’.

The footage was captured by Kristy Paniptchuk as she was cruising down the river on her small boat.

The large animal crosses the small vessel’s bow while running across to the other side through the shallow water. 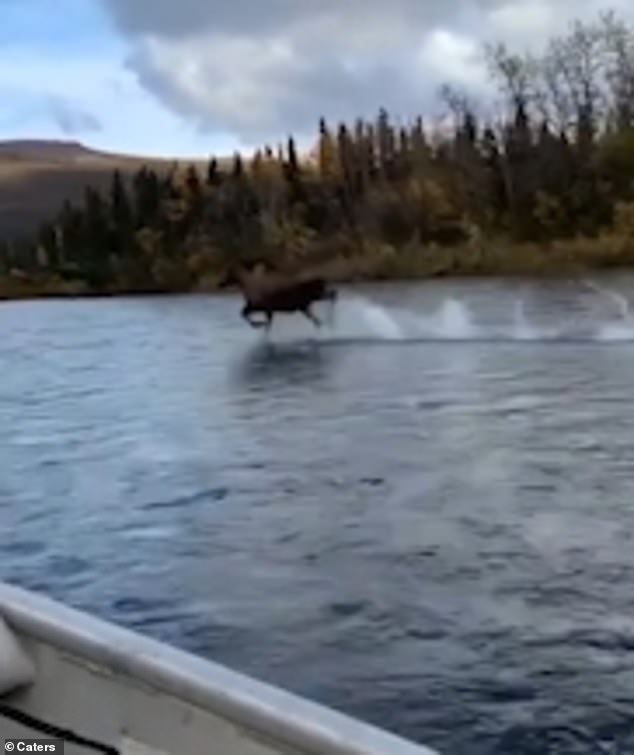 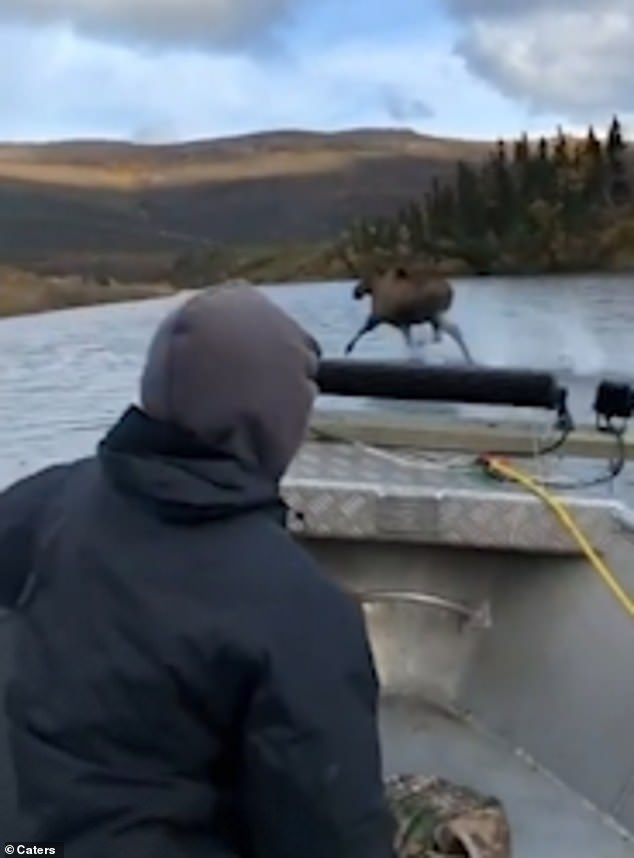 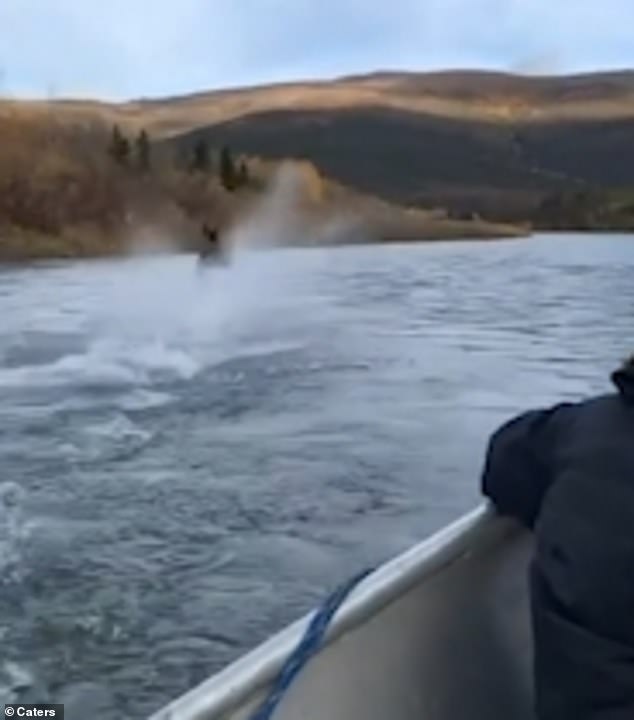 According to Ms Paniptchuk, the video is not a fake and the moose was crossing the river to get up stream. She said she was using a river boat with jet motor.

She said the water was only about five inches deep in the middle of the channel where she was sailing.

One social media users said: ‘That moose learned to control her chakra.’

Another suggested the animal was ‘Jesus Moose’, though many Alaskans use boats with incredibly shallow draughts to allow them to use the many tight, narrow waterways in the state.

To enable them to use the shallowest streams, many owners have boats using water jets rather than traditional propellers, which are at risk of being damage if they strike the bottom.

The jet propulsion systems suck up water from underneath the boat and shoot it out at high pressure from the rear. The jet head allows tremendous manoeuvrability.

The flat-bottomed boats are ideal for shallow rivers and sheltered lakes but are dangerous on open water.

Skeptical social media users were unsure the video was real with some suggesting there was a ‘glitch in the matrix’.

Others claimed divine intervention with claims the animal should be named Mooses – after Moses who parted the Red Sea.