More than a hundred people, including pregnant women and small children, have reportedly been killed by an ethnic militia in Mali.

Armed men dressed as traditional Donzo hunters assaulted people in the central villages of Ogossagou and Welingara, the mayor of the nearby town of Bankass, Moulaye Guindo, told Reuters.

The village chief of Ogossogou and his grandchildren are said to be among those slain in the ethnic Peulh community.

Islamic extremists have been growing in prominence in central Mali since 2015. 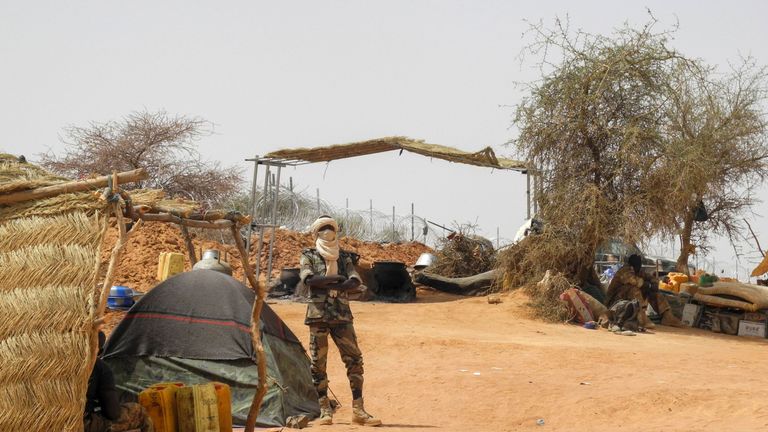 Militants from the Dogon ethnic group have been blamed for scores of recent attacks, according to Human Rights Watch.

A group called Dan Na Ambassagou is said to comprise a number of self-defence organisations from Dogon villages and others.

Members of the Dogon grouping have accused Peulhs of supporting jihadists linked to terror groups in the country’s north and beyond.

If the death toll is confirmed, this latest attack will be the worst of recent times.

It took place as a UN Security Council mission visited Mali to find solutions to the violence.

The UN mission confirmed reports of an attack but did not give figures on the number of dead.

The destabilisation of the region is damaging tourism.

Mali’s Dogon country, which boasts dramatic cliff landscapes and world-renowned traditional art, once drew tourists from Europe who hiked through the area with local guides.