Home » World News » More than 90,000 travel sector jobs 'lost or at risk because of Covid'

More than 90,000 jobs in travel sector have been lost or at risk because of Covid crisis, industry chiefs warn as they urge government for help

More than 90,000 travel sector jobs have been lost or placed at risk since the coronavirus crisis started, the association of travel agents and tour operators has said.

ABTA has written to Chancellor Rishi Sunak asking for Government measures to support businesses, warning that the job situation in the industry had reached a ‘critical point’ due in part to restrictions brought in to control the outbreak.

The travel association warned that around 39,000 jobs have already been lost or placed at risk across the outbound travel sector since the pandemic started – with the figure rising to more than 90,000 when supply chains are also considered.

A survey of ABTA members, published this morning, found 18% of jobs in outbound travel had already been lost or placed at risk, but 78% of businesses yet to enter redundancy conversations were expecting to do so in coming months based on current trading conditions. 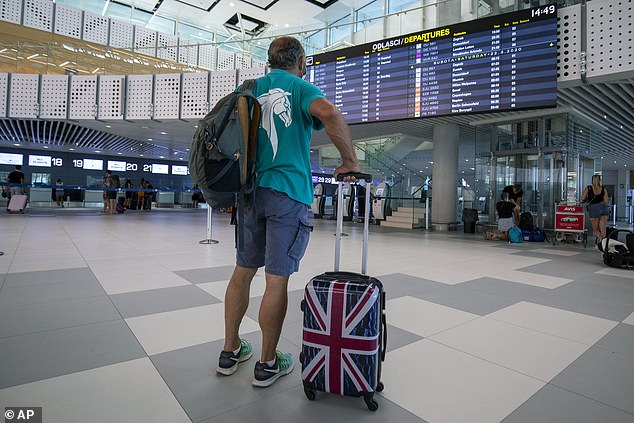 ABTA said there was optimism that the travel industry can recover if offered the right support by Government (pictured: A passenger at the airport in  Split, Croatia, August 21)

The group is calling on the Government to adopt a ‘regionalised’ approach to quarantine rules and use the Autumn Budget to announce an air passenger duty holiday covering summer 2021 to incentivise people to book holidays.

ABTA has warned that around 39,000 jobs have already been lost or placed at risk across the outbound travel sector since the pandemic started – with the figure rising to more than 90,000 when supply chains are also considered.

Listed below are the number of jobs lost or placed at risk that have been declared publicly:

He added: ‘With the Government’s stop-start measures, the restart of travel has not gone as hoped for the industry, and sadly businesses continue to be adversely affected and jobs are being lost at an alarming rate.

‘Coming towards the end of the traditional period for peak booking, we have hit a critical point as existing Government measures to support businesses begin to taper off, the consequence of which, according to this survey of ABTA members, will be ruinous for more people’s livelihoods.

‘Travel desperately needs the Government in its next review to provide tailored support or tens of thousands more jobs will be lost.’

His comments come days after student travel firm STA Travel UK ceased trading, claiming it was left with ‘no choice’ following the impact of the coronavirus crisis on tourism.

The travel agency, which specialises in package tours for backpackers and young people, has more than 50 stores across the UK.

STA Travel UK said in a statement on Friday that while it had taken measures to mitigate the impact of Covid-19, sales had not picked up due to ‘consumer uncertainties, further restrictions and renewed lockdown measures’.

Earlier this month the world’s largest tour operator TUI announced a £1.3billion loss after coronavirus shut down global travel – but said its bookings are up by 145 percent for summer 2021.

The company announced it slumped to a huge loss in the third quarter as the coronavirus pandemic ravages the global travel sector.

The German tourism giant, which had already announced job cuts and store closures, posted a bottom-line net loss of 1.42 billion euros (£1.3 billion) in the period from April to June.

In the same period a year earlier it booked net profit of 22.8 million euros.

The Hanover-based company had previously announced that it would axe 8,000 jobs worldwide to reduce costs 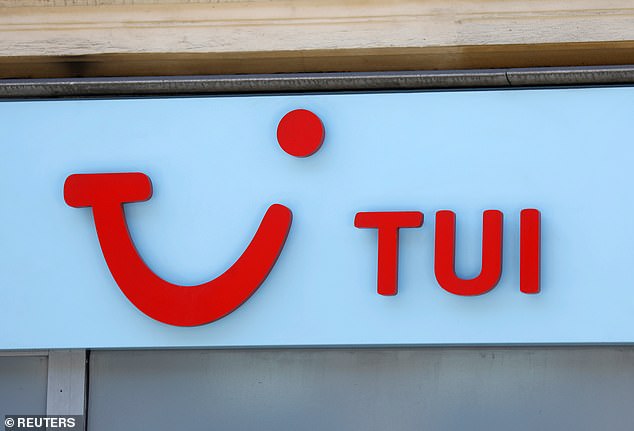 ABTA is calling on the Government to adopt a ‘regionalised’ approach to quarantine rules and use the Autumn Budget to announce an air passenger duty holiday covering summer 2021 to incentivise people to book holidays (pictured: TUI, 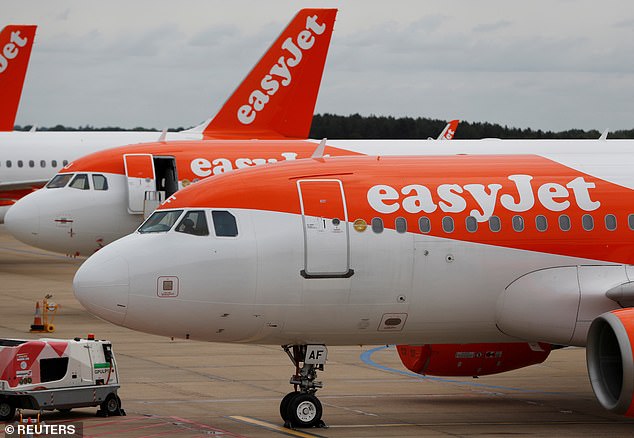 It was also revealed earlier this month that 4,500 jobs at easyJet were at risk worldwide

ABTA said that the Government’s job retention scheme had been a ‘significant’ help for businesses in the travel industry, with nine out of 10 businesses taking part in the scheme to support staff.

But 65% of businesses have either had to make redundancies or have started a consultation process, it added.

The travel association said there was optimism that the travel industry can recover if offered the right support by Government, with four in 10 businesses confident travel can return to 2019 levels by 2022.

But if the Government does not provide tailored support for the travel sector, 83% of firms estimate that it will have a ‘critical or serious’ impact on their business, Abta warned.

Abta also called on the Government to provide recovery grants, extend other business support measures into 2021-22, and give ongoing salary support.

Donald Trump says Twitter is interfering in the 2020 election