Mother-of-two, 51, with cancer dies just weeks before her 16-year-old son’s prom that she was determined to see

Tributes have been paid to a mum who has died after suffering from cancer at the same time as her sister.

Kerry Stephenson, 51, suffered from cancer of the breast, bone and liver for four years but died earlier this month, leaving behind her younger sister Donna.

Donna, 49, herself may just have weeks or months to live but is now preparing to say goodbye to her ‘determined’ sibling and friend who was alongside her every step of the way as they took on the disease. 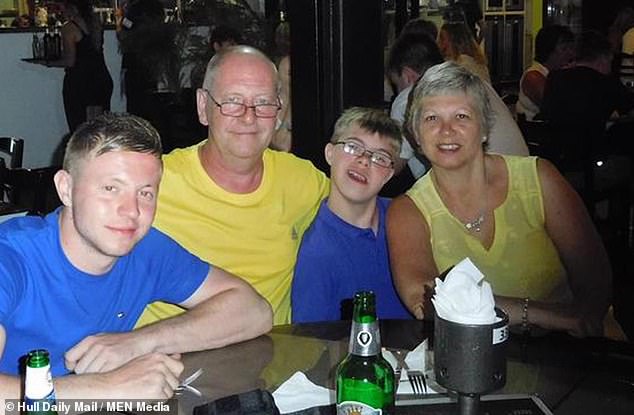 Kerry Stephenson, 51, suffered from cancer of the breast, bone and liver for four years but died earlier this month, leaving behind sons Lewis, 22, and Thomas, 16, and partner Ian

Kerry passed away after almost five weeks at Hull’s Dove House Hospice, where she was supported every step of the way by Donna, her mum Pat and partner Ian. Her sons Lewis, 22, and Thomas, 16, gave her the determination she needed to keep fighting.

At the end of March, they were told she had just ‘three weeks’ to live but she was determined to meet her baby great niece for the first time and see her youngest son Thomas in his prom suit.

Tragically, Kerry died on June 4. Thomas’ prom will take place on June 22, the day after his mum’s funeral.

Sister Donna said: ‘Kerry decided to have the chemotherapy because she wanted to be with us as long as possible and she has two children. Lewis is 22 and Thomas is 16. Thomas has Down’s syndrome so she knew Thomas was always going to need her. 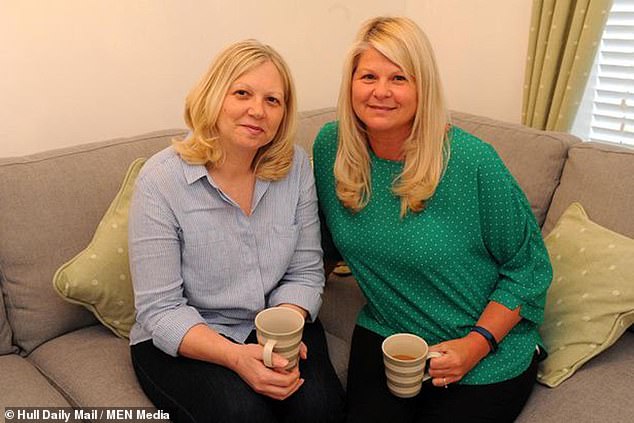 Kerry’s sister Donna, 49, may just have weeks or months to live but is now preparing to say goodbye to her ‘determined’ sibling and friend who was alongside her every step of the way as they took on the disease

‘They’re absolutely devastated and we’re all absolutely lost, especially them. She was with them every day. She did everything for him.’

Describing the impact it has had on Kerry’s younger son, she said: ‘He always told her he’d look after her and not to worry. He’s really affectionate.

‘It was the end of March, the consultant took me and Ian in. Kerry didn’t want to go in, and he told us she’d probably have three weeks.’

Donna admits she is ‘lost’ without her older sister who has been there for her throughout her fight.

She even says that Kerry felt guilty for taking up too much of her time as she went through end of life care at Dove House, meaning Donna was away from her own children in what could be the last months of her own life.

However, having the chance to go through the experience together was a real comfort to the pair.

‘We spoke about death, we spoke about everything and who would go first. It could have been either one of us. But as it happened, we saw Kerry deteriorate over the following weeks. Five weeks ago, she said to me “I think this is the end, I just don’t think I can carry on any longer”. We were like “you have to, you’ve got to keep going”,’ Donna said. 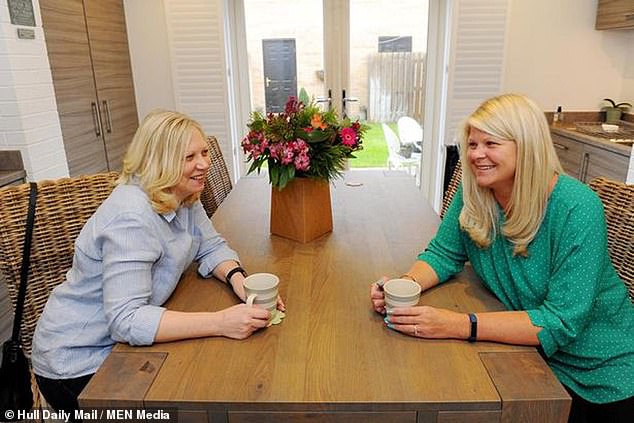 ‘We had some really nice times and memories in those five weeks. She knew it was the end. She knew she wasn’t going to get up and walk.

‘She felt guilty because I was with her. She said “you’re not well. You haven’t got long left and you’re spending your time with me”. Unless they came to visit me, my children didn’t really see me for five weeks but that was the type of person she was. She was thinking of everyone else.

‘I’m lost. I just don’t know how I’m going to get by without her. It’s not just through our illness, we’ve always been good friends because she was the older sister.’

Donna was told in July 2015 that her cancer of the fallopian tubes was in remission, just hours after finding out that Kerry had been given a terminal diagnosis. However, just ten months later, Donna was also hit with the news that her cancer had returned.

Even a day after her own chemotherapy, Donna was supporting her sister as she underwent gamma knife radiosurgery in Sheffield in a desperate attempt to prolong her life.

‘There was no way she was giving up. She was determined to get through it. She never once said that she’d had enough,’ Donna said.

‘Kerry started getting headaches in August last year and I started to feel unwell. They told Kerry in September they had found two brain tumours – one at the front of her head and one at the back.

‘In January, she started being really sick and they weren’t sure if it was the chemotherapy or if there was any difference on the scan and if the disease had grown any more. They tried everything to stop the sickness but there wasn’t anything.’

Kerry will be remembered at her funeral at Chanterlands Avenue Crematorium’s large chapel on Friday, June 21, where donations can be made to Dove House Hospice – a place both sisters hold close to their hearts.

Discussing her own fight, she said: ‘It’s hard for all of us. I finished chemotherapy about eight weeks ago and I’ve started a new drug. I’ve just had my scan results yesterday and again, I should be really pleased, because the disease is stable. Mine is still, even though its spread, it’s stable for now.

‘How long these tablets are going to work, it might just be weeks, months, we just don’t know. What I do know is I’ve had all the chemotherapy I can have. I’ve had three lots of chemotherapy and there isn’t anything else.’

After speaking to Hull Live about their joint-battle in 2015, in a bid to raise awareness around the disease, more than a thousand pounds was raised to fund a family trip to Disneyland in Florida to allow them to make memories together.

The family has thanked the community for the opportunity it gave them to give Lewis and Thomas lasting memories of their mum before she passed away.