A mother living a flat riddled with mould says her disabled seven-year-old girl has ‘fallen ill’ and now fears for her child’s health.

Mother-of-three Leane Thompson says she ‘cannot sleep’ in her Leeds Council home because the infestation is so severe, it has also spread to her 20-month baby’s cot.

Black mould is growing throughout the property, caking windows and walls in the living room and bedroom, forcing her family to share one room.

While the family bathroom is an ‘unusable bombsite’, with the fungus running rampant inside.

Doctors have now warned Leane the condition of her flat has had a ‘significant impact’ on her vulnerable little girl’s health. 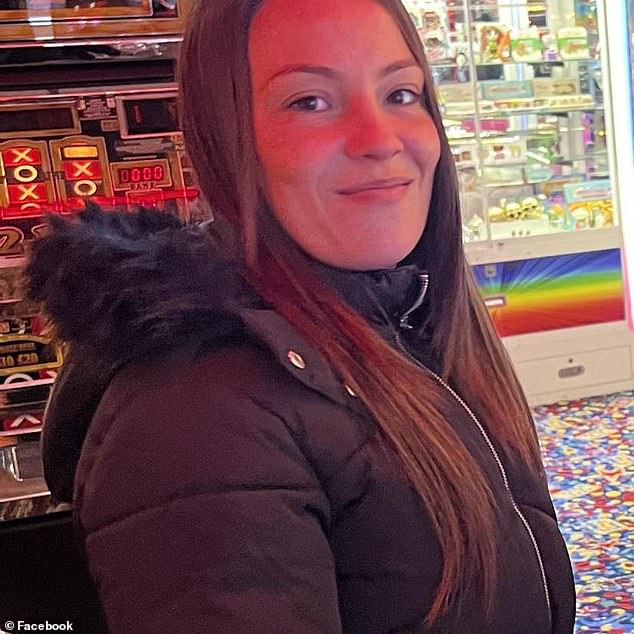 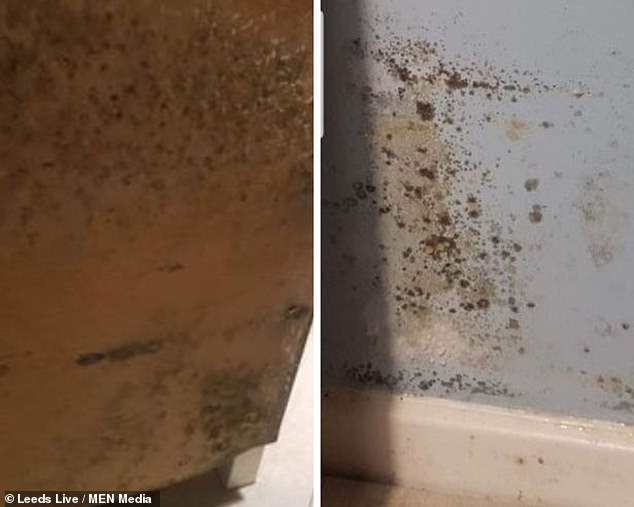 Mould has caked the walls of Leane’s council flat in Leeds, causing her disabled seven-year-old daughter to fall ill

Leane, who is a full-time carer for her daughter, said:  ‘I cannot sleep or eat worrying about my children’s health. The mould is making life extremely difficult and has split up my family.’

Leane’s mother lives in the same street and was able to give her two granddaughters refuge in her home.

But Leane and her nine-year-old son, who has ADHD and autism, are still living in the flat.

She added: ‘My daughter is unable to be in the property with the affects it’s having on her health.

‘My daughter has a very low immune system and very high cholesterol and taking pravastatins [heart tablets] for the rest of her life to avoid a stroke or possible heart attack. The council are aware of all this. 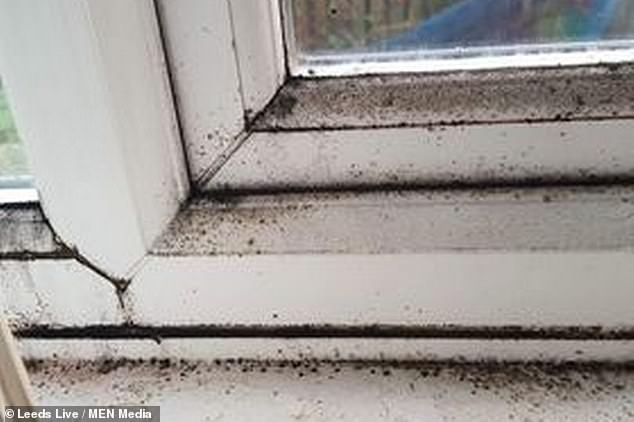 The black fungus has spread to every part of the flat, growing on walls, in the bathroom and on windows (pictured)

‘It has been confirmed by my GP that the mould and damp as had an impact on my child’s health and is now on antibiotics due to the council’s negligence.

‘At the minute it’s a hazard due to the cramped space and damp and mould in the bedroom.

‘I suffer with my mental health as it is and this is making life extremely difficult as it has split my family up until the problem is sorted.’

Leanne, who moved into the flat in 2013, claimed unfinished repairs in the bathroom have led to the mould building up and cramped rooms leaving ‘no space for the walls to breathe’.

She says she has repeatedly contacted the council since 2016 when the problem began.

Leane also had a property surveyor come to look at the flat. 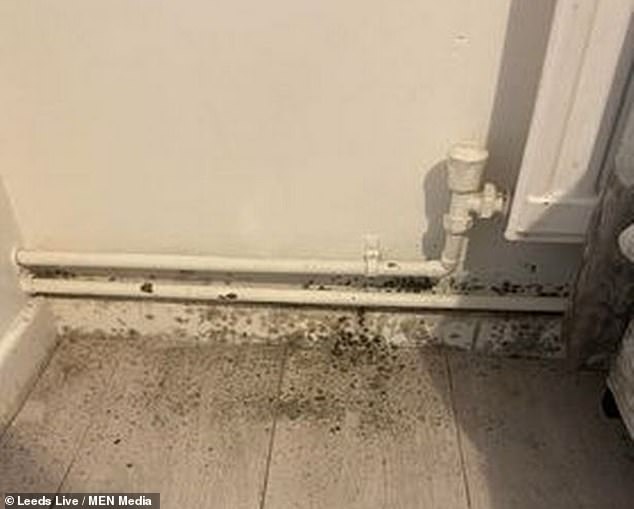 Leane, who has three children aged 20 months, seven and nine, said her youngest girl often crawls on the floor where there is mould (pi

She said: ‘He said due to the severity of my overcrowding, that is the reason the moisture is getting trapped behind furniture and causing the black mould.

‘But as two bedrooms are ridden in mould, I have nowhere to put furniture and have three children sharing the same bedroom which is obviously adding to the humidity making the black mould worse.

‘The surveyor Tony stated it’s a health and safety risk and poses a serious risk to my children’s health.’

Leane added: ‘There is a foisty musty smell in the bathroom and main bedroom where the children stay. They tell me it is disgusting.

‘My 20-month-old shuffles through the hall as she is still not mobile. My other daughter will not use the bathroom at all and now hates her showers, which she used to love. My son refuses to use the bathroom due to the tiles falling off. 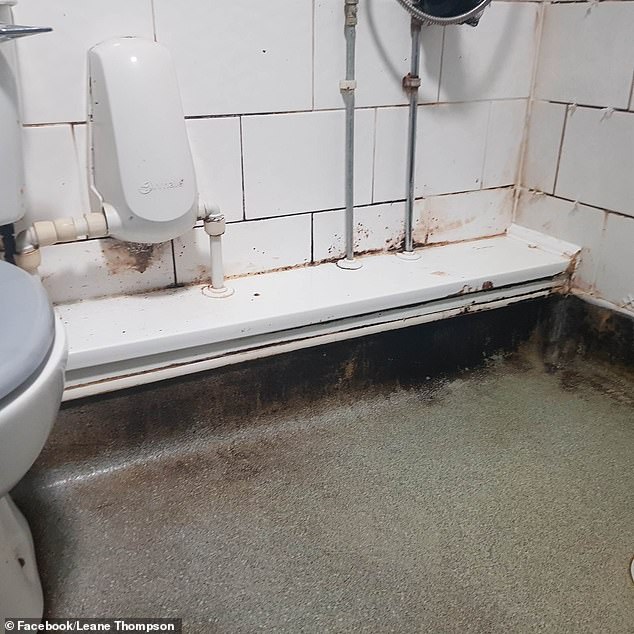 Leana says the family bathroom is ‘unusable’, with black mould caking the walls and floor

‘I’ve been lucky in the fact that there grandma lives in the same street so I can use her bathroom, but it’s still not the point – I should have an accessible bathroom.’

‘Our damp and mould team have tried to contact the tenant to arrange an assessment of the property.

‘Once the assessment has been carried out, we will ensure that any necessary works are completed in addition to sharing any practical advice that our team can give around damp and mould prevention.

‘The tenant’s housing needs have been assessed by the council and a priority award was made to reflect their urgent need to move due to overcrowding and the medical needs of the household.’