MPs have voted for the Government’s strike bill that would set minimum service levels for frontline workers holding industrial action.

Ministers had introduced the bill in the wake of strikes by rail workers, nurses, ambulance staff and civil servants in recent weeks, that has seen the country grind to a halt.

The bill, which had been harshly criticised by unions, gives ministers the power to draw up minimum service laws, that could see workers fired if they refuse to work during a strike.

After a fiery debate in the House of Commons tonight about the proposals, MPs voted to accept the first reading of the bill by a margin of 60, with 309 voting in favour compared to 249 against. 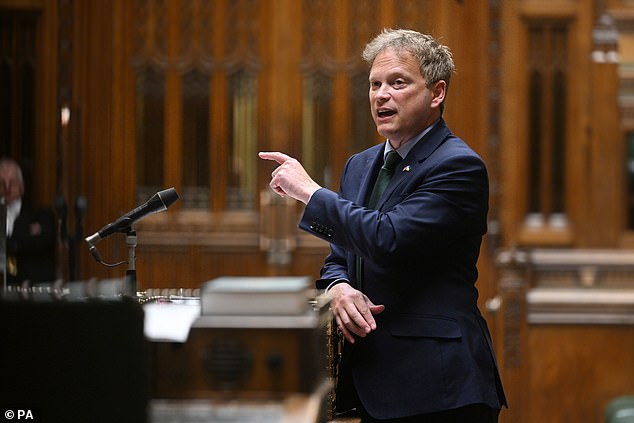 Business Secretary Grant Shapps, pictured here on January 10, introduced a second reading of the bill into the House of Commons tonight 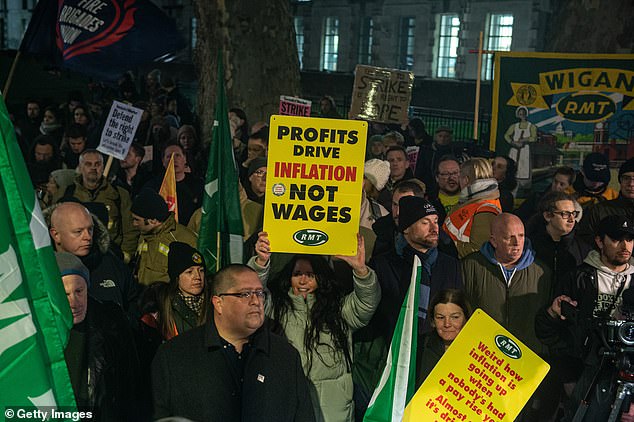 Introducing the Strikes (Minimum Service Levels) Bill to parliament earlier in the night, Business Secretary Gran Shapps said the public had ‘had enough of the constant, most unwelcome, frankly, dangerous disruption to their lives’.

He added there are ‘millions of people who rely on essential transport to get to work or to family commitments who every day have the extra stress of worrying about making alternative arrangements, sometimes costly arrangements, because of these forever strikers’.

Mr Shapps went on: ‘There comes a time when we can’t let this continue and that is why we need minimum safety and service levels – to keep livelihoods and lives safe, and it’s frankly irresponsible, even surprising, for the opposition opposite to suggest otherwise.’

Labour has accused the Government of ‘threatening nurses with the sack’ with their plans, which have been introduced amid a bitter pay dispute between ministers and unions.

Mr Sunak is facing a huge battle to get the legislation through Parliament, with opposition MPs and peers gearing up for a fight over the proposed laws.

He presented the bill for its second reading in front of MPs this evening with a warning that it would be ‘irresponsible’ for opposition parties to oppose the Government’s efforts to ‘keep livelihoods and lives safe’ during strikes.

The Business Secretary warned that continuing to rely on voluntary arrangements between unions and NHS trusts during strikes by health workers was not sustainable. 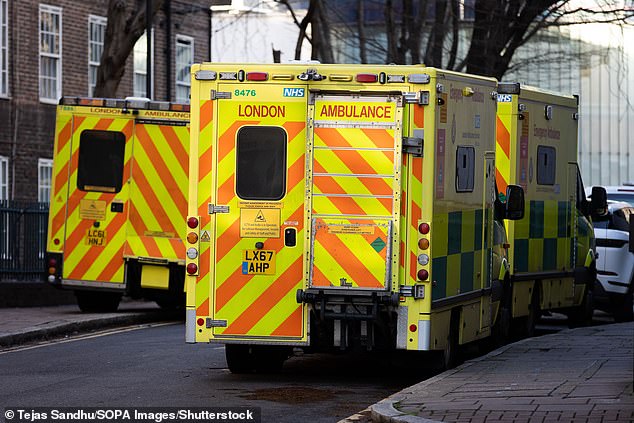 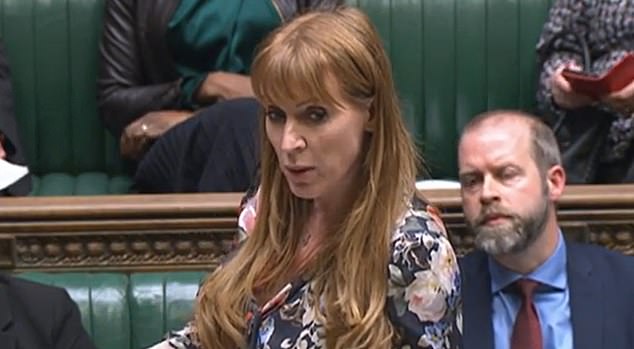 Angela Raynor, deputy leader of the Labour Party, hit out at the Government’s plans and the ‘tone’ of his remarks

‘We can’t continue to rely on voluntary arrangements to ensure the safety of people we represent,’ Mr Shapps told the Commons.

‘After all, strokes and heart attacks don’t respect the boundaries of, for example, trust borders, and I’m intrigued to know what the members opposite would actually say to their constituents, perhaps to grieving constituents who’ve lost loved ones because of some sort of postcode lottery.’ 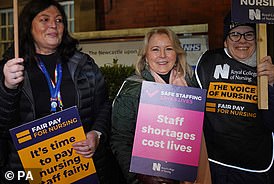 Labour’s deputy leader Angela Rayner hit out at the ‘tone’ of Mr Shapps’s remarks in the Commons this evening and demanded he ‘reflect’ on his comments.

Confirming her party would vote against the bill’s second reading, she told MPs: ‘I cannot recall a measure that is at once so irrational and so insulting.

‘Not only is it a vindictive assault on the basic freedoms of British working people, but this legislation is as empty of detail as it is full of holes.

‘So, we will oppose the sacking of nurses’ bill and not just nurses, but also many of the key workers who we clapped and who kept our services going in the face of the pandemic.

‘We will vote against it tonight and the next Labour government will repeal it.’

The Liberal Democrats and SNP are also set to vote against the bill’s second reading tonight.

Meanwhile, to coincide with this evening’s debate in the Commons, trade union leaders who spearheaded recent strikes staged a demonstration outside Downing Street against the ‘hostile’ legislation.

Members of the PCS union, which has recently held a Border Force strike, and the RMT union, which has staged regular strikes on the railways for months, both attended the Westminster rally.

The Strikes (Minimum Service Levels) Bill is part of Mr Sunak’s response to the ongoing ‘winter of discontent’.

Nurses, ambulance drivers, rail workers, and border officials – as well as many other workers – have all brought widespread disruption to Britain with walkouts in recent months. 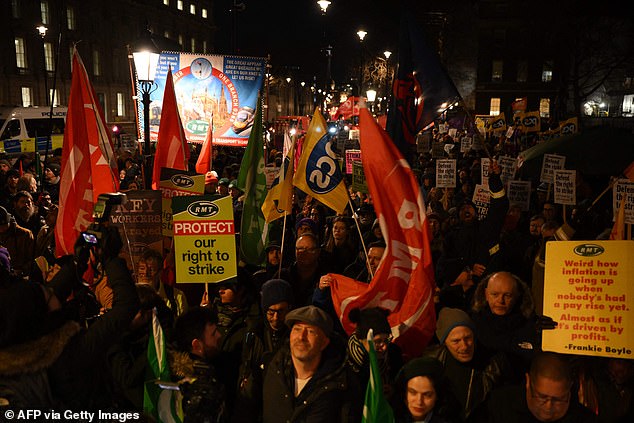 The bill seeks to give the Government the power to set minimum service levels for NHS, fire, education, transport, nuclear decommissioning and border security services.

It does not set out what minimum service levels should be, or what they should be based on, but gives ministers the power to impose minimums through secondary legislation.

New law should be brought in to stop union barons from putting ‘lives at immediate risk’ because voluntary cover during recent strikes was not enough to ensure patient safety, Health Secretary says 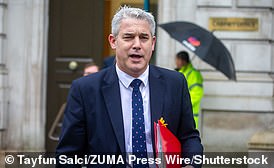 The PCS union encouraged its members to join tonight’s demonstration outside Downing Street with flags, banners and placards.

The union’s general secretary Mark Serwotka said: ‘This bill puts power in the hands of the wrong people.

‘It gives all the power to ministers and employers instead of our members who are being denied their democratic right to strike.

‘It paves the way for workers who have voted for strike action being sacked if they refuse to turn up for work on a strike day.

‘We shall oppose this hostile legislation to protect our members’ rights.’

Protesters chanted ‘f*** the Tories’ and ‘the people united will never be divided’ and others banged drums as they gathered in Westminster.

Speaking at the protest, Jo Grady, general secretary of the University and College Union, said she was ‘keeping warm’ by thinking about how National Education Union (NEU) teachers had earlier voted to strike.

‘It’s absolutely freezing but you know what’s keeping me warm? The NEU just smashed their ballot,’ she told the crowd.

‘Picket lines, democracy, we are the champions of them and we are not going to accept any extra conditions on our ability to do that.’

Clare Keenan, from the PCS, described the Bill as an ‘attack on my human rights and those of my fellow workers’.

She said: ‘You can’t make people go to work five days a week and having to use food banks and removing their ability to protest.

‘It’s just a hurdle that they’re putting in the way to stop workers from taking industrial action.’

He said: ‘I think the Government is chancing its arm because the last time it tried something like this was the 1970s… It’s worse than a sin, it’s a mistake, because they’re likely to get a bloody nose like they did back then.’

Cage fighter who murdered his teacher ex-girlfriend, 47, and tried to kill her 15-year-old lover is jailed for life