A MUM has relived the horror of finding her six-month-old kitten left for dead after being shot with an air rifle.

"Beautiful" little Fred suffered a broken leg and had a pellet lodged in his bladder following the "mindless" attack. 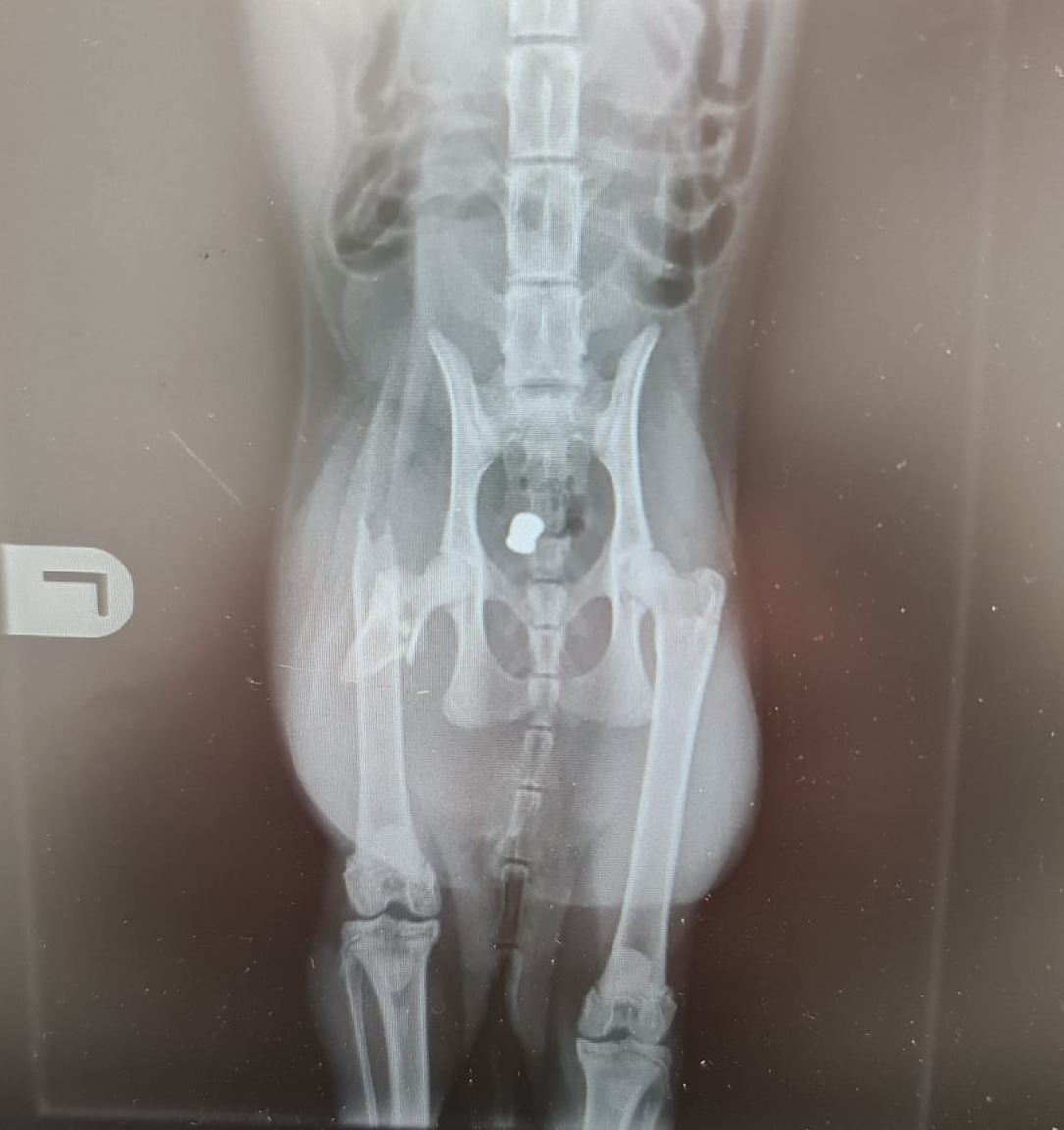 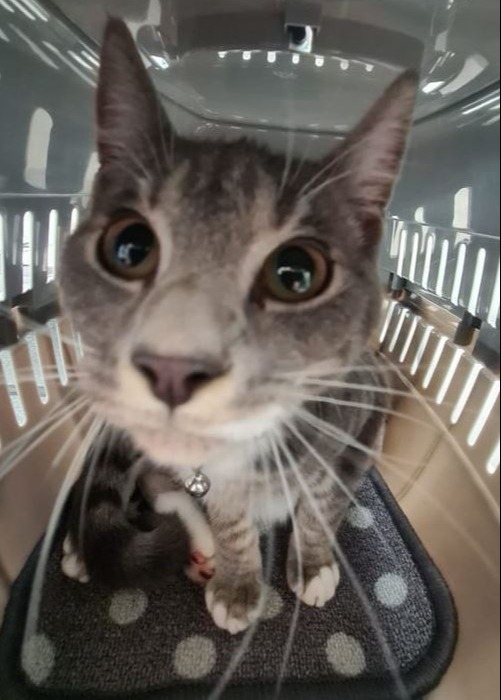 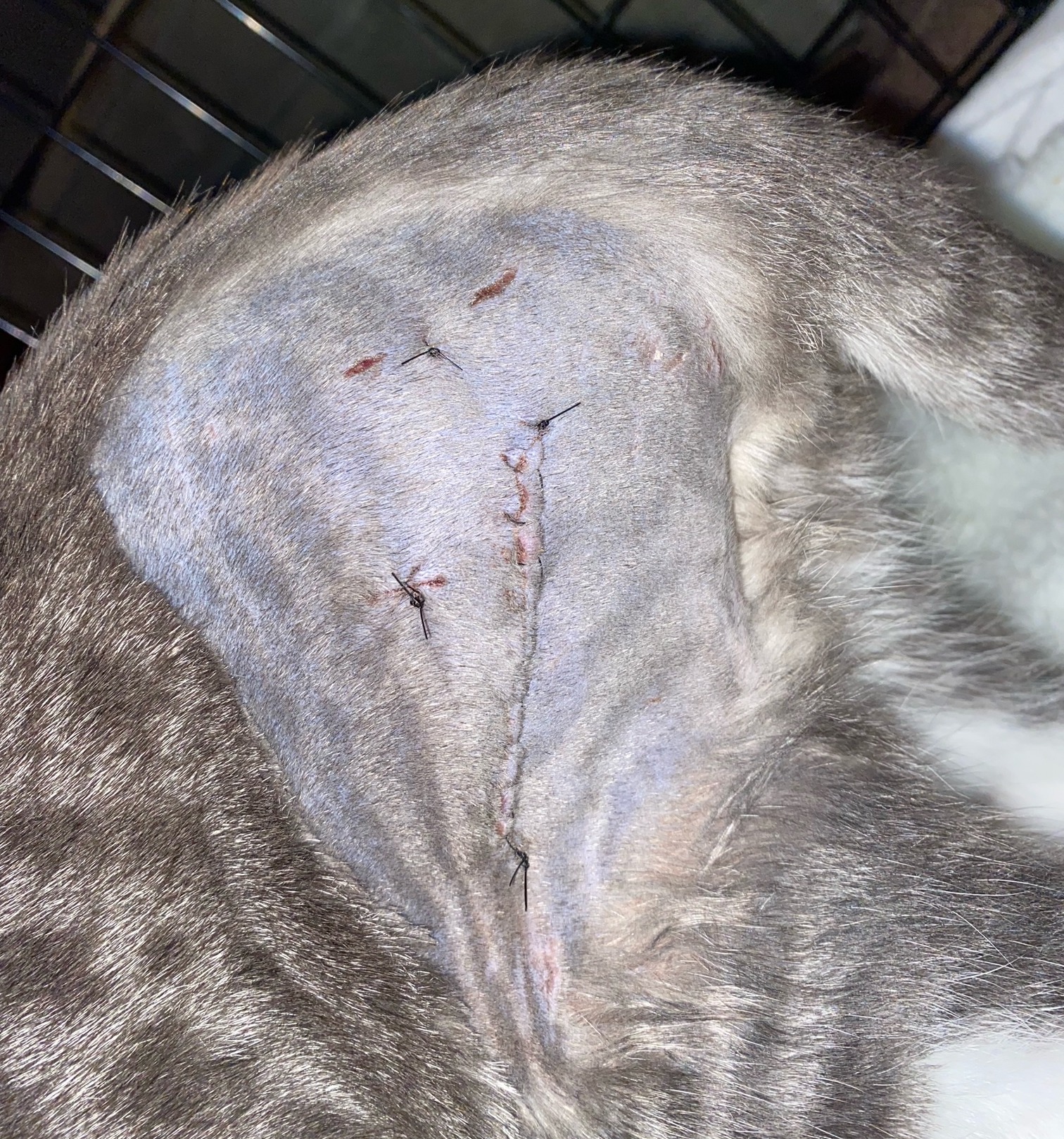 His owner Donna Neve told The Sun Online: "I was so upset and filling up with tears.

"I sat down just in shock. I was like 'what, he's been shot?' Even the vet was upset and angry.

"We both asked what sort of a*****e does something like that to a defenceless kitten?

"It was an awful shock to us all."

The grey velvety cat required emergency surgery – which set the family back £1,850.

And while Fred may be on the mend, Donna fears there is an "idiot gunman" on the loose and has issued a stark warning to other pet owners to beware.

"This is totally disgusting and completely heartbreaking," she added.

"It's very frightening for all our neighbours with cats and other pets, worrying some idiot is shooting them."

Donna had been away with her partner and children on a half-term break when the kitten went missing.

He and his sister Dusty had been fed by her parents as normal that morning, but Fred failed to return home for dinner – which was "most unlike him".

Donna's dad went out in search of the feline, but headed home after having no luck for more than an hour.

He went out again later that night as panic set in but there was still no sign of Fred.

After a "long and stressful night of worrying", Donna's husband Dan raced home from their holiday to join the search party.

She said: "He got in the car as soon as we knew he still hadn’t come home.

"I had to stay with our children, but we all wanted to come straight home and help look for our beautiful little boy.

"I was so upset that he was out all night and not knowing what was wrong.

"I really didn't want to get that horrid call from the vets."

It was totally heartbreaking to see our Fred like that. It's been horrid.

Eventually the family found the kitten "hiding, scared and badly injured" on top the shed where he let out a "very faint cry".

"He was not interested in treats, his favourite thing, and was very quiet, scared and injured bless his heart," Donna said.

"Dan phoned me in tears. He could see that he had an injured back leg as he couldn’t walk on it, and was obviously in pain.

"It was totally heartbreaking to see our Fred like that. It's been horrid."

The cat was rushed straight to the vets where they determined he had been shot by an air rifle.

Fred had a broken femur, either from the impact or a fall after the shooting, as well as the pellet lodged inside him next to his bladder, as shown on his X-rays.

"They said it is possibly safer to leave the pellet in as it very luckily has not damaged his insides," Donna said.

"They are planning to pin his leg to repair it, or they will have to amputate it."

The Neves were handed a £1,850 bill, which sadly wasn't covered by their insurance, so they set up a fundraiser to help with the costs.

Donna said: "All of this because some stupid person feels the need to shoot at animals using an air rifle.

"It has been a very traumatic experience for him and all of us. But I am so pleased he is alive and home, and getting better slowly.

"He looked so happy to see us when he came out, but also so sad and in discomfort. He came up to us giving us headbutt kisses.

"We have a huge bill to pay, so feel free rifle shooter to come forward and put your hand in your pocket!"

Poor Fred must also stay in a cage for two weeks to stop him jumping on his leg, and he is also a "cone head" for a fortnight to keep him away from his stitches.

The incident, which is believed to have happened between 4pm and 6pm on October 23 near Sheppeys in Haywards Heath, West Sussex, is being investigated by police.

A spokesperson for Sussex Police said: "Police received a report on Sunday 24 October from a cat owner reporting that he had found his cat injured in Acre Close, Haywards Heath.

"The cat had been taken to a vet, who believed the animal had been shot at with an air rifle.

"The incident is believed to have happened sometime between Friday evening (22 October) and 4.30pm on Sunday (24 October) while the owners were away."

Officers urged witnesses or anyone with information to come forward, quoting serial 923 of 24/10. 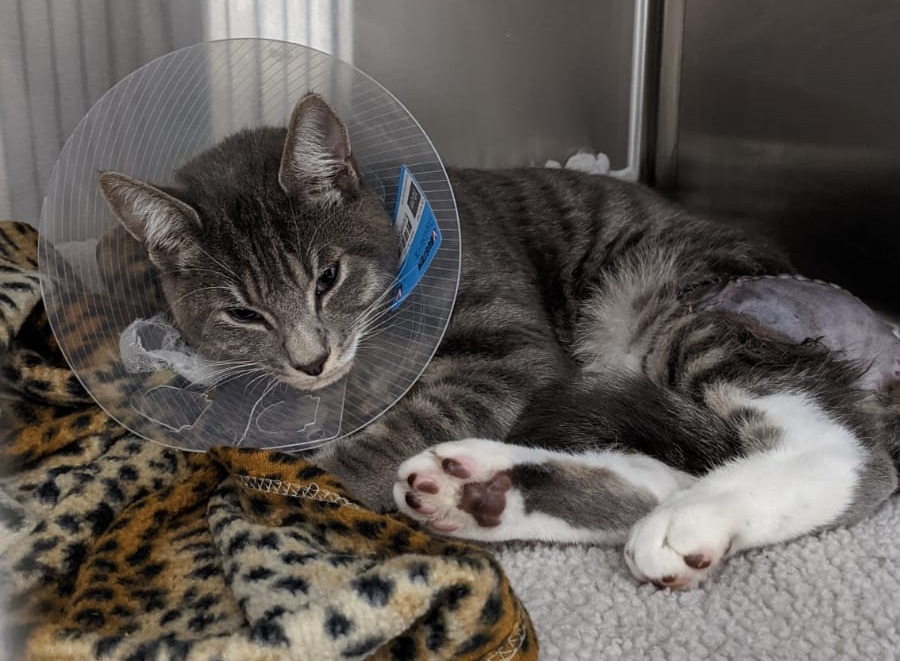 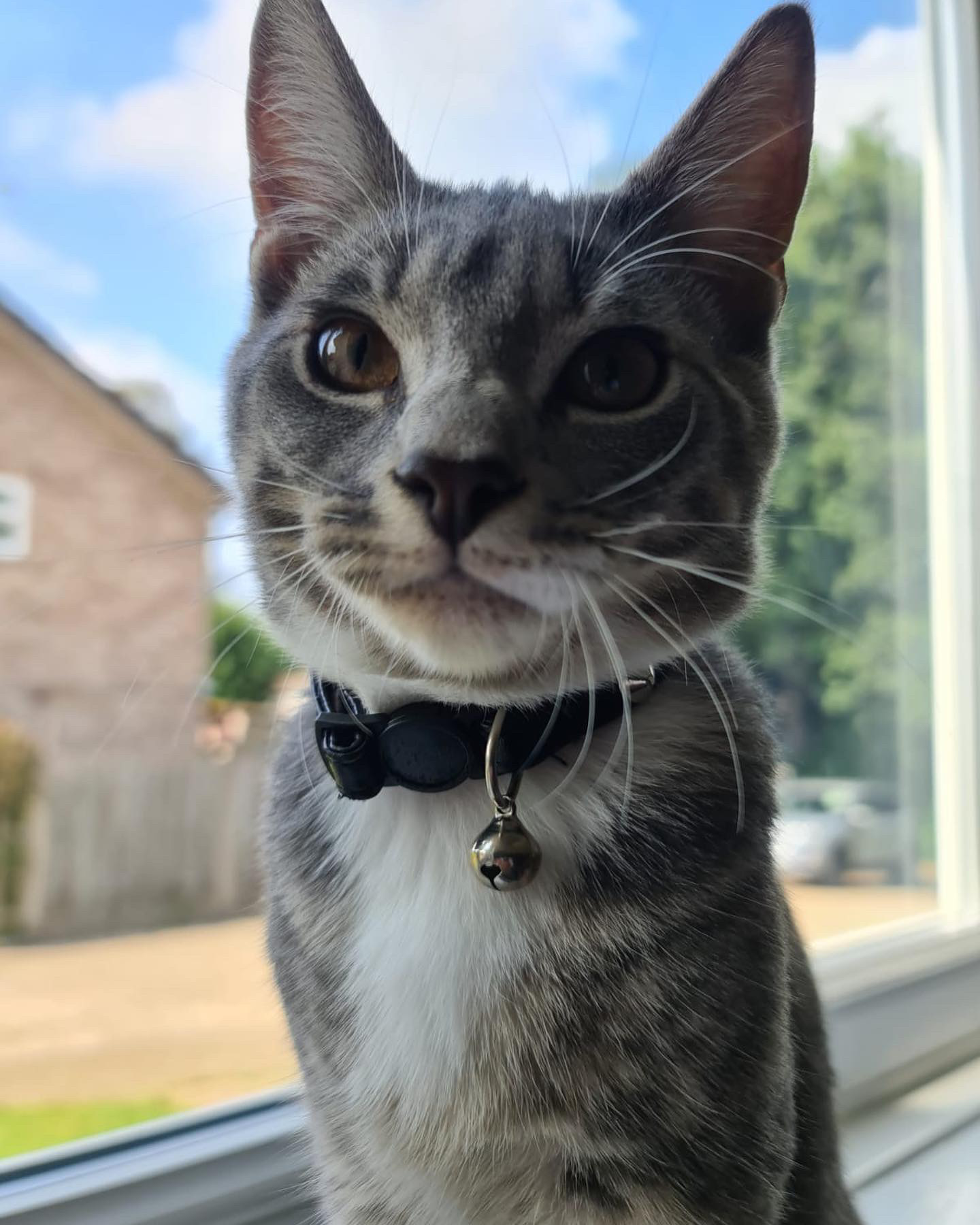 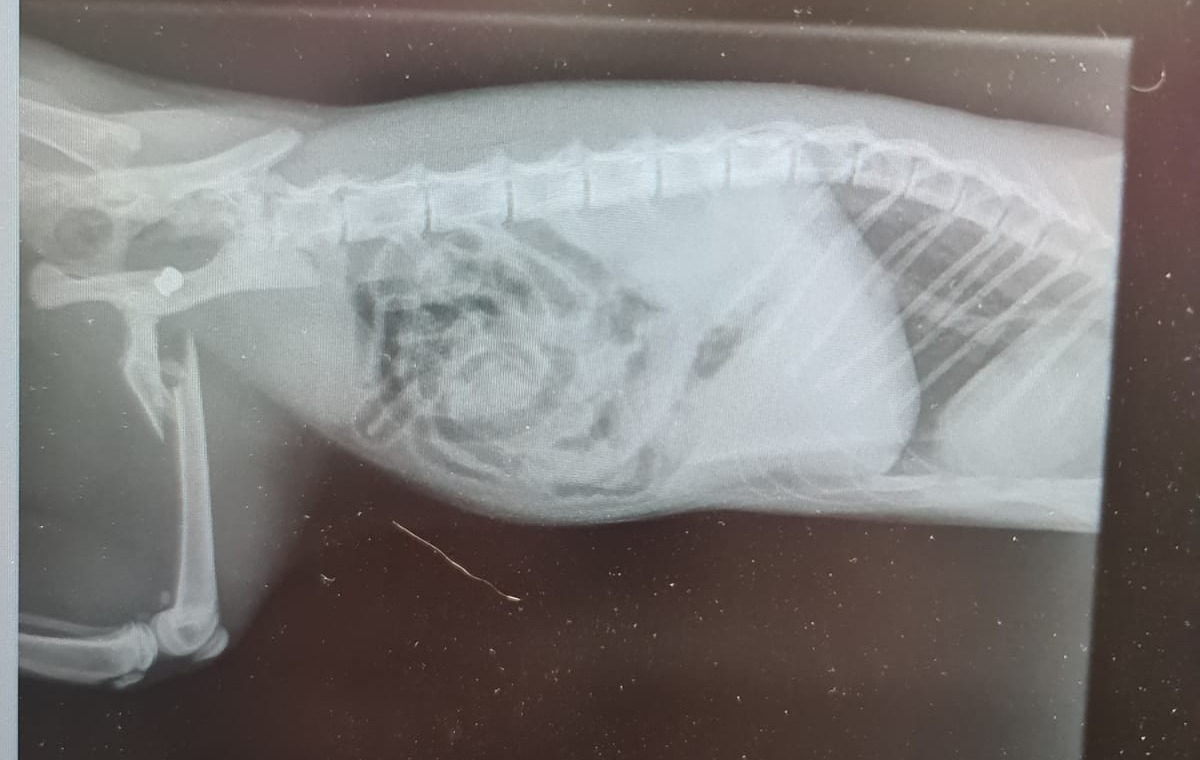 What is a spider wrangler?

Theresa May will be gone in 10 days, ministers predict — as Cabinet unites in wanting her out over hated Brexit deal