EXCLUSIVE: Mother of football-mad boy who lost his legs to a devastating infection after falling ill during family shopping trip to Ikea is suing NHS for more than £10million

The mother of a boy who lost both his legs to a devastating infection after dramatically falling ill during a family shopping trip to Ikea is now suing the NHS for more than £10 million.

Romeo Hadley, now 11, lost both his legs when they were amputated above the knee as he was suffering from a devastating rare infection.

His mother Kate Hadley claims that if he had been diagnosed earlier – as she believes he should have been – his legs could have been saved.

Now Mrs Hadley, 51, from Cardiff, is claiming damages from Cardiff and Vale University Health Board over his treatment in January 2015 when Romeo was just three. 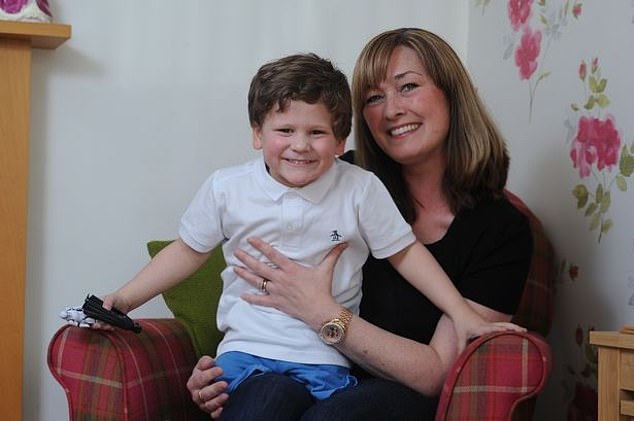 Romeo Hadley, now 11, lost both his legs when they were amputated above the knee as he was suffering from a devastating rare infection 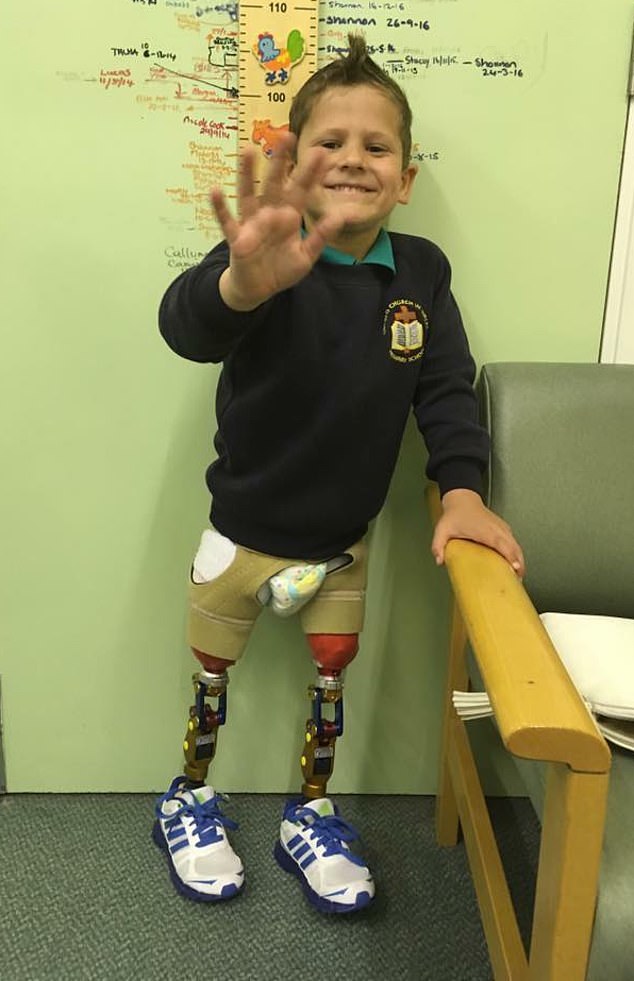 His parents had rushed him to the emergency department at University Hospital of Wales after he suffered sudden pain in his legs while the family were shopping in Ikea, and he was screaming in pain as a large rash spread over his bottom and thighs.

He was given morphine and admitted to a ward where he was recorded as vomiting, and very thirsty, and had abnormal blood test results, according to a writ issued in London’s High Court.

He was initially treated for the wrong condition before doctors realised that he was suffering from the extremely rare infection purpura fulminans.

The rare thrombotic condition affects around one in every 500,000 to 1 million young children, according to Medscape.

The writ details how the rash increased, spreading over a much larger area of his legs and bottom, and after medical staff were unable to find pulses below his thighs, he was sent for life saving procedures called fasciotomies – surgical cuts – to release tension in his legs, the writ says. After surgery he was cared for in intensive care. 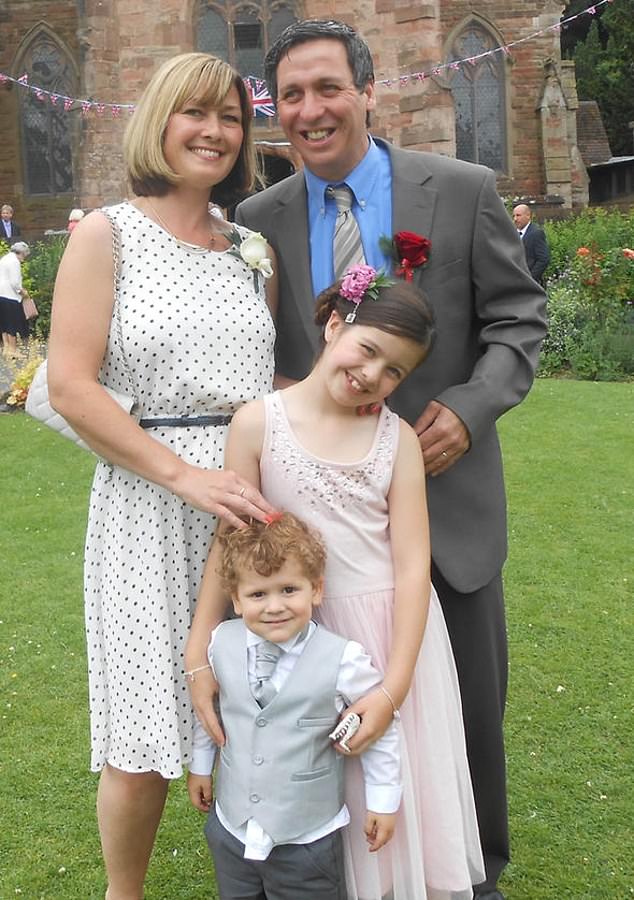 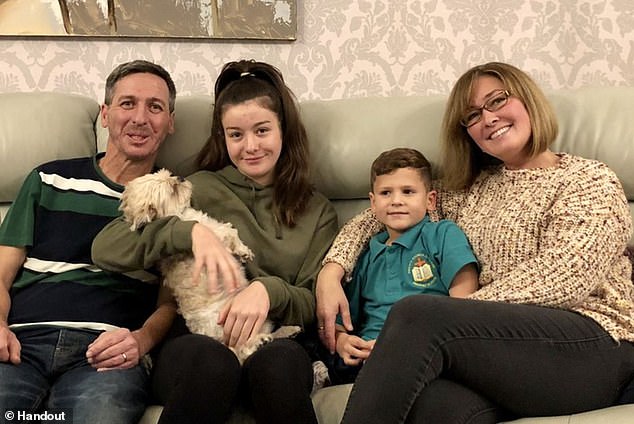 Romeo had to have his legs amputated above the knee, then above the thigh, and has since had 36 operations 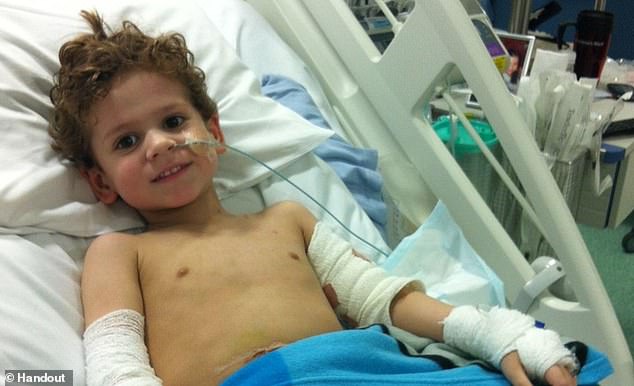 Two days later, his legs were cold to the touch, and a vascular surgeon found his leg muscles had become necrotic, with the tissue dying. His condition deteriorated, and on January 20 his legs were amputated through the knees in a ten-hour operation.

Surgeons also carried out a colostomy to protect his wounds and dressings.

On January 23 he underwent revision surgery where his legs were amputated near the top of his thighs, and the next day he was transferred to Bristol Royal Hospital for Children.

The youngster who had been football mad before his illness then spent almost six months in hospital and endured 36 follow-up operations and other invasive medical procedures.

Purpura fulminans is a rare syndrome that affects approximately one in every 500,000 to one million births, according to Medscape, with only a few cases have been reported in adults.

It is a rapidly progressing life-threatening disorder.

It is normally caused by a defect in the protein C system – which inhibits blood clotting.

This defect can be for a variety of reasons, such as a natural mutation in genes, or severe lack of availability in blood due to liver failure.

It manifests as blood spots, skin lesions, bruising and discolouration of the skin.

Lesions often progress within 24 to 48 hours to skin or tissue necrosis, which is the death of most or all of the cells in an organ or tissue due to disease, injury, or failure of the blood supply.

These can take between four to eight weeks to heal.

Without treatment, these areas may become gangrenous, leading to loss of limbs.

Purpura fulminans is a presenting feautre of severe acute sepsis.

Mrs Hadley says the clinical picture on January 15 was clearly one of the rare condition purpura fulminans, which should have been immediately recognisable, and should have been obvious to any competent paediatric doctor.

However doctors had thought he was suffering from Henoch-Schonlein Purpura – HSP – which causes small haemorrhages with joint and abdominal pain, a widespread rash, and usually gets better within a few weeks without treatment, it is alleged.

Romeo’s leg pain was so severe he needed treatment with morphine, and his heart rate steadily increased until it was 190 beats per minute, the writ says.

His mother says that in believing Romeo was suffering from HSP and not to have seeken separate consultant advice doctors acted negligently.

If Romeo had been reviewed, a reasonable consultant paediatrician would have immediately recognised the overwhelming clinical picture of severe purpura fulminans, she says.

Romeo’s legs were moving freely when admitted and if he had been treated appropriately the previous night, his legs could probably have been saved, although he might have lost some toes, the writ claims.

He would also have avoided the colostomy which was needed because of the high level of the amputations, it is alleged.

A spokesperson for Cardiff and Vale University Health Board said ” We appreciate that this is a very sad and difficult situation for Romeo, his family and our staff members. However, due to the on-going litigation, we are unable to comment any further at this time.”

Romeo has since had prosthetic limbs fitted and was filmed using them in 2018.

Mrs Hadley said in an interview then: ‘My husband and I are here to just make him psychologically strong enough to cope with life in the future.

‘Romeo loves life, he’s gorgeous, and he’s absolutely the happiness in this house.

‘He gets on with life… he enjoys every single moment.’

‘We stay very positive for Romeo because he is positive.’

Mrs Hadley and her husband Jon, 51, a dental technician, adopted Romeo in December 2013 after having difficulties conceiving a second child. They are also parents to daughter Seren.

Woman tells how was 'spiked by needle' while visiting Christmas market