A 28-year-old North Carolina man was arrested and charged with first-degree murder Thursday, nine years after the cold case killing of a University of North Carolina-Chapel Hill student.

UNC sophomore Faith Hedgepeth, 19, was found fatally beaten and possibly raped in her off-campus apartment in September 2012. She was naked from the waist down and propped up against her bed in a pool of blood, according to FOX 8 in High Point, North Carolina.

A note that said “I’m not stupid b—- jealous” was found near her body.

Miguel Enrique Salguero-Olivares, 28, was arrested on Thursday after his DNA matched some at the scene. He wasn’t a suspect at the beginning of the investigation, Assistant Chapel Hill Chief of Police Celisa Lehew said in a Thursday news conference, according to The Hill. 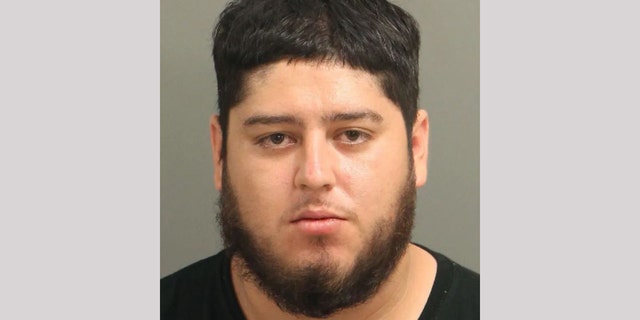 He was booked into the Durham County jail without bond.

Officials have not given a motive for the murder.

“I didn’t do anything but cry and thank God and praise God,” Hedgepeth’s mother Connie said after his arrest. “When I cried, it was tears of joy, tears of relief knowing that someone had been arrested in the case.”

Salguero-Olivares’ DNA matched some collected through semen found at the crime scene and a composite description made entirely through the DNA, FOX 8 reported.

“This investigation is not complete. Our work is not done,” Lehew said, according to The Hill. “We will continue to work this case until every lead has been extinguished and any parties that have a role in or knowledge of this tragedy are brought to justice.”